“It was a very good year,” bassist Lewis Rollinson begins. In 2016 Trudy and the Romance followed up their debut single ‘Behave’ - produced by Spring King’s Tarek Musa, no less - with a string of thunderous tracks. They upped the ante with fiery, adrenaline-fuelled slices of their patented “mutant 50s pop,” including the incendiary cut ‘Wild’ and brooding ‘My Baby’s Gone Away.’ It’s a year that’s proved there’s a heck of a lot more to the trio than just doe-eyed doo-wop.

But as lead singer Oliver Taylor points out, “it’s been a really weird year actually, because we’ve just gigged a lot more really!” The band have just rounded off a jaunt around the country with The Big Moon, which is the cherry on the cake for their touring schedule. Lewis cites playing at Gold Sounds in Leeds as one of their highlights, as well as their set at The Great Escape in May. The coastal town left a big impression on Oliver. “If we can afford it I think we’re going to live in Brighton,” he says. “I do feel like I’d want to be beside the seaside.”

Back then they were known simply as Trudy, but after some legal wrangles, they were forced to add “and the Romance” to their moniker. Helpfully, it’s a suffix that’s the perfect fit to describe their doo-wop-tinged rock, but surprisingly that’s not always how things begin. “We start off where the tracks sound quite different and quite niche and then we make it more poppy as we go. It’s a weird one,” Oliver explains. “It all starts quite lo-fi and with a B-movie vibe to it, and it’s kind of trashy and odd. Then we kind of rein it in a bit. That’s where it gets the quirk from.”

Their latest track ‘Sandman’ is a blustery number that typifies that off-the-wall edge, echoing The Cordettes’ 1954 classic ‘Mr Sandman’ in its call-and-response structure, albeit smothered in ramshackle guitars and fevered vocals. Nevertheless, its roots do partially lie with the sound of classic girl groups. “It was inspired by 60s groups like The Shirelles and The Ronettes,” Oliver says. Producing the track helped the trio consolidate their sound, and offers a taste of what to expect from them in 2017. “I think everything came together then, because it was the sound that we wanted to move forward with as a band. It was a big step for us,” Oliver explains. “We’ve actually started to realise that we can do an album.” But if you think they couldn’t get any rougher around the edges, think again: “We maybe want to be a bit more ramshackle. You get tempted to rein it in a bit for radio and things and then realise that’s a bit daft.” 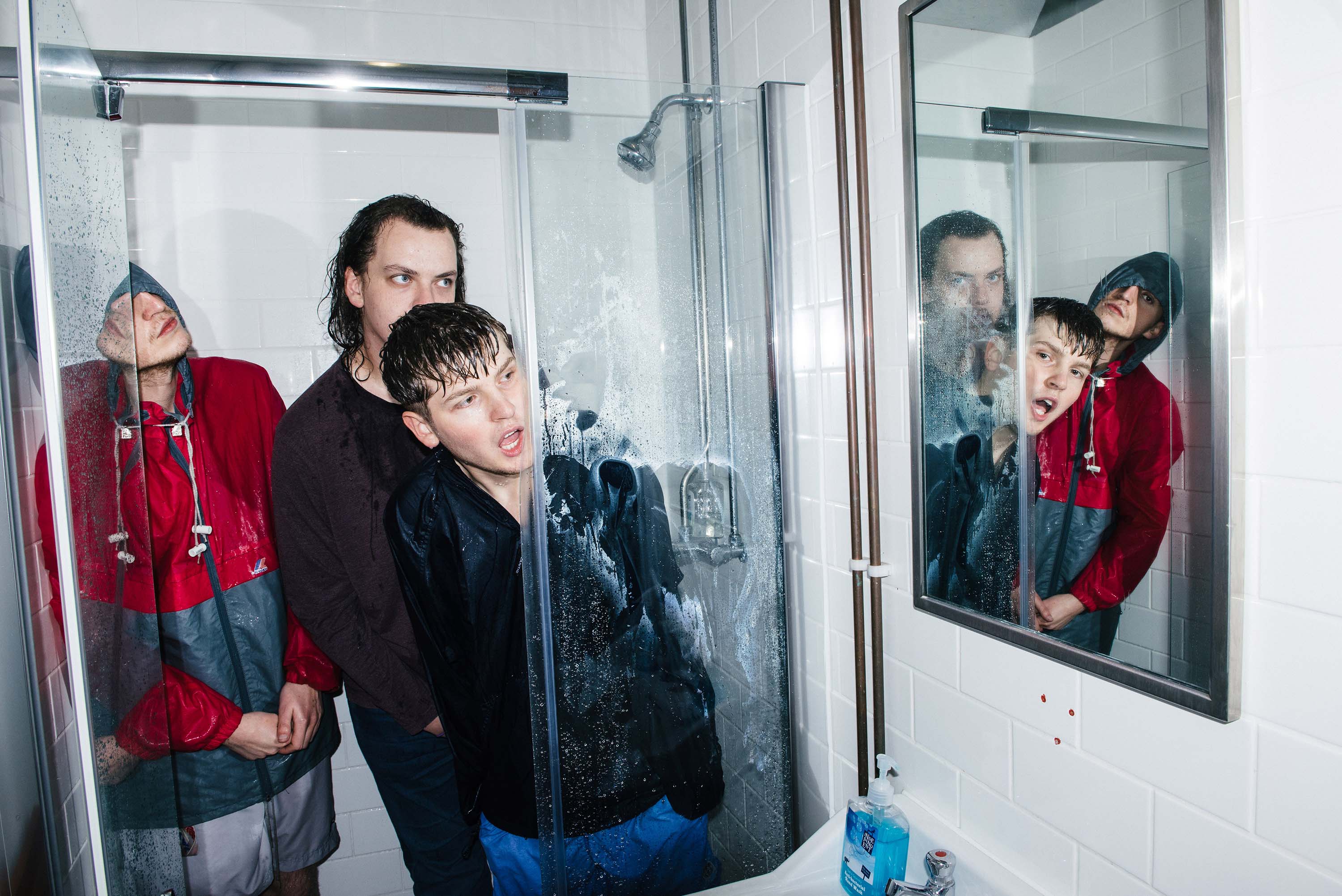 Holding back definitely isn’t on the cards for Trudy, so unsurprisingly they’ve got some pretty ambitious goals for next year. “We want to go to Texas and we want to release an album and an EP,” says Oliver. “We want to make loads of music videos and do a few dates around Europe, that’d be cool. And doing more headline shows!” Lewis confirms that that the EP is already in the works: “We’re going to start recording it at some point soon.”

One thing that isn’t on the cards anytime soon is changing their personality-filled Twitter presence. As drummer Brad Mullins eloquently puts it. “We’re fucking mad on Twitter.” “I like being silly on it and not taking it too seriously,” Lewis chips in. Apparently, their antics on social media have gained them a few high profile fans: they’ve allegedly had interest from Chloë Grace Moretz, Abbey Clancy and Tay Zonday. You know, the guy who did ‘Chocolate Rain’ on YouTube. Lewis is particularly proud of that one.

Not that the group really cares for the attention. “We keep getting these big Hollywood names but we don’t care,” says Oliver. “We just keep blocking them!” Lewis adds. Let’s be honest; when you’ve got a sound as gloriously bombastic as Trudy and the Romance, you probably don’t need the support of the ‘Chocolate Rain’ guy anyway...

Listen to Trudy and the Romance’s brand new cover of Elvis’ ‘I Want You, I Need You, I Love You’

Photos: Mike Massaro. Taken from the December 2016 / January 2017 issue of DIY, out now. Subscribe below.