Yesterday, alt-J shared ‘3WW’, their new single featuring none other than Ellie Rowsell of 100% legends Wolf Alice. The track is an all-encompassing trip through traditional British folk that then morphs into a silky smooth modern monster, and it got us thinking - what are some of indie’s other great link-ups? We’re not forgetting about Kylie’n’Robbie, Dolly’n’Kenny et al, but thinking of some of DIY’s absolute faves joining forces. There’s been quite a few, and the results are nothing but stellar.

From Arcade Fire giving David Bowie his moment at the end of mammoth comeback song ‘Reflektor’ to Bastille and HAIM making thousands of fans’ dreams, we’ve digged up some of our favourite indie guest spots, and splurged about why they’re so damn good.

Arcade Fire and David Bowie have been pals since the beginning. The pair teamed up for an earth-shattering live rendition of 'Wake Up' back in 2005, when the Montreal band were still wee babies, and the collaboration didn't stop there. When Arcade Fire released comeback single 'Reflektor' towards the end of 2013, a deep, unmistakable voice presented itself for a few lines at the end of the massive, near-eight-minute track. Trust Bowie not to try and steal the show but saunter in for a repeated refrain before departing as swiftly as he came. He managed to steal said show without a second of doubt though, as only he could do. With James Murphy also on production duties for the track and album, this was a link-up dreams are made of.

Metronomy ft Robyn - Hang Me Out To Dry

When Metronomy released their fifth album 'Summer 08' last summer, the real gem came in the form of 'Hang Me Out To Dry', a collaboration with none other than pop behemoth Robyn. The track's maybe more understated than the sum of its parts might have suggested, but the Swedish star does a pretty brilliant job at being the ying to Joe Mount's yang, and provides the album's highlight in the process. More Robyn feature spots on indie albums please!

What could possibly make 'Bury It', one of the highlights of Chvrches' monstrous second album 'Every Open Eye', more of a certified solid gold banger? Ah yes, letting Paramore's Hayley Williams have her way with the track's second verse should do it. The sparks flying between Williams and Lauren Mayberry are infectious, and the fact that the pair have only performed the track live together a handful of times is an absolute shambles, if we're honest. We wanna see 'Bury It' ft Hayley - the coming together of two of the best vocalists around at the moment - bloody everywhere in 2k17, please. Thanks.

'3WW' isn't the first time alt-J have utilised the Indie Guest Star, and they even went one further on 'This Is All Yours' album track 'Warm Foothills'. Not content with having one guest come in for the track, Gus, Joe and Thom managed to splice together three sets of guest vocals, along with their own, to make a beautifully mis-matched little trip. Starting with the to-ing and fro-ing of Conor Oberst and Marika Hackman (of course), the track also features Lianne La Havas, if all the previously mentioned stars weren't quite enough. If you're all at the same festival this summer, lads, we'd love to see this recreated live. G'wan.

Sad lads, unite! We reckon that quite a few dreams came true when Justin Vernon - aka Bon Iver, of course - popped up to add vocals to James Blake's new single 'I Need A Forest Fire', from last year's 'The Colour In Anything' LP, and it provided the album's undoubted highlight. Who knows what the pair are singing at the start - anything from "an avocado" to "we never cuddle" to the probably correct but much less hilarious "another shade / another shadow" have been guessed at - but the new link-up, and its brilliant live debut at last year's Glastonbury, are everything we wanted.

Bastille's 'VS' mixtape reaped some pretty brilliant rewards, with Angel Haze, Lizzo and MNEK all involved. The highlight, though, came via HAIM's link up with Dan and co. on 'Bite Down', a big, bright pop song that has all the bounce of a kangaroo and successfully manages to team the mountain of stadium-ready choruses the two bands have created on their own in the past to create a pop monster. More of our favourite pop bands coming together for tracks as good as this, please.

Listen to our Spotify playlist of the best indie guest spots below. 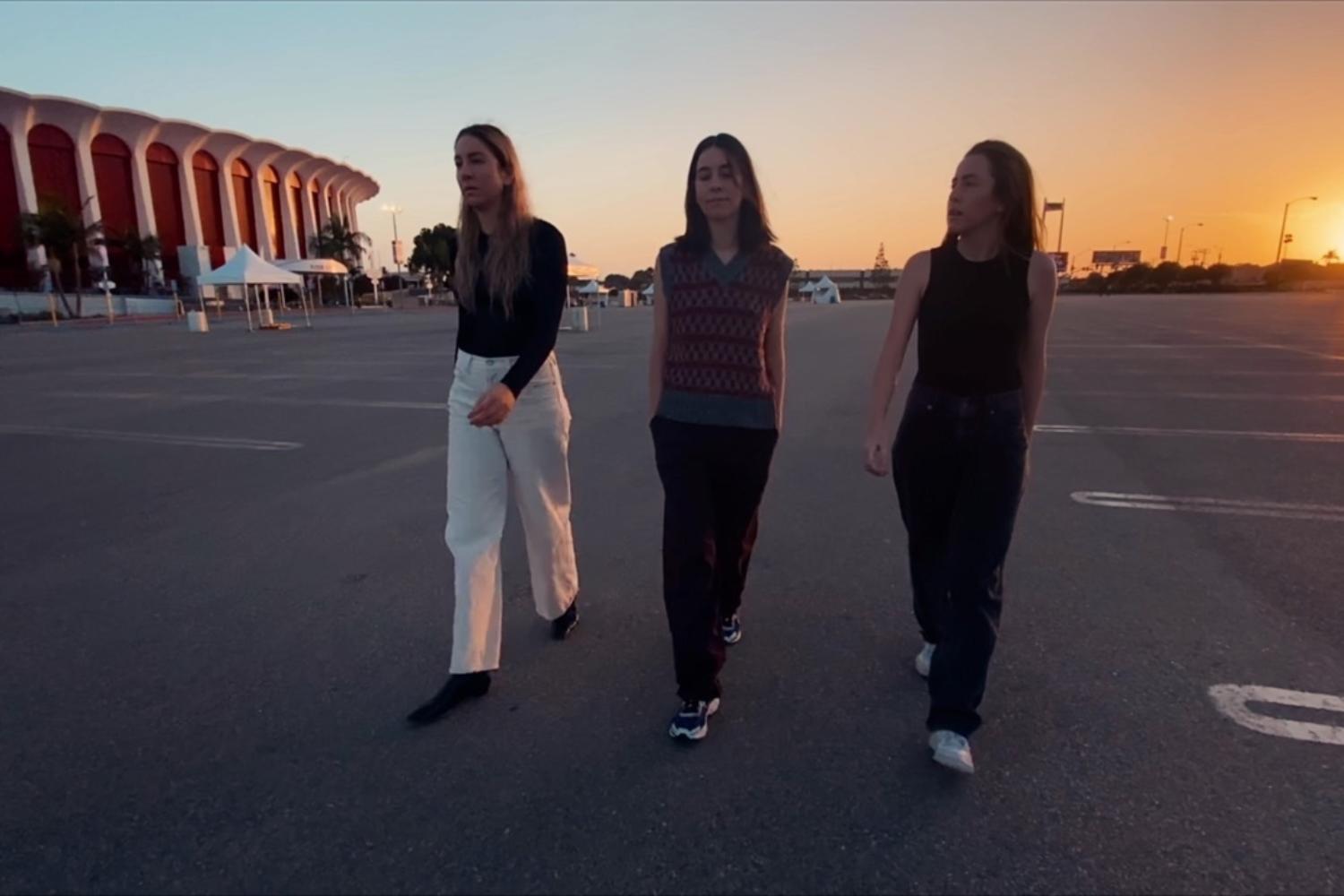 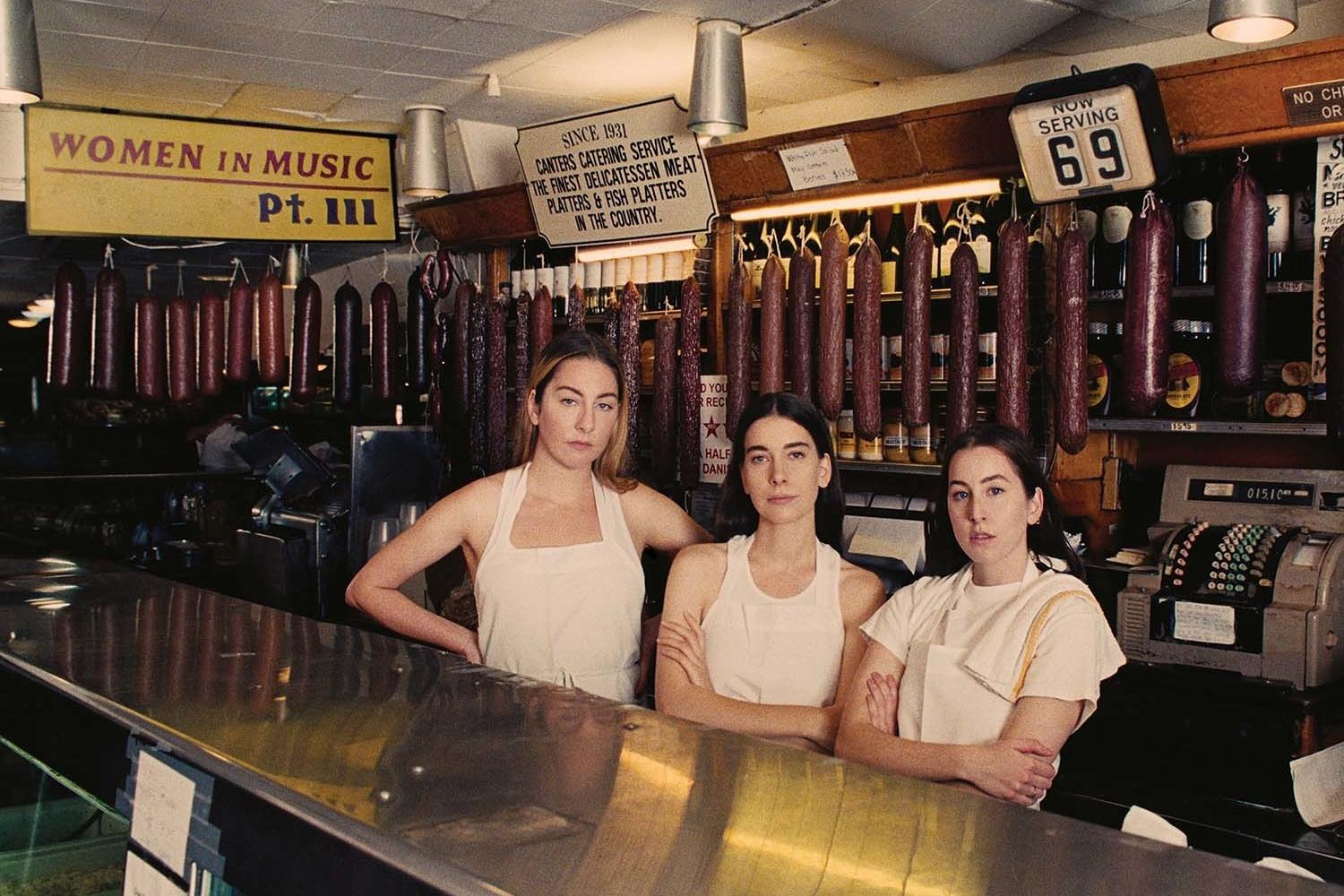