With a New York blizzard cancelling flights for SXSW revellers and bands, it feels like an achievement in itself to make it Austin this year. Many bands landed just before the storms took hold, while Brits are bit-by-bit recovering from jetlag.

Playing their first SXSW show, New Jersey five-piece Forth Wanderers are having a ‘pinch yourself’ moment. Dazed, all smiles, they’re one step away from high-fiving each other in excitement as they open DIY’s first showcase of the festival. The only U.S. band from an otherwise all-Brits bill at the British Music Embassy, they also happen to be one of this year’s most-anticipated acts. A few dozen are already packed into Latitude 30 by the time they’re soundchecking – it’s all about catching that first glimpse.

The set itself is like being privy to a basement practice session. Each member looks completely at comfort in their own space. Bassist Noah Schifrin can’t stop smiling, drummer Zach Lorelli looks beyond chill, while singer Ava Trilling is the picture of relaxation. There’s nothing blasé about this, though. These are tightly-wound, adventurous songs with an ever-changing pulse. The name Forth Wanderers seems to act as a mantra – speeding forth, always wandering. 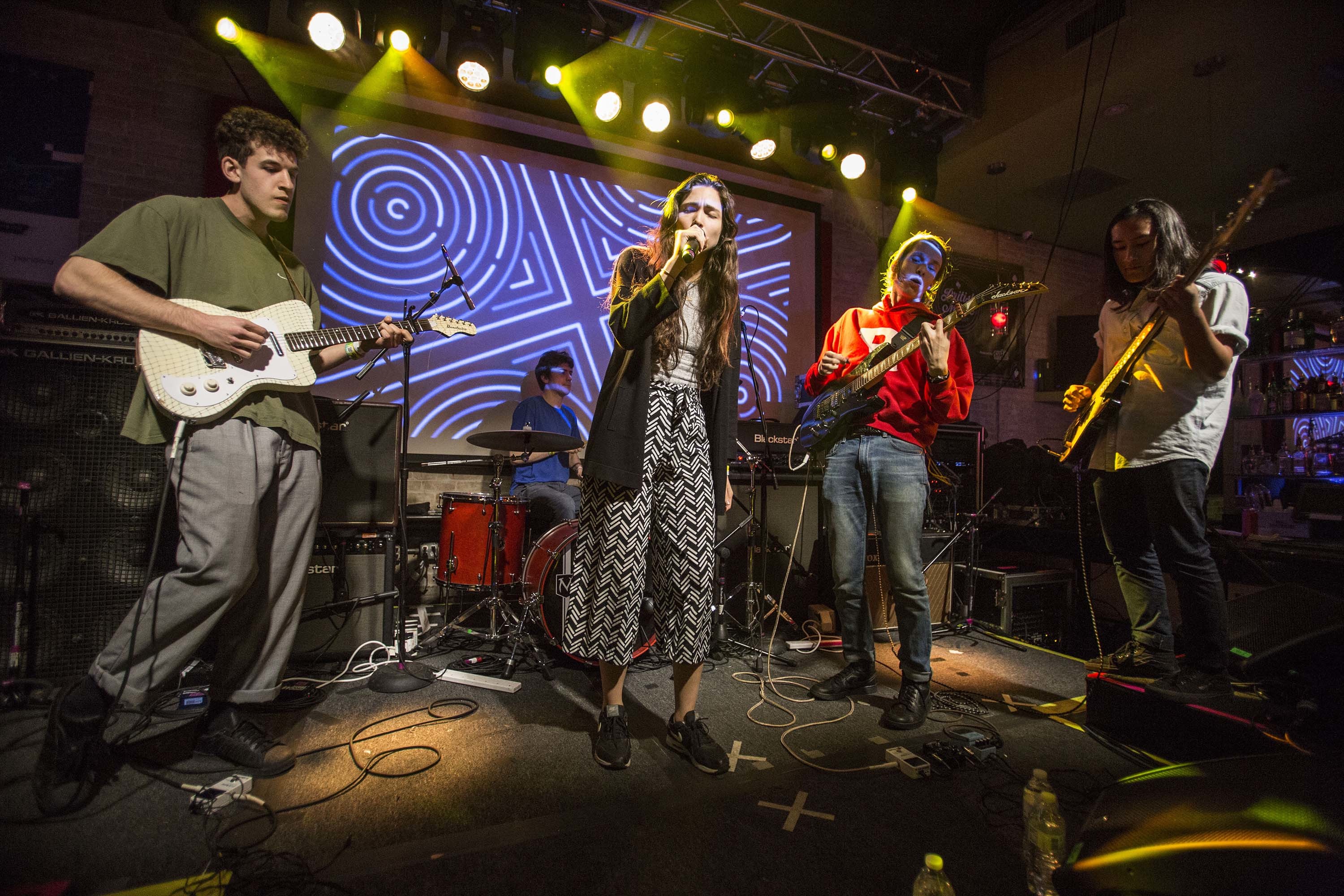 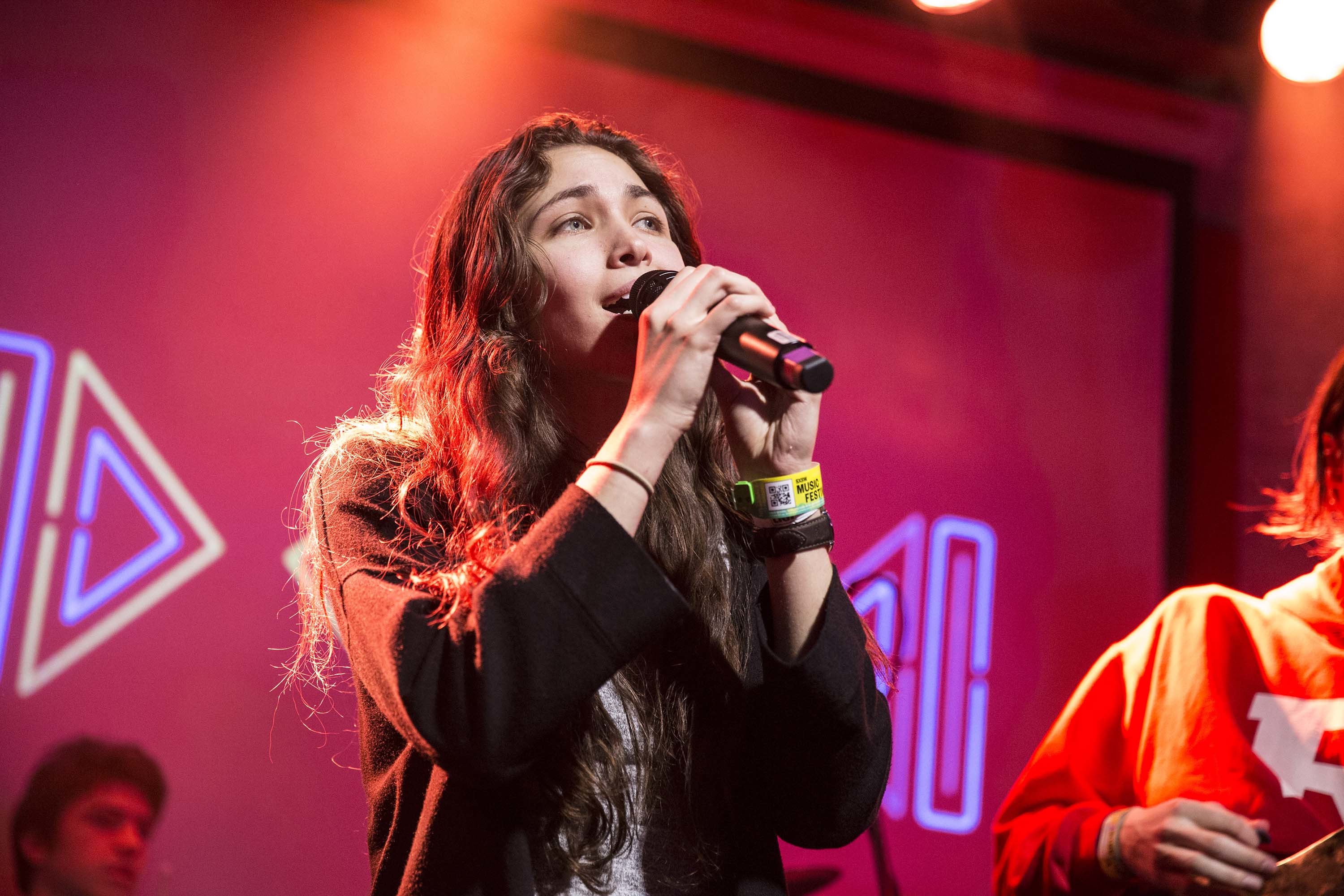 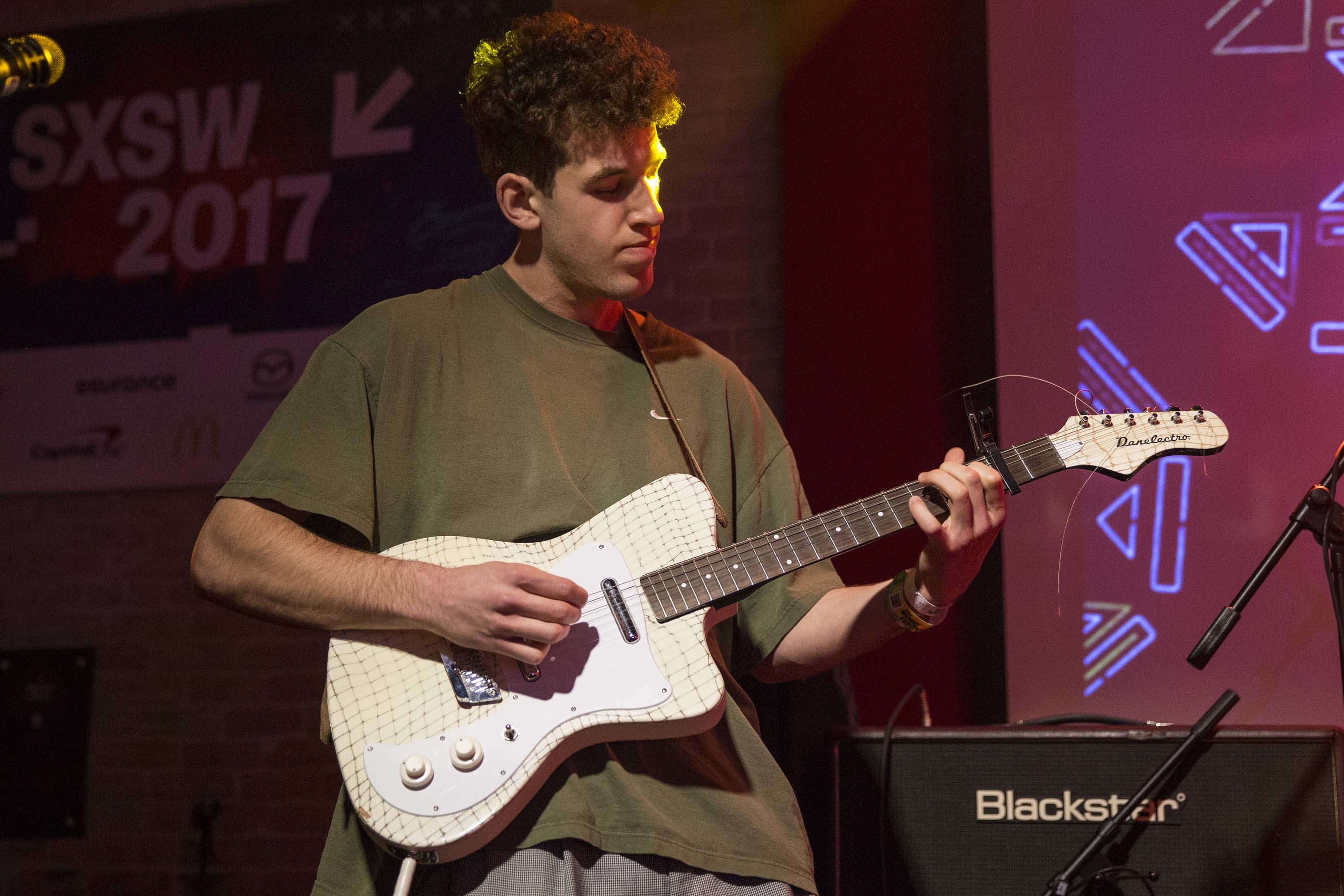 Pick every British band to have made the 5,000 trip, and you won’t find one more beaming than SuperGlu. Hailing from Manningtree, the smallest town in England, theirs is a story of dreams being fully realised. They’re not going to pass up this kind of opportunity, that’s clear from the off. These are bright, all-encompassing bursts of noise, where fun comes first. Frontman Ben Brown throws pin badges into the crowd; Krista Lynch shouts choruses with such gusto, she looks like she might explode; and the four-piece even earn their own encore – not too shabby for a SXSW debut.

Punk trio Doe are next up, delivering tightly-wound songs that walk a tightrope between all-out frustration and bittersweet rejoice. ‘Last Ditch’ is a give-everything call to arms, while the rage-tripping, hot-footed ‘Sincere’ gives a glimpse of a very bright future.

South Londoner Jamie Isaac operates in a completely different world to the rest of the bill. Guitars are replaced with sampler pads and smooth-toned keys. Everything is close to the bone, especially Isaac’s confessional delivery, which has the feel of a post-midnight heart-to-heart while walking London’s streets. The smartest touch is a cover of Alicia Keys’ ‘Un-thinkable’, a song Isaac dubs underrated before giving his own, deft spin. 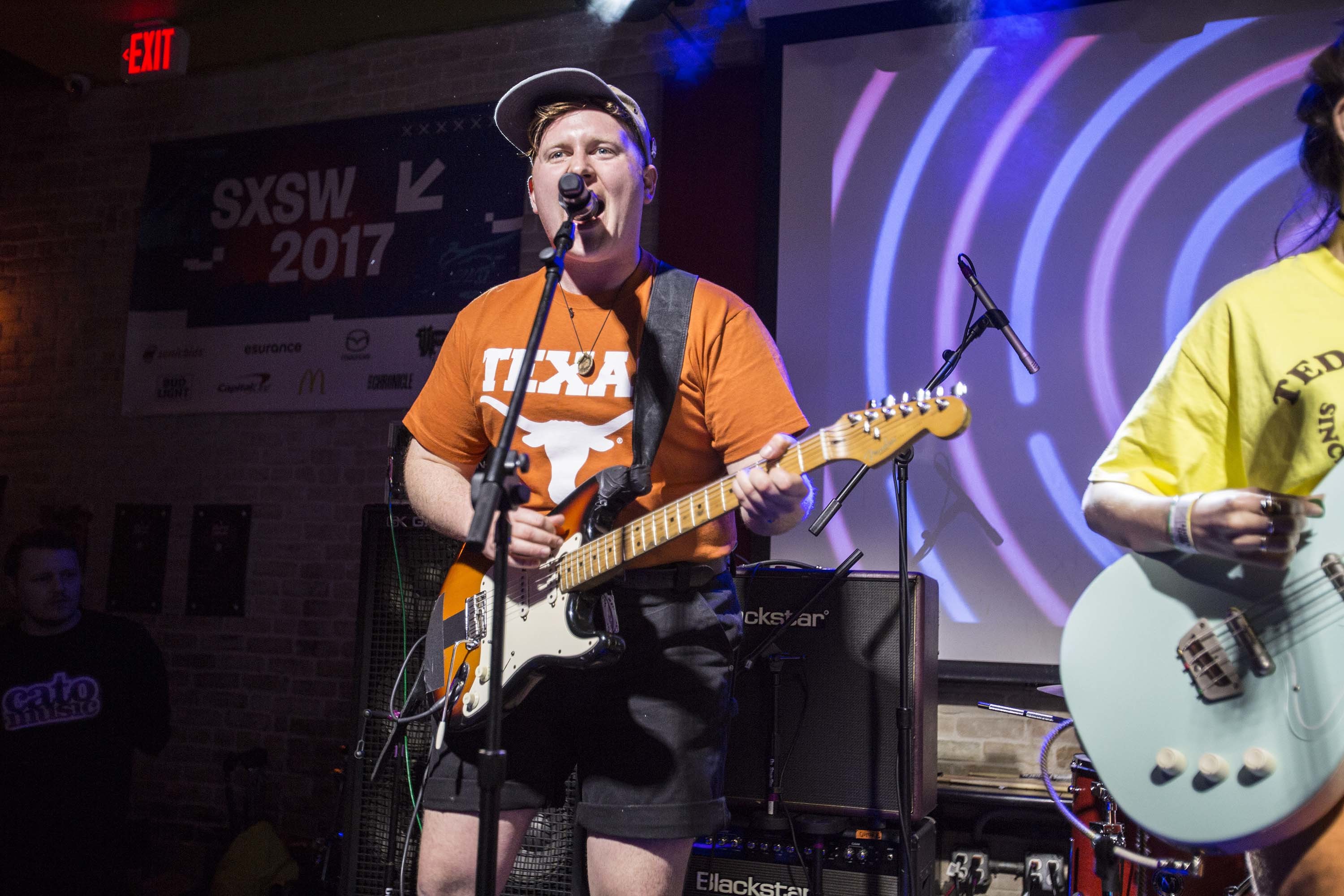 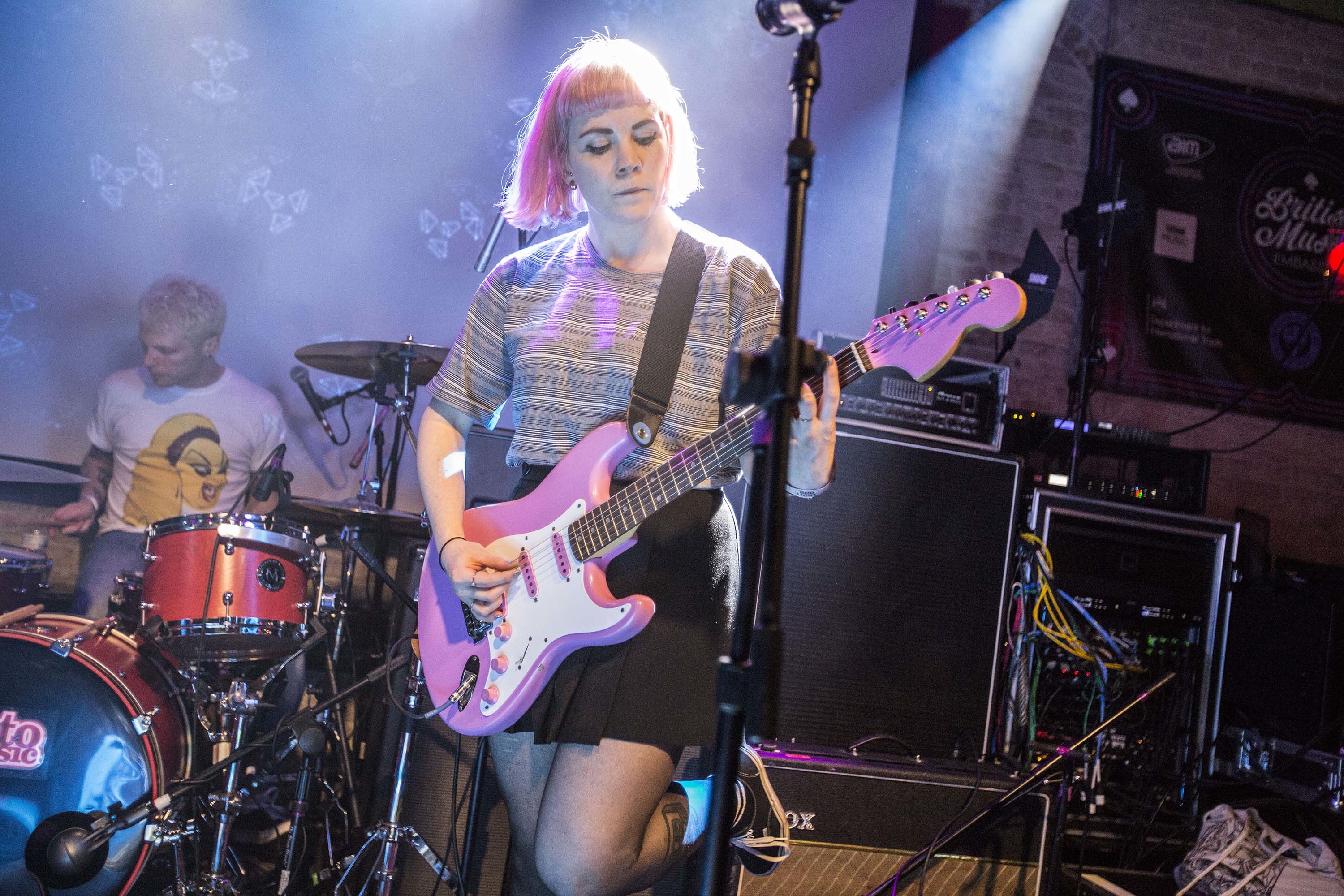 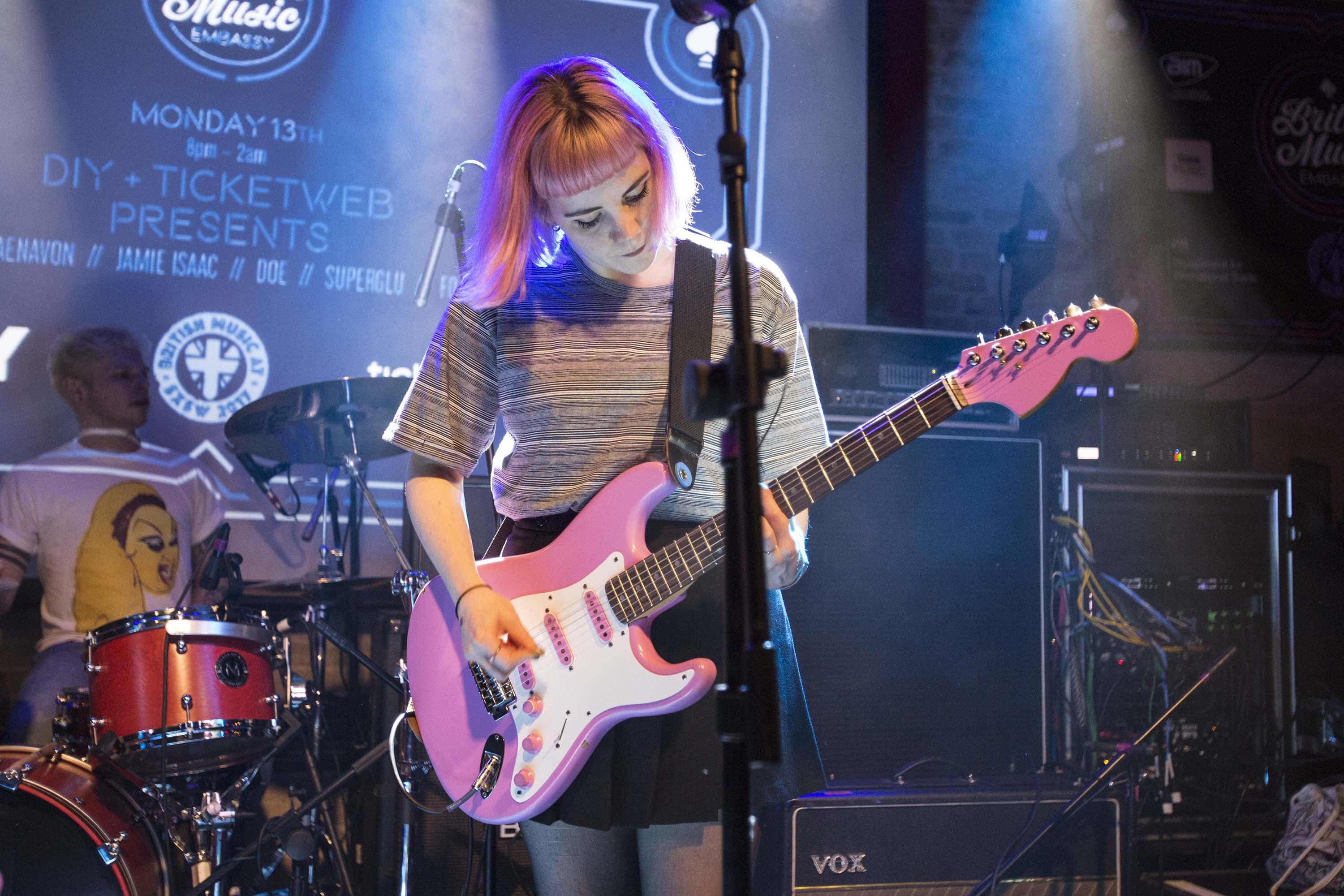 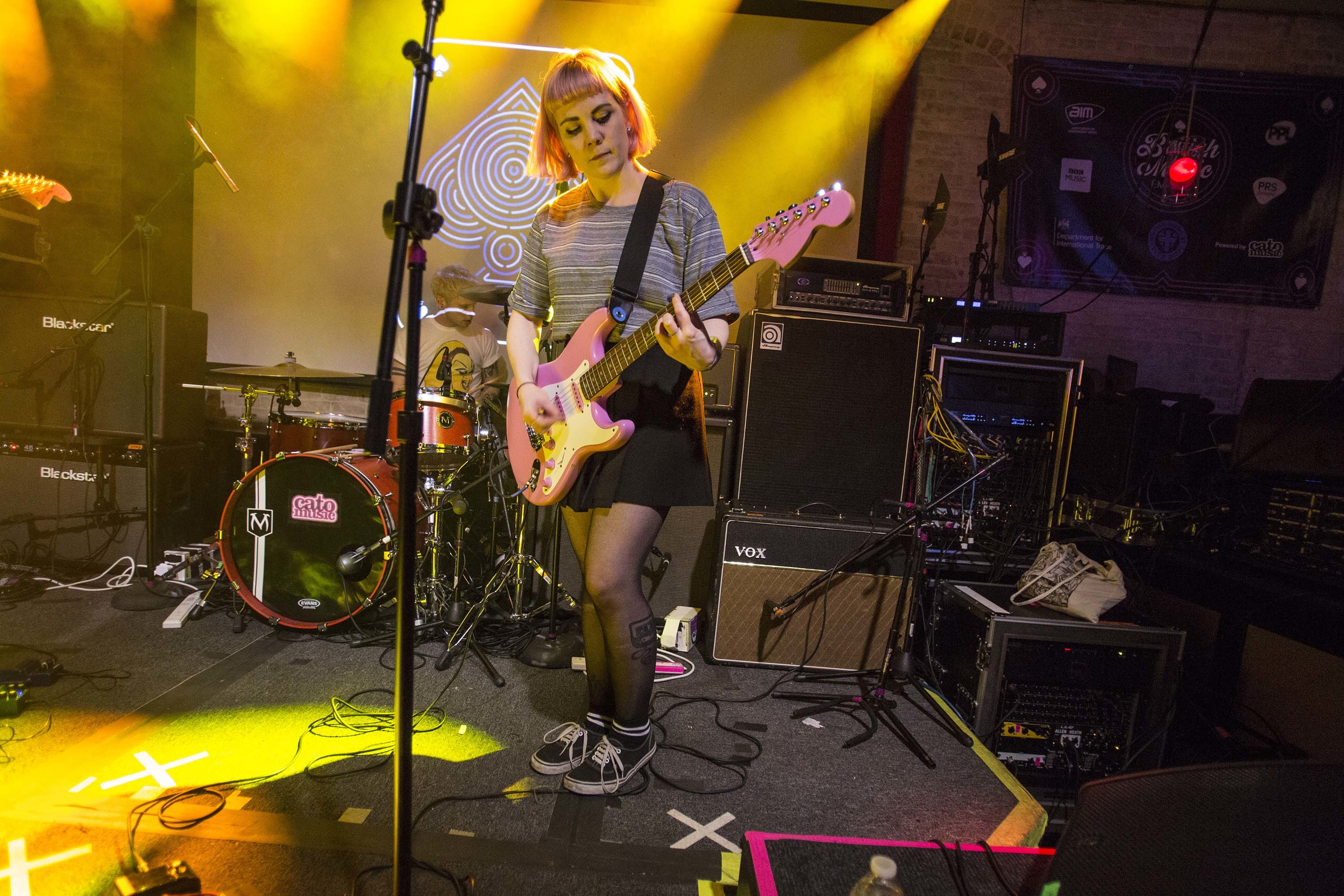 False Advertising are one of the festival’s first revelations. The Manchester via Oxford trio deliver raw, emotion-laced grunge with serious staying power. Jen Hingley switches roles between force-first drummer and compelling frontwoman. With the latter, she gives the group’s tightly-wound noise a real purpose, giving nods to Wolf Alice and even Placebo along the way. Beyond a 7” release on Too Pure Singles Club, they remain unsigned – that won’t remain the case.

“It’s 6am UK time, so if you’re here, you’re jet lagged, really drunk or you really wanna see us,” joke Muncie Girls midway through their closing set. The Exeter trio shouldn’t understate their magnetic appeal – beyond a couple of stumbling strangers, most people here are desperate to see tonight’s headliners. They race through a dark, all-thrills set, delivering songs about self-doubt and trying to come to terms with world conflict. Both serious and lung-burstingly fun, they set a high standard for the rest of the week to follow. 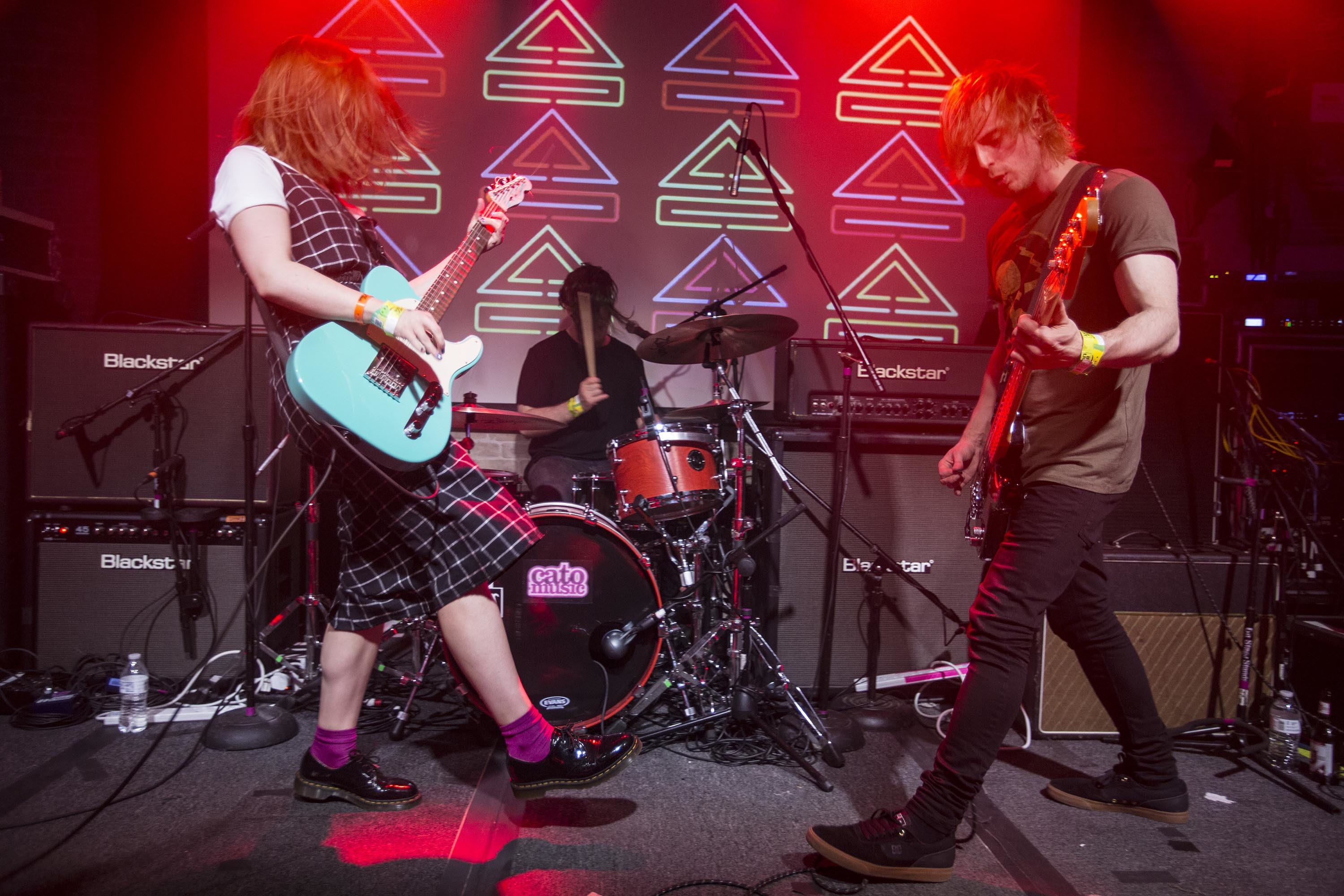 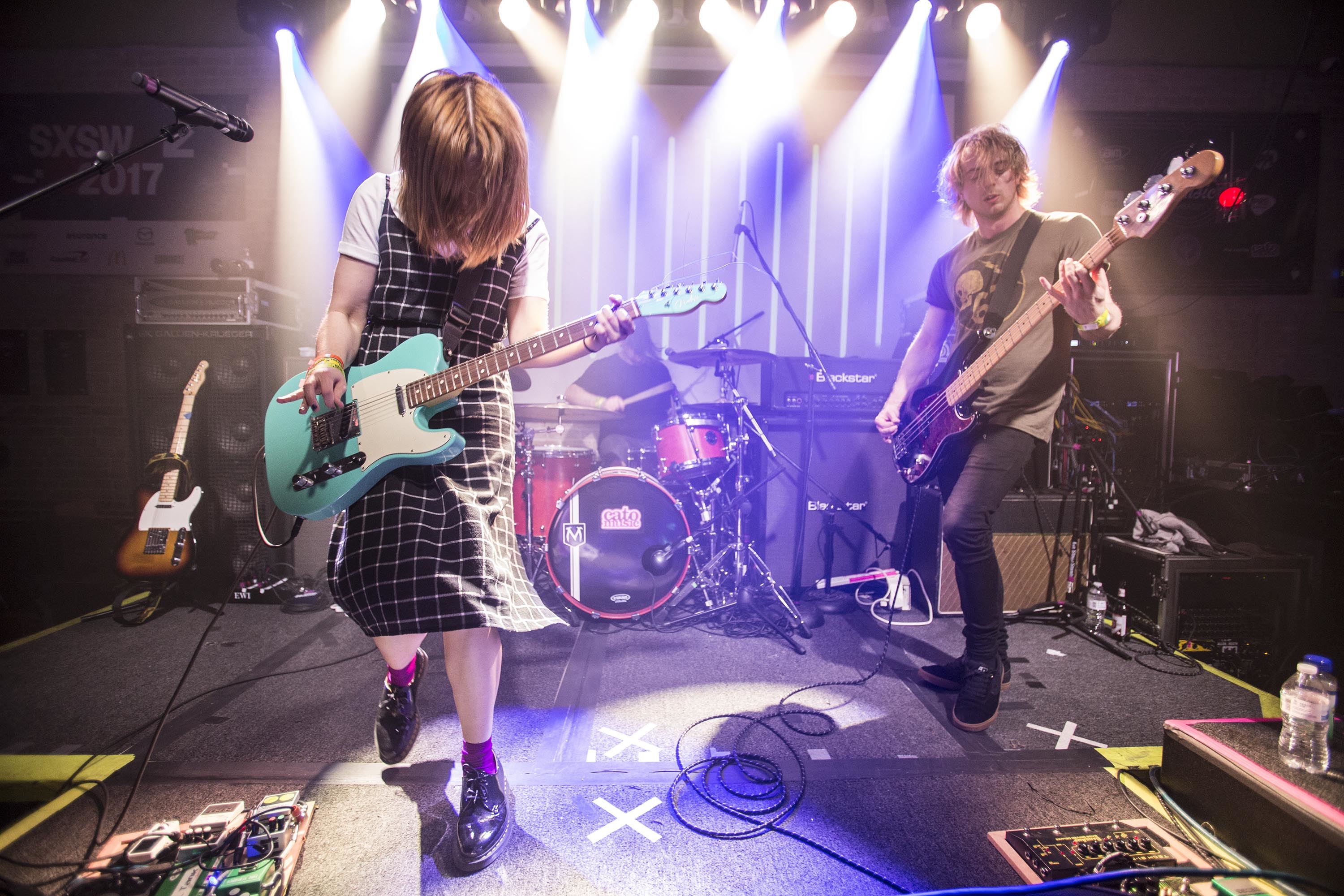 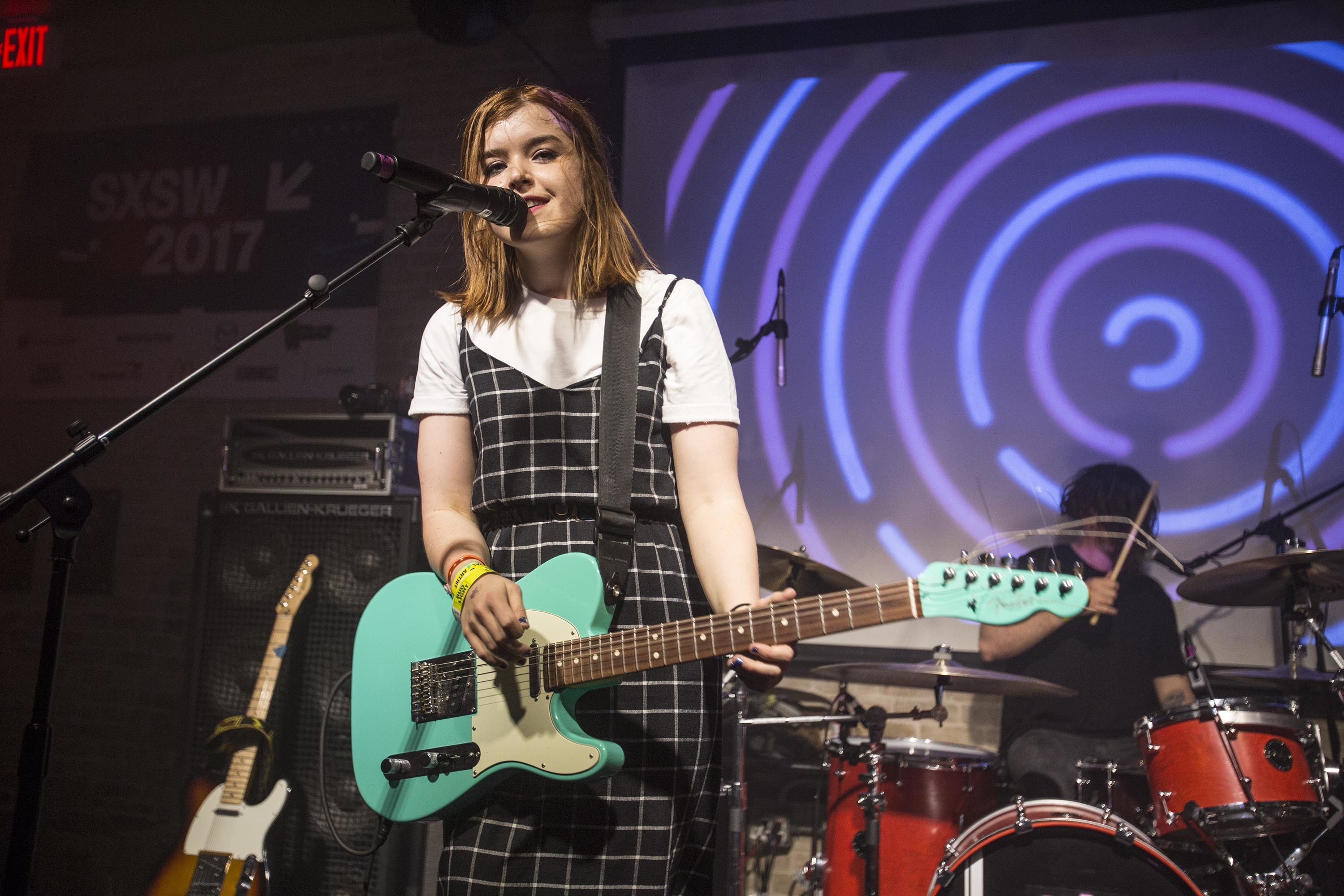 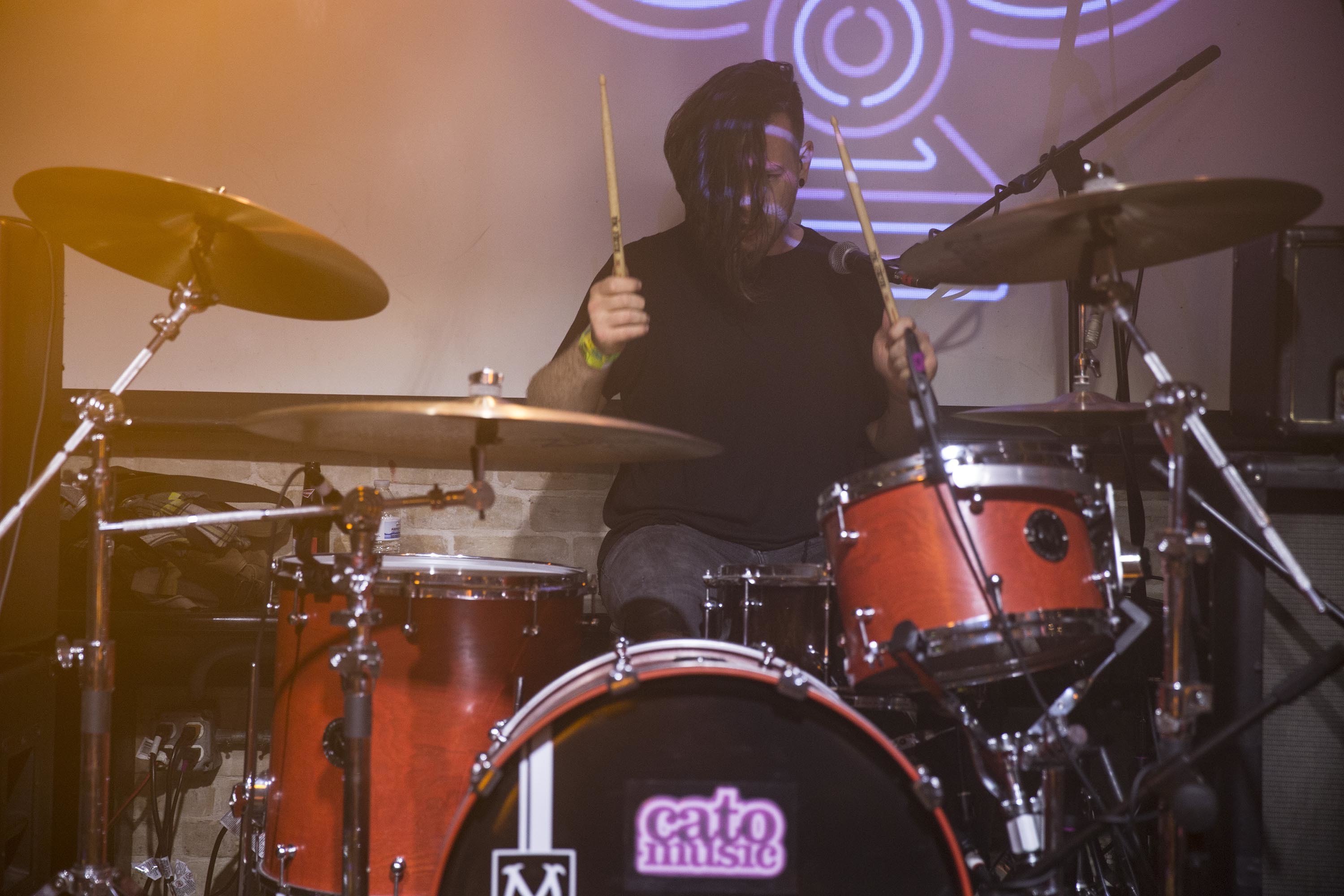 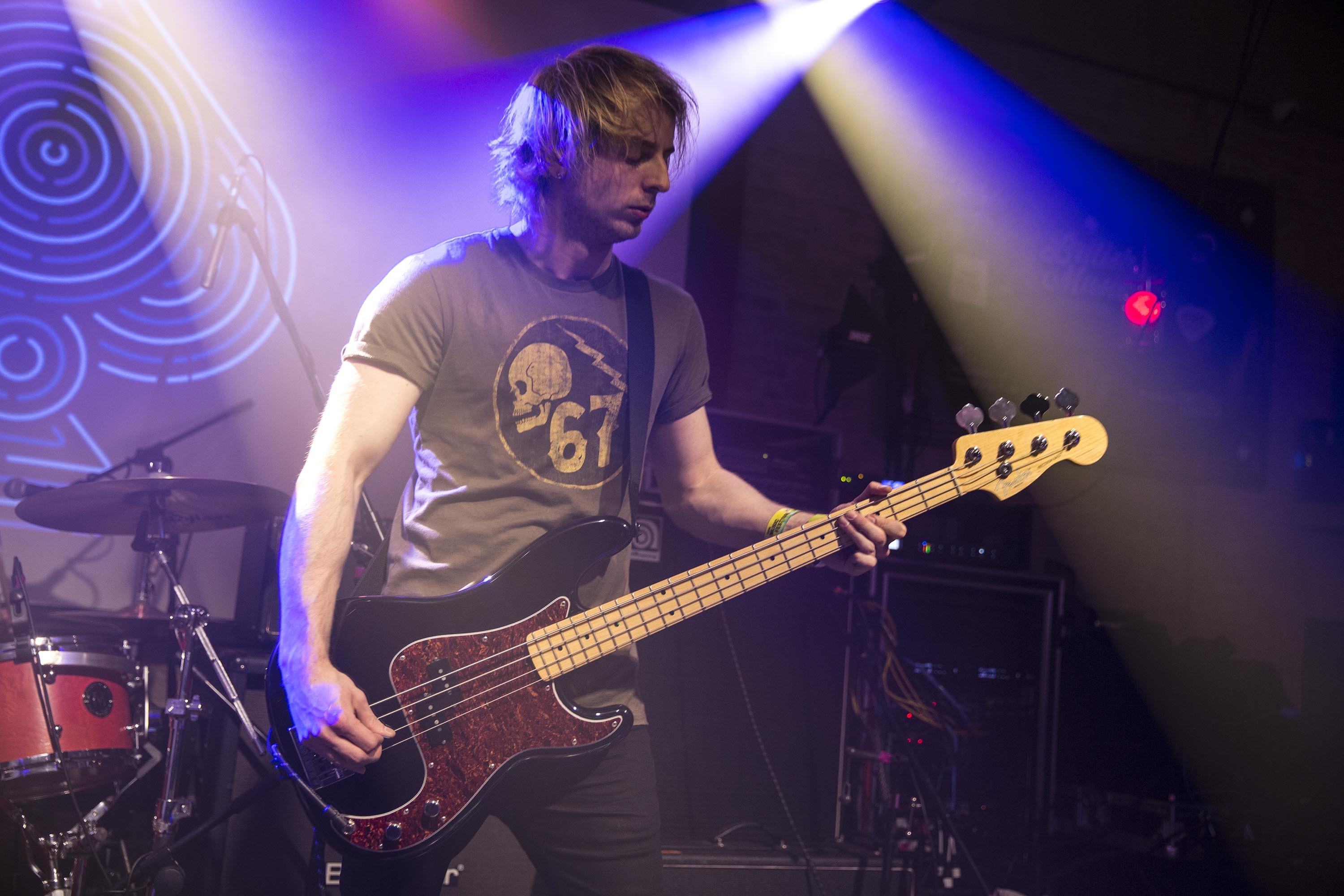 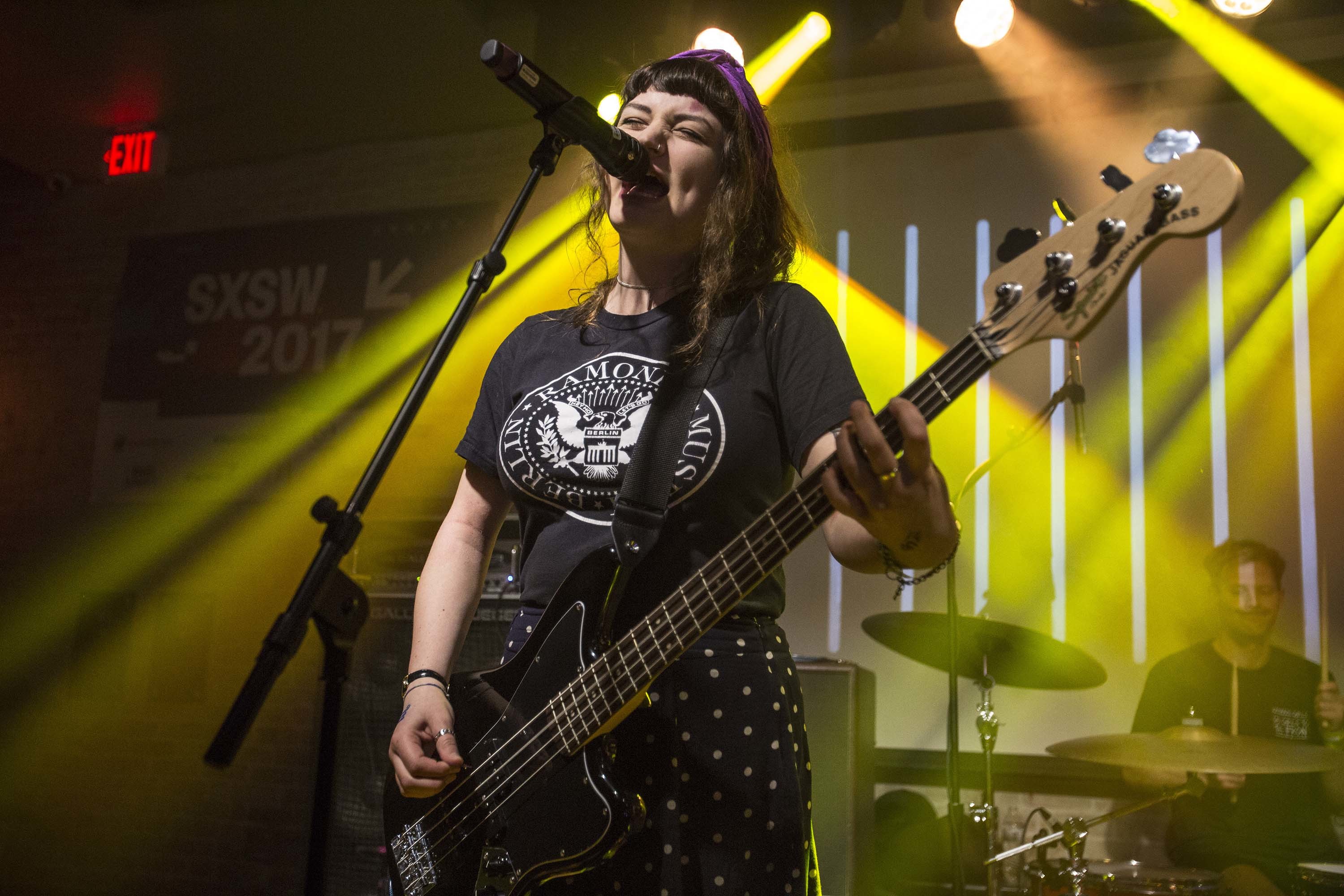 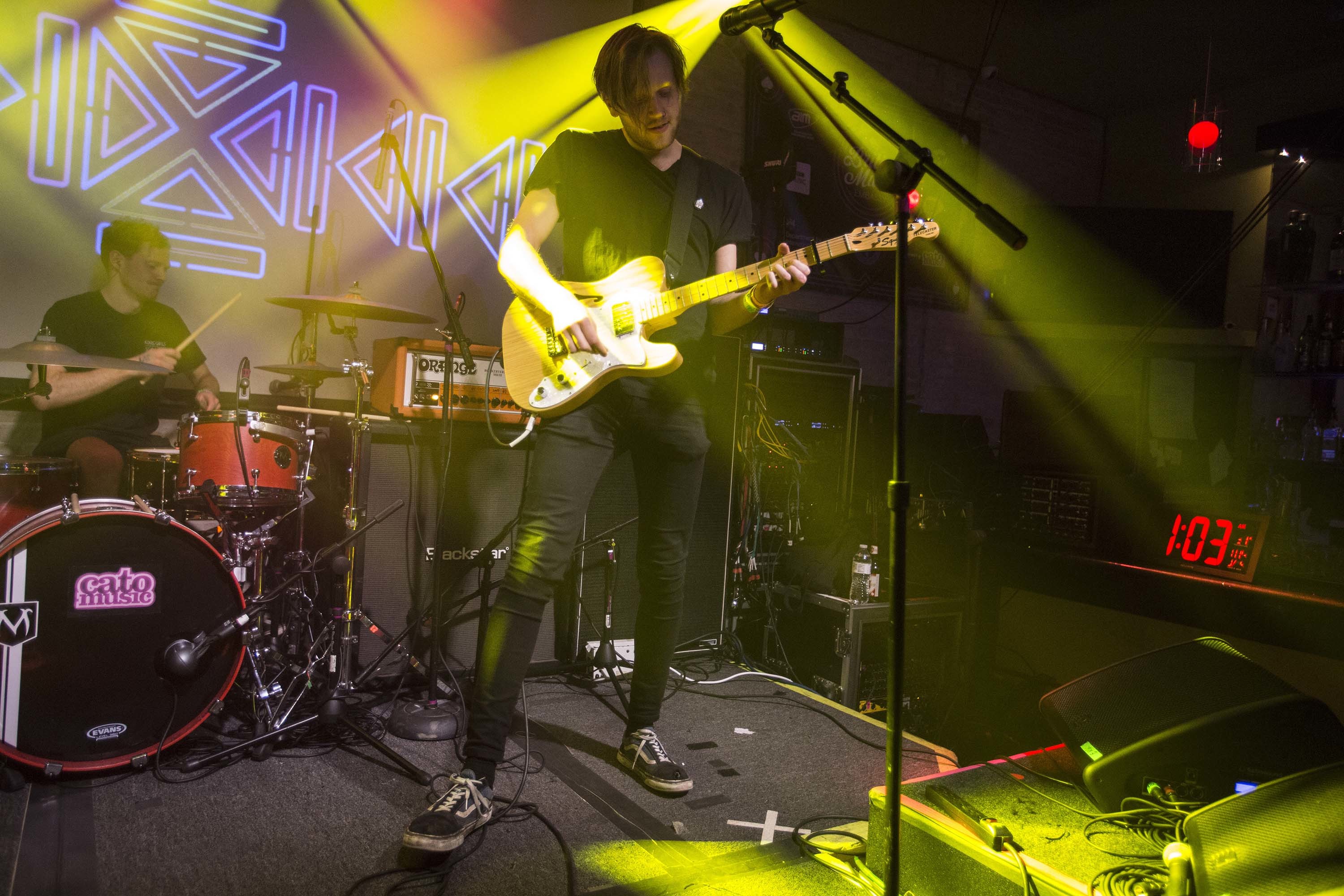 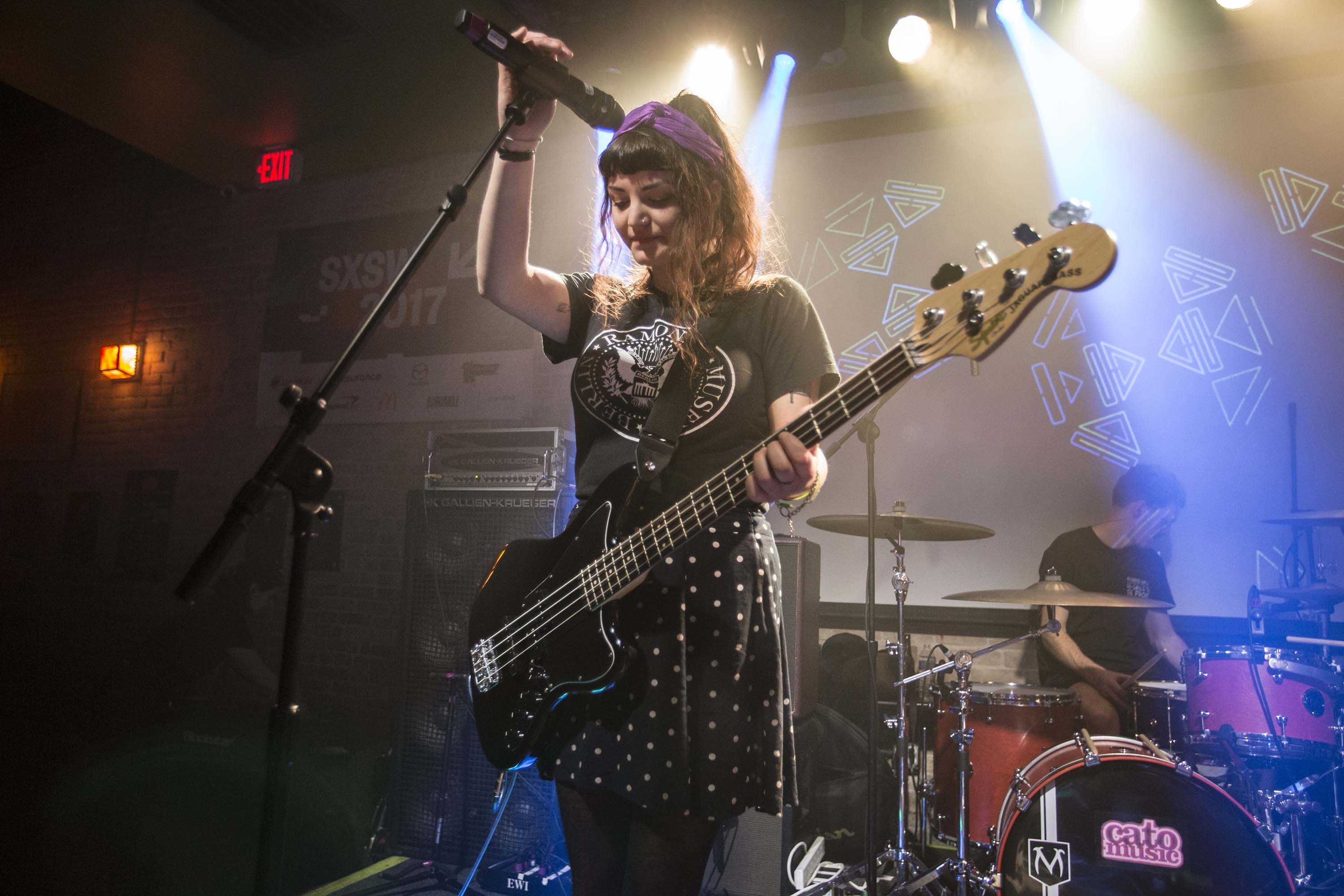 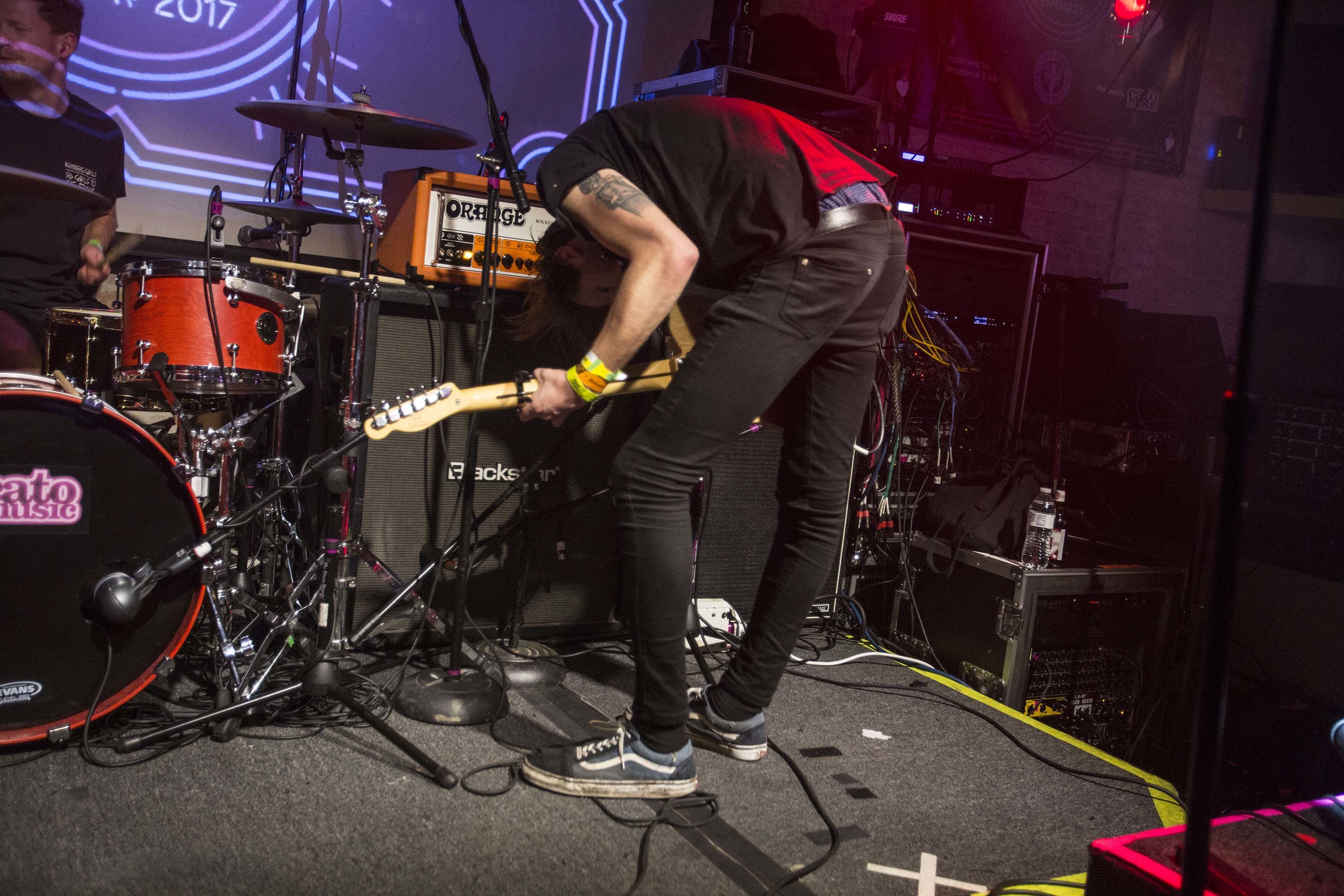 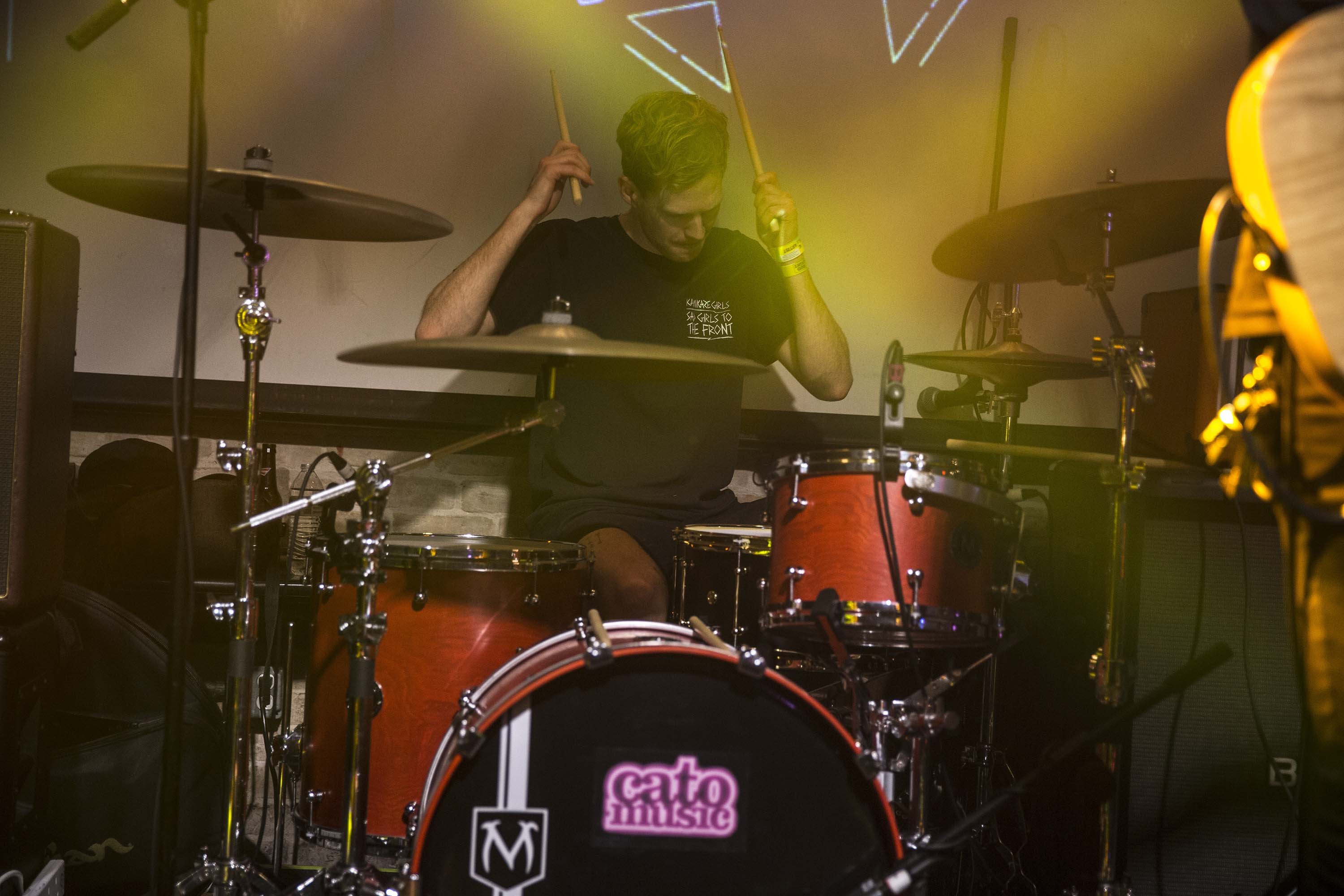