It’s been a hectic couple of years over at Real Estate HQ. Since the release of their third studio album, ‘Atlas,’ in 2014, they’ve lost a lead guitarist and founding member in the shape of Matt Mondanile, replaced him with long-time pal Julian Lynch, then temporarily replaced him, too, while he was working on his PhD. Frontman Martin Courtney became a dad (twice over) before making his first foray into solo work with the superb ‘Many Moons,’ while Real Estate itself has expanded from its NYC base to now encompass both coasts of the United States. Spread out from Northern California to upstate New York, collaboration has become a little more onerous of late, and yet it hasn’t stopped them from putting together another cracker of an LP. ‘In Mind’ is another triumph of melody and restraint.

And yet for all the evident craft that goes into a Real Estate record, they still find themselves described in the same vague terms. The surf rock and beach rock pigeonholes, whatever they mean, get tossed around at the very mention of the band’s name. “I do feel typecast sometimes by reviewers or journalists - or even people on Twitter,” says Martin Courtney, putting on his best groovy DJ voice (think Smashie and Nicey with a Transatlantic inflection). “‘Check out another chill song from Real Estate – chill out!’” Safe to say, Martin thinks his and his band’s music goes a little deeper. “‘Darling,’ to me, is not that chill. It’s kind of fast and danceable. I don’t think people know what to do with us. We’re a guitar band but we never rock that hard or that much. It gets about as heavy as the Beatles ever got,” he laughs. “There’s more to it than just relaxing but that doesn’t affect the way we approach making music. Whatever, it’s not that big a deal.”

When the band got around to rehearsing for what would eventually become ‘In Mind,’ it involved a logistical jigsaw, but their determination made it happen. “They all came to my town because I’m the one with kids and stuff,” says Martin, eager to place his gratefulness on record. “We rented a house for them and we got a practice space in an old high school. It was cool because my bandmates were my neighbours,” he reflects fondly. “I’d get up in the morning and walk over to their house and then we’d walk over to the school and spend all day learning songs, like a job.”

” I don’t think people know what to do with us. We’re a guitar band but we never rock that hard or that much.”

And yet, there was still a piece of the puzzle missing. With Matt Mondanile having departed in order to focus his creative energies on his Ducktails side project, Real Estate were a man down. Leaning towards doing the album as a four-piece, Martin had a, “vague discussion,” with Julian Lynch and he immediately agreed to sign on as a full-time Real Estate member. “We grew up with him,” says Martin clearly delighted to have brought in a musician who is also a friend. “I’ve known him for as long as I’ve known Alex or Matt.” Within a few weeks, the new five-piece had nailed the bulk of the album – apart from the lyrics. It’s a time-honoured tradition that Martin waits until the last minute to write the words, and ‘In Mind’ was no exception. “I think it’s probably pretty weird for the rest of the band because they’re hearing the vocal melody and the lyrics for the first time in the studio sometimes,” he admits. “As we’re recording the album they’re like, ‘OK, well, that totally changes things,’ and I’m like, ‘Sorry…’ But it always made sense to me. I think maybe I’m hard on myself but it’s just harder for me to write lyrics.”

Having gained a member, the group also decided it was time for some new blood behind the production desk. While second and third albums are known for their difficulties, it’s rare for a band to make it LP number 4. Martin et al decided it was time to inject something new into their sound. Cole M.G.N., a technician with Snoop Dogg and Beck on his C.V. came quickly to mind. “He plays in bands as well, and that’s something new for us – we’ve always worked with straight producers. So it’s fun to work with somebody new and bring a different person into the mix and it ended up being awesome.” Having been a member of Ariel Pink’s Haunted Graffiti, the fact that he had played in bands was crucial to the relationship. “Having someone who’s a musician and is the same age as us – it just felt like having another collaborator on the album and we put a lot of trust in him.” That trust meant that he worked on more than just the sound, helping to chop and change the very essence of the songs. “He was really getting into the arrangements of the songs, and during the editing process he was removing things and stuff. To the point where it was shocking for us!”

And so, with another record ready to be released to their public, a tour looms. 40+ dates have been announced for the rest of the year, and with a wife and two children back in Beacon, New York, it’s no easy thing. Martin Courtney is frank when the subject is brought up. “It’s going to be tough but it’s really the only way I can make money,” he reasons. “You can try to be cool with it until it starts happening and then it just… sucks. The only way we are able to deal with it is to try to not be on the road for more than two weeks at a time.” He sighs and gathers himself up. “You just have to use FaceTime a lot!”

Real Estate's new album 'In Mind' is out on 17th March via Domino. 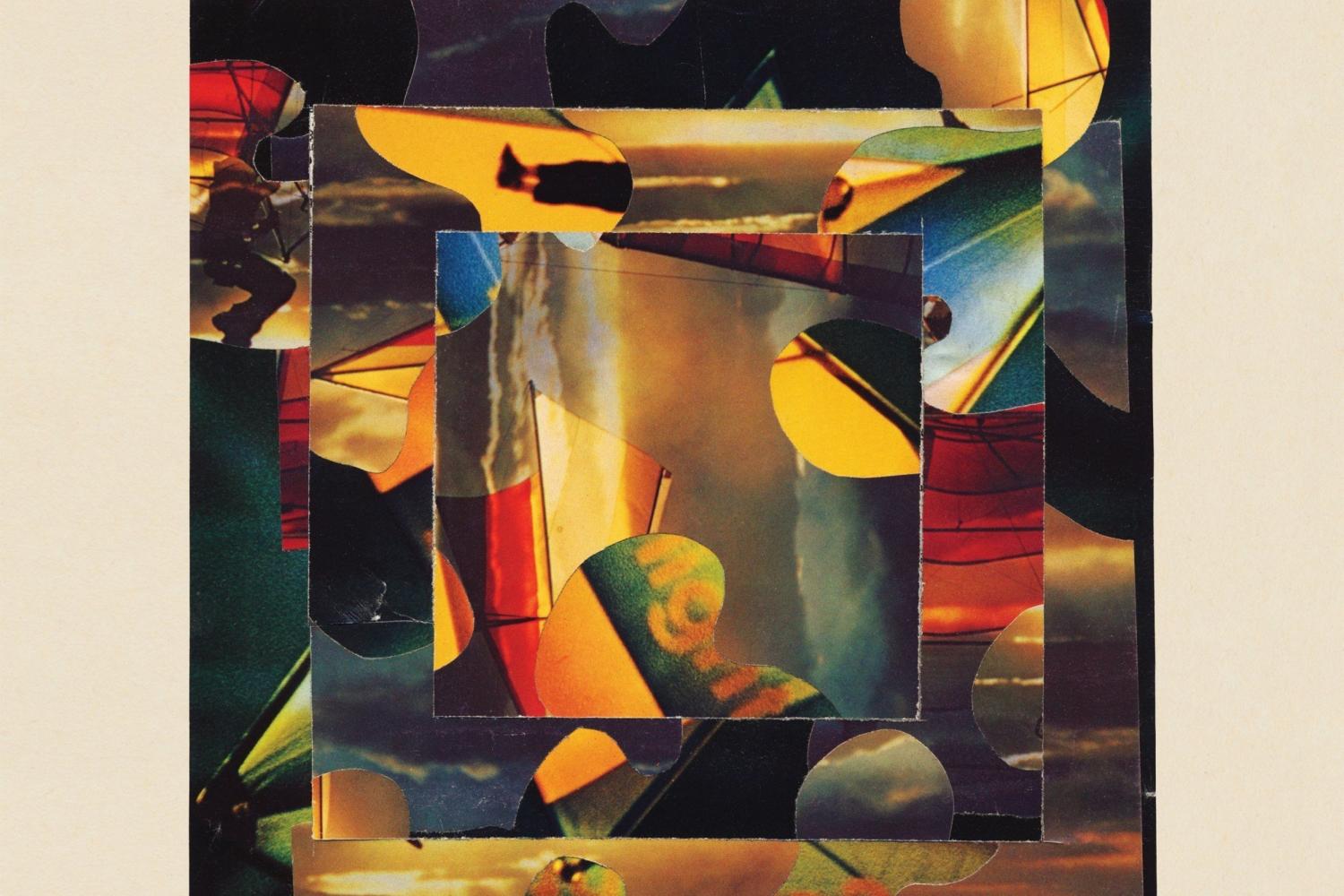 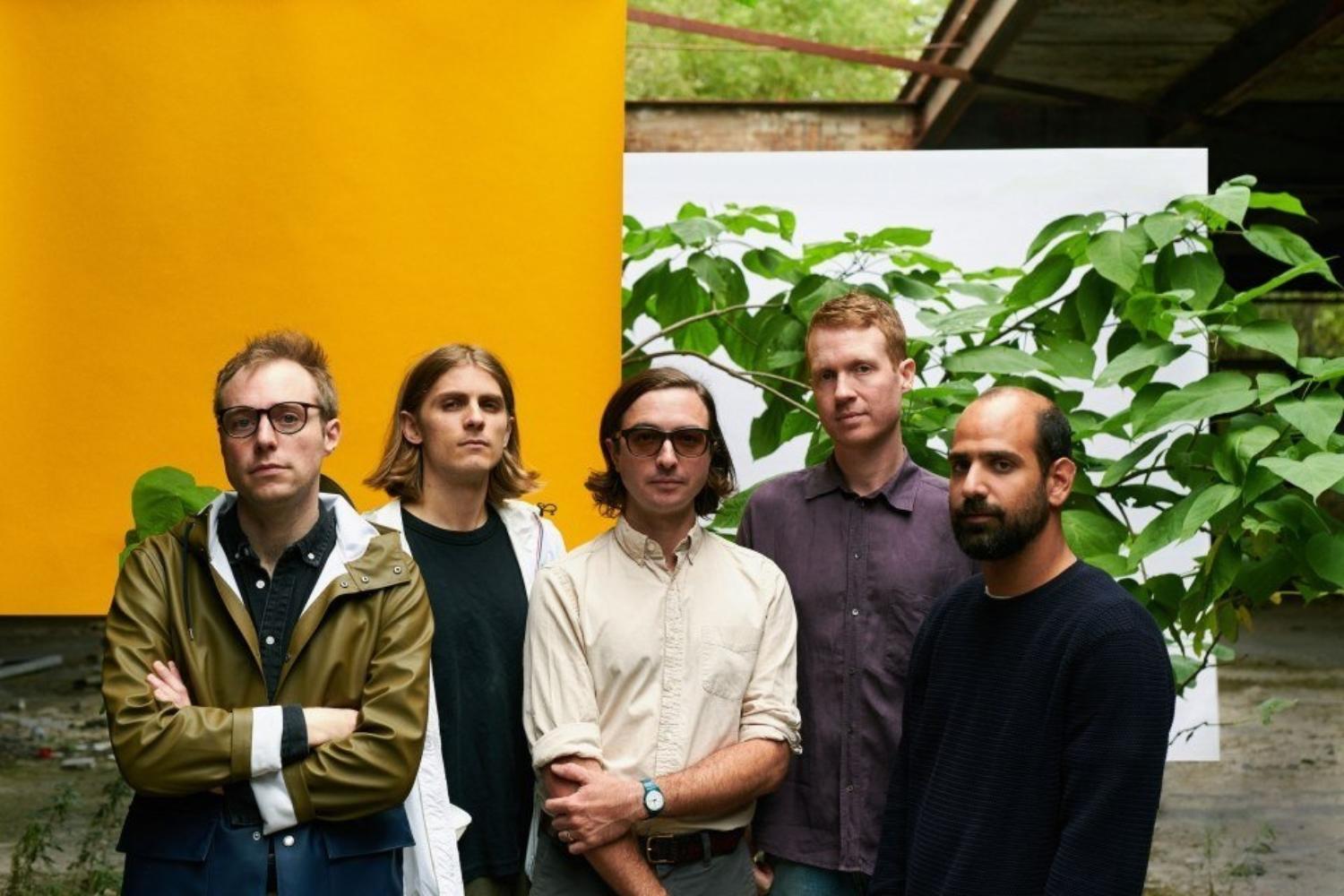 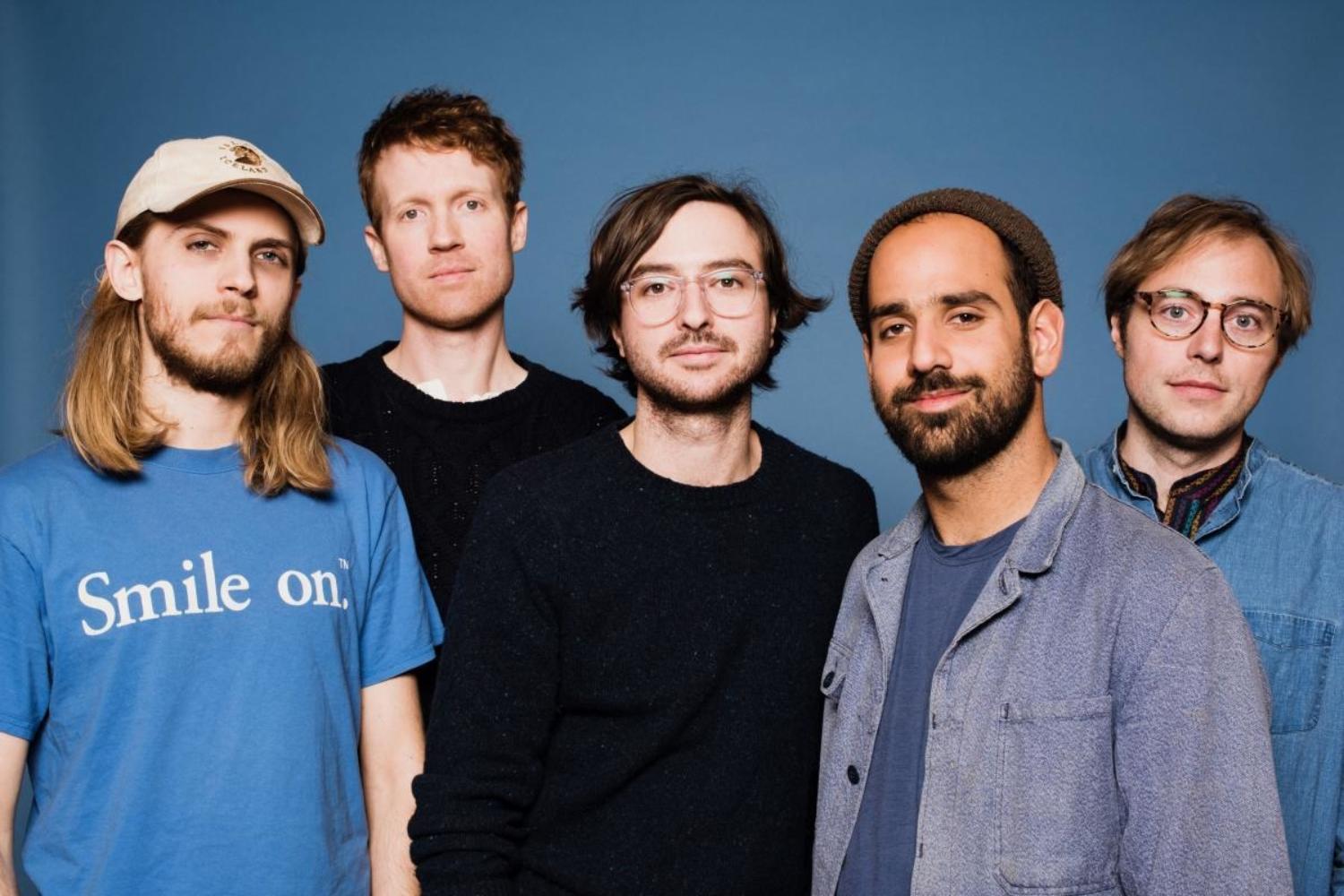 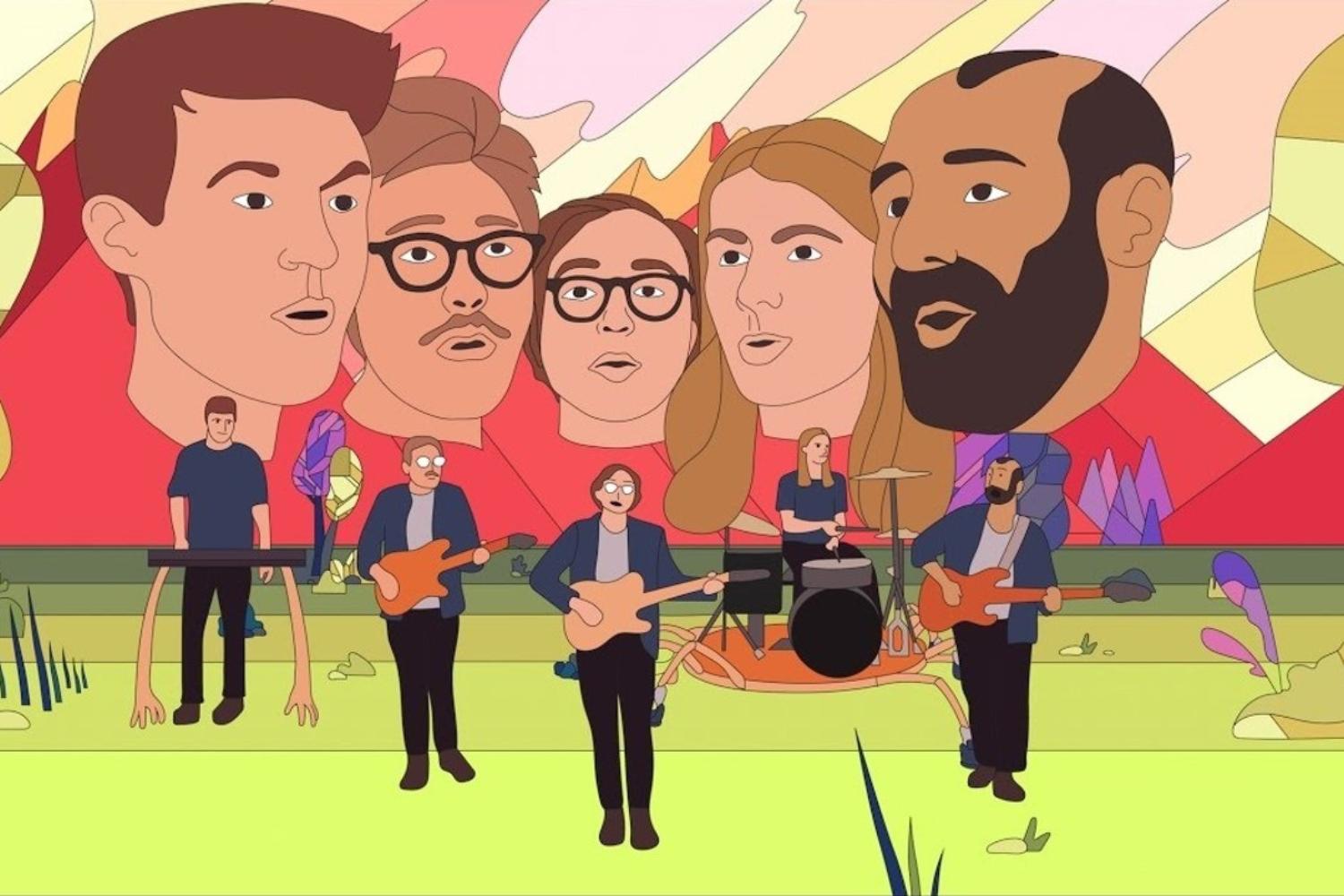 The band are encouraging viewers to create their own kaleidoscopic creations.