Until recently, Formation’s Will and Matt Ritson might well have been the coolest twins in music. Then Beyoncé went and spoiled it all by announcing she was expecting double trouble with the most liked Instagram post ever. It’s not the first time Queen Bey has encroached on the Ritsons’ territory either. She even muscled in on their band name with her mega-hit last year. Nevertheless, Matt doesn’t mind because “she used [the word] for the right purpose.”

‘Formation’ essentially is about who Beyoncé is deep down, singing “My daddy Alabama, Mommy Louisiana.” Will and Matt, meanwhile, are also very aware of their own background, and are very much in sync with their family. They even had more than a bit of encouragement to enter into music from their mum. “One day she sat us down and said ‘if that’s what you want to do, just do it’,” Matt explains. “She asked us to write a song for her by that Friday and we wrote ‘Hangin’.” They didn’t need much more backing to start a band. “When you’ve got your mum saying ‘make it happen’ then you’ve got all the motivation you need to start something cool.”

Since then, Formation have developed from being just the brothers improvising bass and drum grooves to a fully-fledged band of five. Bassist Jonny Tams, who the brothers have known for years from his days working in a record store, was brought in “to help produce and record the first EP.” He also happens to have been an engineer on a Björk album, and has worked with Blur producer Stephen Street.

Keyboard player Sash Lewis is “kind of a synthesiser guru”. And get this: “he’s just made an improvised modular record with Four Tet and Caribou, and Floating Points and Joe Goddard from Hot Chip.” Finally there’s Kai Akinde-Hummel, who used to play drums in Matt’s old band Pushing Hands. Kai’s uncle was in the band One Style MDV, who went on a tour with a little band called The Clash. He didn’t take too much persuading to join Formation. “We were like ‘yep, you’re in this band’ and he just agreed!” With that amount of talent on board, no wonder Matt describes them as “a dream team”. “It just feels like a family where we can all be open and talk.” 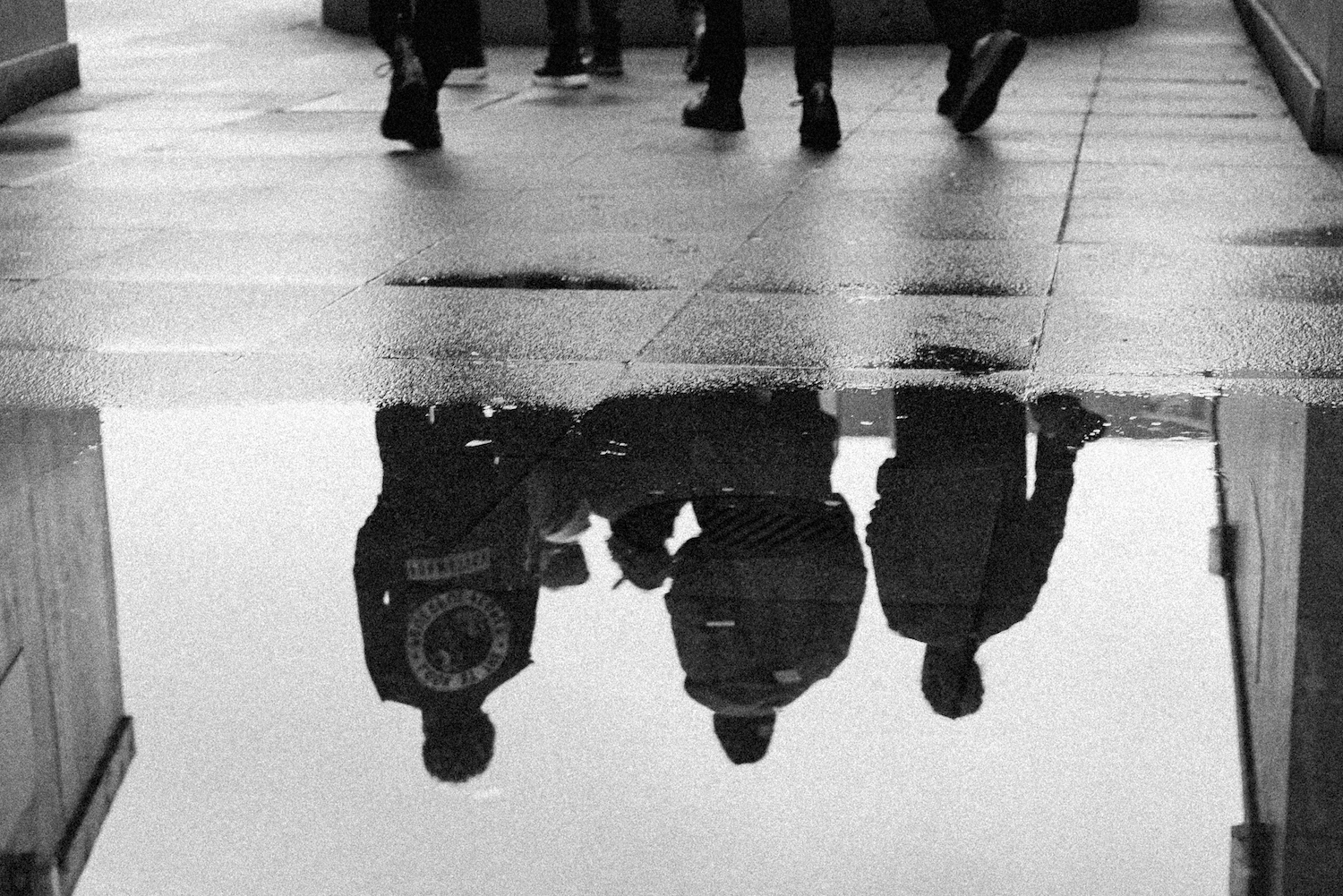 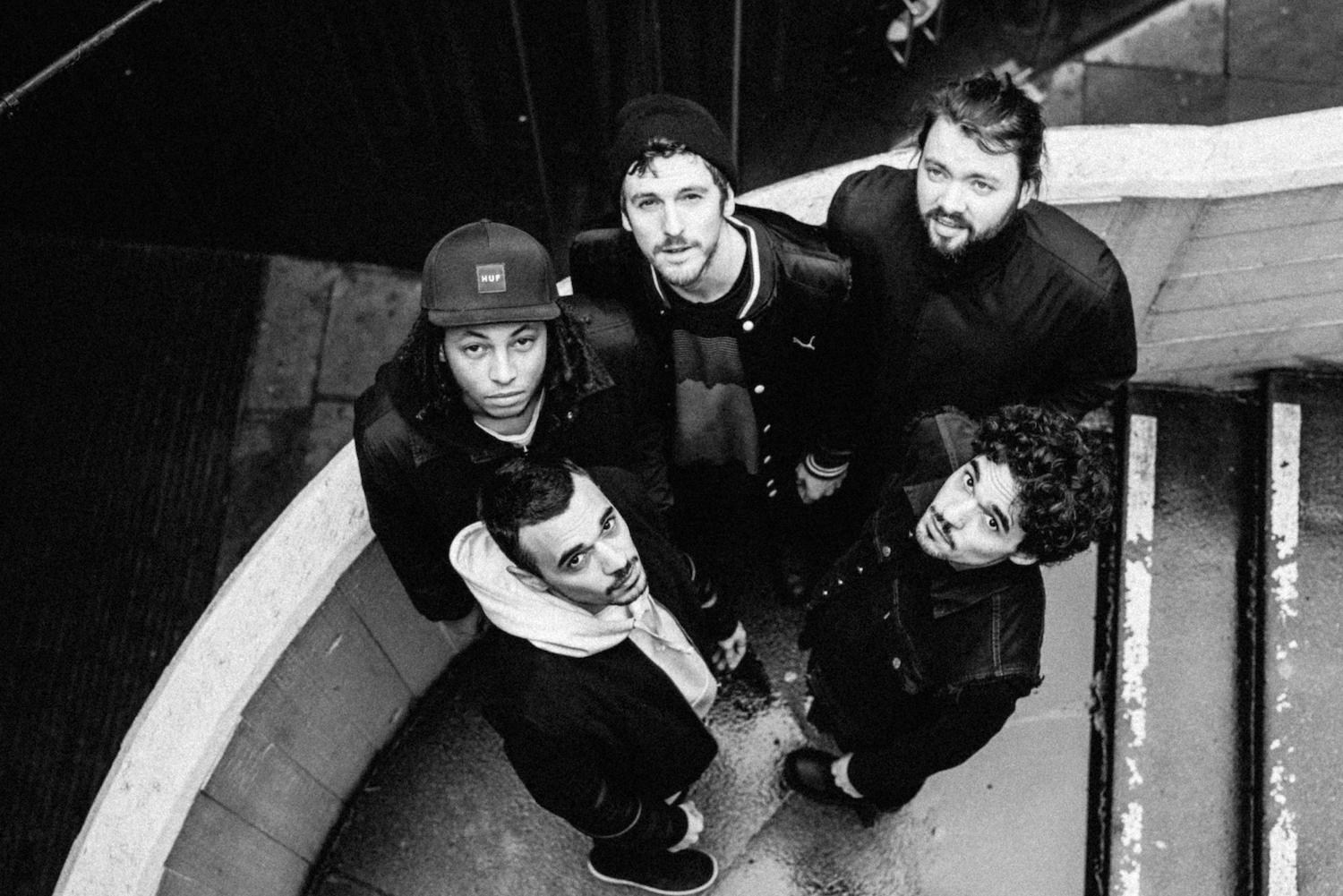 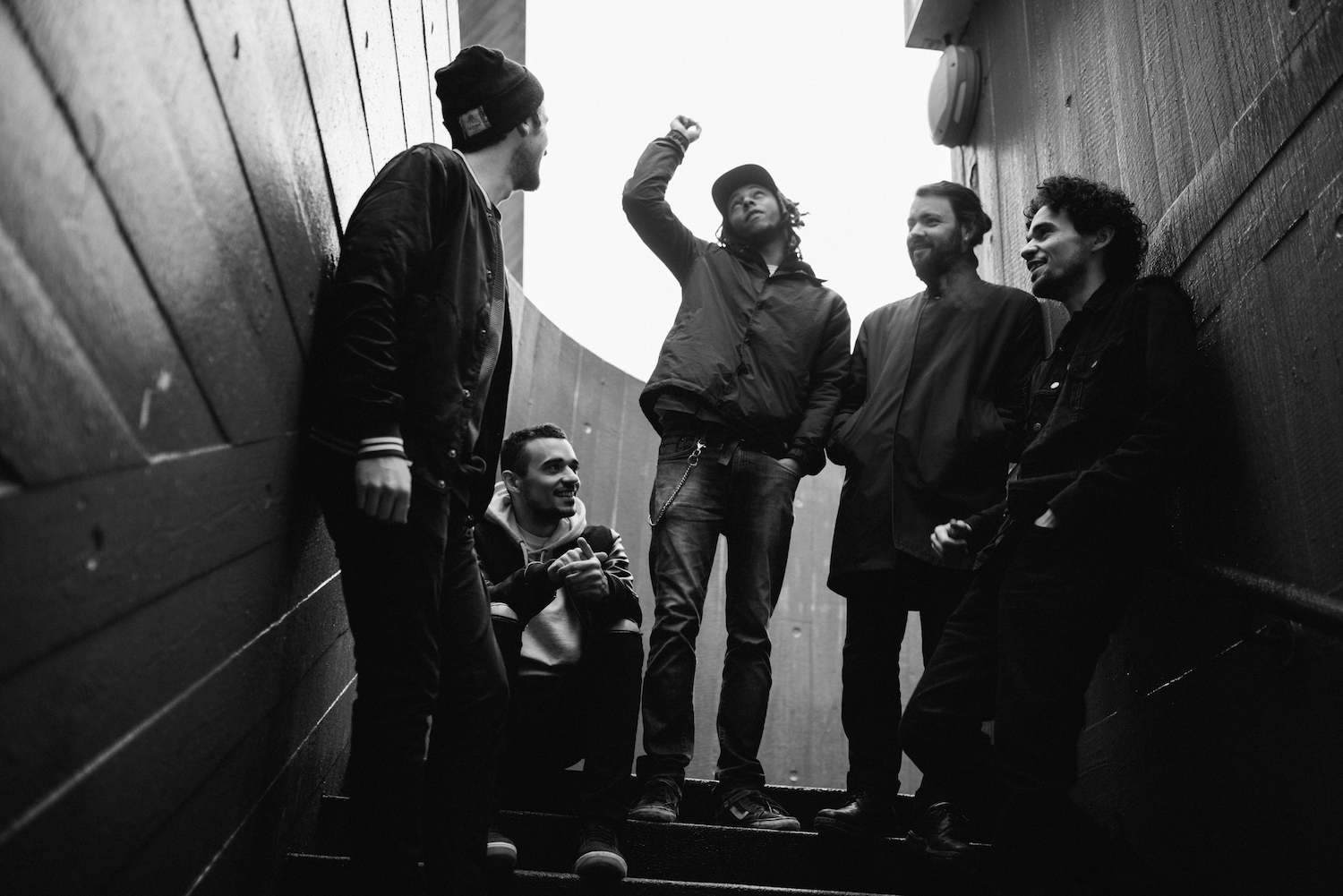 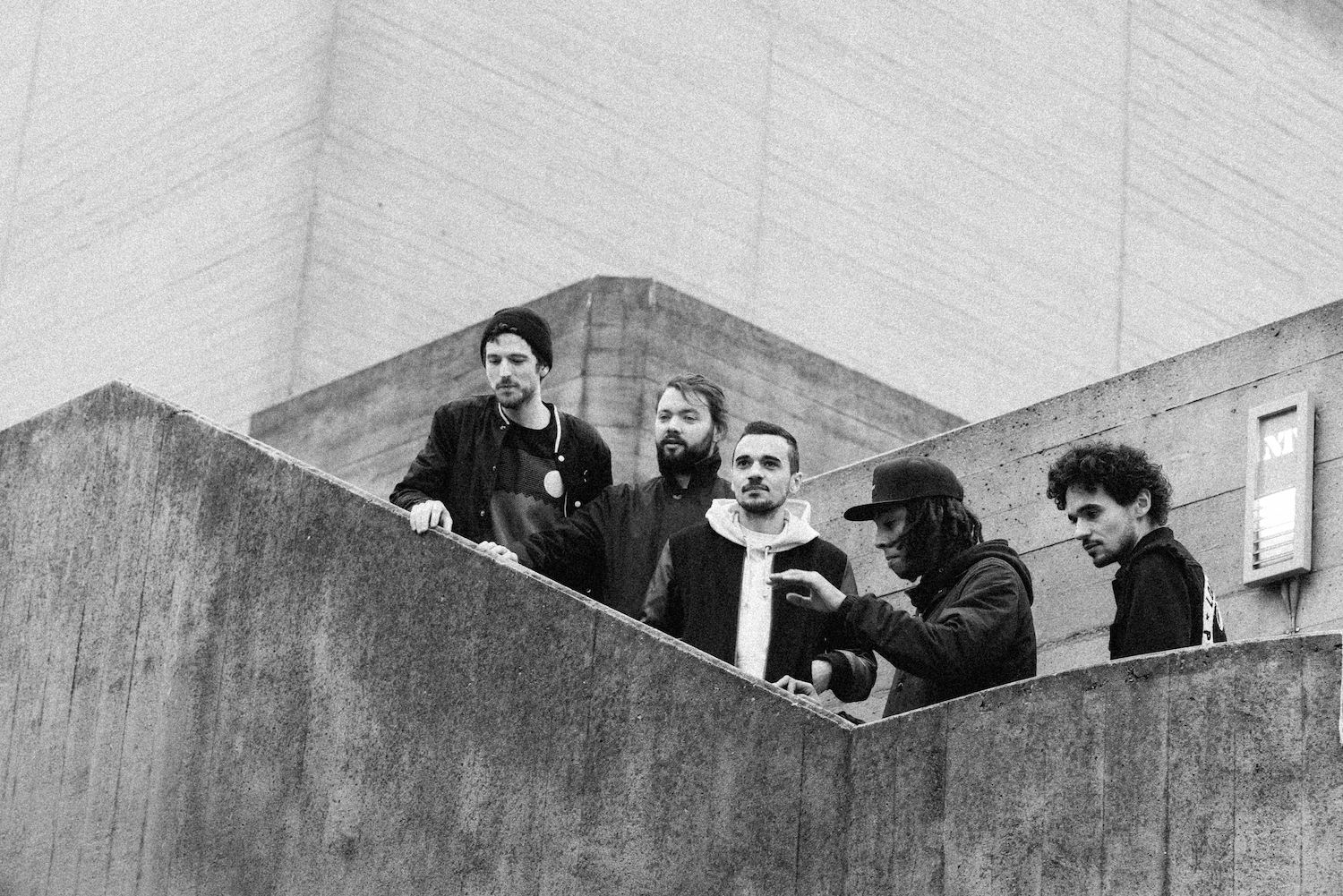 “People take the cowbell for a joke but it’s very, very serious.”

They’ve created a collection of killer anthems in the form of debut album ‘Look At The Powerful People.’ As you can imagine from that line-up, it’s quite a ride. “We tried to involve everything and cover a lot of ground and that’s what happened!” Matt says. For starters, there’s a ton of danceable melodies and euphoric highs packed in, but as he says, there’s also “a lot of jazz in there.” That’s unsurprising considering the brothers’ love of John Coltrane and Ornette Coleman, and there’s definitely more than a bit of improv going on. ‘Buy and Sell’ is groove-laden but contains a section where slap bass and drums face off against one another, while ‘Back Then’ descends into a flurry of crazy synth tones.

There’s also what Matt calls “some crazy saxophone”. Those bursts of sax are provided by Klaus, who’s a “50-year-old German saxophonist, and he’s mental.” Will had met him at a workshop and exchanged numbers, but never got back in touch. Then one day, he found him outside his house after Klaus had been for a job interview at a music school around the corner. A few hours of jamming, and it was obvious they needed him on board. “When we were doing these tracks we were just like ‘we need to do something wild’, and we got Klaus on it.”

Then there’s the influence of legendary producers Leon Vynehall (“fucking awesome”) and Ben Baptie - the latter another figure the brothers have known for a long time. “There are lots of bits on the album where we’d leave the studio for a day, come back in and Ben would have done just like a few hours of making weird sounds.” So, that extended, blustering noise at the end of ‘Ring’ that also closes the album? “It’s just Ben making weird sounds!”

One thing that stands out about ‘Look At The Powerful People’ is its inherently percussive nature. ‘Drugs’ kicks things off with a clash of pounding drums, cymbals and tambourines, and each track pulsates with strong beats. And yes, there are a lot of cowbells in there. “People take the cowbell for a joke but it’s very, very serious.”
He’s keen to point out the hundreds of years of technique embedded within it. Will became particularly engrossed in finding out more about percussive instruments, mostly because, as Matt explains, “it’s kind of part of our heritage.” “Our grandad was from Ghana and he’s from the Ashanti tribe, and they have their own rhythm,” he says. “Every tribe in Africa has its own rhythm, and I guess it’s part of our history and the history of music in general to have that in there. It’s nice to include those things, especially when it’s part of your family.”

That’s a word that keeps turning up: family. Creating and nurturing a kind of deeper human relationship around the band is incredibly important to its members, and Matt strongly believes that “everyone is as powerful as the next person. It’s crazy that we have this system where there’s one person at the top when really, we’re all in charge.”

It’s little surprise then that the album features a wealth of commentary on social and political issues. ‘Powerful People’ talks about those on the top “bringing them down with the weight” but also asks to be let in by another, equally strong public collective. Elsewhere, ‘A Friend’ encourages sticking together through hard times, and although ‘On The Board’ is about chess (putting it in a small but perfectly-formed collection of songs about the board game alongside Yes and Wu-Tang Clan), its tale of battling through strategic manoeuvres could also be seen as veiled political commentary.
For Matt, being in a band is pointless if you haven’t got something relevant to say. “If you’ve got a platform to speak your mind and people want to listen to it, there’s no point in saying something that’s not meaningful or genuine,” he says. “It made sense to try and do something meaningful, do something that might make a difference, affect someone, help or make a change. Just to provoke a thought. It’s so much more powerful.”

That’s just one way Formation are building bridges - they’re also encouraging an even more personal approach to relations with their audience, having set up a phone number for anyone to call them on WhatsApp. “Rather than doing it via Facebook or Twitter, which doesn’t really mean anything, they can phone us and have a connection,” Matt explains. So far they’ve had calls from someone from France on their way to school, a girl in Soho, a guy from Germany and a guy from France who’s actually English, among many others.

Isn’t he worried they might get a few creepy phone calls? “That’s what’s exciting about it!” he enthuses. They’ve already had a couple of prank calls: “Some guy rang me yesterday and he was a proper Cockney fella,” Matt says. “He rang me and said ‘You alright mate?’ I went ‘who is this’ and he said ‘it’s Gaz, I’m looking for Wiff.’ I was like, ‘you what? What are you talking about?’ He was like ‘it’s alright mate, I’ve got the wrong number!’”

So long as Formation are reaching out to others, it’s all good. “None of us are in this to dance around on stage and do nothing, we’re here to create a family and be there,” Matt says. “We’re standing on our own feet and we’re inviting people to come and live life with us.”

Formation’s debut album ‘Look At The Powerful People’ is out on 24th March via MENO.