It turns out that Alex Luciano’s infamous high-kick isn’t just impressive; it’s also havoc-wreaking. After holing up for a month in their home town of New Paltz, in upstate New York, in a studio filled with cats and freshly baked brownies, Diet Cig emerged the other side in the early hours of Halloween, with debut album ‘Swear I’m Good At This’ finally finished. Knackered, triumphant, and slightly dazed from the whole experience, the pair headed to the supermarket to celebrate, and caused quite the ruckus with a poorly judged leap.

“We decided we were gonna make a cake,” Noah Bowman starts. “Alex likes to bake a lot, and we went to the grocery store at 2am to get cake mix. Alex was jumping around with it in her hands…” he goes on, slightly wearily, “and it went flying all over the store.”

“It was so bad!” Alex yells, cutting in. “In that moment I had realised, oh my god, we did this! We finished! I had this bag of cake mix in my hand and I was punching the air running down the aisles,” she recounts, “and when I got down to the end, it just exploded.”

“I think it was a gluten-free Funfetti…” she adds, mourning the fateful cake that never was. “We’ve been on a real big gluten-free treat kick.”

Who can blame Diet Cig for a bit of - albeit accidental - chaos-causing? After wrapping up their lone ‘Over Easy’ EP three years ago, on their favoured finish date of - you guessed it! - Halloween, Alex and Noah are chomping at the bit to unleash their first album proper. “I’m so excited to give people a proper, longer experience,” Alex concurs, “and give back to the people who’ve been waiting so patiently and kindly for our music.” “Let’s just do the damn thing!” exclaims Noah. 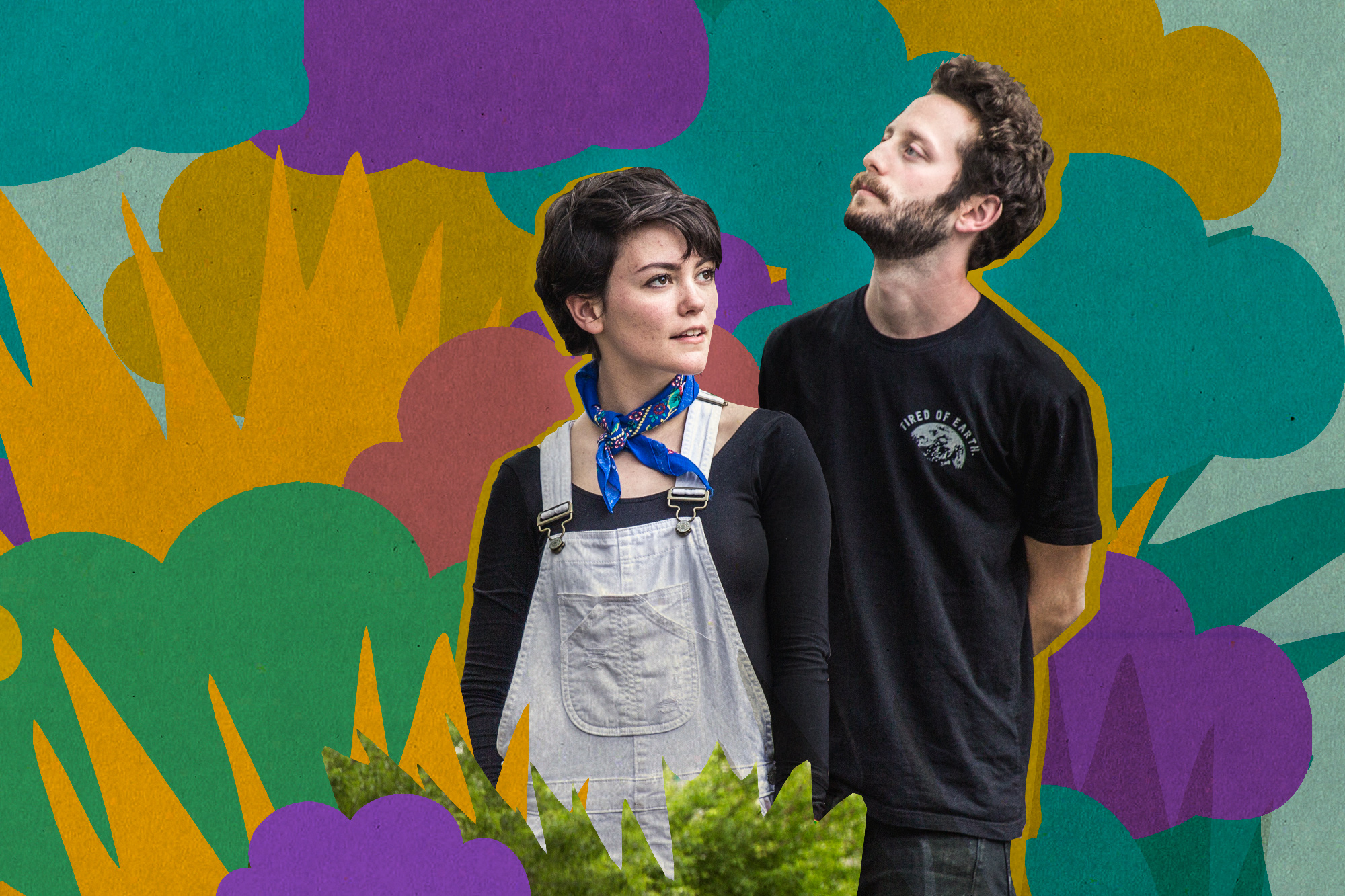 “I hope this record can tell other people their feelings are valid.”

Hurtling towards debut land, Diet Cig approached the whole thing with one clear goal. Take one cursory glance down the track list for ‘Swear I’m Good At This’ and the unfamiliar song titles leap out immediately. A few firm live staples - ‘Tummy Ache’ among them - make the cut, but this is a big surprise bundle of brand new territory. Beefier, wittier, sharper, and bigger than anything they’ve done previously, it’s the sound of a band making massive strides, and searing with confidence. “We just wanted to make it really dynamic,’ says Alex, “where we could go small, and make it really big at the end; go up and down.”

“We wrote those songs what feels like so long ago,” she points out, speaking about the likes of ‘Dinner Date’ and ‘Harvard’. “I didn’t wanna give them the same songs again,” Noah agrees. “I wanted to come out fresh and new.”

Beyond wanting the album itself to be jam-packed with brand new glittery nuggets, the pair were also keen to build on the foundations of their empowering first steps.

For starters, Alex kicks things off with this record’s most razor-sharp moment of wit. “When I was sixteen, I dated a boy with my own name,” she starts atop melancholy strums, laying the tale’s foundations. “It was weird in the back of his truck, moaning my own name while trying to fuck.” Touché. ‘Barf Day’ – the tragicomic tale of a deserted 21st party – sees an outraged, and slightly stroppy Alex declaring “I just wanna have ice cream on my birthday” atop fuzzing guitar crashes. Time and time again, ‘Swear I’m Good At This’ turns bullshit into bad-assery, and makes pure fun out of misfortune. 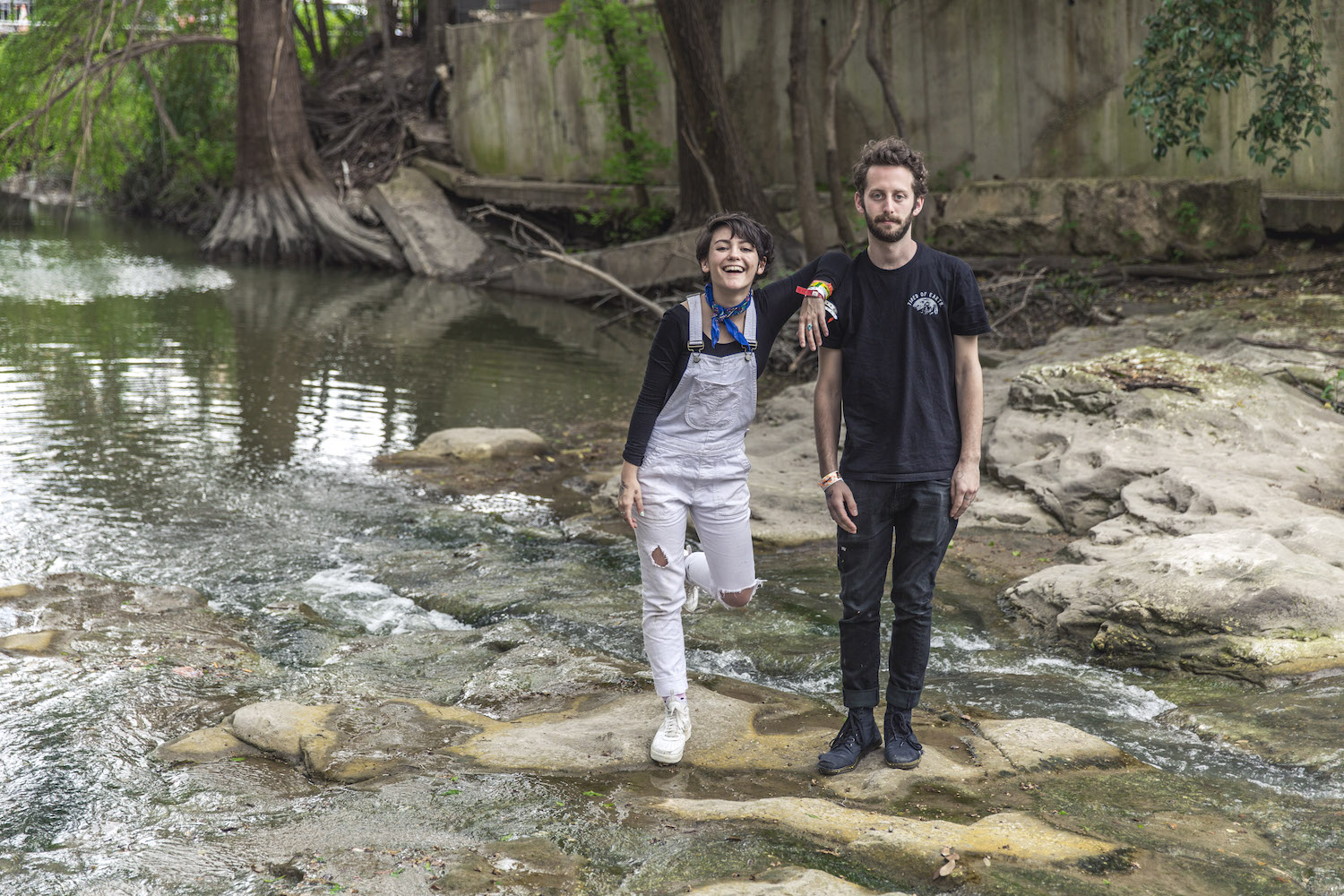 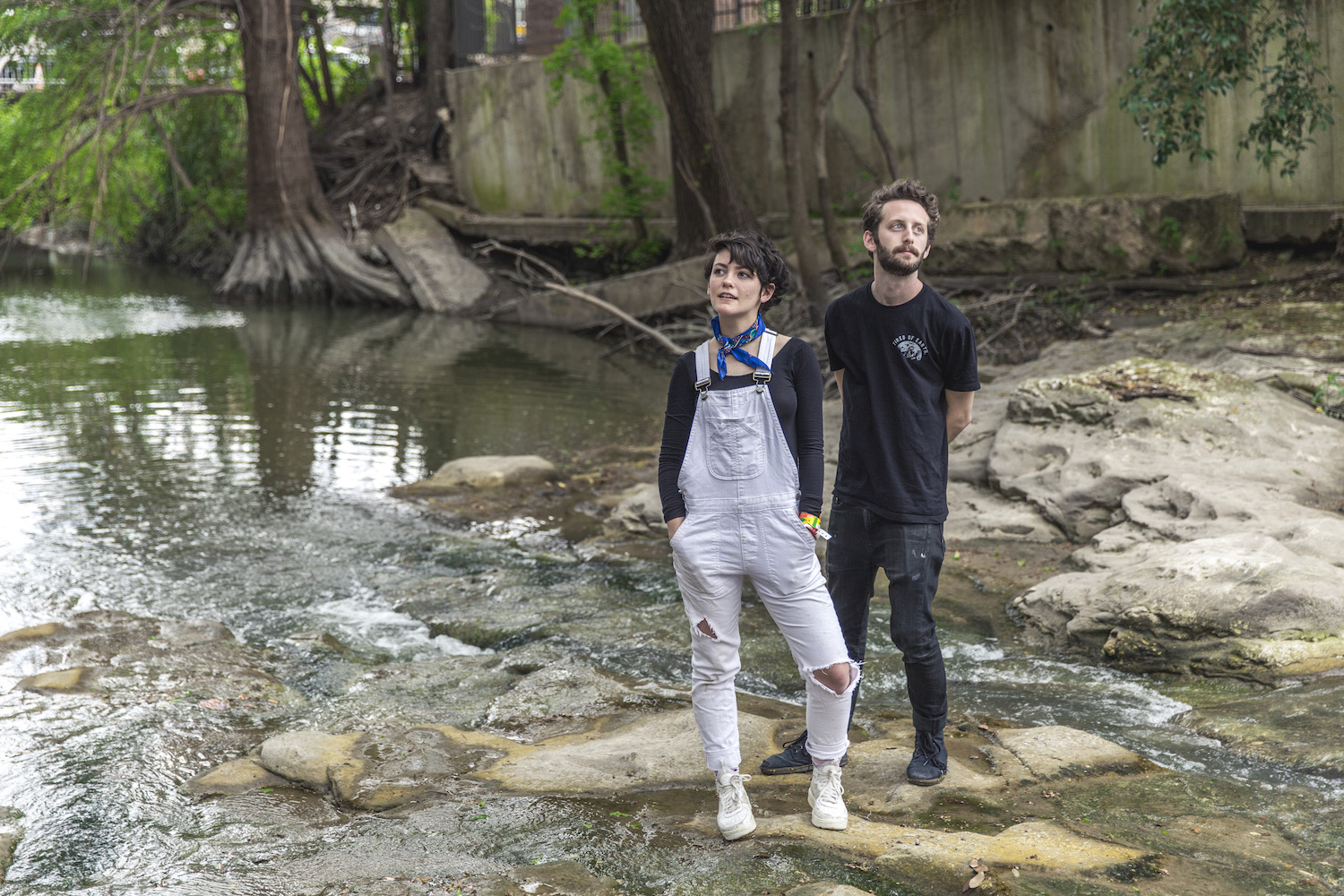 “I guess a lot of the stuff is super dramatic...” says Alex, “but I think those feelings are real. Sometimes you just feel like shouting your feelings. You don’t want to be told you’re being crazy. Just because you’re telling your feelings, it doesn’t mean you’re being whiny or bratty. And this record is about being like, ‘fuck that, I’m going to tell you my feelings, and they’re valid’. I hope this record can tell other people their feelings are valid too.”

“I really like ‘Link in Bio,’” she ponders, “where I say ‘don’t tell me to calm down’. I feel like it’s really important. Women and femme folk are told all the time that if they have emotions, or if they’re freaking out or being really mad, or sad, or expressing themselves in any way, they’re told just calm down, you’re being dramatic,” she concludes. “I was sick of being told ‘calm down’.”

Leaving behind the brilliantly barbed, if a little insular, EP stand-out ‘Scene Sick’ – which deals in gripes with appearance-besotted musicians around New Paltz – ‘Swear I’m Good At This’ widens the scope. The glitter-glue covered video for ‘Tummy Ache’ sees Noah and Alex throwing a placard-making party ‘round their place, drawing visual attention to vital American movements and organisations – from Black Lives Matter and the ACLU, to Planned Parenthood and Trans Lives Matter – in the process. Meanwhile, close pals and vocal activists PWR BTTM make a cameo, too, along with attendees of various Girls Rock camps in the US. The band also have plans to invite several bands from the camps – which host music-based summer schools for aspiring young female musicians - to support them on their American tour.

“Not everyone has the microphone we have,” Alex points out. “It’s great we can show solidarity with those causes. I think that’s a really important example to set,” she adds, “especially if you have people listening to your art. It’s radical as fuck to do stuff, and donate. It’s radical and cool to care about stuff.”

“A lot of kids who felt marginalised growing up are now making incredible music,” she continues, reflecting on the growing wave of bands who – like Diet Cig – are shouting loud in backing the things they believe in. “A lot of it is us wanting to show our listeners we stand with them and we have their backs, and it’s more than just us just playing music and hoping they’ll buy it. It’s like a community. We’re trying to fill that community, and offer kindness.”

“I wanted to come out fresh and new.”

Looking ahead, Diet Cig are bursting with excitement around their debut, and have a whole bunch of plans to build on the incredible standards set by their pink bomber jacket merch line - “you ain’t seen nothing yet,” challenges Noah. They’re also a little wary of particularly devoted fans trying to recreate one of their career’s iconic moments later this year, during their flat-out run of live shows.

“No, oh my god!” a horrified Alex exclaims, faced with the possibility that it’s only a matter of time before somebody asks her for a symbolic lighter; mid-way through a show. It’s how her and Noah met by chance at a gig, after all, back when Alex was in need of a ciggie spark. “I feel like that’s the most rude thing ever!” she protests, with the gift of hindsight on her side. “I’m really grateful Noah was so gracious, because if someone did that, I would hit them! Noah was just in town for the one night,” she justifies. “I kind of think if we didn’t meet that one night, we might have not done at all.”

“We’re waiting for that day,” states a well-prepared Noah, “and we’re just gonna slap it out of their hands!”

Taken from the April 2017 issue of DIY, out now. Subscribe below and read online here.