Sat by a bar the morning after their performance at Eurosonic Noorderslag festival, hundreds of miles away from home, success seems to be the last thing on London quartet Goat Girl’s minds, despite the heroics of last year’s ‘Country Sleaze’/’Scum’ single on Rough Trade. “I don’t really understand why people like us to be honest,” frontwoman Lottie ‘Clottie Cream’ shrugs. “We’re kind of shit.”

Unassuming they may be, but “shit” is one thing they’re not. What began as a folk group boasting “three part harmonies and guitars” has gone on to become one of the most talked-about new bands – an impressive feat for a group with only two songs released under their collective name. It’s been a natural evolution, one that’s landed the outfit in the middle of a whirlwind of South London-stamped hype – not that they’re paying their acclaim any attention. “It’s good not to look into it too much,” Ellie - who also goes by ‘L.E.D.’, because why not - ponders. “It’s just a natural thing. We didn’t decide to form a band, we just all like making music with each other.” Being touted for great things right from the word go isn’t that uncommon. While Goat Girl sound sure to be on the path to something spectacular, the group make no illusions about where they find themselves right now. “I think that record labels want to snatch up ‘the next big thing,’” Lottie considers. “They’re trying to find this new scene that’s happening with the younger generation.”

Having been spearheaded as leaders of such a scene themselves, the band are quick to cut through the hyperbole when it comes to the sphere they exist in. “It’s just a group of people that know each other,” Naima (aka Naima Jelly) states, “and we just happen to play music. A similar thing will happen next year with other people.” With their feet planted firmly on the ground, Goat Girl’s path is one of their own making, their forthright nature a part of their charm. 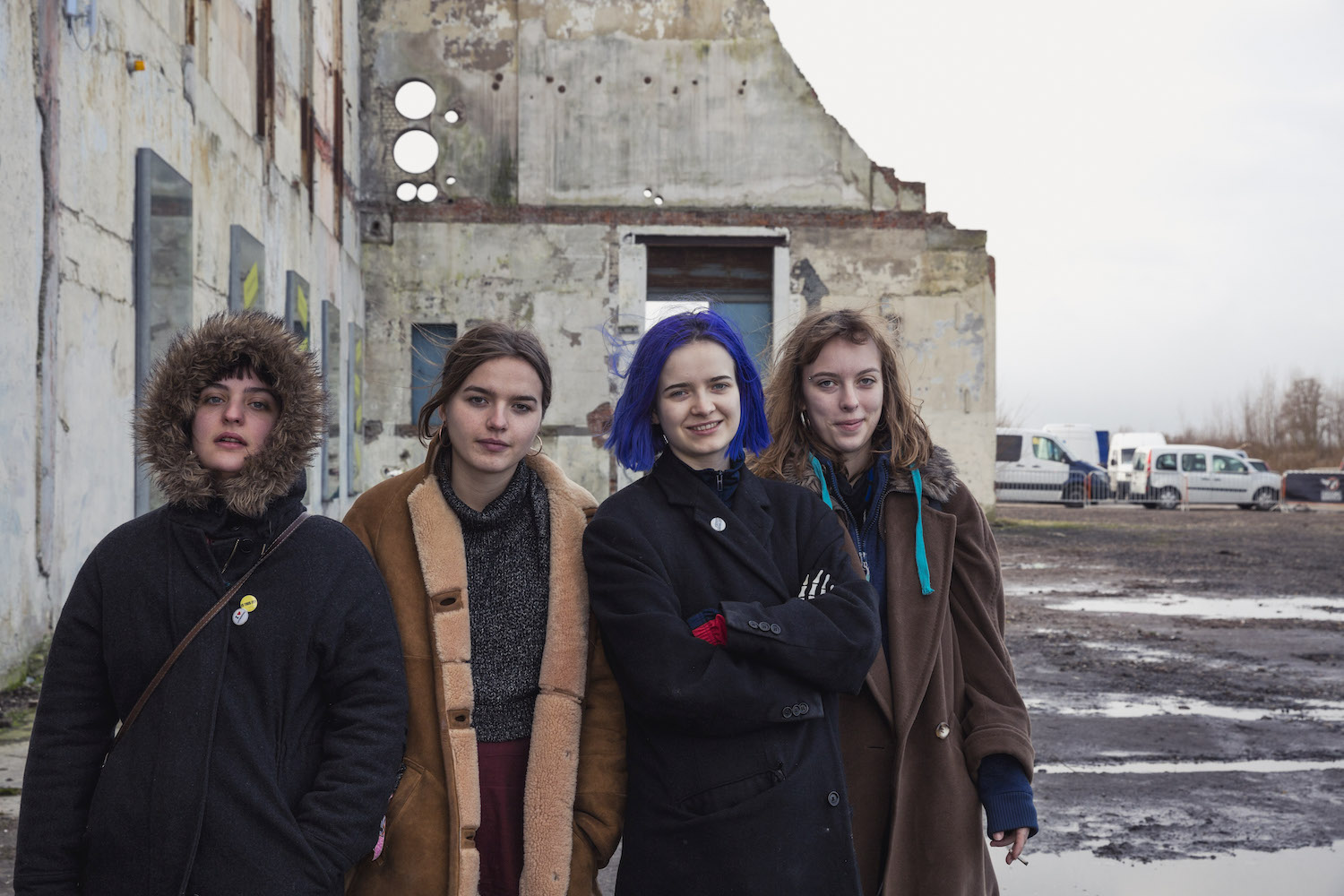 Having thought, for the most part, that buying records was “saved thanks to the people who have enough money and knew a band inside-out,” the four-piece are equal parts surprised and thrilled with the response that their now sold out debut 7” has received. “I didn’t think that anyone actually bought records to that extent with new bands,” Naima expresses. “It was really nice that so many people bought it straight away, even without really having heard us too much.”

From the 7”, ‘Scum’ is an explosion of anger spurred on by “the political tension between left and right” and seeing people “brainwashed by those with power.” ‘Country Sleaze’, meanwhile, is described with a grin as a song that’s saying something “only to us.” Having toured with the likes of The Lemon Twigs, Parquet Courts, and Yak, to name a few, the band are certainly having their share of fun. “Lemon Twigs were AMAZING!” the group exclaim. “We had a gymnastics contest,” Lottie laughs when the topic of Michael D’Addario’s high-kicks is raised. “I lost. I tried to do them and I split my trousers – that’s how uncool I am.”

Pledging to “try have a month off gigs and crack on with writing – and then sort our shit out,” the next year is looking bright for Goat Girl. “Touring for ten days around the UK and staying in Travelodges and eating shit all the time does get you down after a while,” Ellie describes. “It gets me down.” “I feel like we’re quite negative,” Naima reflects, chuckling. “Everyone’s like ‘It’s amazing that this has happened to you!’ And we’re like ‘No it’s not! It’s shit! I hate touring!’”

As the conversation descends into exaggerated exclamations of optimism, pessimism, and laughter, it’s apparent that Goat Girl don’t fit the usual mould for a band tipped for success – and that’s exactly what makes them such a thrilling prospect.