The surest indication that Haim are very nearly back is here! The trio’s label, Polydor, have pointed out a series of billboards in London, Berlin, Sydney and LA (on the road to Coachella no less…), in a since-deleted tweet, and said that new music from Este, Danielle and Alana is “coming”! Bloody hell!

The band have been working on the follow-up to their ‘Days Are Gone’ debut LP for the last year or two, and cancelled their performances at last year’s Reading & Leeds Festivals to continue work.

They’re back at the pair of August bashes though, as well as playing Glastonbury in late June. It’s all happening, and we can’t wait! 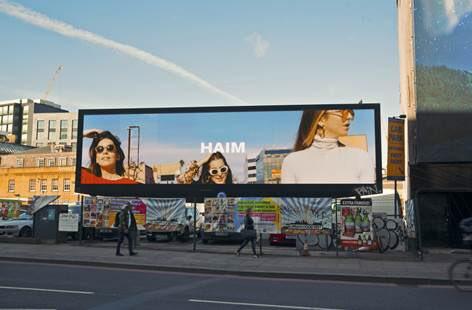