Hello dear readers, and a very happy Friday to you all! Everything’s coming up Milhouse for a number of reasons; not least the prospect of a Bank Holiday! We’ve got not one, but TWO issues of DIY out today for your leisurely perusal (all the details here!) and all of our musical faves - the generous so-and-sos - have chosen this week to return with A+ bangers, too. That was thoughtful of them!

Read on for all of our verdicts on this week’s biggest and best new tracks, from Haim’s long-awaited return to Fall Out Boy veering off in a brand new direction.

Choosing to put out their first single in years in the form of a one-take live performance is a bit of an unexpected move from the sisters Haim, ever the queens of glossy, polished pop. Then again, 'Right Now' is all about immediacy, taking aim at dodgy unreliability and spontaneous booty calls. They're pretty pissed off about it, too.

"You had me hanging on a dream you never believed," sings Danielle, before snarled lip guitars come crashing in courtesy of Alana. "You gave me your word". Meanwhile, Este proves that she's not just one for the bass face, pulling some quite remarkable expressions while bashing the shit out of a nearby drum instead.

Merely a taster of things to come 'Right Now' - in one-take form, anyway - doesn't quite hit full, expansive stride, and feels to be missing that last final ounce of OOMPH. To be honest, though, the restraint feels deliberate. Whatever Haim are holding back seems like it'll be worth the wait. (El Hunt)

Fall Out Boy - Young and Menace

Let’s be honest, it’s not like Fall Out Boy have ever been afraid of pursuing something a bit bonkers. Back when they launched their last album, ‘American Beauty/American Psycho’ it was introduced by its frankly batshit title track, which gave a glimpse into just how off the wall the four-piece can go when they fancy it.

Now, back with plans for their new record ‘M A N I A’ they’ve gone that little further down the rabbit hole. All brooding introduction and simmering build up, ‘Young and Menace’ explodes into furious life at the 1.08 mark, showing off a side to Fall Out Boy that we’ve never seen before. More akin to Skrillex than any of their previous peers, it’s an addictive trip of a first taste from a record which promises to be quite the ride. (Sarah Jamieson)

The Japanese House - Saw You In a Dream

By The Japanese House's standards at least, 'Saw You in a Dream' is possibly her starkest, most upfront track yet. Cloaked in just a couple of vocal layers - rather than Amber Bain's usual infinite vocoders - and with a hazy, low-key melody, this is a simple love song; written for a figure from the past that keeps creeping into her subconscious while she's getting some shut-eye.

It's interesting to hear The Japanese House sacking off intricate, glitchy pop; just the minute she seemed to have her signature aesthetic pretty much nailed. "You were the sweetest apparition," Amber sings. "Such a pretty vision, there was no reason, no explanation." Free from symbolism, and focusing on the ~ emotional content ~ with a thoughtful touch has served The Japanese House very well. And no, we're not crying - it's just our hayfever. (El Hunt)

Since leaving Vampire Weekend, Rostam Batmanglij has shared a short string of solo singles (including ‘Gravity Don’t Pull Me’ and ‘EOS’) and has also teamed up with The Walkmen’s Hamilton Leithauser to produce a collaborative album, ‘I Had A Dream That You Were Mine.’ But something more substantial from Rostam as a solo artist, whether it’s an EP or an album, hasn’t been on the cards. That is, until now.

He’s revealed that there’s a debut solo album in the works, and that it’s “coming soon.” In light of how long it’s taken to announce his plans, officially releasing ‘Gwan’ as its first single seems pretty apt. Across grand, luscious strings eventually accompanied by pounding drums that embrace his past while also looking towards the future, it’s a vehicle for Rostam to explain his own grapples with his subconscious desires. Sometimes he seems to acknowledge a sense of fear in stepping out as an individual, unsure of whether he’s being true to himself (“do you ever get the sense you’re watching someone else”). At the same time though, he recognises that clarity and even harsh realities can come from the unlikeliest of places, even your own dreams: “wisdom comes to your heart, down a shaft from afar/ Pulls you out of bed and into the noise.”

In the end, it’s as if Rostam comes to the realisation that he can’t simply ignore his dreams, whether they’re the ones he has in his sleep, or those he forms in his own mind. He doesn’t sound content anymore to act like some other people and “wait for something that never comes to them,” making ‘Gwan’ pretty much the perfect way to say that solo Rostam is here to stay. (Eugenie Johnson)

The title of British producer Lapalux’s new album ‘Ruinism’ was coined to “describe the way in which blended sound palettes and inspirations interact with one another” to form his album of the same name. Hearing him expand on the processes behind his upcoming new album, and the fact that it’s his first made entirely with hardware and live instruments, it’s possible to come to the conclusion that Lapalux is searching for something a bit deeper or more meaningful with ‘Ruinism.’

That theory holds even more weight when listening to its lead single, ‘Rotted Arp.’ Almost ironically though, it’s a track that initially seems featherweight, floating along with hushed electronic tones occasionally sparking off into disjointed, abstracted synth flourishes. But in come the spoken word vocals of Louisahhh, musing philosophically that “it’s a frustration that creates desire, not the other way around, unless you let it/ Maybe I’ll let it.”

Almost as soon as she succumbs to this dichotomy, ‘Rotted Arp’ gives in to its own musical desires, transforming itself into a pulsating, bass-heavy electro stormer, its sometimes squalling melodies just hinting at that idea of something obstructing a path to the object of true desire. Here, Lapalux made sure that the music and vocals don’t just occupy the same space, they interact to tell a deeper story about a very human subject. The effect is mesmerising. (Eugenie Johnson)

Even though Nancy Anderson doesn’t seem so sure of her position at the start of Babeheaven’s latest single, repeatedly singing “I don’t know about your love anymore,” one thing is certain. In the company of the West Londoners, you can feel right at home, cushioned by their knack for creating a sense of intimacy in their tracks.

That sense of closeness and familiarity has perhaps never been so apparent as on ‘Your Love,’ where they take a step into warm, classic R&B territory, gentle percussion and glassy yet twinkling electronic tones adding punctuation to each passing line. The chorus blooms with sweeping strings, yet the band always leave room for Nancy’s arresting voice. With that bit of space around her, Nancy can fill any room with her malleable vocals that range from assuredly soulful to wistfully fragile, lending emotional weight and grounding the song’s airy melodies.

The resulting combination simply surpasses the term “atmospheric,” and continues the feeling that every time they release a new track, Babeheaven seem to continually outdo themselves. Let them send you to a higher plane once again. (Eugenie Johnson)

Though the name Angelo De Augustine may be pretty new to most, the Californian singer-songwriter is something of a veteran, even at the young age of 24. He’s been writing and recording his own music since he was 14, and eventually released his debut LP ‘Spirals Of Silence’ in 2014, quickly followed by the 2015 EP ‘How Past Begins.’

That decade of hard graft has paid off; he’s just signed to Asthmatic Kitty and is set to release his new album later in the year. Until then, he’s shared ‘Truly Gone,’ a beautiful window into his world of crystalline folk. Simple in construction, it keeps the balance focused between the floaty, lilting yet intricate guitar melodies and Angelo’s wistful yet also slightly world-weary voice. Occasionally his hushed vocals sound as if they might be blown away by a breeze at any moment, while at others the lo-fi crackling adds an emotional and mournful layer to his singing. It’s the sublime sound of a musician who’s spent ten years perfecting his craft, signalling that Angelo will definitely be sticking around. (Eugenie Johnson) 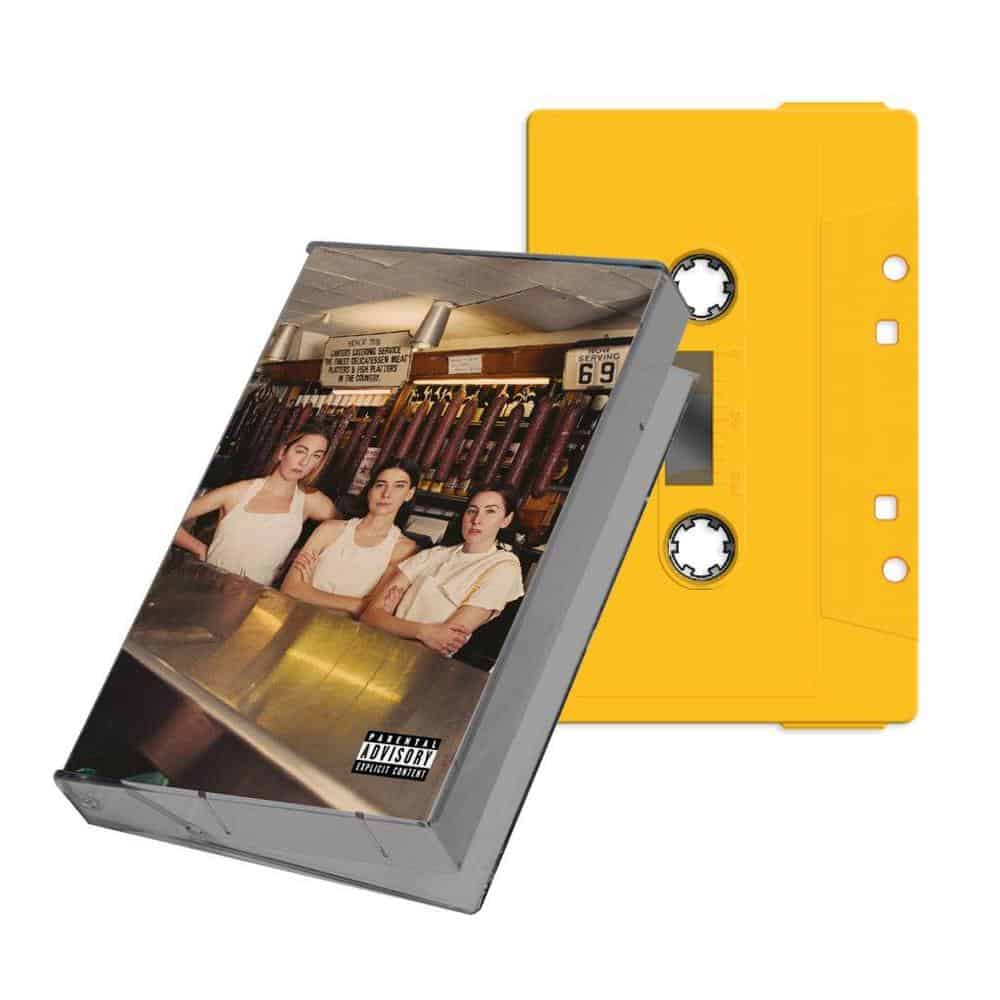 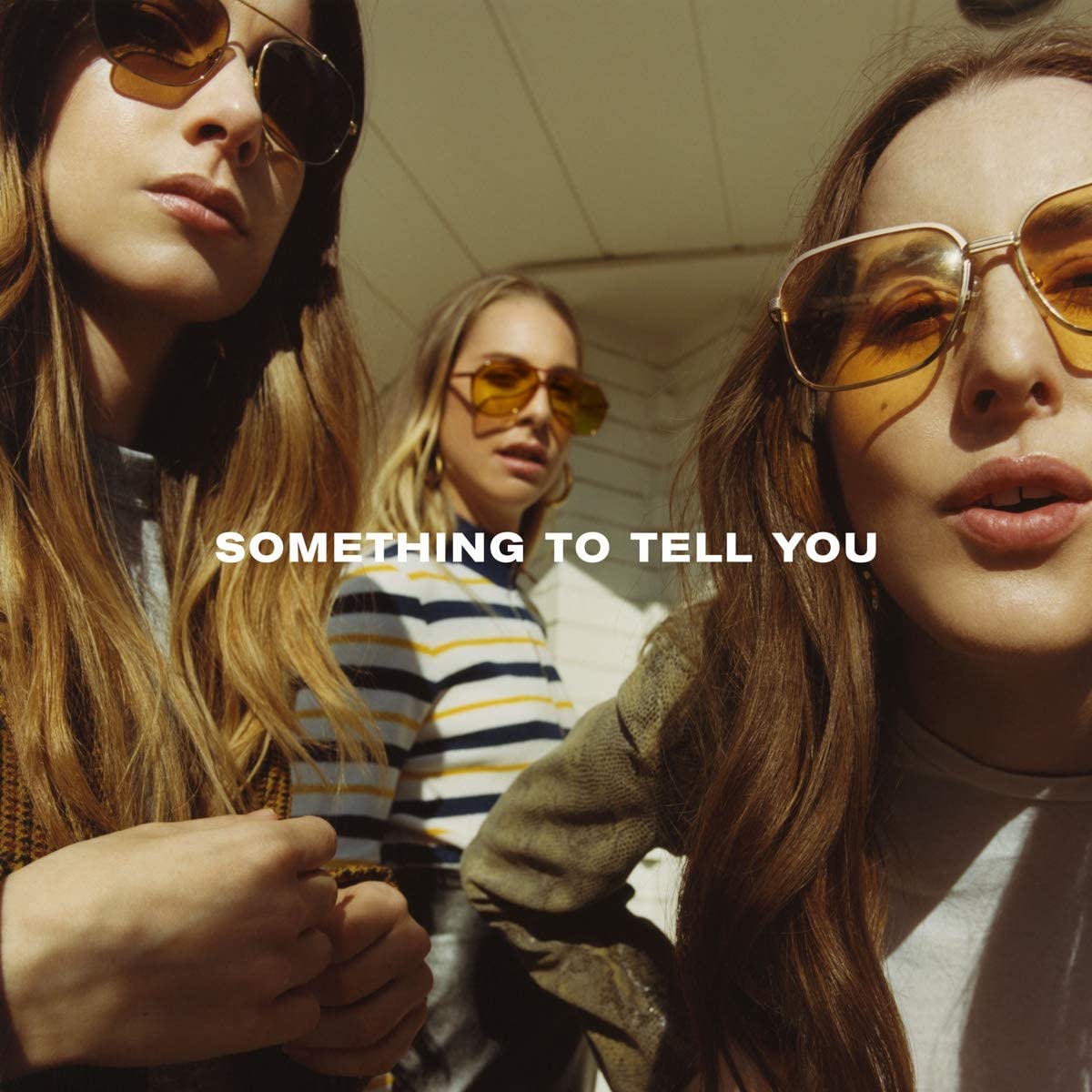 Something To Tell You NAD 2021 Double Vinyl They join previously confirmed acts including St Vincent, The Strokes, and Phoebe Bridgers! Recorded for the upcoming film, The Last Letter From Your Lover.