“Oh look, a fox just ran in!” exclaims Isaac Holman, drummer and vocalist of Slaves, on a warm Wednesday morning down in Brighton. Ordinarily, a visit from such a creature wouldn’t be too unusual. The fact that the band are sat lounging at the end of the infamous Brighton Pier, however, changes things a bit. “There’s a fox on the pier… I feel like I’m dreaming!”

Fresh from a visit to the States for a slew of shows – alongside a predictably hot and sweaty appearance at Austin, Texas’ SXSW – the band are in high spirits. While they’ve spent much of the last twelve months out on the road in support of their latest album – the Mike D-produced ‘Take Control’ – it’s safe to say they’re still enjoying being right in the thick of things.

“This was the first time we had done our own headline tour in America,” explains guitarist Laurie Vincent, of their most recent jaunt, “and while we didn’t play too many places, the places that we did go, the response was quite overwhelming. People were singing every word. You don’t expect it when you go anywhere, so it was very humbling.

“We did a sort of greatest hits set,” he continues. “We’ve now got two albums, an EP and loads of songs in between so we played about a third of each during the set. We didn’t play loads of the new stuff, but the stuff we did play went down really well. It felt like they knew it just as much as old stuff, if not more.” 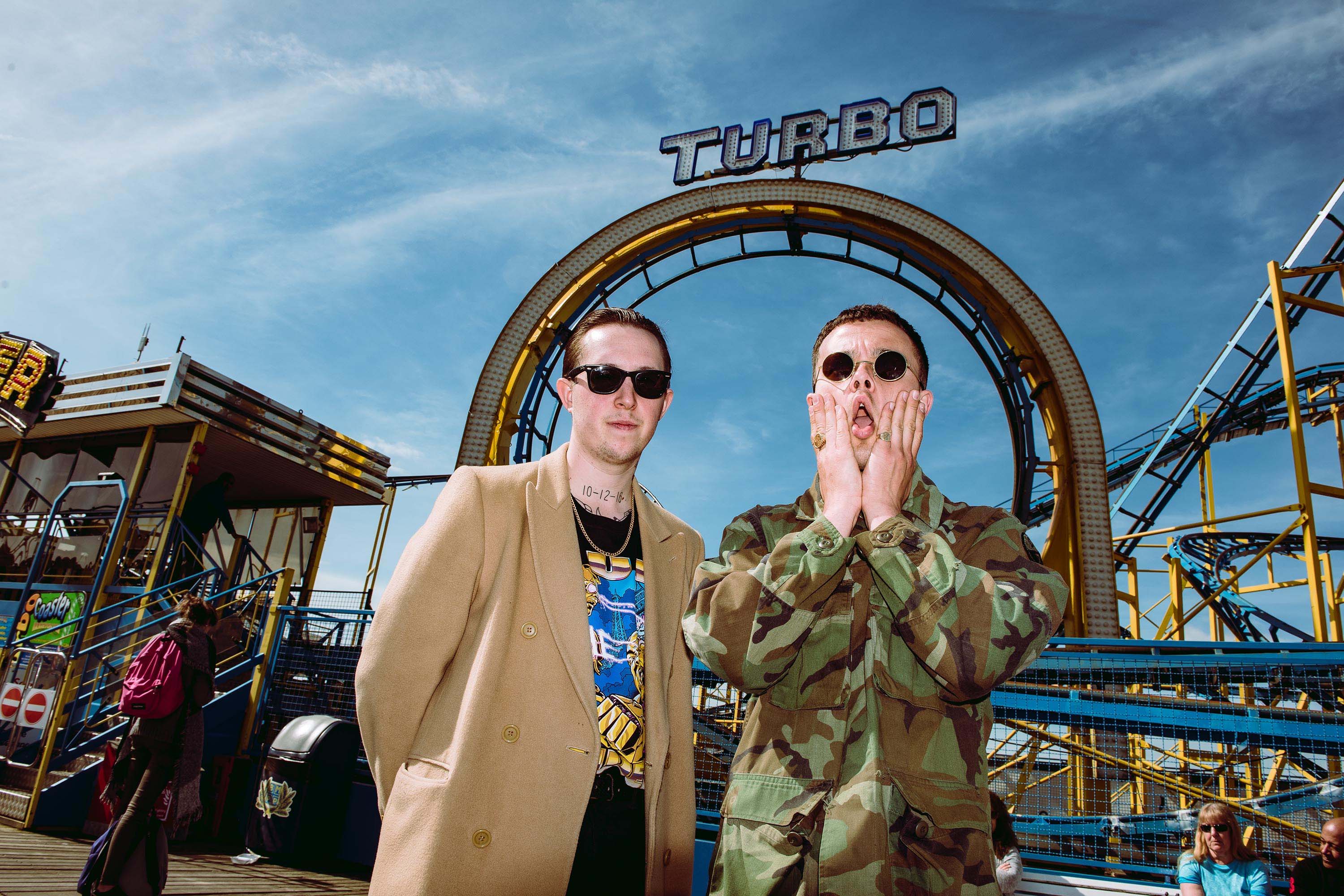 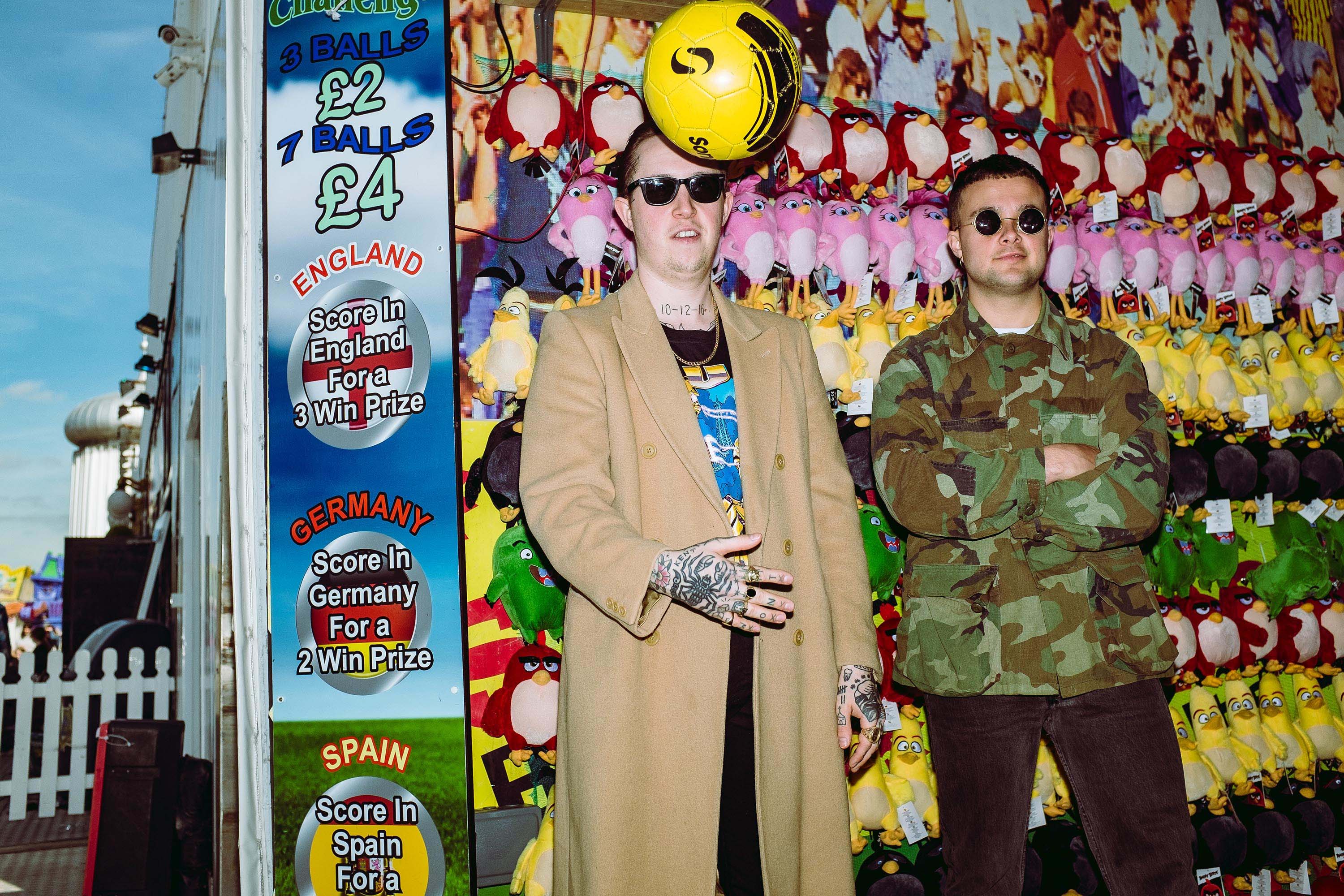 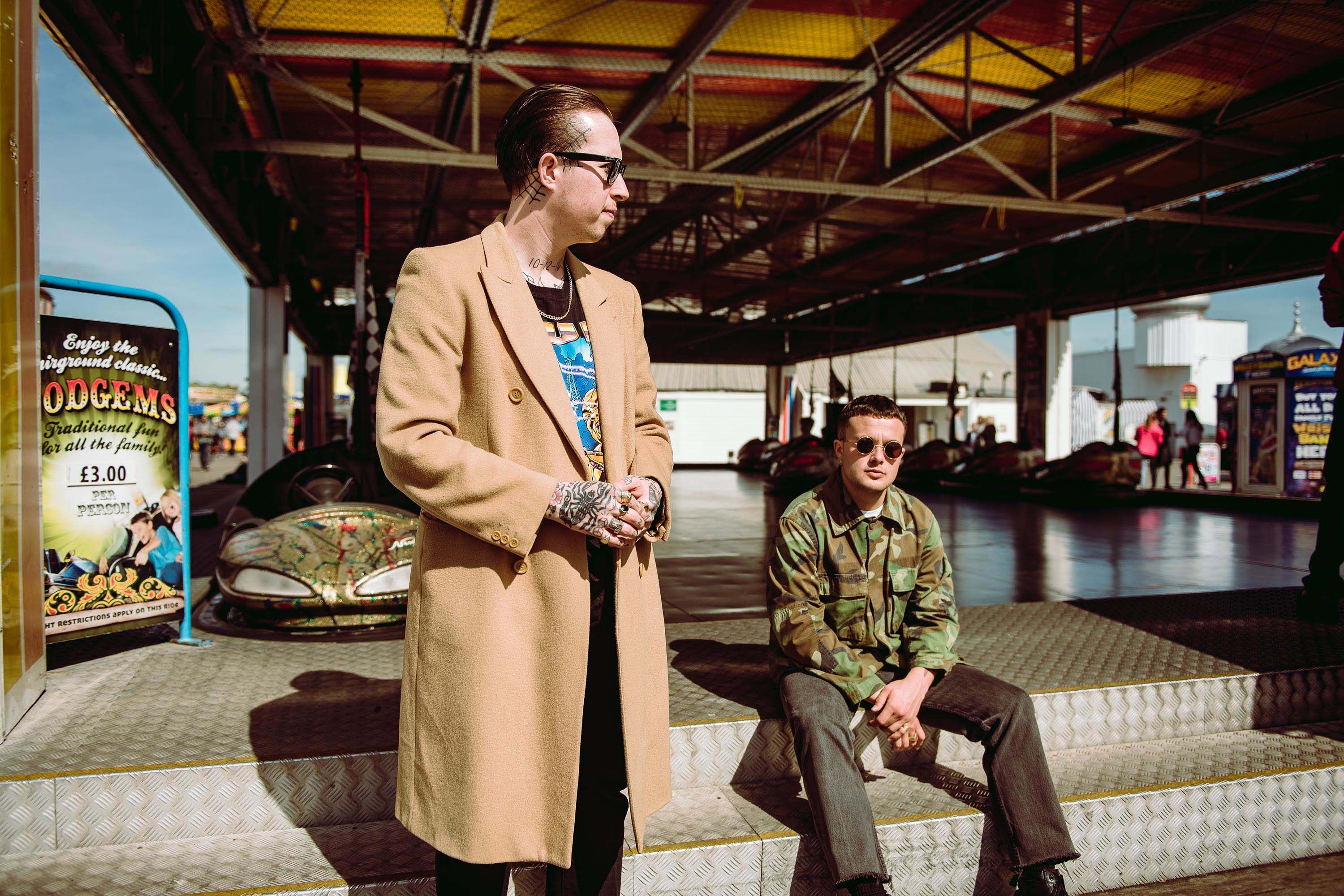 “The response was quite overwhelming.”

For Slaves, the live side of their band has always been a key part of the experience. Having cut their teeth in tiny venues and on festival stages back in 2014, it's safe to say that the sheer ferocity of their performance has always been a real draw. That raw, in-your-face attitude was something they revisited to last year, when they jumped in a van and returned to some of the UK toilet circuit. “It was carnage,” Laurie says, on their short but sweet run. “It's love-hate for me, because we never played those small venues when they were sold out. So, you go from not being able to afford a beer, to not being able to walk through the venue and there's nowhere to sit!”

“Yeah, there were no dressing rooms so there were times where we would just sit in the van,” laughs Isaac, as he soaks in the dwindling British sun. “There were times where it was almost a little bit isolating, but overall, it was amazing. I'd happily do it again in the future,” he grins. “I think it's important to do that every now and again.”

As ever, the upcoming festival season is going to be a real highlight for the band. Having previously found themselves crawling up bills at festivals across the UK and Europe, this is the year they'll finally be taking the step up to those bigger slots and, well, the pair can't wait.

“You never really know what’s gonna happen at a festival.”

“I can't wait to smash those festivals,” enthuses Isaac. “I'm so excited. It's just like anything goes and you never really know what's gonna happen,” he laughs. “There are lots of surprises. We always said we really wanted to play main stages in the dark and we're gonna get a chance to do that this summer.” “I like the challenge of doing big shows and I like being pushed to change and adapt to get across what we do,” continues Laurie. “Headlining main stages is something we're doing for the first time, which is quite crazy.”

And that's not all: at The Great Escape this year – a festival undoubtedly close to the band’s heart – they're going all out. Not only will Slaves be headlining the Thursday evening, they'll be taking over the whole of Brighton Pier. We're talking bands, DJs, fancy dress, face painting. There's even going to be a hot dog eating competition ('Consume or be Consumed', anyone? - Ed). And it'll all be rounded off with the band's set on the Horror Hotel. How exactly that'll pan out is still to be decided, mind...

“In my head I kinda didn't understand how it was gonna work,” admits Laurie, on his reaction when The Great Escape first approached them, “but I was just like, 'Let's do it!'” “I still don't really understand,” laughs Isaac, looking towards the Horror Hotel, “but I know it's gonna be cool.”

Taken from DIY's Slaves Pier Party newspaper, in association with The Great Escape. The band host the party on Brighton Pier tonight (18th May). Get all the details and read the newspaper in full here.