At the time the album was announced, Stephen said: “I think everyone agrees 2016 was a pretty shitty year. I kept thinking about my son (he’s nearly 3) and wanting to protect him from the world, so I decided to try and make an album full of positivity because that’s what I know I can do. And at the moment, I don’t know what else to suggest. As an aside, the album was originally going to be called Positive Recordings.”

That positivity shines brightly on the first three tracks Stephen has shared from the record. ‘Badminton’ was a sweet lo-fi wonder, while the title track was filled with arpeggiated, twinkling synths and vintage electronic beats that may or may not have been recorded on a classic Casio. Last week, he unveiled ‘Pink Rainbow’, an explosion of 8-bit drums, psychedelic synths and funk-driven guitars that Stephen says is “so over the top” (in the best possible way of course!) Prepare to get sucked into Stephen’s positive recordings, and transport yourself into his upbeat world just for a little while.

Listen to ‘Wild Imagination’ in full exclusively and see all of Sweet Baboo’s upcoming tour dates below.

Stephen also wrote us a handy little track-by-track account of the record. Dive in below.

The Gardener / The Night Gardener

The Gardener started off as an introduction to a song called ‘TV Theme’ which was also recorded for the album. I ended up letting Stephen and Pete at Moshi sequence the album as I was trying to cram everything we had recorded onto it and I wasn’t getting very far. Even though we all agreed ‘TV Theme’ was a bona fide smash hit (I think maybe only I thought it was a hit!) unfortunately it was the first song to go. The intro, on the other hand, made it onto the album twice. The brass version (arranged by Paul and played by me and Rob) was my attempt at the beginning of California Girls. The second version (The Night Gardener), which opens side two, is more in keeping with the rest of the album and I’m happy they both made the cut as they’ve given the album a nice bit of symmetry. The titles came about as at one point I had the idea of making a concept album about gardening. I’d been listening to Mort Garson’s Plantasia album (an inspiration for this record) quite a bit and also taken up gardening. That idea unfortunately did not take root so I took the intro cutting and repotted it at the start of the album. If Monty Don and Titchmarsh ever captain a gardeners’ question time quiz, I’d like to think they might consider these pieces of music for the theme tune.

When I started trying to write songs for the album I was really struggling, lyrically, to find inspiration. I think everyone agrees 2016 was a pretty shitty year. I kept thinking about my son (he’s nearly 3) and wanting to protect him from the world so I decided to try and make an album full of positivity because that’s what I know I can do and at the moment I don’t know what else to suggest. As an aside, the album was originally going to be called Positive Recordings. Lyrically it’s a pretty simple love song to my son. I also thought the wordless chorus might mean he’d sing along. So far, no joy. He likes the Artic Monkeys’ Fake Tales Of San Francisco at the moment. I’m happy I name check The Beatles in a song. You may as well aim high!

I’m hoping that the sentiment of the song is pretty universal. As with a lot of this album, I wanted to convey the same sense of hope and joy I feel when I listen to Robert Wyatt or Arthur Russell singing. Musically, I love the mix of Jeff Lynne acoustics, cheap drum machine, Talking Heads keyboard riffs and Wings guitar licks and the middle eight is lifted straight from the Euros Childs songbook.

Swallows was the first song I wrote for the album. It was the first song Paul and I worked on together in his lounge, and the first we recorded with Rob. As this was the first song we worked on, it became something of a template for the rest of the album. I knew I wanted to make the album sound different from previous Sweet Baboo albums and I had been interested in making a synth-based record for a long time. Working with Paul as an arranger on the last album made me realise that making music collaboratively was the way to go and he is full of ideas and also, handily, a house full of synths. It was Paul’s idea to give it a French pop feel, and we worked together on the chord progression in the chorus. The ending was his idea too (he likes Stereolab a lot) and Rob obliged by playing the flugelhorn.

I wrote Badminton quickly on an acoustic guitar. I played it to Paul and he suggested writing the finger picking pattern out and transferring it onto keyboards. I had scored it out and we realised that Paul’s Casio CZ-3000 had all the sounds and midi capabilities so we plugged the data in and it the keyboard did the work for us. Granted, I may be behind the times but I think it’s my new favourite way to record. Midi till I die.

It’s as Enya as I get but Rob’s bubbly synth in the choruses help steer it back towards the acceptable side of disgusting I hope. At the time I was playing a lot of badminton with my friend and I lost every single game. Lyrically this is just me psyching him out before the next match. Still didn’t win.

Clear Blue Skies is my attempt at combining the song Pink Moon by Nick Drake and Arthur Russell’s World of Echo album. I’m not saying I achieved it but honestly I think this might be the best song I have ever written. It’s a song about me and my son blasting off into space. I love the new age, Eno bit in the middle that’s held for about a minute. I’m hoping this section might grow into a monster live. I’m also holding out for a pregnancy test sync.

I’ve definitely used the idea behind this song a few times over the years. Maybe I’m trying to tell myself something. It’s a song about wanting to come home to my family after being on the road for so long. Musically I wanted this song to sound like a budget Jim O’Rourke. Rob thought it sounded like Minnie Ripperton. Let’s hope it’s something in the middle.

This is a big production number on the album: a spaghetti western as played by John Shuttleworth. My main concern is that the middle 8 is geographically correct.

Another big influence on the album was the Personal Space compilation that came out a few years ago on the Chocolate Industries label. I had long chats with Rob about the home made feel of it and I feel we captured the essence of that record on ours. Pink Rainbows is most like one of the songs of the compilation and is probably the first time Sweet Baboo has ever embraced the funkier side of music.

I love everything about it; it’s so over the top. From the backing vocals to the title to Paul’s ostentatious keyboard solo. The lyrics are ridiculous too. My son’s favourite song at the time was Rainbow Connection by the Kermit the Frog. His favourite colour was pink. I thought that was a good start as any for a song. The world can be a pretty dreary place so you may as well step out onto a pink rainbow.

I kept thinking of Mario Kart’s Rainbow Road while recording it: technicoloured and bananas. Credit must be given to The Lovely Eggs’s son Arlo who pretty much wrote the lyrics to the second verse after explaining a documentary about the Flying Scotsman to me.

Paul had a piano instrumental he recorded at home and we fleshed it out instrumentally at the recording session. This was a first for me; writing a melody over an existing chord pattern. I wanted to do a good job so it took a while to come up with something we were all happy with. I’d go running (walking) and listen to it endlessly, trying to refine the tune.

The lyrics took a long time to come together too. I wanted to paint an abstract kind of love song about longing and wanting to come home and if in doubt just pop in a baby I love you middle 8. I’m really proud of this song, even if I do say so myself.

And that’s the end of the album. I hope you like it. 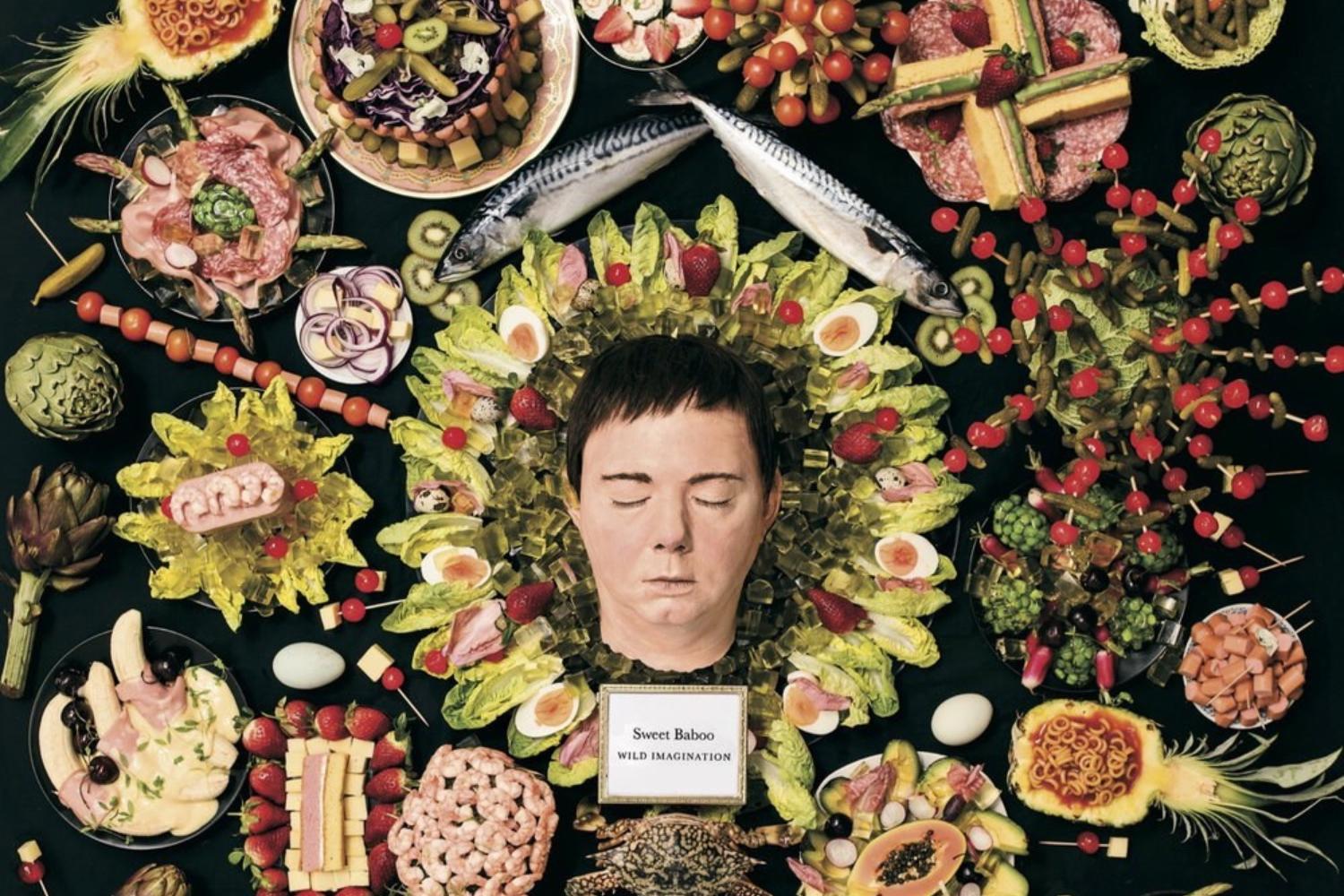 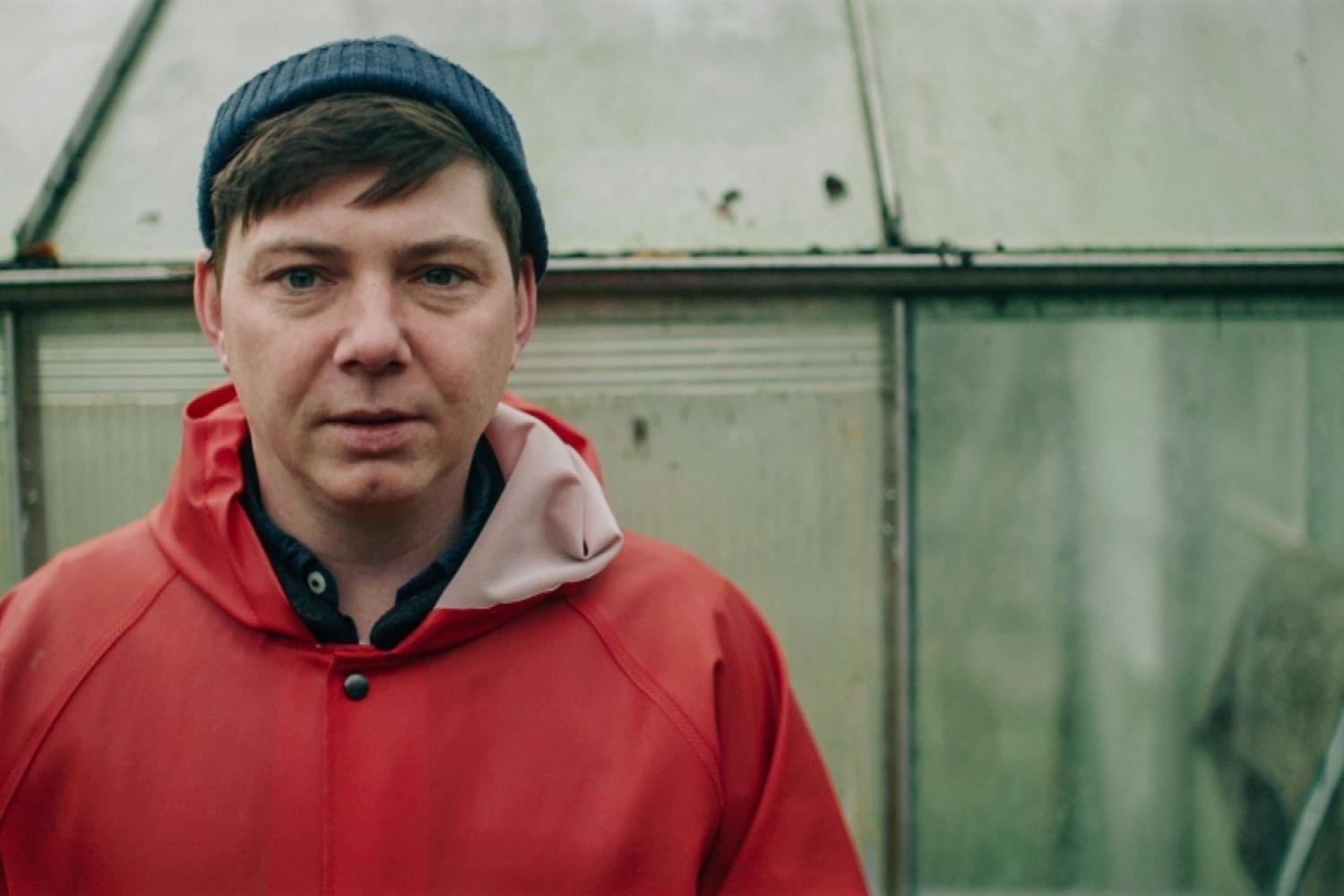 “It’s so over the top” Stephen Black says of the ‘Wild Imagination’ cut.