King Nun are rife with possibility. Sitting in their boxy north London rehearsal room, lyric sheets and grand plans hanging from the ceiling, it’s clear they’re still buzzing from their first tour. “You hear it’s like ‘you sleep in a shoebox, it’s awful!’” says frontman Theo Polyzoides of the band’s stint alongside Pale Waves and Superfood on the Dirty Hit tour. “But it was just this massive family.”

He grins slyly, glancing around at the others. “I’d say it was the best tour we’ve done yet.” 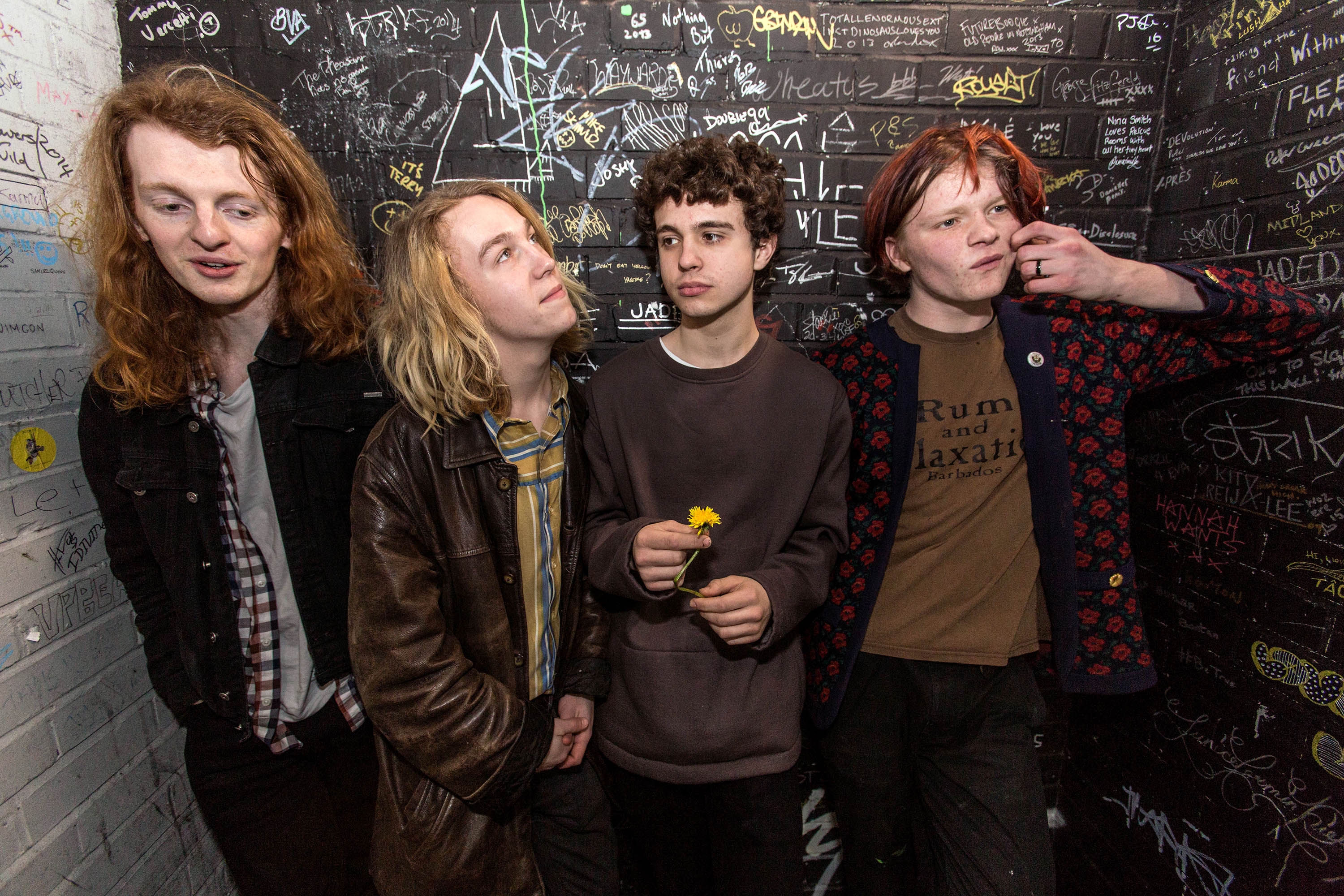 “We don’t want to be specifically an angry band.”

“On tour people would come up and talk to us about being this punk band, and it made me think. I’ve never seen it in a punk kind of way,” Theo considers. “Rock definitely, but not in a punk way.” “We don’t want to be specifically an angry band. We want to voice it in a way that feels appropriate,” adds bassist Nathan Gane.

Still, the furious energy on ‘Tulip’ and ‘Hung Around’ is undeniable. King Nun reckon that’s partly down to environment.

“I think that charge comes from having to put up with the sound in these rooms we used to practice in,” says Theo. “We were stuck in this one room that was always either boiling or cold, and it smelled like shit. Back when we were starting, the rooms we could afford…” He makes a face, drops the sentence, and James picks up the thread. “We’d have two hours a week,” he says. “It’s quite sad when you’ve got something you want to do all the time, and you can only do it two hours a week.” 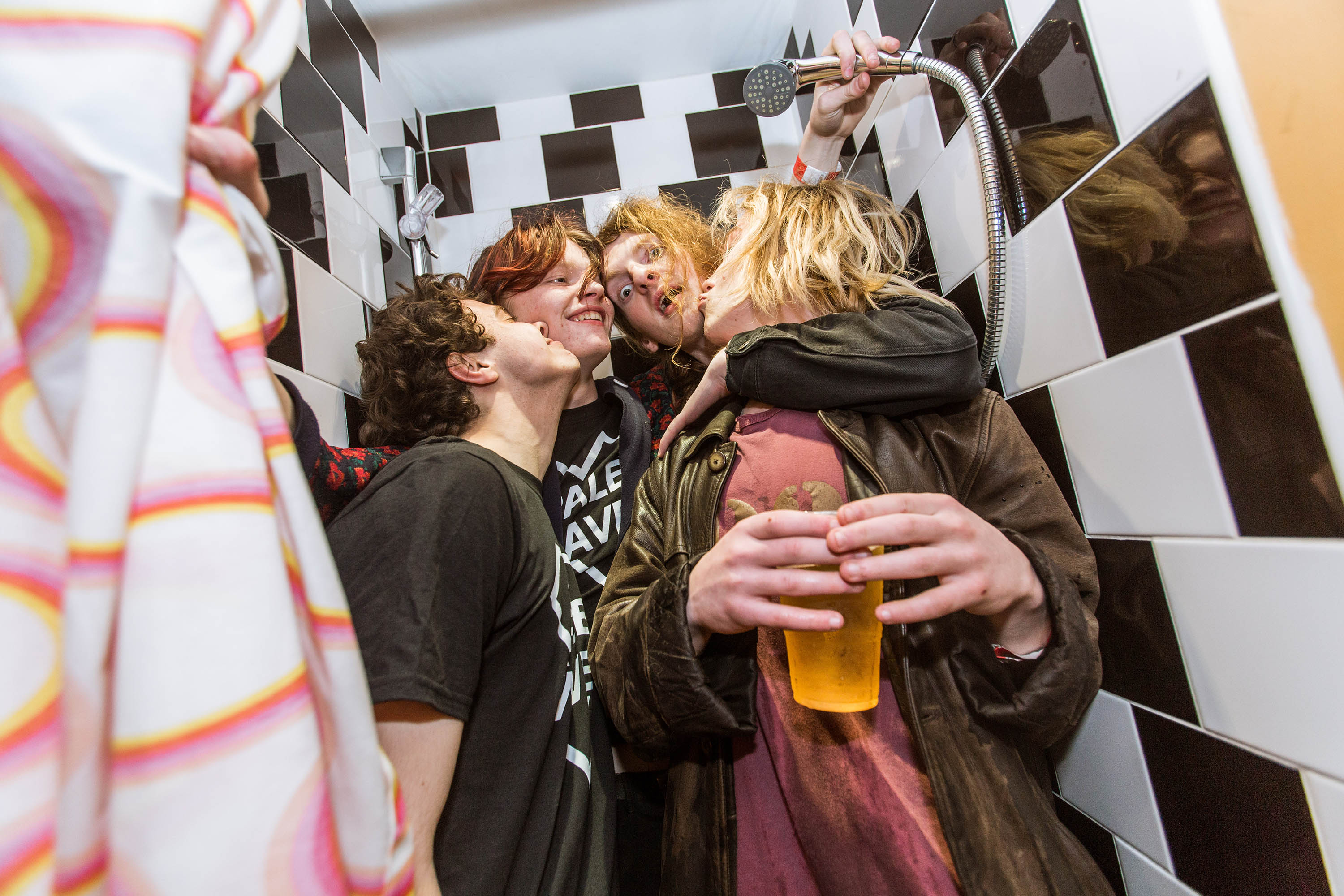 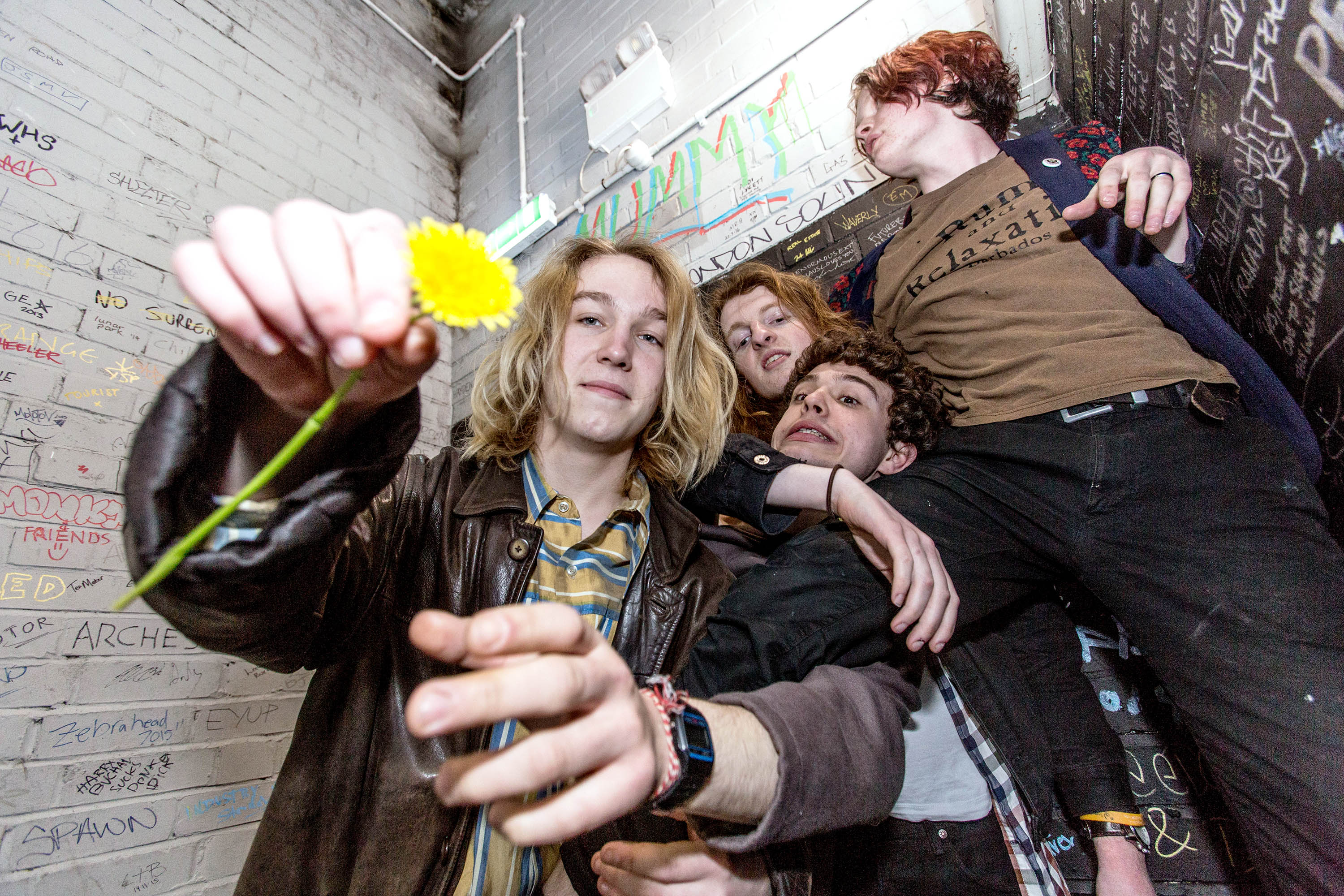 Nathan agrees. “Working a rubbish job to then go and give too much money to a man that lets you make loud noises in his shipping container makes you feel pretty shit about yourself. We’re very fortunate now, so we just try to make the most of it.”

There doesn’t seem to be any risk of them getting complacent just yet. Especially not with their first appearances at Reading and Leeds on the horizon.

“Me and Caius went to Reading after our GCSEs.” Nathan starts. “And to be those kids going ‘I’ve got my GCSEs and I’m going to spend five days away from my parents seeing loads of cool bands’, to hopefully think that now there’ll be people doing that, seeing us, is quite a weird thought.”