In his hometown of Brighton, Theo Verney records bands for a living. The
producer, engineer, multi-instrumentalist and songwriter counts Fake Laugh,
TRAAMS, Moondude and Rad Frü as clients. “I basically love recording really
great musicians,” he admits over the phone, the morning ahead of a preproduction session with another band. “It’s such a pleasure.”

It’s unsurprising that it has taken him a couple of years to craft his own debut
album between offering his in-demand talents elsewhere. The result - ‘One
Small Piece’ - is a testament to patience in a fast-moving world, taking one
small step at a time. “Obviously two years is quite a long time to be
progressing as a recording engineer so I’d learn all these different things and
then want to apply it to my own music. I’d go back to my own songs and
remix them or re-record them” he laughs, aware of his perfectionist
tendencies.

Unlike his previous EPs, created more speedily in the studio he built at home,
he began working at Church Road Studios around the time of the initial
recordings for ‘One Small Piece’. A bigger workshop was at his fingertips. “It
was the first time I had the opportunity to actually record things properly” he
explains. “It was a real learning experience, experimenting with high quality
recording equipment.”

Despite the swankier gear at his disposal, Theo’s DIY approach remained.
He saw the entire process through from start to finish, from writing all the
parts to engineering, producing and mixing. “It’s kind of a double-edged
sword,” he says of his complete control. “I’m my own worst enemy. I’m
recording and I don’t have anyone to bounce off like, ‘Is that good?’ I
recorded some of the songs at least three different times because I was
unhappy with the kick-drum sound! It can be borderline obsessive.”

“I love a good chorus! I like something to be immediate and catchy. I’m not a snob about such things!”

Ditching fuzzy riffs in favour of a more melodic, classic songwriting style
influenced by the likes of James Taylor and Gene Clark is a notable shift from his earlier work. He even believes his formative years of producing hip-hop still has some influence on his production style (“big kicks and snares and having things in your face”).

There’s an abundance of big, bright hooks to get caught up on over the
album’s eight songs. “I’ve grown up with classic pop and rock” he says,
unashamedly. “I love a good chorus! I like something to be immediate and
catchy. I’m not a snob about such things!” he laughs, before he justifies his
answer by way of The Beatles. “They’ve got catchy tunes for days! I know it’s kind of the musical cliche to be like, ‘Well, what about The Beatles…”

The album title ‘One Small Piece’ relates to the idea of music as “one tiny
drop in the ocean”. Breaking out of the confines of the studio and escaping
into the great outdoors gives him a sense of perspective. “It definitely really helps to have time to step back from the world of music and realise that it is only a small part of existence. My family live out in the mountains near the Amalfi Coast, so I go out there and go climbing, go walking, eat a load of really good food, drink a load of good wine and come back feeling quite refreshed.” 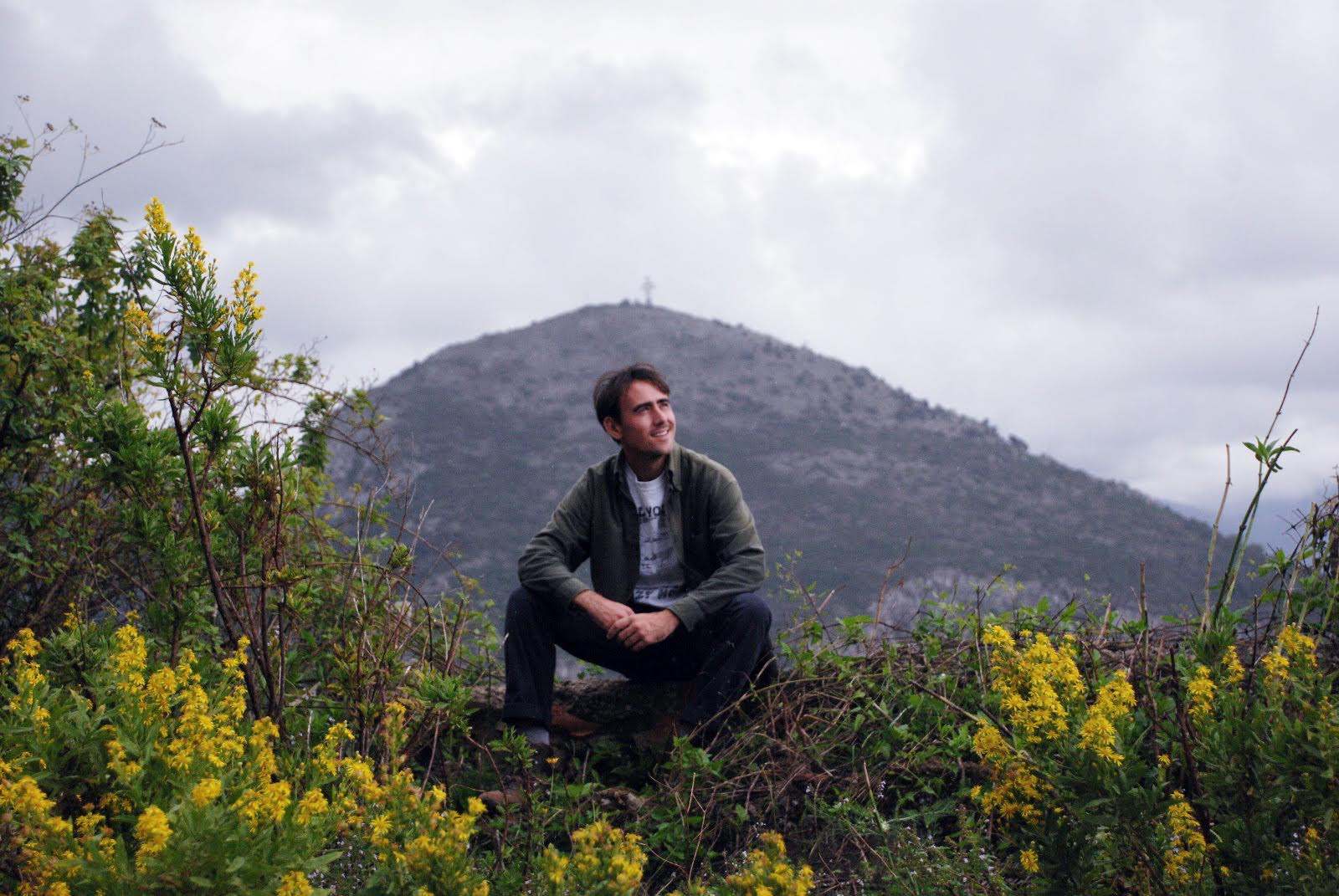 Back home, Theo has linked up with Brighton-based label Cannibal Hymns.
Responsible for debut releases from Dream Wife, Abattoir Blues, EAT FAST
and Our Girl, ‘One Small Piece’ marks a milestone as the label’s first album
release. “Something that was important for me was to work with people who I really like, who really care about the record and about music in general,” he enthuses. “You can see by the roster, it’s all quality. Our Girl are one of my favourite bands. I think they’re one of the best bands in the UK right now. Soph [Nathan] is an incredible songwriter.”

There are no plans to hit the road immediately. He is clear that he doesn’t
want to repeat the extensive gigging that has accompanied previous
releases. “I think there’s a lot of pressure on continuously touring and I don’t want to, partly because I’m really busy with recording and partly because it costs a lot of money to tour as a solo musician” he says, acknowledging the big losses that artists regularly make. “If money were no object I’d like to put together a massive band like back in the 70s, like The Allman Brothers with two drummers” he adds, excitedly. “Ideally I’d like to do a really small tour every year with a really big band, that would be fun.”

With ‘One Small Piece’ Theo Verney is doing it all on his own terms. He
describes the record as a “coming of age”. Growing up both sides of the
mixing desk, he’s established himself as a very exciting songwriter in his own right.

New track lands ahead of dates with Mikal Cronin.

One of the weekend’s heaviest sets came to the Lake Stage.