If it’s something of a predictable whinge to mention the weather at a British festival, then this year’s Truck is an acceptable exception. After two solid days of rain, the site of the Oxford event is an apocalyptic, Lord of the Flies-esque mud river. Solid ground simply does not exist. In a weekend of exciting and forward-thinking programming, with one of the most on-the-pulse line-ups of the season, it’s a frustrating downer (and one, you sense, that could be significantly bettered with a few bags of well-placed wood chip). Note: if you’re going to up the ante on the best bits of your event, you need to increase the tools to deal with the bad bits, too.

But anyway, on to the bands.

If many UK festivals seem to be caught in an endless loop of rehashing the established ticket-sellers, then Truck should be commended for going almost entirely the other way. Aside from its more heritage headliners (Franz Ferdinand, The Libertines, The Vaccines), the bill is a glorious celebration of the new – bringing together some of the country’s future top billers (Slaves, Sundara Karma) with a grassroots selection of genuinely exciting newcomers from across the genre board.

Friday finds local boy Willie J Healey bringing the swooning sounds of forthcoming debut LP ‘People And Their Dogs’ to an already-up-for-it main stage, while, shortly after, The Big Moon are treated like superstars. With singer Jules Jackson embracing the hair-whipping wind and declaring she “feels like Beyonce”, the band bounce through ‘Cupid’ and ‘Bonfire’ like the stone cold classics they’re already growing to be. Dream Wife ignite the first proper mosh pit of the weekend for the Spice Girls-referencing power sass of ‘F.U.U’, while Hinds’ sun-drenched slacker pop is slightly dampened but not diminished by the less than Spanish conditions on offer. 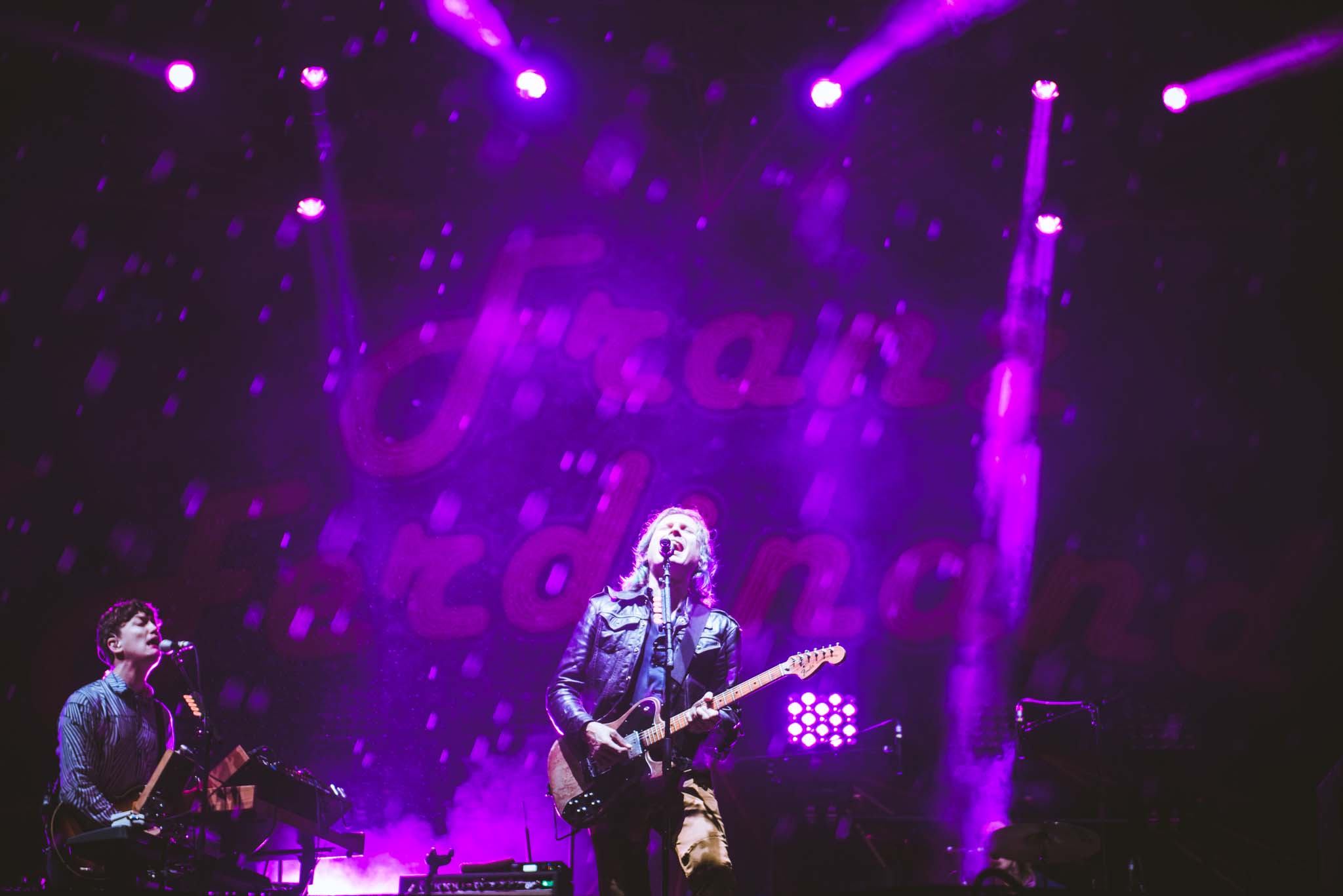 Really though, everyone is here for Slaves. Though former indie heroes Franz are the technical headliners, it's the Tunbridge Wells two-piece that truly send the field into a frenzy. Perennial indie disco classics 'Take Me Out' and 'Michael' might make for an entertaining end-of-night climax, but Franz are a band from a previous generation now. However, as they crash through the likes of 'Do Something' and 'Sugar Coated Bitter Truth', at a festival very much aimed at the young and the new, it's clear that Slaves' Isaac and Laurie are two of the most exciting voices of this one.

The same situation rings true the following day. Topping a bill plucked from the forefront of the UK indie underground, The Libertines feel like a throwback. It's echoed in the mood of the crowd; the biggest cheers tonight are, for possibly the first time ever, reserved for cuts from the reunited legends' somewhat-patchy 2015 comeback LP 'Anthems For Doomed Youth'. When Pete and Carl bring out the deep cuts from early career EP 'Legs 11', or even the mic-sharing majesty of 'Vertigo' or
Boys In The Band', it's clear from the slightly confused response of the gathered throng that most of the crowd are far too young to really understand why these songs mattered so much to so many. 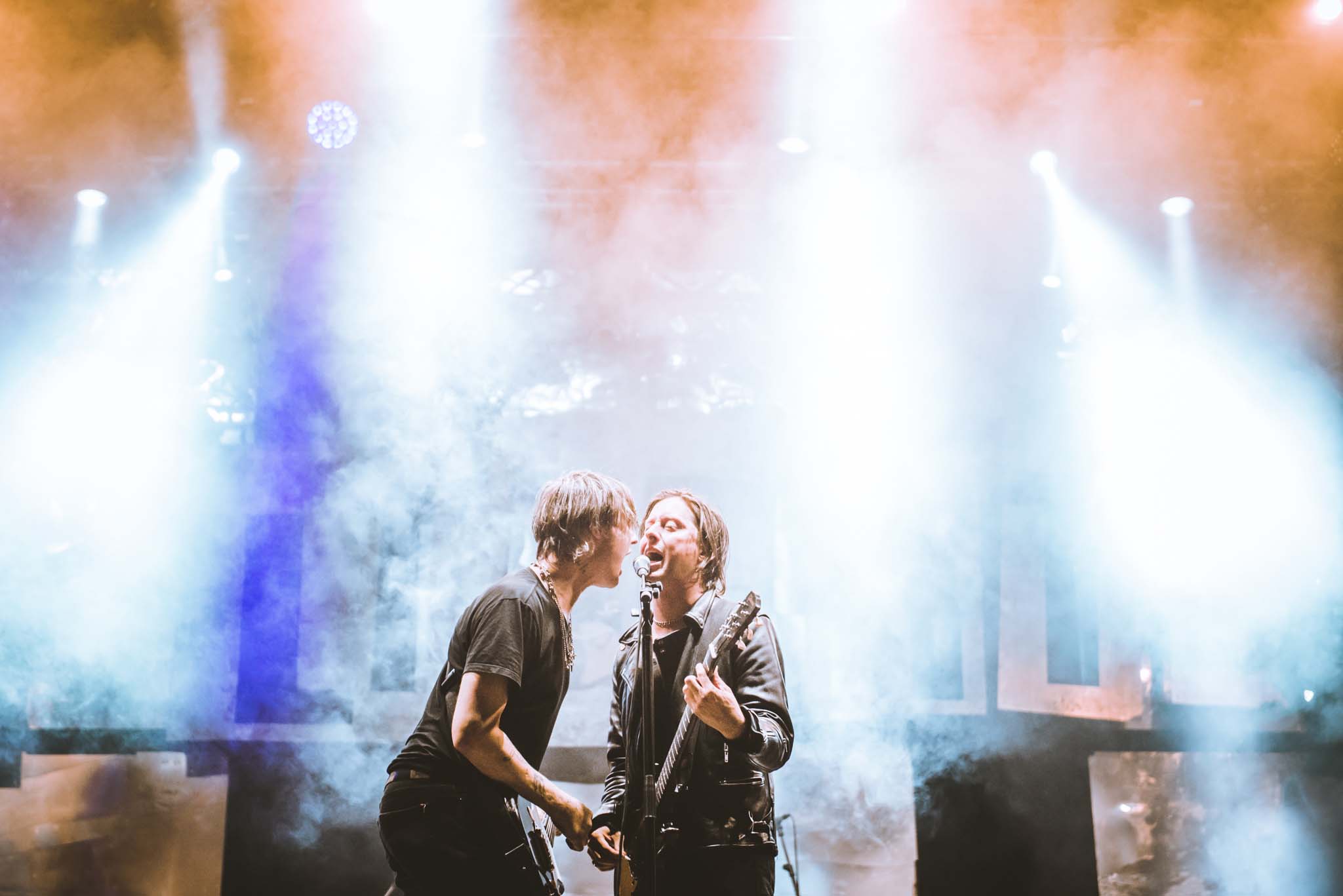 In comparison, the perma-packed Nest Stage (curated by South London collective So Young) is what matters right now. From Hull boys LIFE, whose wired art-punk is a witty, spiky take on Fall-esque social commentary, to Superfood and The Magic Gang, who both have queues out the tent and word perfect sing-a-longs throughout, everything on display feels thrillingly vital. Elsewhere, Pumarosa and INHEAVEN bring arena-size ambition, while, on the Sunday, the charge of the new continues with The Orielles, Fur, Sløtface and more.

Unlike many events that live and die by their headliners, Truck is a festival that stands up as a full entity. It knows what it is and it knows who it's for, and with an over-saturated festival market meaning that even the calender's most established weekenders are struggling, you sense that this sense of identity could be Truck's winning ticket. Just put a bit more straw down next time though guys, eh?