The pillar-filled second room of Liverpool’s O2 Academy makes a fitting backdrop for The Horrors’ melding of man and machine, metal and sweat. Slightly perplexingly though, these festival-headliner candidates, Top Ten breachers, are playing in a venue with a number on the end of it, but they certainly don’t leave an uncomfortably packed crowd unsatisfied. The Horrors seem to laughingly hurdle obstacles, with an artistic nonchalance in the way that being really really good seems to help with.

Just how good they are in fact is probably one of the most rewarding, evolving stories to follow in British music. After three killer albums in a row they chalked up the same high marks for most recent ‘V’ and its opener ‘Hologram’ that offers the introduction in Liverpool. Continuing to flex ‘V’s muscles, ‘Machine’ makes for a fever-pitch second song, with its overdriven intensity. The pace doesn’t drop for a cult classic that manages to be both timeless and furious, ‘Who Can Say?’. Artfully dishevelled and shrouded in a thick fog, the frenetic figures of the band thrash through song after song, with no discernible trough or slowdown.

The human scale of it all perfectly complements Faris Badwan’s heartfelt gratitude as he thanks “everyone who has supported us from the start” before launching into the anthemic ‘Still Life’. Hands aloft, with a charming “doo doo doo” as fans turn to human keyboards, “when you wake up you will find me” echoes through the pillars as though twice as many are signing it as are in the room. The bubbling chaos of ‘V’’s sleeper hit ‘Ghost’ subsides into a raucous reception for ‘Something to Remember Me By’ another new song that seems to have already wormed its way to a ‘Still Life’ position in people’s hearts. It makes for a charming and playful finisher and as Faris stands on the amp to grab hold of the ceiling girders, in full black silhouette with an impossibly tight choker, there’s more than a touch of the iconic about it.

End of year lists, festival headline slots, it’s hard not to imagine these five guys being pencilled in, after the year, even decade, they’ve had. Despite the hooks of “going away” and leaving “something to remember”, if the Horrors are to stick around they’ll do so as one of the best live bands we’ve got to offer. 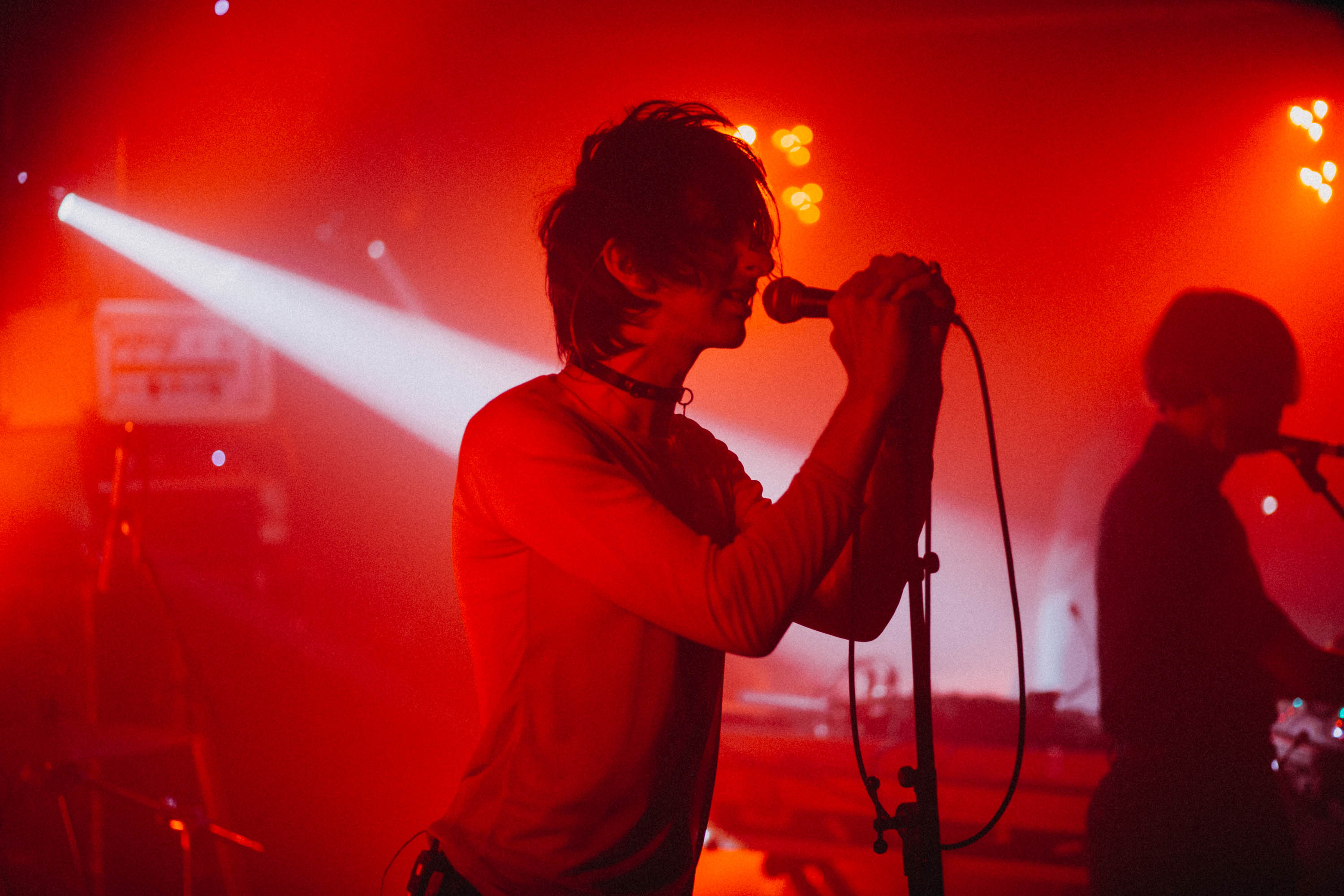 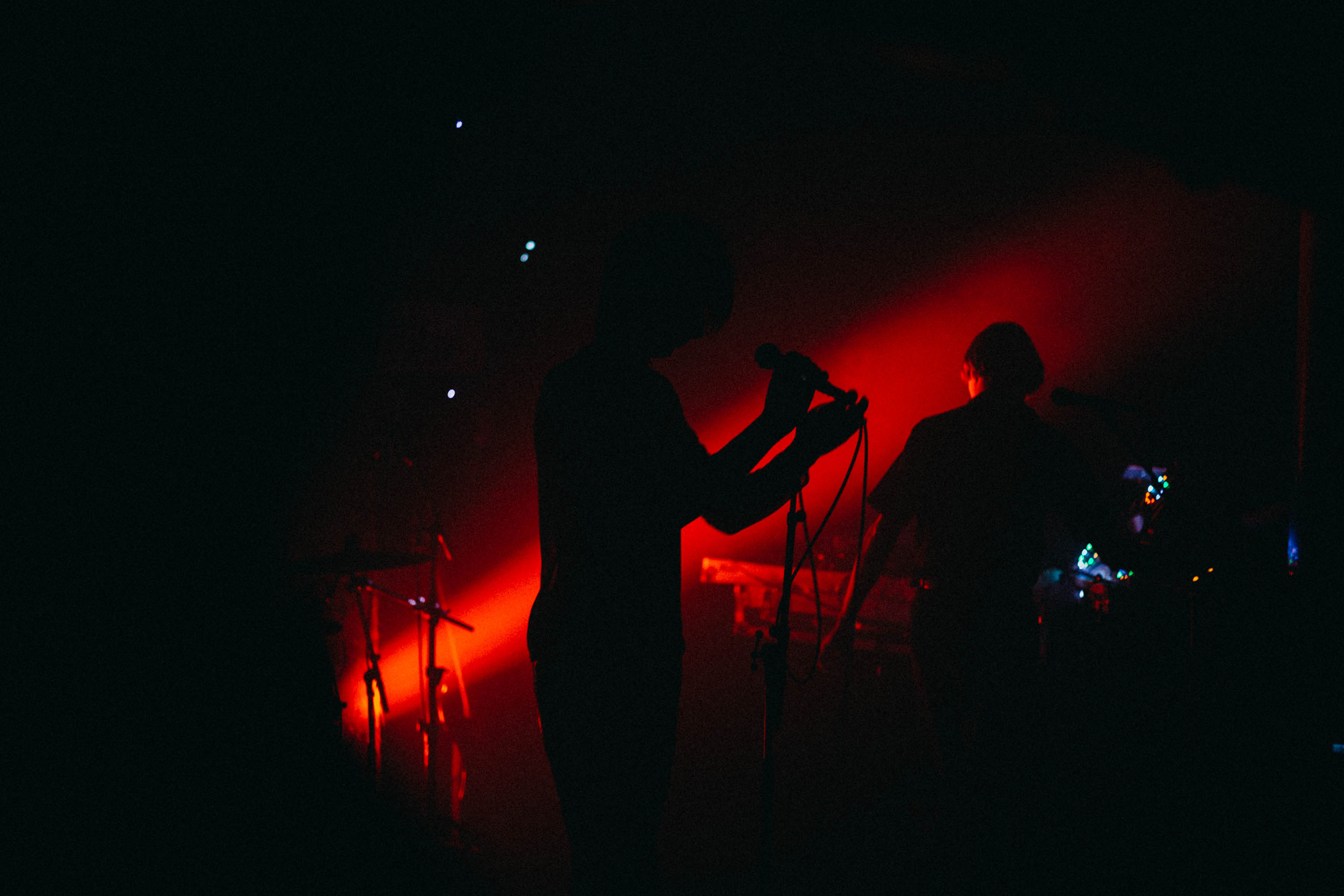 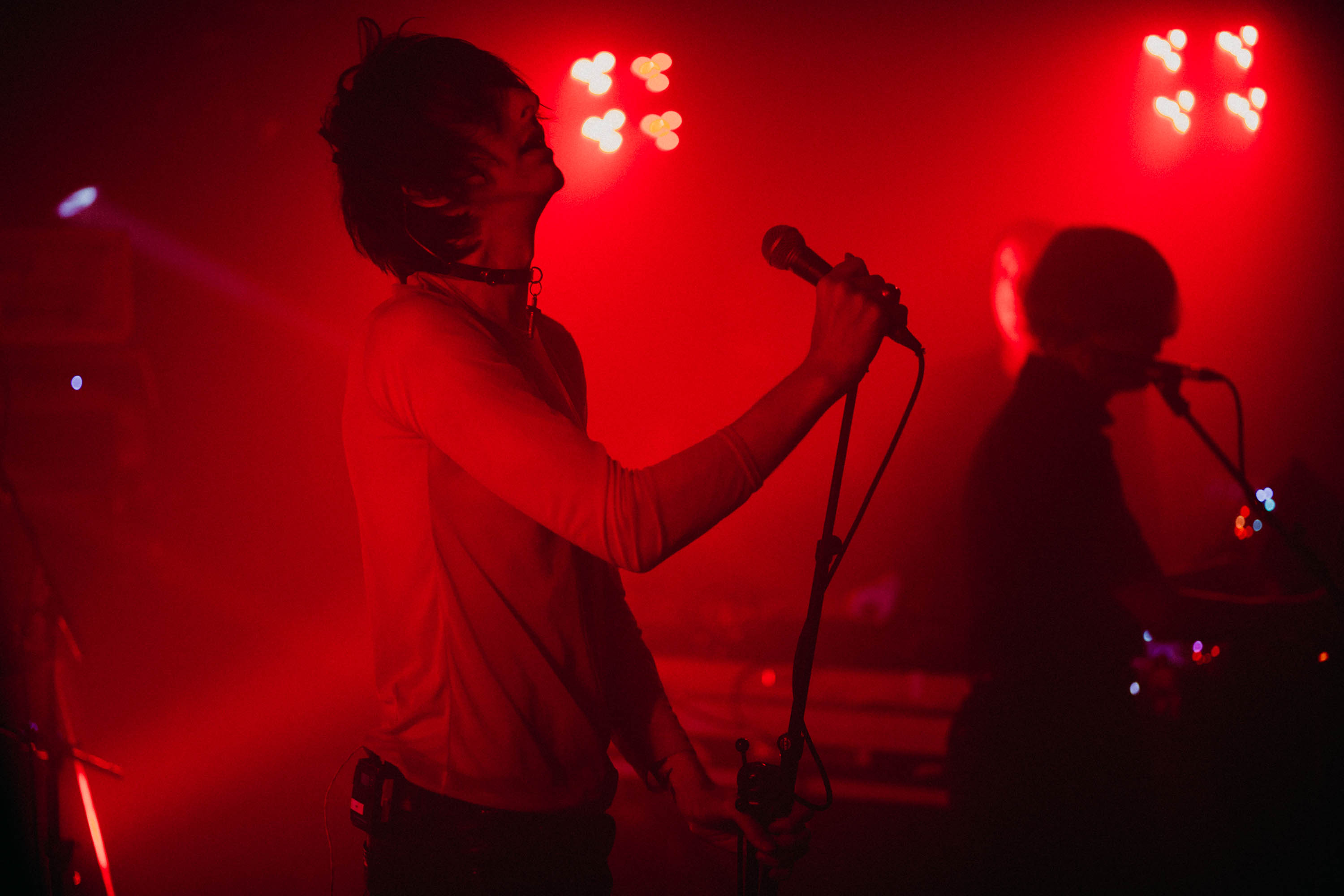