It’s a fact: the best pop music is completely filthy. Riddled with innuendo, and bursting with sexual empowerment, it all teeters on a brilliant knife edge; gigantically hooky choruses barely masking provocation. From the thinly-veiled undertones of Ariana Grande and Nicki Minaj’s ‘Side to Side’ - a song dedicated to walking funny in the morning after, let’s face it, something a bit more x-rated than a spinning class - to the fairly clear lyrical subtext of ‘Genie in a Bottle’ (“You gotta rub me the right way” etc etc) it’s a point proven over and over again by pop giants. And let’s not even get started on Rihanna’s musical oeuvre.

Sälen are proud enthusiasts of the craft. Early single ‘Diseasey’ - an infatuated ode to immoral desire - is practically a minimalist cousin of Britney Spears’ ‘Toxic’ in sentiment and addictive melody alike, while rotting teeth, rancid bints, bodily fluids and bloodied hate-snogs populate the rest of the trio’s output to date. Angering stuffy old people with their excellently crafted smut is a direction that’s only set to continue, too. “We always try to slip little innuendos in,” announces the group’s Simon Milner. ‘“Sweet Toothache’ has so many!” adds singer Ellie Kamio, referencing a highlight from their latest release with considerable glee. “One of the lyrics is ‘ice-cream man, I scream too loud when you come around.’ It’s not subtle at all,” she concludes.

Tracing things back, Sälen are quick to cite the Pussycat Dolls and solo-era Gwen Stefani as considerable influences, and Ellie’s very first vocal performance, in many ways, accidentally set the tone, too. ‘We used to have exchange students stay with us,” she recounts with dread, ”and my mum was like, ‘this is a French song that I know!’ It’s typical mum, not knowing any French.” Unfortunately for everyone involved, that song happened to be ‘Lady Marmalade’, and unfolding events quickly grew to resemble the ‘Afternoon Delight’ episode of Arrested Development.

“We put it on, and obviously they were all laughing because she was trying to get a seven year old child to sing ‘voulez-vous coucher avec moi’,” Ellie winces. “So bad. Yeah. I like the idea of blaming it all on my mum. It’s my mum’s fault I write so many explicit lyrics!” 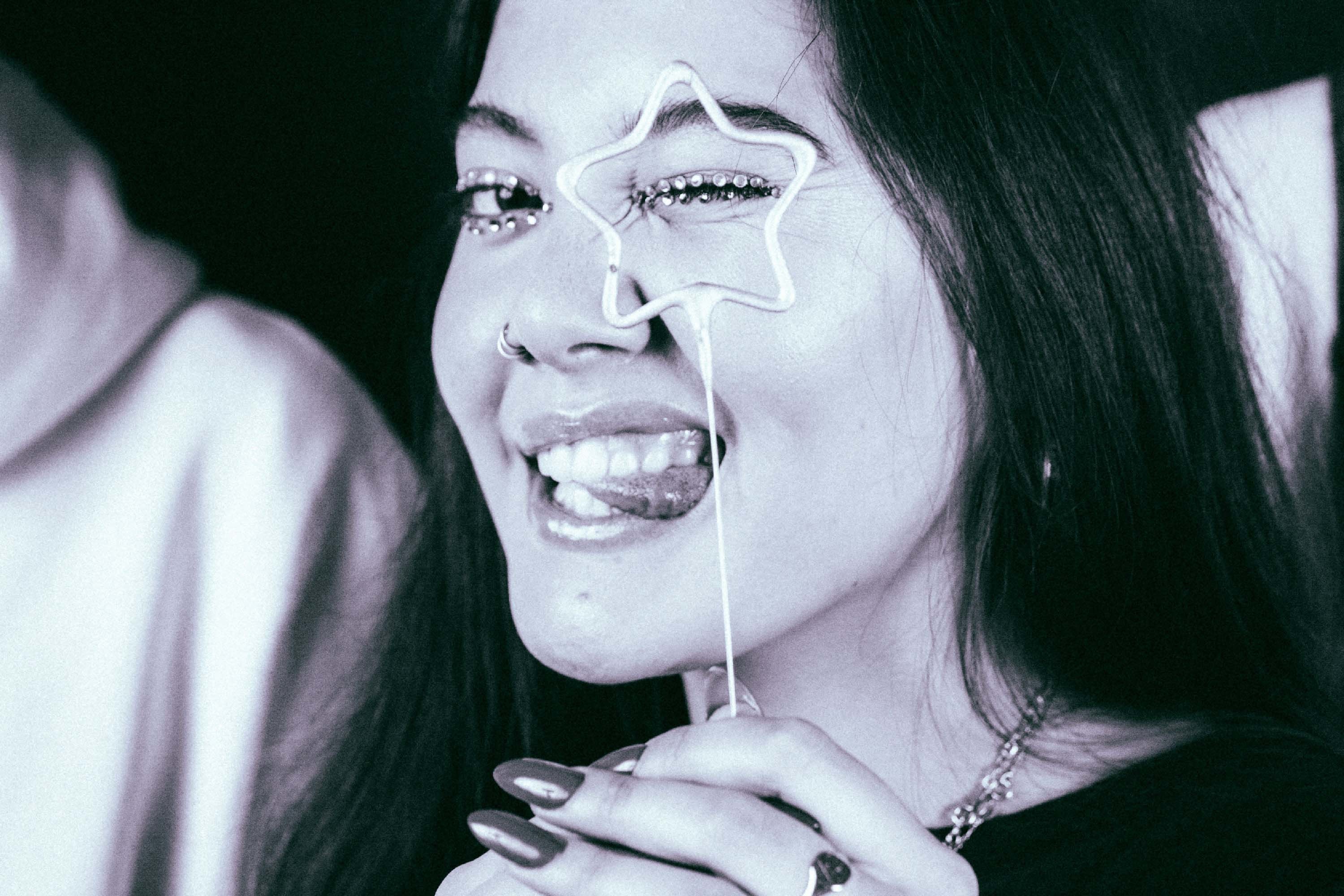 “I think the right thing to do is just write a really good Christmas song!”

With work on a debut album slowly underway, Sälen have been working with producers from outside their circle in order to experiment as much as possible. “Collaboration is a really good way to go,” Ellie reckons, “and it seems like that’s the way music is going generally.” They’re also finding other ways to sate their creative appetites in the meantime. Borrowing its name from the American adult film star, activist and gay cabaret pioneer Zebedy Colt, the trio’s latest project ‘Zebedy’s Cult’ is part short film and part companion soundtrack EP. “It’s about a travelling agony uncle that is on call like a drug dealer,” details Simon. “If you have a problem, you phone up Zebedy. He’s got cult status in this imaginary world.” ‘We all do music, but as a whole we’re very creative people,” Ellie adds. “I think that’s refreshing for a pop act on a major label. We’re lucky to have Island to get behind our weird ideas.“

Sälen seem confident in every single one of their weird ideas, but for Ellie especially, that hasn’t always been the case. Aside from her short-lived career singing wildly inappropriate songs as a child, Sälen marks her first band, and also her first time performing full stop. The last twelve months have seen her become - in her own words - “confident” and every inch a pop ringleader. And while her voice isn’t a showy flash of aerobic vocal tricks - it’s got far more in common with the more understated tones of Selena Gomez, Julia Michaels and pop’s swerve towards a more hushed delivery, actually - clout and personality oozes from every bold, visceral line. “When you crack your bones I hope they snap in half” - a choice line from ‘Copper Kiss’ - sounds even more chilling in deadpan.

“We always try to slip little innuendos in.”

“I still wouldn’t really class myself as an actual singer,” Ellie adds. “My dad doesn’t either, apparently. He’s a really pushy Asian dad, but not with science or maths; with music,” she laughs. “He’s very particular, and he said I wasn’t a real musician, which I guess is true. I really want to learn an instrument and not tell anybody, and then at a party, just start playing,” she smirks. “Maybe an oboe?”

“Not many of those lying around at house parties,” hoots her bandmate Paul Wale.

Once Ellie’s mastered the oboe to a reasonable standard - “grade 8,” she boldly challenges - Sälen have other similarly sky-high ambitions on the horizon. “It’s really important that we get our first album to be a classic,” states Ellie at one point. Later on, Simon claims “we’re just trying to write a number one.”

“Most bands wouldn’t really say that,” he sidenotes. “But for us, it’s like, we like a lot of pop music, and there are a lot of songs that get to number one, and you’re like, ‘woah, that’s catchy.’ Post Malone’s at number one at the moment, and five years ago that wouldn’t have happened.” “Pop is changing,” Ellie adds.

Which chart they eventually top, however, still remains to be seen. “Gabba?” suggests Ellie. “A number one in the jazz charts?” offers Paul. The three of them pause for thought. Eventually, Ellie’s got the answer. “I think the right thing to do is just write a really good Christmas song!” she announces. Paul emits a groan of dread. “A Christmas number one, maybe, next year!”

“Some innuendos about Santa Claus’ stocking!” picks up Simon. “Some sexy references to candy canes.” “Move over Mariah!” Ellie exclaims.

From most bands, talk of a Christmas number one might sound a little lofty, but if there’s anyone who has the guts to write the next ‘Santa, Baby’ it’s the uncensored minds of Sälen. Champions of crafting explicit snippets into exquisite pop songs, stranger things really have happened.

‘So Rude’ sits on that wobbly fence between love and hate; lust and disgust, and threatens to go either way throughout.