There’s something special and unique about debut singles, but the first effort from Bad News Club, the newest signing to paradYse/Transgressive, truly is one of a kind. Literally. Recorded on an iPhone in one take, ‘The Painter’ is a gorgeously sparse first step, and recalls the creepy darkness of Mount Eerie, with yearning seeping out of every aching vocal. Showcasing more similarly affecting tracks at our final Hello 2018 show this week, it looks like there’s a lot to come from Bad News Club. (Will Richards)

Shy-Talk – Warlord of the Dance

Shy-Talk will send you some limited-edition sunglasses if you buy their debut single. Now, if that offer didn’t already draw you in, then the sheer raw force of ‘Warlord of the Dance’ most certainly will. A grungy, riff-infused assault on the senses, it’s a high-energy and raw rollercoaster led by Michael Bridgewater’s distinctive vocal style, with the six-piece putting their own spin on noise-rock in the process. There’s nothing remotely shy and retiring about this first foray, but you wouldn’t want it any other way. (Eugenie Johnson)

Following in the footsteps of tour mates IDLES in making Bristol the hotbed for fresh new British punk, Heavy Lungs are a new four-piece embracing all things gritty and intense. ‘Stutter’, from the band’s debut EP, begins with a foreboding riff backed by intense, heavy breathing, before folding out into a crazed offering, which feels like it’s falling apart at the seams in the best way possible. Vocalist Danny Nedelko’s spits range from a Nirvana-esque drawl to a spiky, unforgiving yelp. It’s an invigorating first step. (Will Richards)

Stats - Rhythm of the Heart

In need of a disco-funk belter to blow away the winter blues? London six-piece Stats can help you out. While their latest track ‘Rhythm of the Heart’ gets by mostly just through vocals and the elasticity of the bass-ridden guitar motif in its verses, it reveals itself to be a dancefloor-filler. In its hook, the band burst into soaring harmonies and eruptions of vintage synth that build in intensity. Really, the band say it best: “you can’t deny it, so just be smart/ And play your beat in the rhythm of the heart”. (Eugenie Johnson)

Another product of The Rising Sun, a buzzy community space and renovated pub in Peckham also home to A House In The Trees, Ellie Isherwood’s debut EP as BYFYN - ‘Almost Rosy’ - is a delight. Highlight ‘Normal Life’ is a bubbling cut that pits sharp stabs of synthetic drums against soulful, melancholic vocals. “Why would you wish for a normal life?” she yearns in the track’s chorus, and it’s already clearly that BYFYN is anything but normal. (Will Richards) 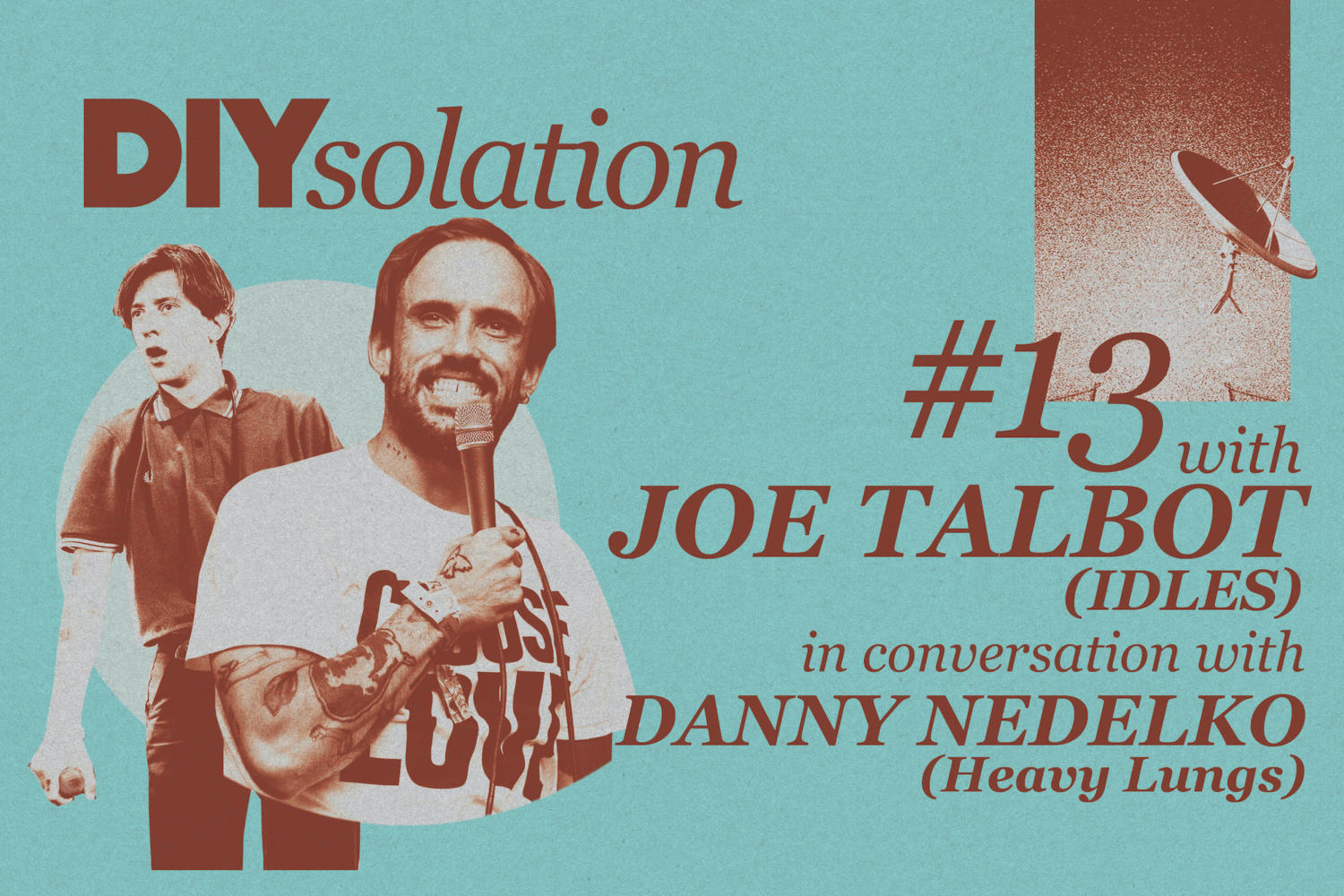 DIYsolation: #13 with Idles and Heavy Lungs

Streaming directly to your sofa on Sunday at 5pm!

The clip was filmed during their recent Jäger Curtain Call show at Bristol’s Thekla.

The Bristol punks set sail for greatness at Bristol’s Thekla.