As with that of The Maccabees at the start of last year, the announcement of the imminent split of Wild Beasts came as somewhat of a surprise. Far from outstaying their welcome, flogging decades-old albums in a nostalgia trip, the band were pushing boundaries until the end, proved by October’s parting gift, the ‘Punk Drunk & Trembling’ EP.

Tonight’s final show at London’s Hammersmith Apollo, then, proves a bittersweet spectacle. Luckily (and unsurprisingly) though, it’s also a fantastic one. Playing a monstrous two-hour set split into two halves, every corner of the band’s discography is given its dues, and the leather-clad swagger of the tour for the band’s last LP ‘Boy King’ taking a back seat, at least in terms of the band’s on-stage manner.

Final shows are a strange spectacle, and the end of every song is greeted with herculean cheers, the crowd acutely aware that it’s the last time they’ll ever see said song played live. This happens twenty four times tonight, and predictably makes for an extremely special atmosphere.

‘The Fun Powder Plot’, opener of the band’s breakout second record ‘Two Dancers’, gets the tears flowing nice and early, and even in the first fifteen minutes, the band’s ever-changing, eclectic style of regal indie rock is showcased perfectly: ‘A Simple Beautiful Truth’ remains one of the band’s most-loved cuts, while ‘We Still Got The Taste Dancin’ On Our Tongues’ allows for some much-needed hip-shaking to cut through the anxious yet celebratory atmosphere. 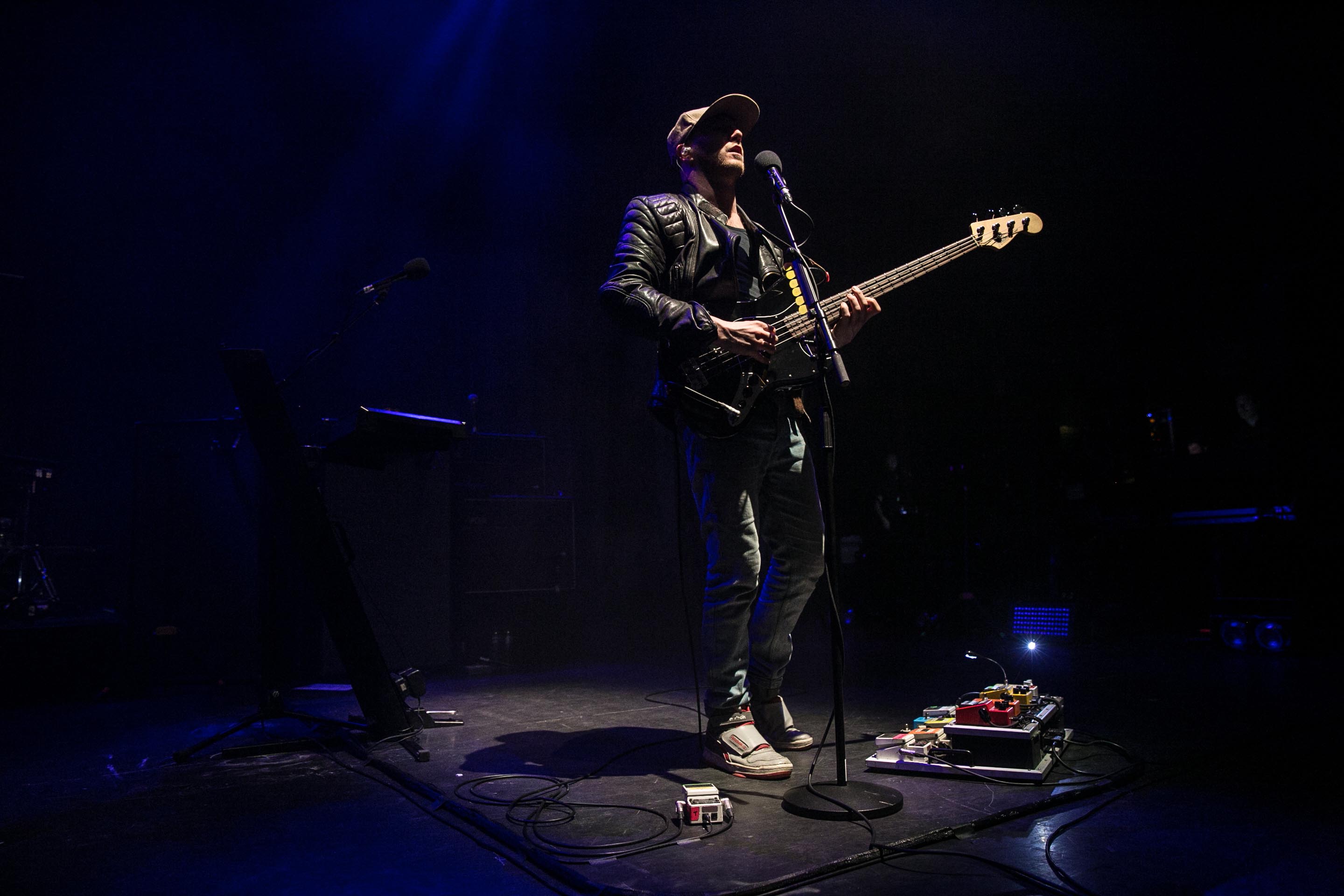 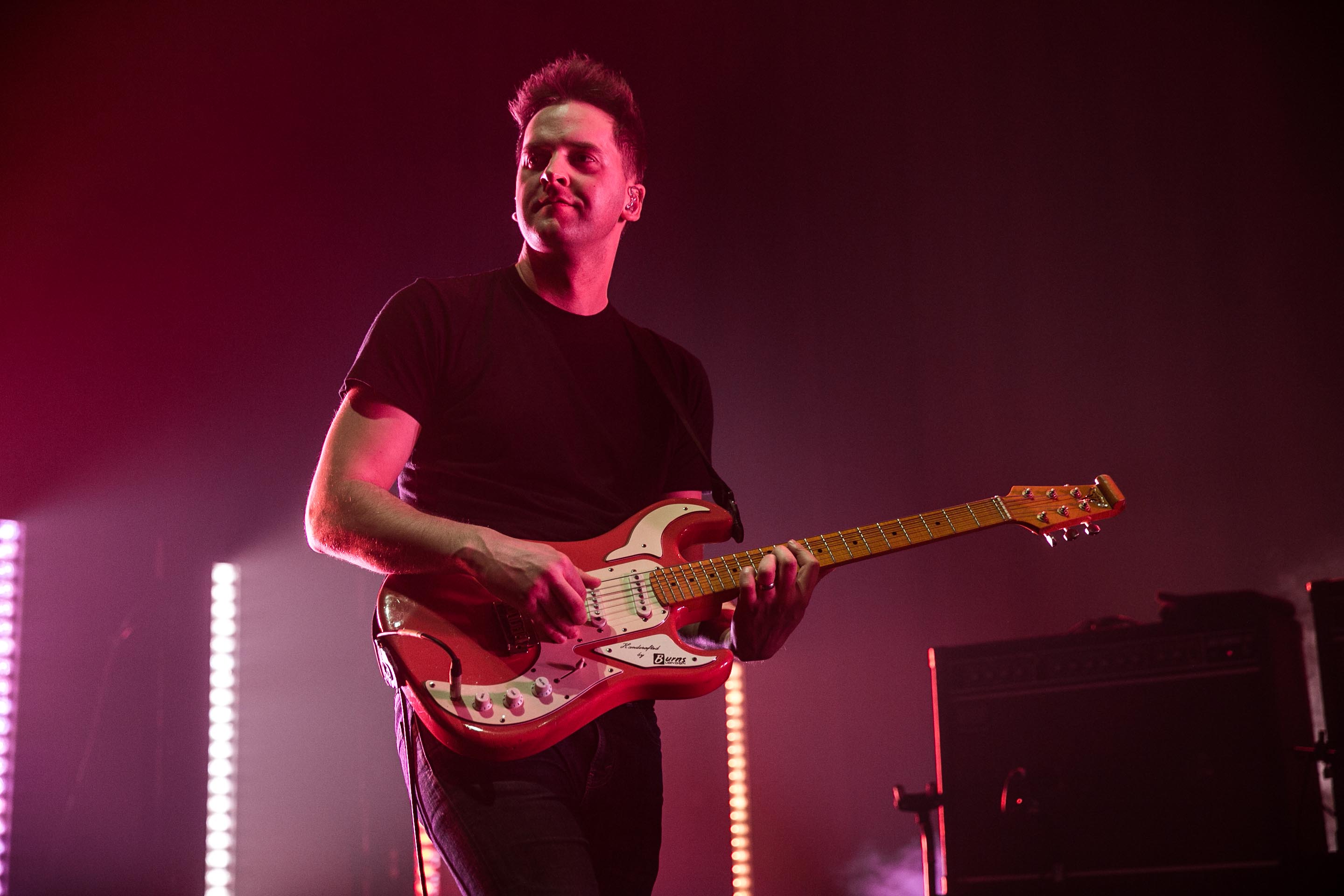 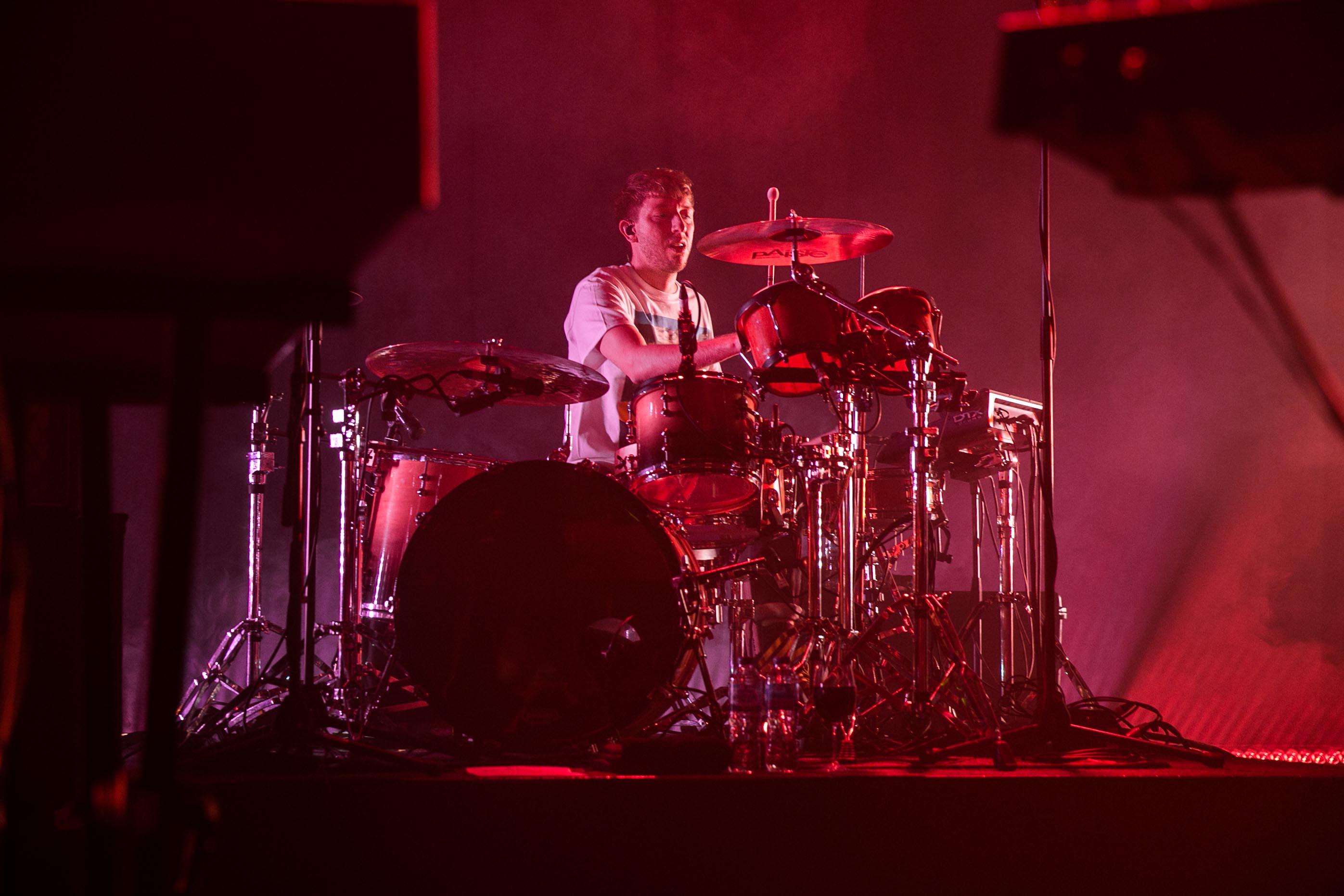 The slinky 'Ponytail' is the first outing from 'Boy King', and fits into the set better than might have been imagined: the band's last album has been seen since its release as the outlier of their career, but when the bravado of the album's campaign is stripped away tonight, its tracks are shown as some of the their best.

The ever-gorgeous 'Mecca' proves a first-half highlight, with its opening lyric of "All we want is to feel that feeling again" predictably proving particularly moving, before 'Smother' opener 'Lion's Share' sees the band depart for a short break, ending an hour of immaculately performed cuts from all five albums. There's still a slight sense of needing to cut loose though, from both band and crowd.

As if on cue, then, 'Get My Bang' opens the second half and is greeted by streams of confetti and deafening whoops. From then on, the set is nothing but a celebration.

Its followed immediately by 'Hooting & Howling', maybe the band's finest moment, and an infectious energy is whipped up that never leaves until the band are long gone. 'Wanderlust' is dark and anthemic, while 'Alpha Female' showcases the most intense corner of the band's discography, Hayden Thorpe and Tom Fleming's voices weaving in and out of each other perfectly.

The band depart once more, and when they return with 'Brave Bulging Buoyant Clairvoyants' from 2008 debut 'Limbo Panto', the set crashes towards its conclusion, band and fans both unsure whether they want it to be over immediately, or to carry on all night.

'All The King's Men' remains the highlight of the band's career, Fleming's baritone voice flamboyant and affecting. It's followed by 'End Come Too Soon'. Enough to get the tear ducts working overtime on its own, a curtain drops towards the track's conclusion and a choir appear to harmonise with Thorpe's final words. It's a perfect send-off for a band who never stopped experimenting, and were surprising 'til the end.

The band depart, embracing first in a circle with each other, then arm-in-arm in front of a crowd as distraught as it is jubilant. The choir remain though, and run through a devastating rendition of 'Limbo Panto' track 'Cheerio Chaps, Cheerio Goodbye'. The end did indeed come too soon for Wild Beasts, but in bowing out on their own terms and giving such an emotional impassioned last show, they've given Hammersmith Apollo a night it'll never forget. Cheerio chaps. 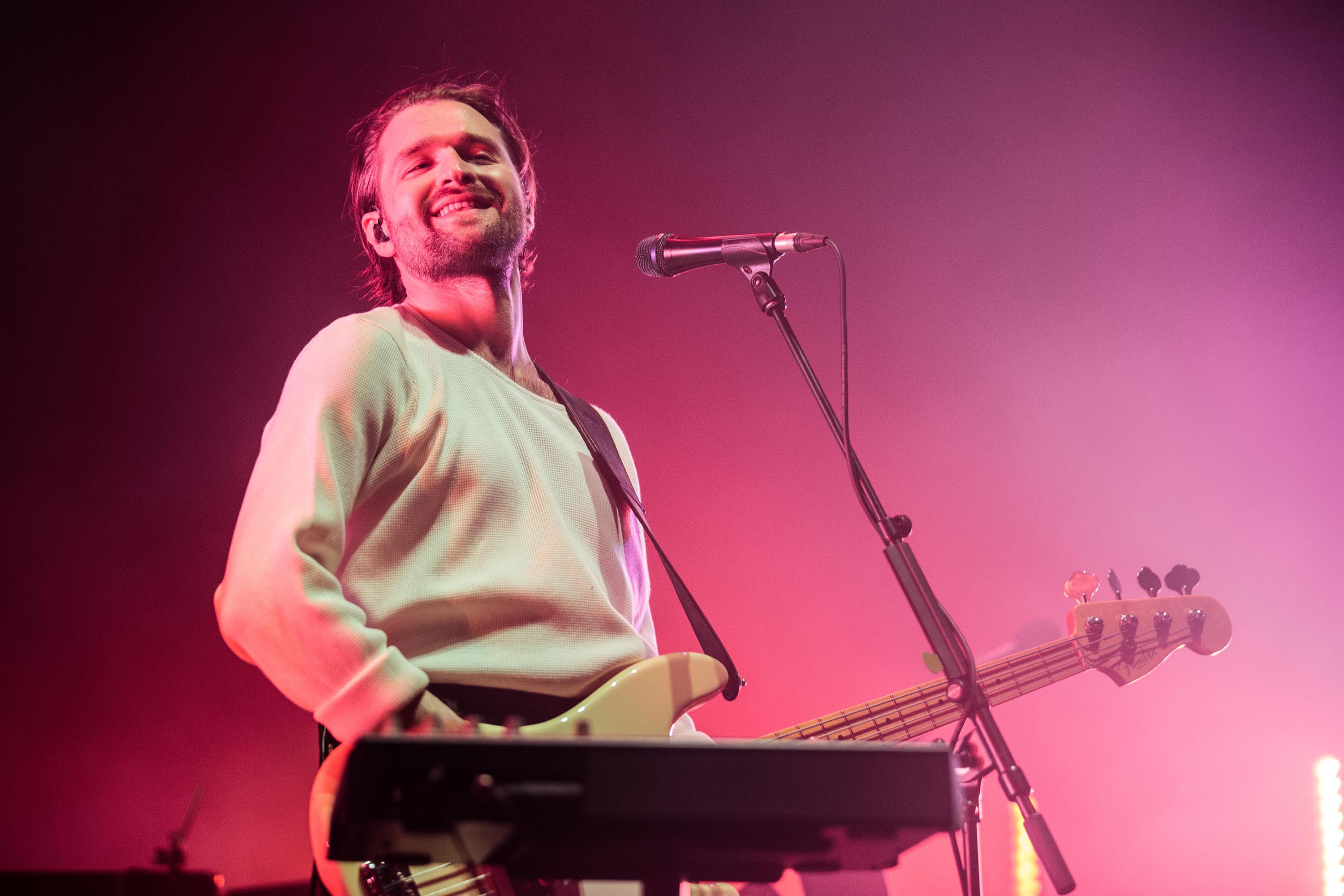 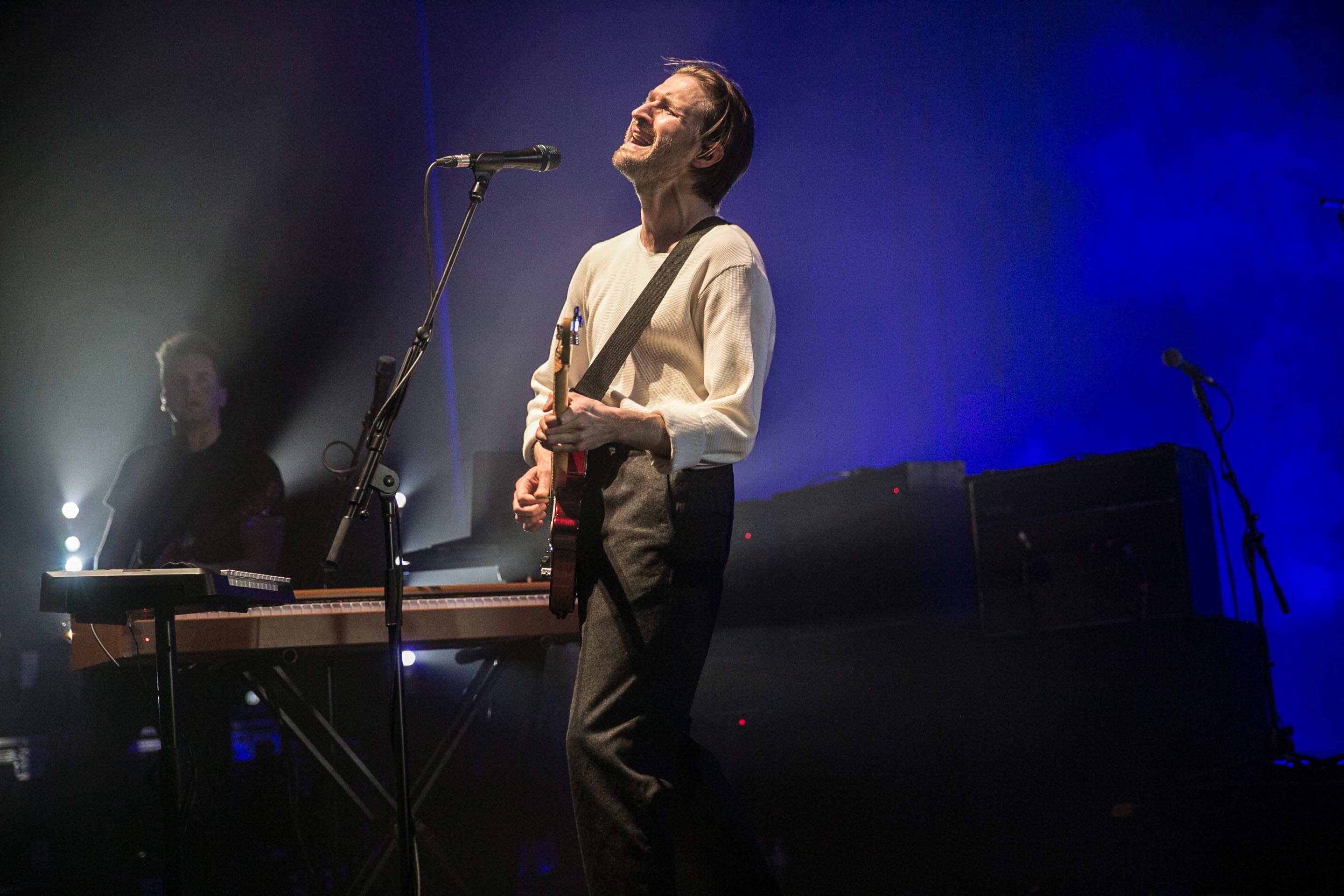 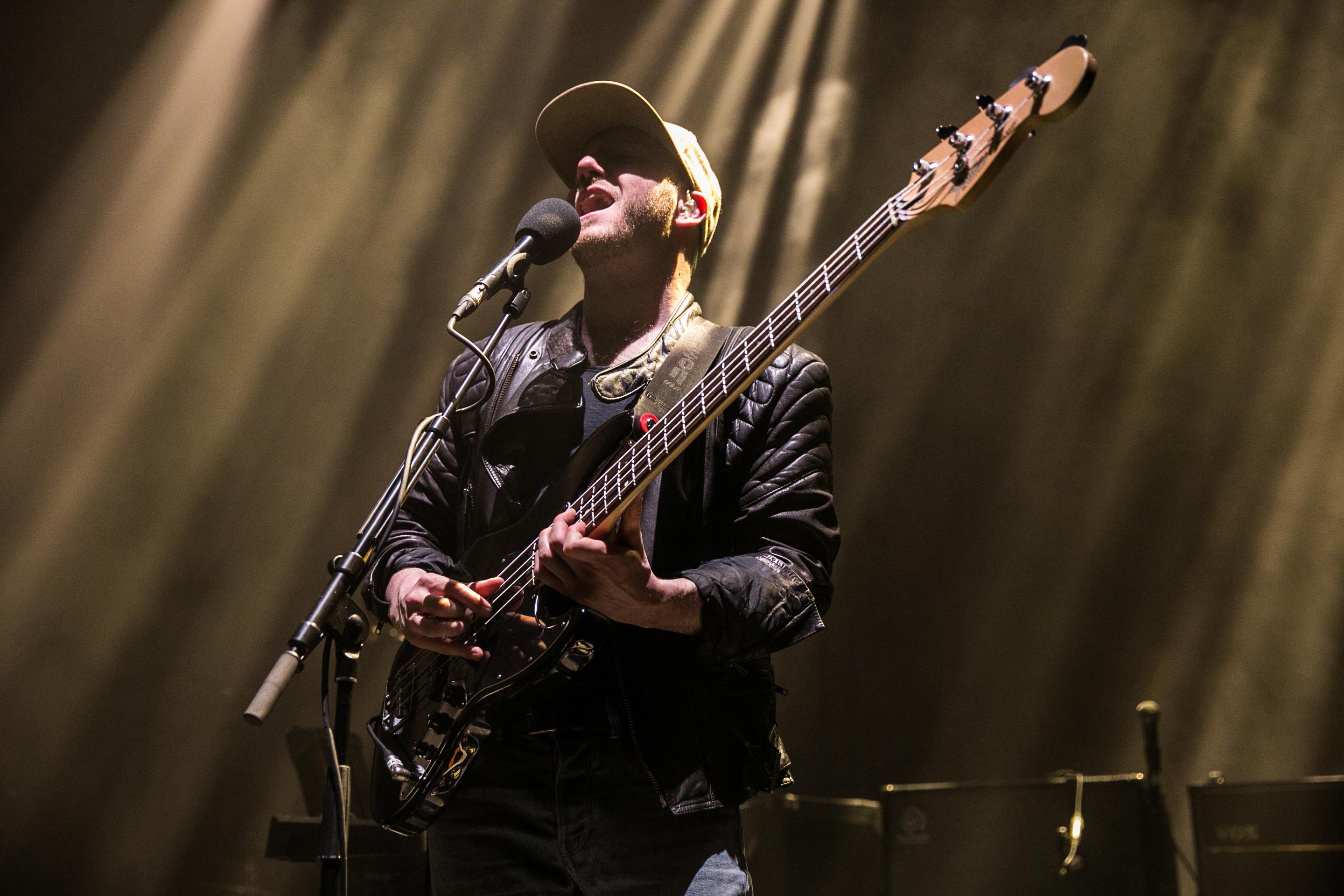