Bold branches wrap around the cover of Hop Along’s new record. Painted by vocalist and songwriter Frances Quinlan, who has produced all of the band’s artwork to date, it presents the forest in stark, earthy colours, encouraging those who lay eyes on its to delve into the woods and get lost in what lies within. “The woods are a hard thing to paint; I’m obsessed with trying to paint the woods,” Frances says, “it’s always been a major challenge.”

The band’s new album ‘Bark Your Head Off, Dog’ feels effortlessly dynamic, though. It sees the Philadelphia outfit moving into uncharted territory, exploring the thickets of new, bold musical ideas. “I love bands that have thrown the book out the window and do exactly what feels right to them,” Frances enthuses. True to that desire to tear up the rulebook, it’s a record that stands firmly apart from its 2015 predecessor. “When we did ‘Painted Shut’, I think we were in such a different place when we made that record. We wanted to be able to play everything live that we had on the record,” she explains. “We were like, we had the resource of a studio so why not make a studio record? Not worry at all about how to make it a reality live, just using all of the tools available to us.”

‘Bark Your Head Off, Dog’ sees Hop Along at their most vibrantly diverse. It still features the grunge and punk-inflected tones that coloured its predecessors, with rollicking guitar lines and soaring power-pop hooks, but there’s also added intricacies, from sweeping and lush orchestral arrangements to blissful harmonies. It’s all held together with Frances’ distinctive, visceral vocals as an anchor. Her unrestrained voice has always sounded as if she was casting out demons with every word, but with ‘Bark Your Head Off, Dog’ she’s confronting them too. “With ‘Painted Shut’ I think I was trying to be a little more observational. There’s a few songs that are a little more fantastic in their subject matter, but for the most part they’re about particular instances,” she explains. “With ‘Bark Your Head Off, Dog’, there wasn’t anything I was specifically thinking about in terms of events. The perspective is a little more searching, I guess. I came to a point where I recognised that the way things were couldn’t work anymore and really not knowing where to go from that realisation.”

“I never really understood the negative ways that I felt I needed people. That’s something I’ve tried to correct in recent years.”.

That challenging of long-held perceptions is a theme that runs through ‘Bark Your Head Off, Dog’, an unsurprising fact given that Frances herself has gone through a period where she has come to see herself and her relationship to others in new ways. “I feel for a long time I was of a more arrogant mind and I thought I don’t need anybody else, I can just write and be on my own," she says. “I didn’t understand my need for other people and what that really meant, what other people have to offer. I don’t know if that comes across a lot in the songs, but getting a greater sense of that.”

Frances’ lyrics have hardly shied away from being honest in the past; ‘Sally II’ from ‘Get Disowned’ gives a stark account of the death of a family friend, while on ‘Painted Shut’ she confronted a time from her youth when she walked away from seeing a father beat his son in front of a school on ‘Powerful Man’. Here though, she sometimes turns the lens on herself in cutting displays of self-reflection and honesty. She almost scolds her own fleeting self-love on ‘How Simple’ (“think I should stop checking myself out in the windows of cars”) while the closing refrain of the otherwise poppy ‘Somewhere A Judge’ admits “I don’t know why I’m so mean each time I come to visit." “I guess I never really understood the negative ways that I felt I needed people," Frances says. “That’s something I’ve tried to correct in recent years."

Frances doesn’t just shed light on the personal on the album though; the theme of perspective also bleeds into other domains. Listening to the podcast ‘Hardcore History’ and its thoughts on World War I while on the road helped inspire ‘One That Suits Me’. Frances muses at the end of the rollicking beast “in the history of man/ Reality becomes softened," echoing the notion that the ebbing of time can obscure the truth or brutality of past events. “The podcaster mentioned in another series how after time, after all of the people have passed away, our perception changes," she explains. It’s also a perfect example of Frances placing the listener straight at the heart of the action. “I like the idea of having songs that are in the middle of the story, and that’s why I started it with ‘meanwhile’,” she says, “it kind of puts you right in the middle of something." 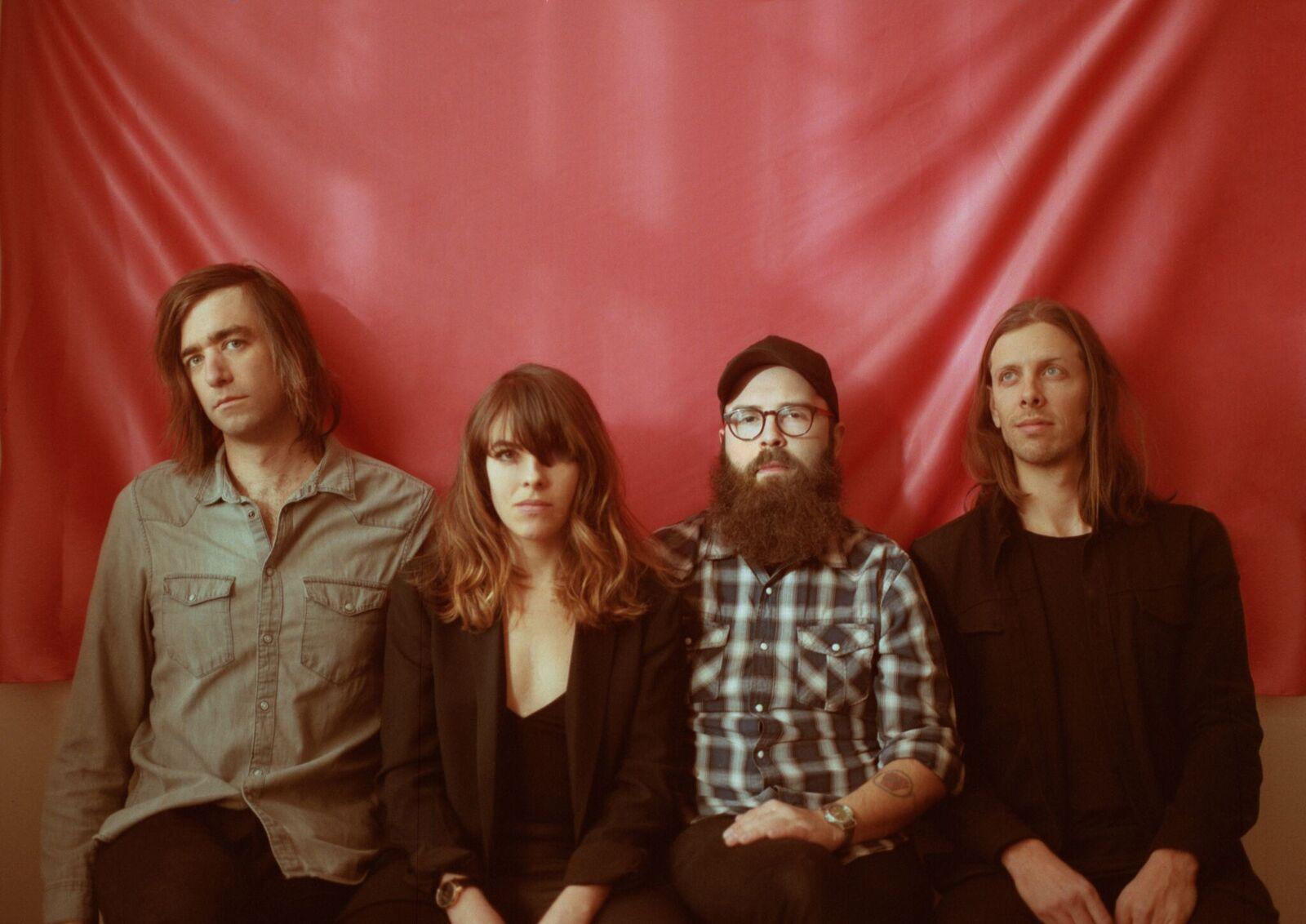 “There’s no victor, there’s no ‘you wrecked me, you’ll be sorry’, there’s no winning party in this particular situation.”

At a time when the more toxic side of masculinity and power has been firmly placed in the spotlight, Frances has also reflected on her own relationship with men. There’s a single line that she sings at different points in the record that echoes these thoughts: “so strange to be shaped by such strange men." “I mention at one point of my frustration at having deferred to men in such a way that really isn’t healthy to anybody," she says, “It’s not helpful to any men either.”

Not restricting her look at masculinity and male power to her own experience though, Frances also draws on other sources. With the ornate ‘Not Abel’ she drew inspiration from ‘A Time For Everything’, a book by Norwegian writer Karl Ove Knausgård where the narrator decides to write a book about the history of angels. Naturally, it explores the Bible and the story of Cain and Abel. Frances doesn’t believe her knowledge of the tome to be great (“there’s bound to be some criticism on my lack of knowledge about the Bible,” she laughs), but she twists the tale on its head so that the villainous Cain is presented in a new light, singing: “shirt bloodstained/ And yet it was not Abel but Cain who got to hear/ The voice that for so long had been a stranger." “In the book, it’s only Cain who hears the voice, it’s not Abel,” Frances says. “Abel just feels the life and the love”.

The weighty themes presented on ‘Bark Your Head Off, Dog’ are balanced by the often deceptively buoyant nature of the music that surrounds Frances’ words. “I definitely have downer songs, especially my solo songs," she explains, “but the band, the life of what everyone comes up with and plays balances out the mood of the lyrics for sure. At one point I was thinking like, ‘what if this song was a disco song?’ There’s so many possibilities." Frances reveals that the band transformed lead single ‘How Simple’ from what was originally “more bombastic” and “frantic” into an effervescent guitar-pop stomper.

This shift in style and tone helps emphasise the sense of optimism embedded within its lines, turning away from being a typical breakup song. “There’s no victor, there’s no ‘you wrecked me, you’ll be sorry’, there’s no winning party in this particular situation," Frances says. “That’s what makes it unromantic." As such, its almost euphoric, sing-along refrain of “we will both find out, just not together” doesn’t feel like a moment of sadness. Instead, it’s more of an acknowledgement that, after the initial disintegration, there comes the future, whatever that may bring. With each mistake can come the opportunity to learn and grow.

“I don’t think there’s anything wrong in realising what doesn’t work because that gives us the opportunity to fix it," Frances says, mulling on the track. She extends this sense of optimism even to the current state of politics, believing that, eventually, some form of good may come even from an event such as Trump’s election. “In America right now we have to believe that! If nothing else, with having the President that we have now, you can see people fighting back. Of course there’s been people fighting back for a long time now, but I’d like to think that more people are awakening to the mistakes, and the ongoing mistakes that we’ve made in civilisation."

Frances works through every theme and instance on ‘Bark Your Head Off, Dog’ in real-time, and she encourages the listener interpreting her words in whichever way they choose, lending their very own, unique perspective on her narratives. “One thing I didn’t want to do was beat anyone over the head with anything in particular," Frances says. “I want people to feel free to feel whatever they want. I’ve had people come up to me and say how it made them feel and it was much more brilliant than what I was thinking!” Delving into this dynamic forest, there’s a treasure trove of pure, raw feeling to discover and cherish.

‘Bark Your Head Off, Dog’ is out now via Saddle Creek. 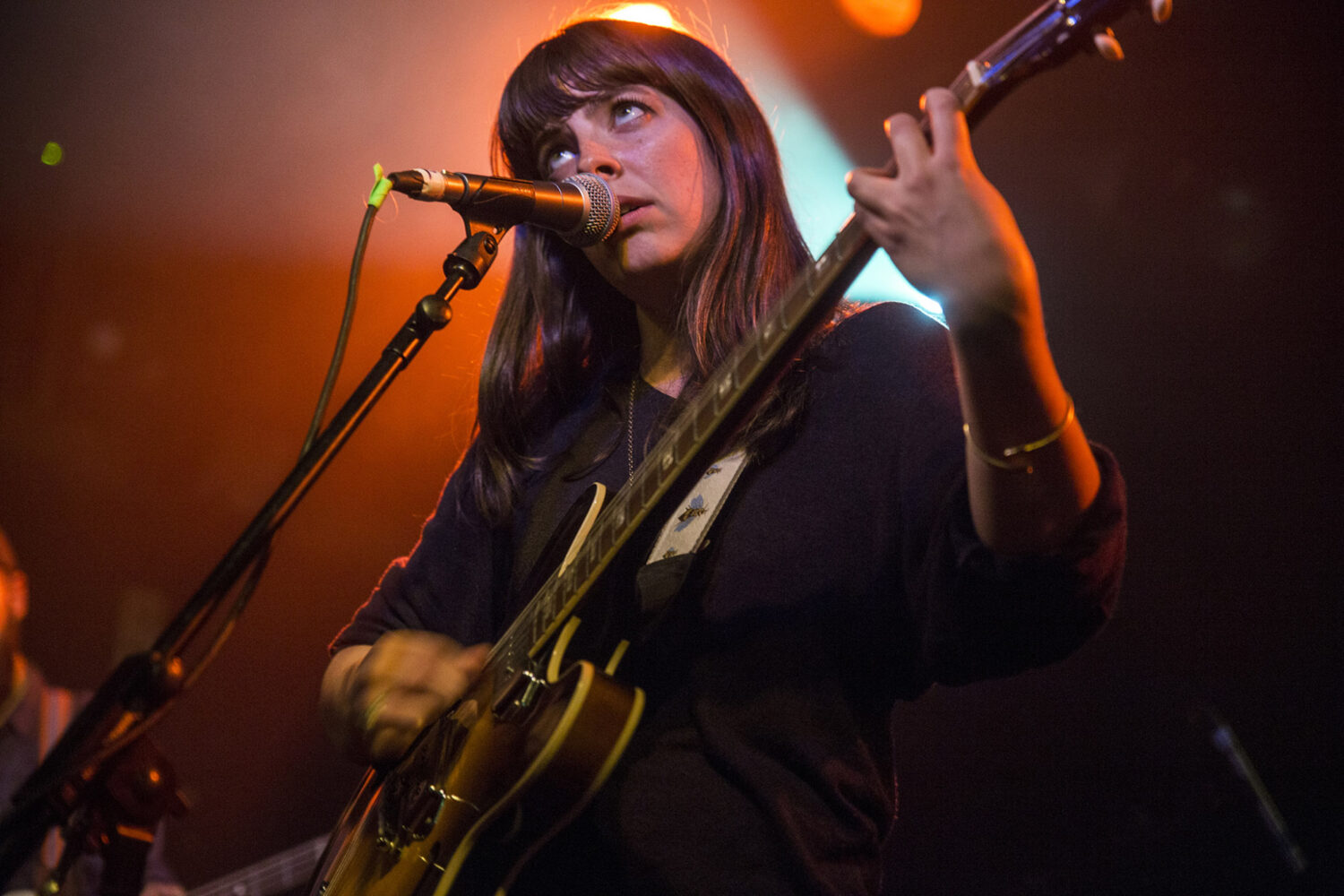 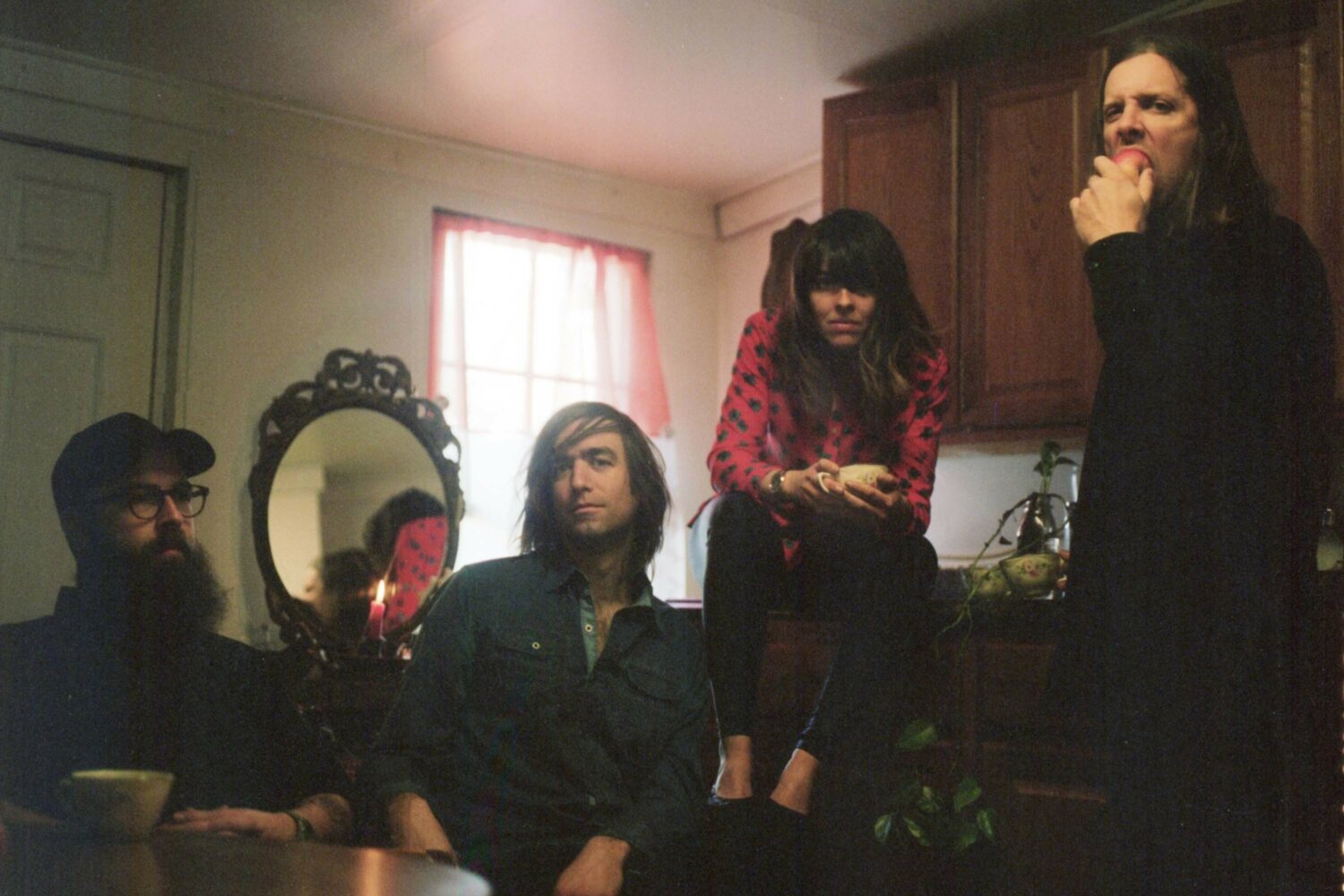 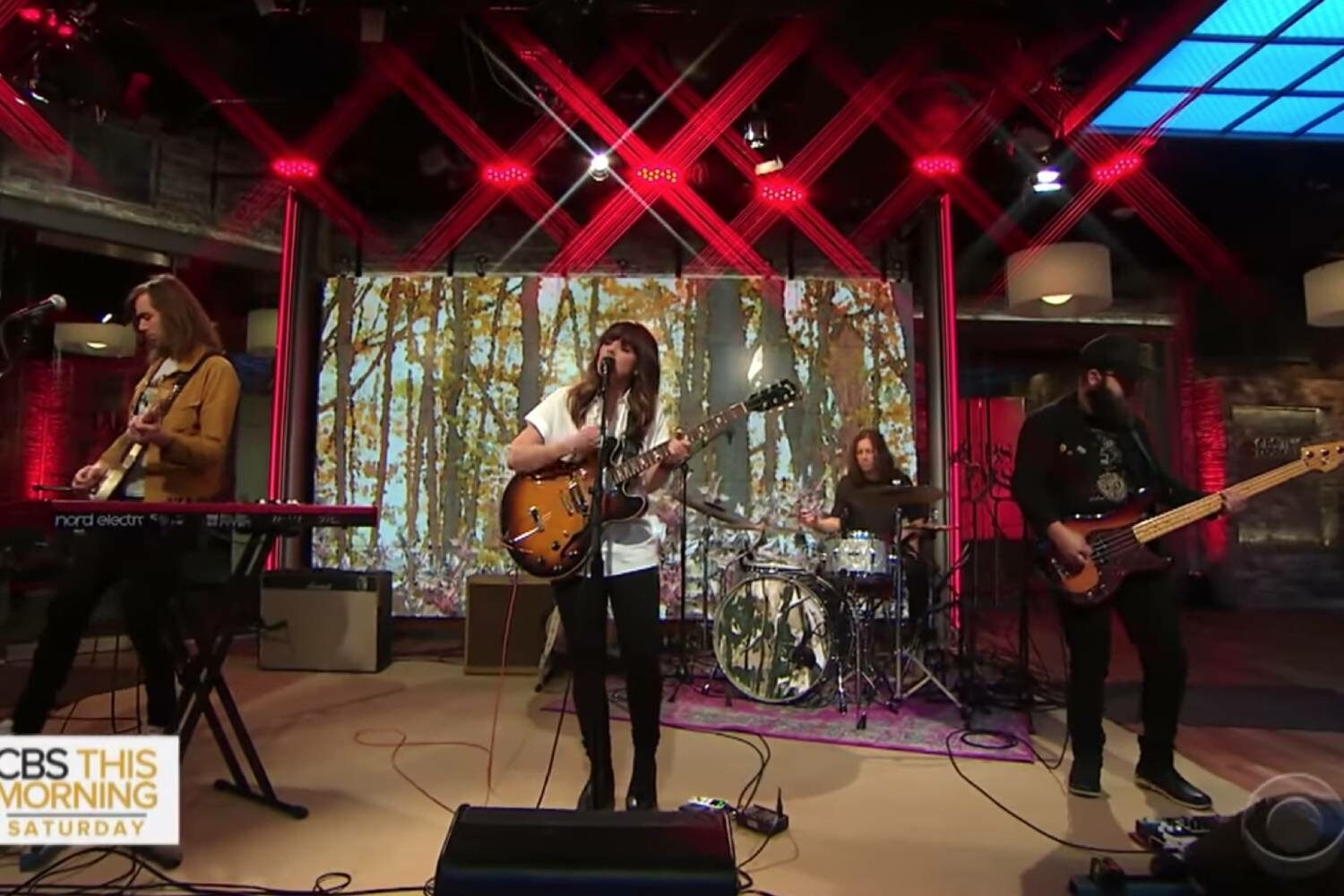