Iceage’s third album, 2014’s ‘Plowing Into The Field Of Love’, marked a change for the band. Led by the bluesy thrash of ‘The Lord’s Favorite’, the album saw the Danish four-piece move away from the fierce, taut punk they were lauded for, onto something altogether looser and more varied. The album was greeted by a good deal of confusion upon its release, which eventually turned into huge critical acclaim, but its polarisation, in true Iceage style, isn’t something the band were concerned with, or even potentially aware of; conversation around the potential struggle of presenting such a new style to the world is met with a mix of raised eyebrows and nonplussed acknowledgement from vocalist Elias Bender Rønnenfelt and guitarist Johan Surrballe Wieth today.

If there’s any band that could be forgiven for their reservations towards outside impressions though, it’s these guys. Ever since their inception as teens in Copenhagen, the band were consistently pulled up on their flirtation with far-right imagery - the intention of which they relentlessly refute. As such, they cut cagey, wary figures, unwaveringly passionate about their music, but equally as troubled by the misrepresentation they’ve been faced with in the past.

As we arrive for our interview today, Elias swiftly skips out of the room, not to be found for a good 20 minutes. When he returns - after a search party led by Johan reaches a dead end, largely due to the frontman currently not owning a phone - and cigarettes are lit, talk begins around new album ‘Beyondless’. 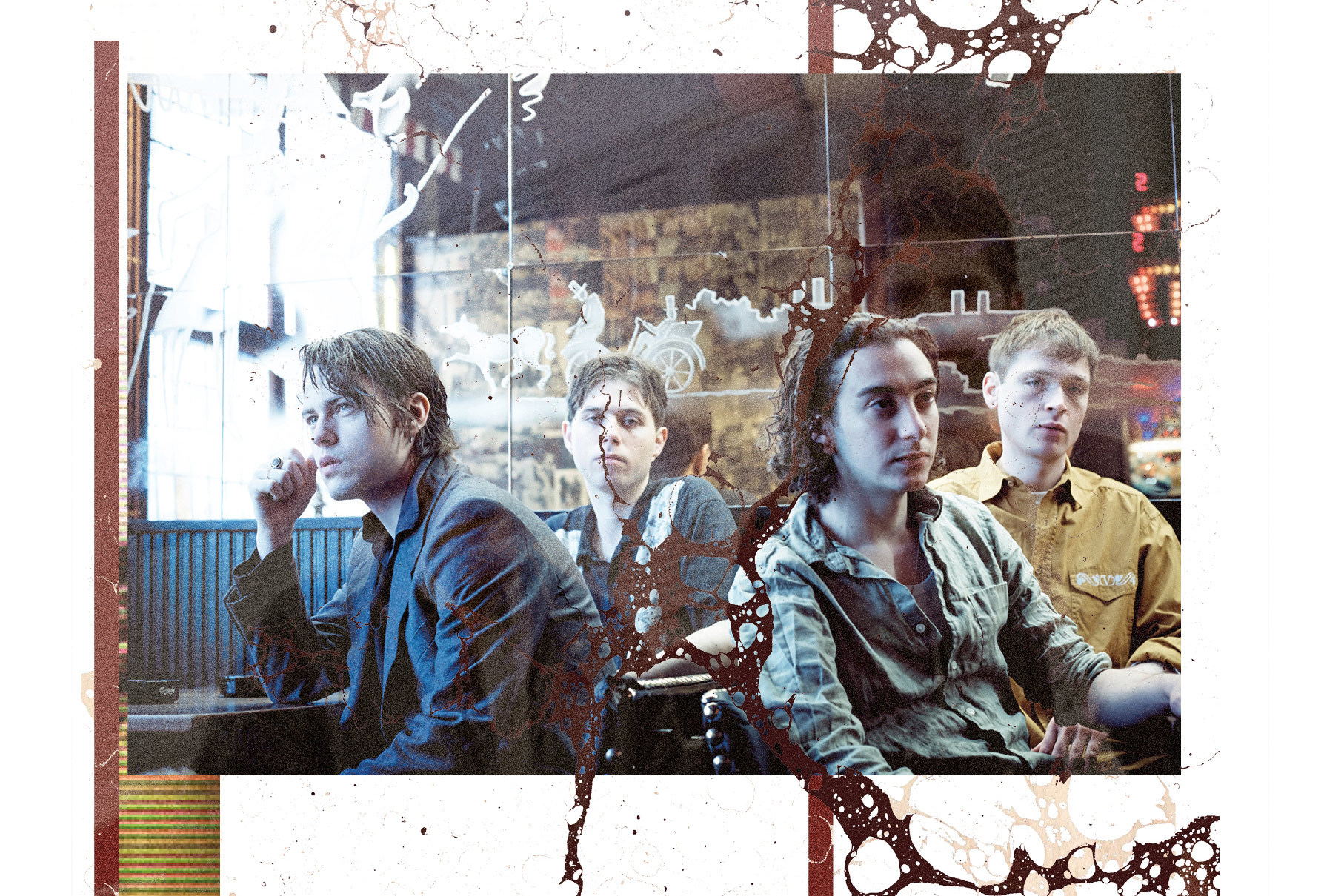 “We’ve always had a high-octane sloppiness.”

It’s a glorious, considered progression for the four-piece, completed by drummer Dan Kjær Nielsen and bassist Jakob Tvilling Pless. Spearheaded by surging single ‘Pain Killer’ (featuring backing vocals from Sky Ferreira), it sees Iceage at their most swaggering and confident, Elias continuing to grab the role of bullish frontman by the horns. It’s a record that flows with an untameable energy and momentum.

“No,” Johan half-chuckles, asked whether ‘Beyondless’ came together as easily as it could be expected, given its hugely assertive, fearless sound. “As easy as the other ones I guess, but it’s not an easy thing.”

“It comes from a desire to take what you had and push it into something that feels rejuvenating and new,” Elias picks up, while also refuting the idea that making music is ever an easy task. “It wouldn’t feel right if it was.”

Rejuvenating and new ‘Beyondless’ most definitely is. It’s also - and whisper it - fun. Sure, first preview ‘Catch It’ is a slice of dirgy, dark post-punk, but ‘Pain Killer’ is punctuated by joyous stabs of horns and a melodic wash of guitars, Elias and Sky’s vocals flirting with each other gorgeously, egging each other on, while album highlight ‘Thieves Like Us’ is the record’s most jubilant moment.

Following on from where ‘The Lord’s Favorite’ led, it’s a ramshackle, drunken singalong, Elias as enticing a frontman when he’s figuratively stumbling around a dive bar, mic and glass of whiskey in hand, as when he’s buried deep in introverted, warped punk. ‘Showtime’, meanwhile, follows the anticipation in the hours before a big show, presented with lashings of wit. “A bright young singer is the lead of the show,” he sings. “He is as handsome as he’s talented / He’s got that certain kind of je ne sais quoi, a potential superstar.” With self-awareness at the heart of Iceage, it’s clear Elias knows full well just how close he himself lies to his description of the showstopper.

Elsewhere though, the frontman’s lyrics are deep and near impenetrable. ‘Thieves Like Us’, while a wild, uninhibited thrash, talks of filing restraining orders. “Here, there’s no regard for tact. “Don’t stop drilling, perforate the willing / Leave them thoroughly ransacked,” he sings, barrelling through lyrics as dark as night with breezy abandon. “Hush as I spill my wayward theory,” he continues, as self-aware as ever.

The album arrives into a world far different to that in which ‘Plowing Into The Field Of Love’ was born, and it’s the changing of the political landscape that’s been impossible for Iceage to ignore. “Your surroundings are something that bleed into the music, consciously or subconsciously, and whether you want them to or not,” begins Elias. “There’s been…” he continues, before letting out an audible sigh and taking a lengthy pause. “There’s been a mad development in the world recently, and one that’s come at a far more rapid pace than usual. We’ve seen it,” he races on, pondering the different viewpoint a touring band can have on global landscape changes of this scope - constantly on the move, taking in the changes they see in big, never-ending gulps.

“You see barbed wire fences in places where they weren’t before. You see tents on the other side of those fences. You see them in European cities. The change isn’t omnipresent, but you see signs that it’s real everywhere you go, and you see it in the people you talk to. You can see the fear that’s instilled in people that wasn’t there before, especially if you’re in an American border town. It’s a depressing thing to see, and it’s going to be interesting to see how much worse things might get before they get better... to see how much of a nosedive we’re in for here.”

Constantly growing and adapting in an ever-changing world, Iceage have always had the slightly wayward air of making it up as they go along, but it’s seen them excel at every turn. It continues in earnest on ‘Beyondless’.

“We’ve never been a band to rehearse... excessively,” Elias says with a grin, remembering the writing and demoing sessions for ‘Beyondless’, which often spilled out from their practice room and onto the streets and into the bars of Copenhagen. “We’ve always had a high-octane sloppiness, and that’s just our groove,” he continues, agreeing that some of the strongest music is that which feels like it could fall apart at the seams at any moment. “It’s always been an integral part of our way of playing. We were so inexperienced when forming the band, and even though we play together much more now, it’s kept its core of uncertainty, and I always like that about us.”

“We don’t deliberately choose to do things that way,” Johan concludes. “It’s just the way that these individuals play together. I’m sure music teachers would tell us we’re totally wrong, but we never really listened to music teachers.”

‘Beyondless’ is out 4th May via Matador.