Last month, Interpol made suggestions that their new album was nearly done, and it’s now been confirmed!

Announcing via a live stream/press conference from Mexico City, the band have revealed details of new record ‘Marauder’, which will come out on 24th August via Matador.

“Marauder is a facet of myself,” vocalist Paul Banks says of the new record. “That’s the guy that fucks up friendships and does crazy shit. He taught me a lot, but it’s representative of a persona that’s best left in song. In a way, this album is like giving him a name and putting him to bed.”

The record is being previewed by first single ‘The Rover’, and the band will also play live on telly tomorrow (8th June), appearing on Colbert.

There’s even more news, too: the band are set to take ‘Marauder’ on a world tour, which includes a London show at the Royal Albert Hall and a NYC gig alongside Car Seat Headrest and Snail Mail at Madison Square Garden among others.

Listen to ‘The Rover’, view the artwork and tracklisting for ‘Marauder’ and view the tour dates below. 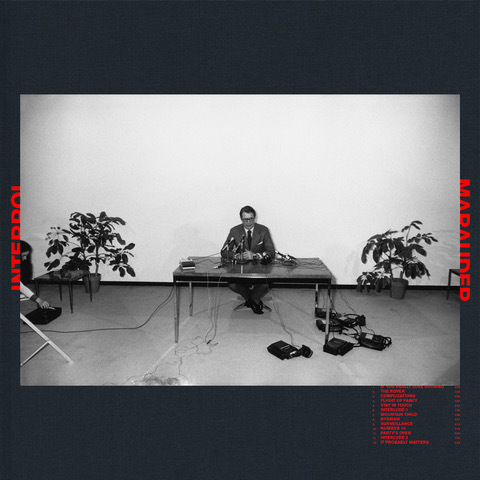