Slaves announced their return last month with new single ‘Cut And Run’, and have now revealed details of a new album!

‘Acts Of Fear And Love’ will come out on 17th August via Virgin EMI/AMF Records, with its title inspired by something Isaac Holman’s teacher at college said to him. “There’s no such thing as hate – just acts of fear and love.”

“And I was like, ‘That’s it!’ That’s the lyric,” Laurie Vincent says of naming the album. “And Isaac goes, ‘Really?’”

“It’s like… My fingers and your arms,” he says to Isaac. “You smashing those skins and me playing those strings.”

The band are set to take ‘Acts Of Fear And Love’ on a brilliantly named ‘I Would Drive 500 Miles and I Would Drive 500 More and Then Drive 126 More’ Tour this month, in amongst a host of European festival dates.

View the album’s artwork and tracklisting and view the UK dates below. 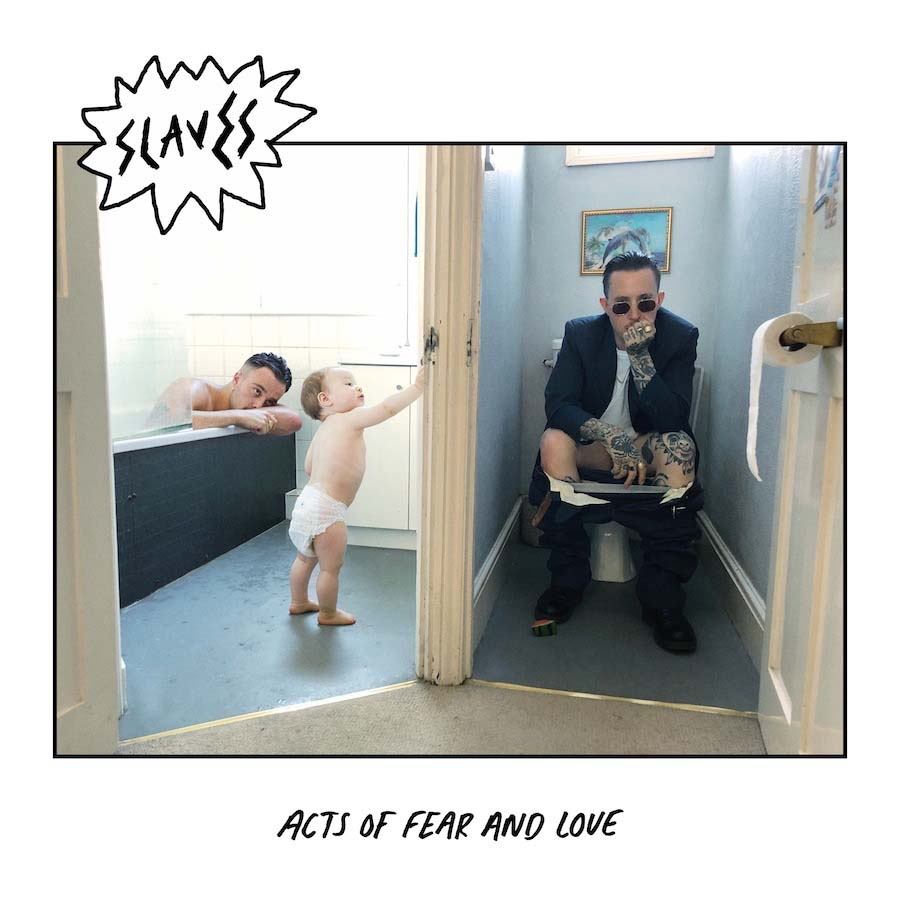