Sunday of a festival. Legs are weary, and heads even more so, with the struggle to poke your head out of a stonking hot tent even more difficult than it was the previous day. Someone on Team Bestival is clearly well versed in such maladies, as they decided to kick off Sunday’s action at this year’s Lulworth Estate bash with one of the most life-affirmingly fun, energetic bands on the circuit at the moment. Songhoy Blues proceed to beam their way through a set of intricate yet danceable bops that kickstart the final day of the festival in joyous fashion.

The first band to grace the stage at the House Of Vans - where we take over the stage for the whole of Sunday at this year’s Bestival - is Park Hotel, a band indebted to Talking Heads, LCD Soundsystem and all things disco. Their cowbell-tastic early set shakes more than a few festival-goers out of their Sunday slumber.

Mellah follows, and once again proves his prowess as a brilliantly left-of-centre singer-songwriter. Last time we saw Liam Ramsden, down at The Great Escape in Brighton, he was accompanied by a slew of musicians on stage, including a string section which took his creepy tales to new, widescreen heights. Today, he shows his flexibility on the live side of things, with a more stripped-back backing, but one that proves just as potent, with recent single ‘Cigarette Lighter’ a jaunty highlight.

For any revellers at Bestival beginning to flag, Lady Bird’s set at the House of Vans is the perfect tonic. Amped up punk packed with a good dose of wit and satire, the trio may still be a new prospect to many - especially to those here this weekend - but they certainly know how to blow the cobwebs away. ‘Social Potions’ and ‘Spoons’ are deliciously boisterous gems and their set as a whole is blisteringly good.

Bad Sounds are up next on our takeover of the House Of Vans stage, and bring baggy delights equally indebted to ‘90s Madchester and the chaos of the Beastie Boys. They’re followed by a super secret set from Mike Skinner, which peppers Streets songs and chart-topping belters in amongst a rowdy set of bass and jungle. Read our full report of that one here.

Over on the main stage, meanwhile, Chaka Khan is proving why she’s a ten-time GRAMMY award winner - her voice is still surprisingly sharp, her between-song banter is impeccable, and any festival set that can close with a one-two of ‘I’m Every Woman’ and ‘Ain’t Nobody’ is already destined to be a triumph.

Anteros and Spring King pack one final punch in the House of Vans while MIA brings her multi-coloured, bombastic brand of pop to the closing party over on the Castle Stage. Read our full report of her headline set here.

No good circus comes to an end without a grand finale and that’s true of Bestival too. Gathered in the middle of the site, a host of performers take to the stage - one walking the tightrope - while, you know, it’s actually on fire - for one courageous final performance and despite the musical accompaniment being a little more serene than expected, it still provides a gorgeous introduction to the festival’s final fireworks display, and the end of this year’s Bestival.

A short, sharp blast of buoyancy, delivered as only Songhoy Blues can.

An act constantly broadening their palette of styles and influences, to constantly danceable - and refreshingly eccentric - effect. 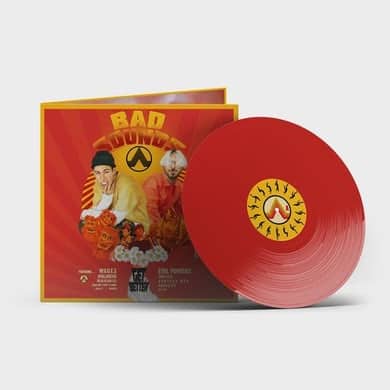