Fresh from playing at the House of Vans at Bestival this weekend, Anteros are back with a brand new song.

The band have also announced details of a new UK tour, which will take place this October. The DIY Presents tour will see the four-piece play seven shows around the UK, including their largest headline show yet at London’s Garage. Things will conclude with a performance at Rough Trade in Nottingham.

Tickets for the shows are on sale now. Check out the tour dates below, and listen to ‘Call Your Mother’ at the bottom of the article. 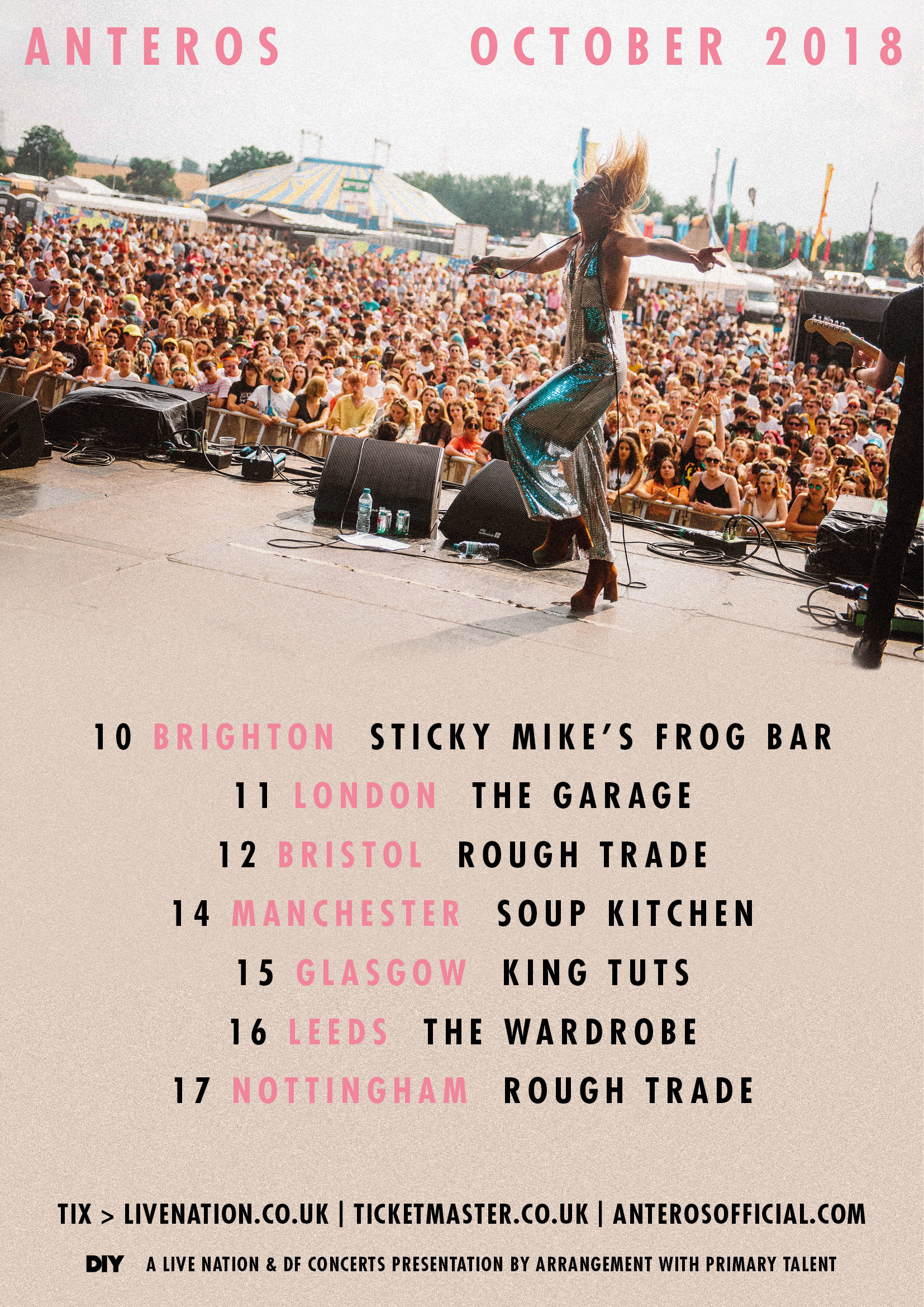 When We Land T-Shirt / Long Sleeve

Anteros talk us through their debut album, track by track

‘When We Land’ is out today (22nd March) via Distiller.

Anteros - When We Land

The band sound firmly grounded and ready to take on the future.

They’ll play a trio of shows in support of debut album ‘When We Land’.