It’s now officially less than a week until our current cover stars Slaves release their new album, and they’ve got quite the surprise up their sleeve.

To celebrate the release of their new album ‘Acts of Fear and Love’, the duo will be throwing a very special launch party this Friday 17th August - with a lil help from us at DIY too - at London’s infamous boozer The Old Blue Last.

That’s not all: they’ll be joined by mates Slowthai, LIFE and Thyla who’ll be supporting on the night. Doors are set to open at 5.30pm and there’ll also be a host of DJ sets, too.

Fancy coming along to help celebrate? All you have to do is pre-order any album format from Slaves’ official online store before 4pm BST on Wednesday 15th August to enter the ballot to win a pair of tickets. Winners will be informed by 6pm on Wednesday night, and don’t worry if you’ve already pre-ordered the album from the band’s store - you’ll be automatically entered into the ballot. 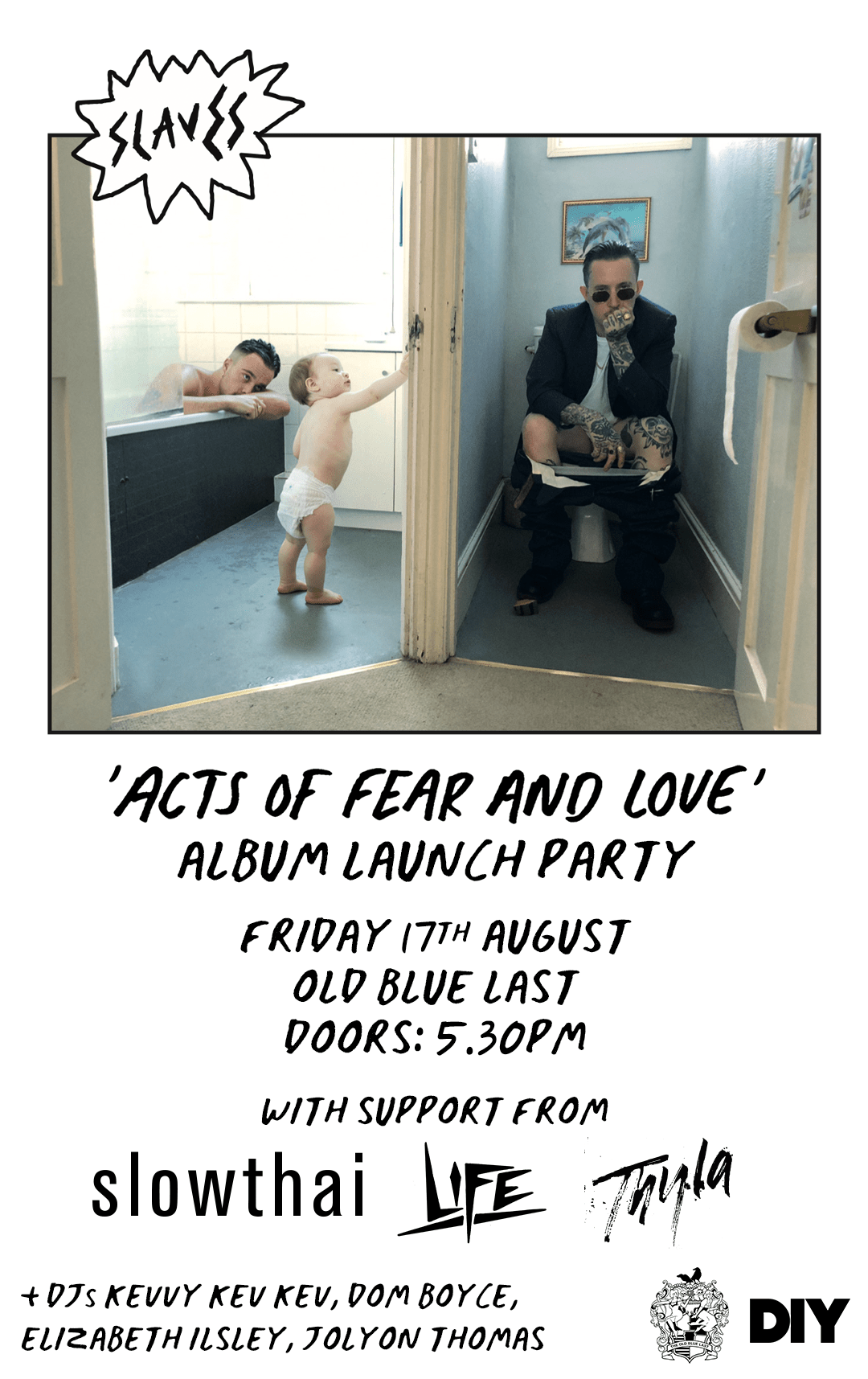