Back in 2015, DIY teamed up with Jägermeister to launch Jäger Curtain Call, a project designed to lend a hand to bands at an undeniably important point in their careers. Taking place on Curtain Road - the home of many iconic labels, studios and venues - Jäger Curtain Call was about providing bands with the opportunity - whether that be through recording, making videos or playing gigs - to make their next step really count.

This year, however, there’s a bit of a twist: instead of just existing on the East London road, we’re taking the project on a bit of a road trip around the UK - making stops in London, Manchester and Glasgow.

Having already announced NEU favourites Yowl as our London band, we can now reveal that Hull punks LIFE will be topping the bill for the Manchester leg, heading to the city’s well-established Night and Day Café on 4th October for a headline show.

Following the release of last year’s politically-charged, visceral debut ‘Popular Music’, the band are now heading towards LP2 with an even bigger fire under their bellies.

As part of the 2018 edition, LIFE will also be heading into the studio to record a brand new track, which will be unveiled the week of the show. Stay tuned.

Tickets for the show are priced at just £7.50, and they’re on sale right now from Ticketweb or SEE Tickets.

Please note, the show is 18+ only. Check out full info for the show below. 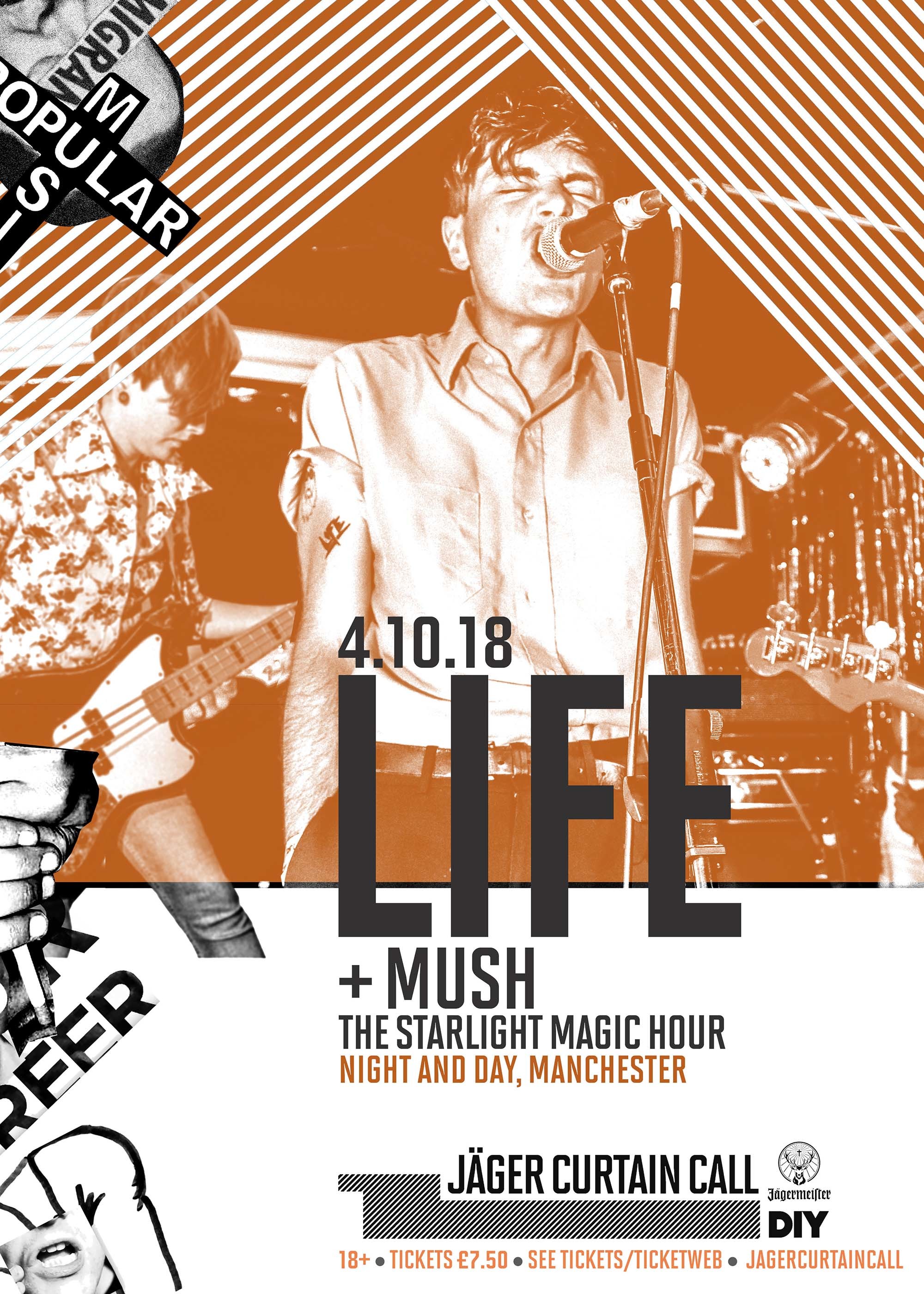 You can also watch a video of the band visit Soho Radio earlier this year, as part of Jäger Curtain Call.