This Thursday (20th September), the Hyundai Mercury Prize returns to London’s Eventim Apollo for its 2018 edition, where 12 of the best, most forward-thinking albums of the last year will battle it out for the coveted trophy.

In the running, we have Arctic Monkeys, who swerved literally all expectations with the frankly ridiculous ‘Tranquility Base Hotel & Casino’. Florence + The Machine is also up for fourth album ‘High As Hope’ - her best record yet - that sees her taking solace in those closest to her and finding shelter from the storm.

There’s also debuts from Jorja Smith, Novelist and XL Recordings’ Richard Russell, and a leftfield choice in mercurial jazz quartet Sons Of Kemet. Indie also stands up strong, with Wolf Alice and Everything Everything both getting their second Mercury nods this year.

With the ceremony only a day away, we’ve dug into just why this year’s Hyundai Mercury Prize is so exciting, and why you should tune in tomorrow.

Catch up with all our Hyundai Mercury Prize-related content here.

For Wolf Alice and Everything Everything, it’s their second chance at winning the Hyundai Mercury Prize. First nominated for their debut album ‘My Love Is Cool’ back in 2015, Wolf Al are back for another go at the top trophy this year with their second album ‘Visions Of A Life’. Their first album was a tough act to follow, but the London four-piece managed it, teaming up with Beck and Paramore producer Justin Meldal-Johnsen to make its follow up. ‘Visions Of A Life’, as we wrote in our review at the time, displays “a darker, bolder Wolf Alice” as “a gorgeously twisted beast that keeps [the band] on the path to being Britain’s best band.”

Also up for the prize for a second time is Everything Everything, who are nominated for their fourth album ‘A Fever Dream’ after they were nominated for their debut full-length ‘Man Alive’ back in 2011. “It’s an intense, dizzy trip that takes quite some digesting, but with brilliant results,” we wrote in our review. “That’s the enduring charm of Everything Everything.” With both artists missing out on winning the prize overall last time, there’s still every chance they could come out as winners this time around.

As well as a handful of debut albums, wildcard entries and buzzy young bands making their return, this year’s Hyundai Mercury Prize shortlist also features the return of indie’s old guard. Though in Arctic Monkeys’ case, not quite as we remember them…

The band’s return with sixth album ‘Tranquility Base Hotel & Casino’ remains 2018’s biggest surprise, and to say it was a slow-burner of an album would be the understatement of the year. In our review of the album upon its release, we said the record had the potential to be “either genius, or the sound of a man unravelling.”

With its subsequent tour and given time to seep in, though, the record has shown itself to be wonderfully funny, inventive, game-changing return from indie’s big boys, and stands a real chance of cementing the band’s place in British music folklore by scooping up the prize.

Noel Gallagher also pushed himself to his limit on new solo record ‘Who Built The Moon?’. Incorporating hip-hop and gospel into a sprawling, ambitious record, it saw one of Britain’s most dependable, stoic songwriters throwing out the rulebook with glorious abandon. If the Oasis man were ever to scoop the Hyundai Mercury Prize, ‘Who Built The Moon?’ might serve as his best chance.

Every year at the Hyundai Mercury Prize, alongside the legends we know and love, a band or artist emerge from the relative fringes of the scene to stake a claim to the historic prize, and introduce a world of new listeners to their sound. Dinosaur were last year’s entry; The Comet Is Coming did so in 2016; Speech Debelle picked up the Mercury Prize from relative obscurity in 2009.

This year, Sons of Kemet have flown their way into our consciousness with the swirling jazz odyssey that is ‘Your Queen Is A Reptile’, an album that feels like a psychedelic trip, and stands alone as the most immersive album on the list.

“The long-standing misconception that every jazz record shortlisted for the Hyundai Mercury Prize has made the list for tokenism’s sake might be about to be shattered,” we said in our recent interview with the quartet. “Should they clinch the award, there’d be a timely quality to the triumph that wouldn’t simply be a case the genre finally shedding its always-the-bridesmaid tag.” Indeed.

It’s an eclectic mix of first-timers nominated for this year’s prize. Jorja Smith and Novelist are both up for their first albums - ‘Lost & Found’ and ‘Novelist Guy’ respectively - whilst XL Recordings’ boss Richard Russell is up for his first album ‘Everything Is Recorded’. Whilst Jorja’s debut is an impressive and stylistic blend of soul and R&B, Novelist’s debut album ‘Novelist Guy’ fuses together Grime, UK garage, RnB and offers an insight into the MC’s life growing up in South London.

Richard Russell, meanwhile, brought together an array of previous artists he’s worked with for the tracks on ‘Everything Is Recorded’, including Kasamai Washington, Giggs, Ibeyi and last year’s Mercury winner Sampha. While a win for Richard Russell would be a well-deserved recognition of his thirty year career in music so far, a scoop from either Jorja Smith or Novelist would be a huge boost for two of the most exciting new artists to rise up over the past couple of years.

Last year, Sampha picked up the Hyundai Mercury Prize for his brilliant revelation of a debut album, ‘Process’. A record forged through heartbreak and grief, and over his entire career, it was the culmination of a fascinating musical journey. As this year’s shortlist shows, Sampha Sisay’s influence is spreading.

The singer appears heavily on Florence + The Machine’s shortlisted ‘High As Hope’, adding his distinctive piano work to highlights from Florence Welch’s most personal, insular album yet.

Maybe the biggest mark he leaves on this year’s Mercury, though, is as an instrumental player and singer on Richard Russell’s ‘Everything Is Recorded’. Working together at XL Recordings for years now, Sampha’s influence is felt all over the record. Collaborating with Syd from The Internet on ‘Show Love’, and on the record’s title track as well as single ‘Close But Not Quite’, Sampha’s presence in cutting-edge British electronic music is becoming all-encompassing, and he once again looms large over the Hyundai Mercury Prize, the idea of musical continuity unavoidable.

Shake It Out: A Comprehensive Guide to Florence + The Machine

With new album ‘Dance Fever’ on the way, we take you through the history of Florence Welch. 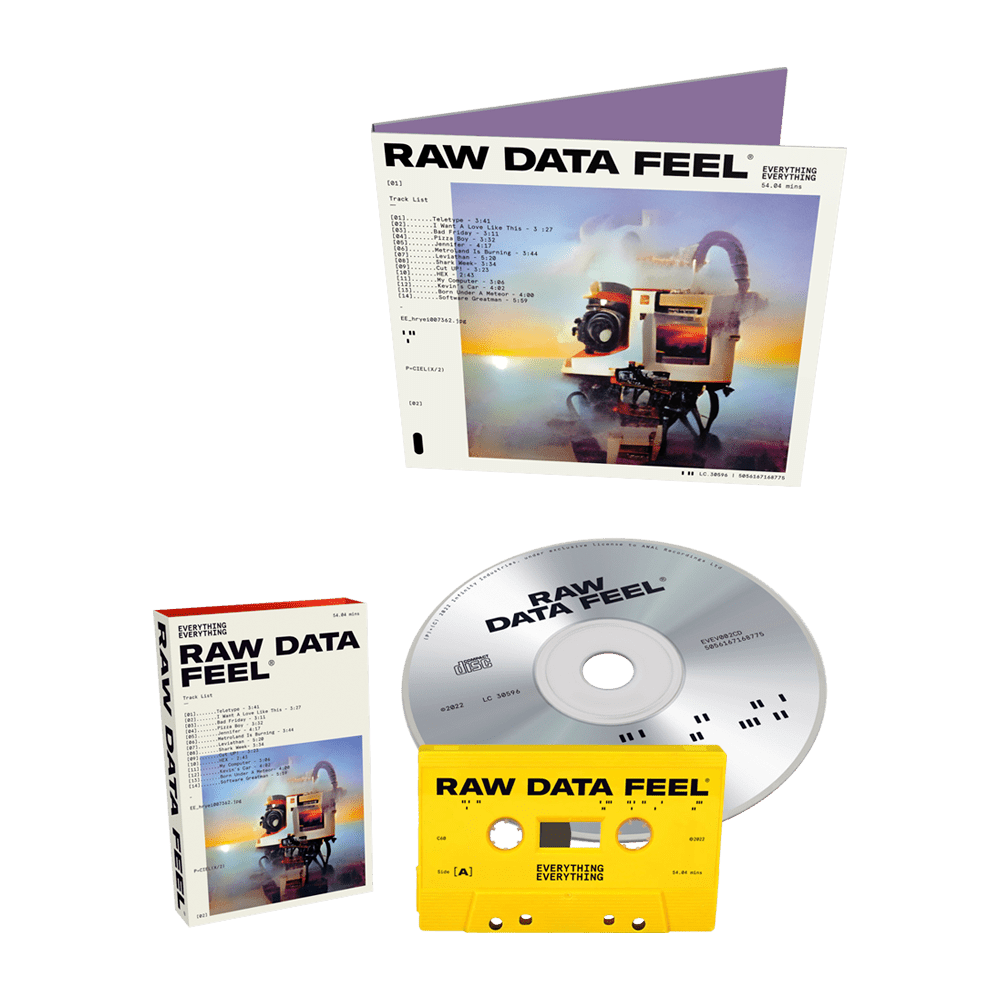 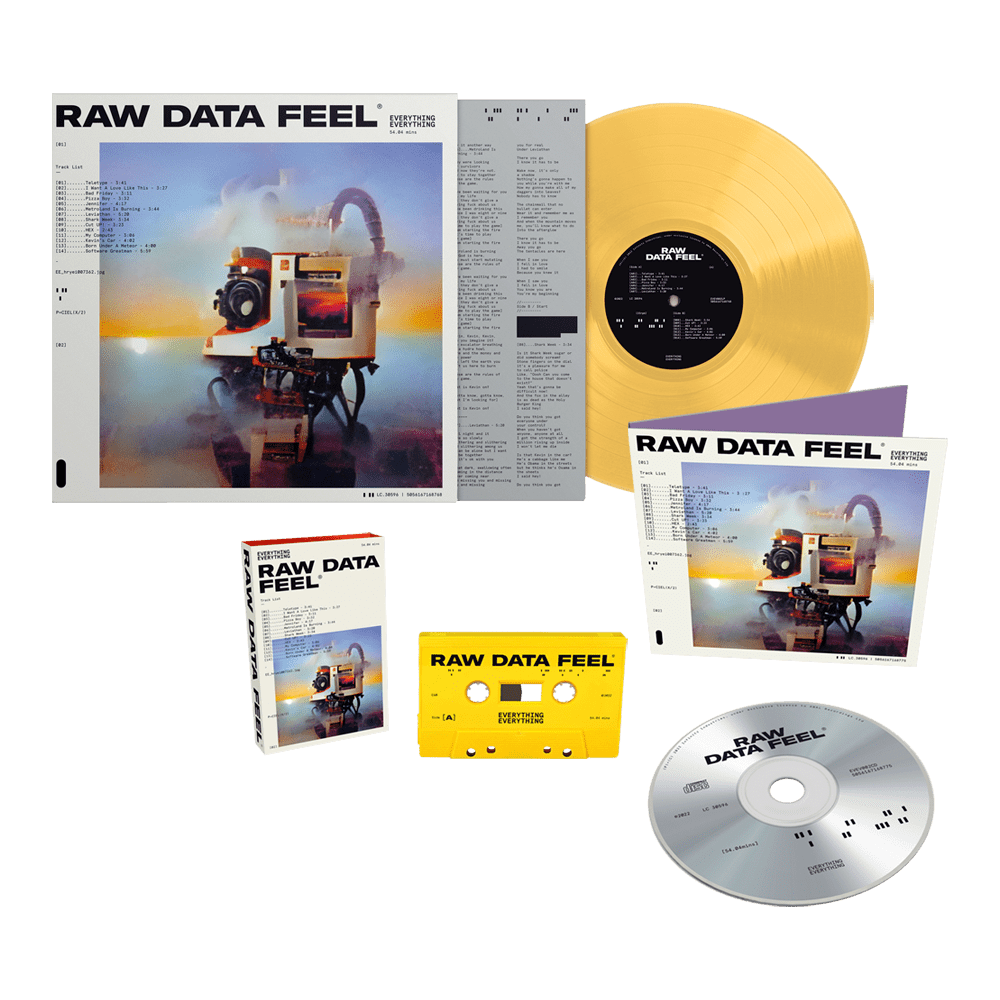 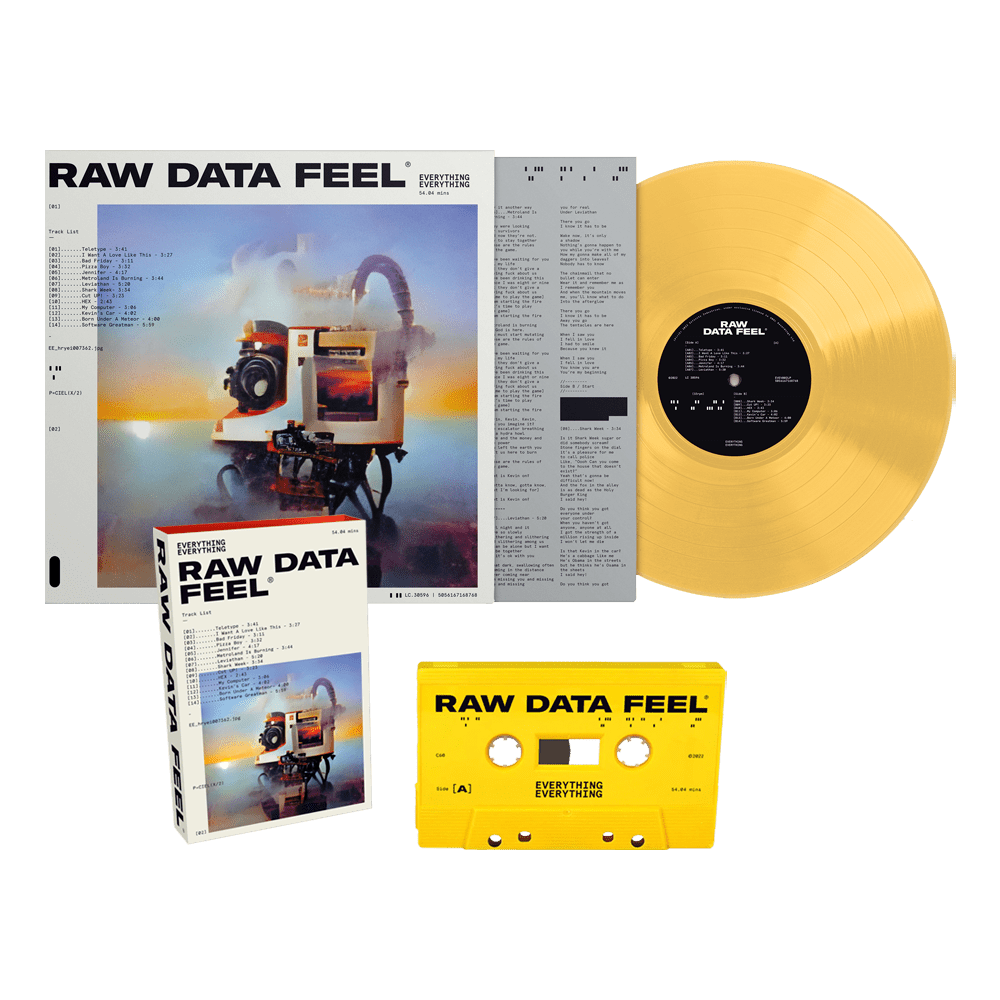 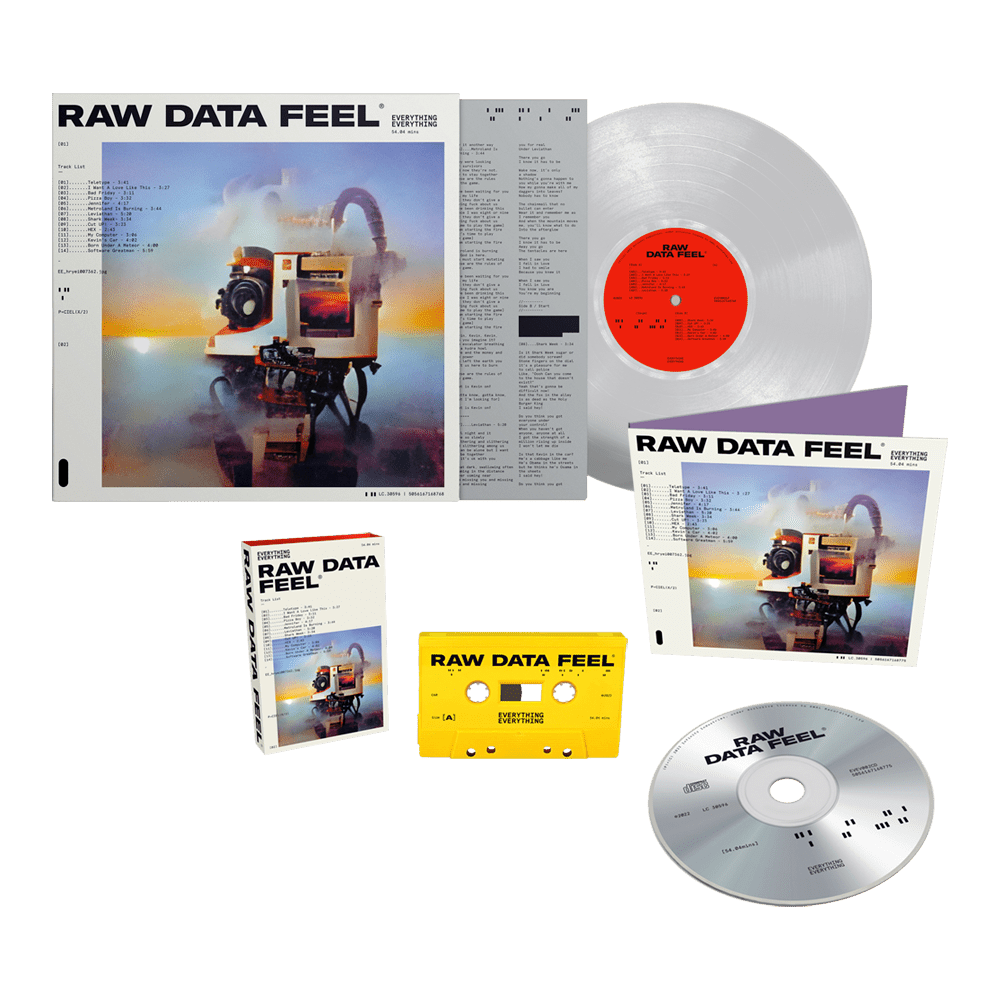 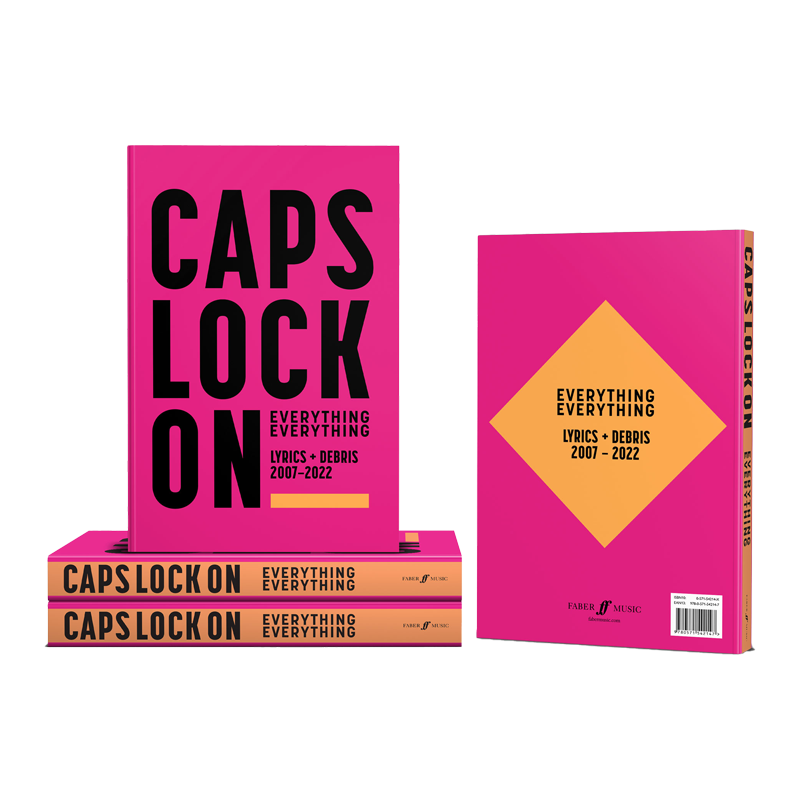 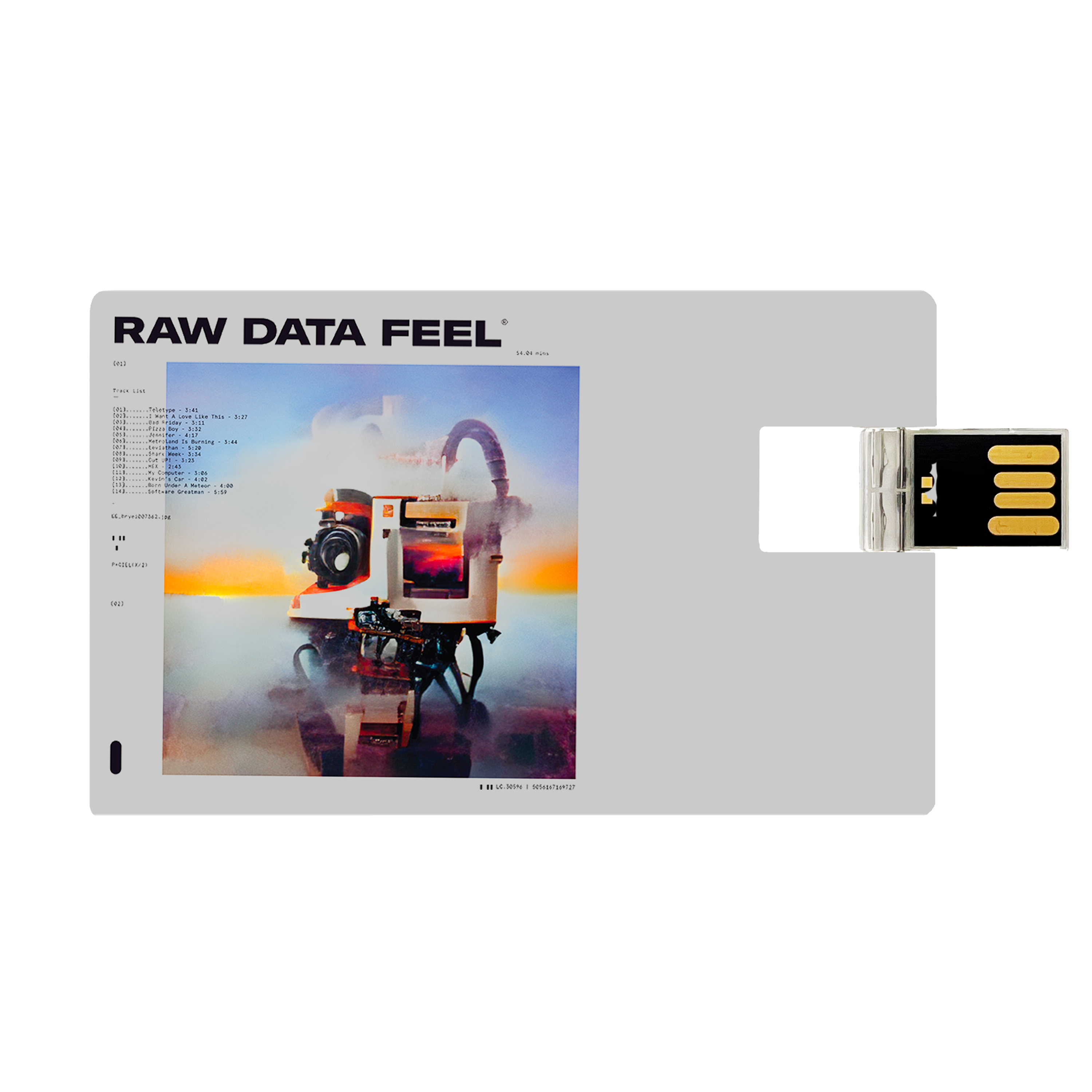