Doe’s music has a youthful spring to it. Channelling Weezer in its crunchy riffs and sunny side up outlook, it could easily be expected fall in line with music that champions staying young forever, fighting off any signs of maturity.

Tomorrow (28th September), the band release their second album ‘Grow Into It’, a record that rubbishes these traits, focusing on the changes that come with ageing, and dissecting these changes delicately and brilliantly.

Ahead of the album’s release, we’re sharing new track ‘One At A Time’, a song that keeps the bouncy, catchy riffs at the forefront, but tackles changing facets of relationships, and championing self-care.

“One at a Time is about having a tough ass time being in a relationship and trying to deal with mental health issues in the best way possible, but feeling like you’re doing a shitty job,” vocalist Nicola Leel says of the track.

“Since we wrote it there have been some losses in the music scene and the last section, in particular, has become particularly poignant to me, because I’m very glad to have the people I love still here.”

We spoke to Nicola, guitarist Dean Smithers and drummer Jake Popyura about all things ‘Grow Into It’, working with producer MJ (Hookworms) and how to cope with change as you travel through your twenties.

Read the interview and listen to ‘One At A Time’ below.

Did ‘Grow Into It’ come together quite quickly, or has it been in progress for a while?

Nicola: We just booked in the studio time with MJ and thought 'that'll be fine, that's loads of time!' and then we kept getting together and writing, but with working full time, we could only do the occasional weeknight and weekends, and you've got a limited amount of time, so we were getting together as much as we could. Then we found ourselves running closer and closer to the recording booking, and we had to push it back a little bit, but we got to a point where that was the only time we had before the new year, so we had to do some intensive sessions. The last song we wrote, we were panicking a bit.

Dean: But that one pops now - it's one of the best cuts!

Did you have a pretty strong idea of what you wanted the album to become throughout the process?

Dean: More than the last one [debut album 'Some Things Last Longer Than You']. It feels more live, and more real.

Nicola: We had a spreadsheet. The way we write is more with a natural feeling, and we all wanted it to be a certain way, in comparison to the previous album.

What did you learn from living with that album since its release? Did you go back and listen to it before progressing forwards?

Jake: Not so much. We never really went back and sat down and thought 'here's what we're gonna do differently' - we were all on the same wavelength. We all gel together quite well musically, and we just knew the directions that we wanted to go in, and this new [album] feels more natural, rather than super deliberate. There's a natural continuation and growth, rather than sitting down and saying 'ok guys, we're really gonna spice things up! Let's throw a sax in there!'.

Do you like challenging yourself - booking in studio time before an album is written - to push creativity out of yourselves?

Nicola: Jake does this thing where he'll just shout 'I just love keeping things movin', man! Let's just book the time in!', which is good because it means you don't fanny around. But it meant we wrote in a more inspired way, and not just sitting there overthinking it all.

Was it always the plan to return to work with MJ after he produced your debut?

Nicola: I don't think we even ever considered anyone else.

Dean: It was quite nice working with him again and building on that relationship. I feel like we ended up somewhere different, and it's nice to be able to be in that space with someone again, and push what you're making together. There were some cool moments, and it's nice to be able to do that. For some bands, they might work with someone and then never get to work with them again for whatever reason, and you'll never know what it might've sounded like.

Jake: We had tonnes more time to play with whilst recording this album. We had such limited budget and time [with the debut], so that was done in five days, and we started really early and finished really late. I think it comes through on that record that there's this intensity and urgency, and I think with this one we had more space to experiment and try new things. We had an opportunity to make multiple trips, and that gave us more time to have space and become more comfortable with the process.

With the extra studio time you were afforded, did that mean you left the songs more flexible, and allowed them to be changed and moulded whilst being recorded?

Dean: I sometimes leave things slightly, and let it just come out at the time. There was this really cool moment, which we wouldn't have been able to do if we didn't have all the time that we ended up having. In 'But It All Looks The Same', there's a massive instrumental section, and it's 90% improvised, and Nicola pushed me to improvise, and I didn't think I could, or didn't think I had the confidence, and I was pushed in the right direction, and it really worked. We both improvised for a good amount of time.

Nicola: I think that even pushed MJ too. I've always loved Built To Spill, and I love the fact that they always feel a bit chaotic and improvised but in a way that's orderly. I knew that for this part in this song, I wanted it to be that way, but couldn't quite communicate it. As a band, I feel like we're quite tight - we never say 'hey, let's just jam!'. I was trying to explain to MJ and Dean that it didn't matter that we didn't know what it was going to be, and to just let it out.

The record talks a lot about growing up and how it’s different to how you would’ve imagined - was it something on your mind a lot while the album was taking shape?

Nicola: It's funny, I've never really been a lyrics person. For me, the music has always come first, and as a band we always write the music first, and it's only very occasionally that we already have a lyric in mind when we come with the melody. For this one, I definitely spent a lot more time sitting after the fact and spending time on lyrics and making sure they were more interesting and fleshed out and not just bunged together at the last minute, which often happens.

A lot of the time, when people talk about 'the themes of the album', it's focused only on lyrics, but I feel like it's carried through in the music too. When I was writing the songs, I realised that there were a lot of feelings about thinking 'shit, I'm reaching the age of 30' - which isn't even that old - but for someone in a band I'm feeling quite old. I was suddenly aware that I was getting older, and we were writing an album, and there are feelings that go alongside that in a lot of the stuff, about getting older and knowing yourself a bit more, knowing your experiences a bit more, and seeing things for what they are, rather than just base level ideas about concepts or politics.

It feels like the album is taking some power from the ageing process - do you feel less scared about growing up than you did five or ten years ago?

Nicola: I think so. When I was in my early twenties, all I ever wanted to do was be in a band. I thought 'shit, I'm getting too old to be in a band!', and it's so stupid but I always thought that if I didn't find a band to be in by the time I'm 24, that's it for me. It's silly in hindsight, but it's how you're made to feel, especially if you're a woman. I panicked about it, and then I found a band, and everything started going as I wanted it to, and I was still only 25!

I think I used to be more afraid of growing up because I didn't have the fulfilment that I wanted out of my life, even though I had a nice life in other ways. Now we're in this band and doing this thing, and I know so many awesome people that are 30+, who cares really...

'Grow Into It' is out 28th September via Big Scary Monsters/Topshelf Records. 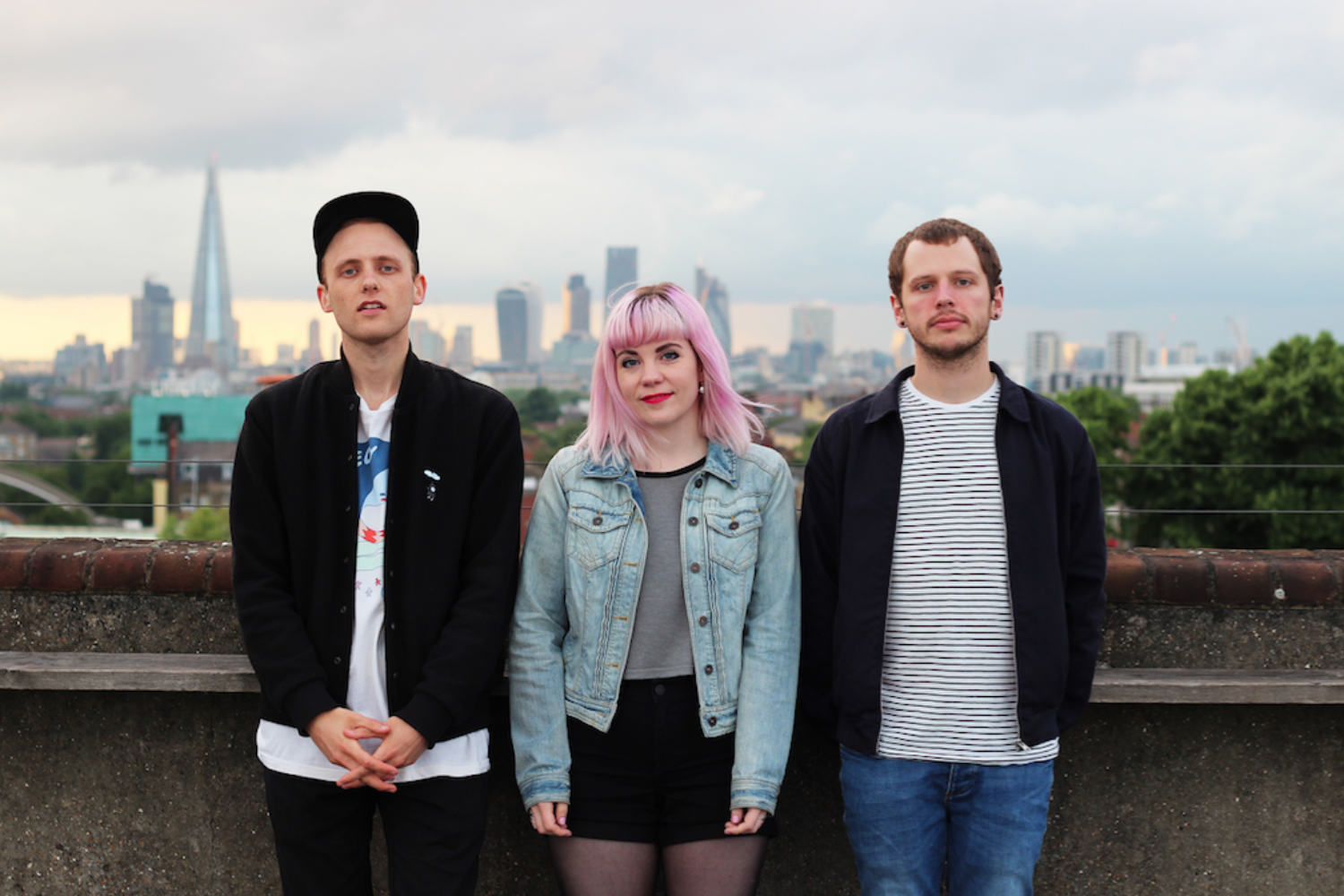 Doe are calling it a day

They’ll be playing a farewell show at The Lexington in September. 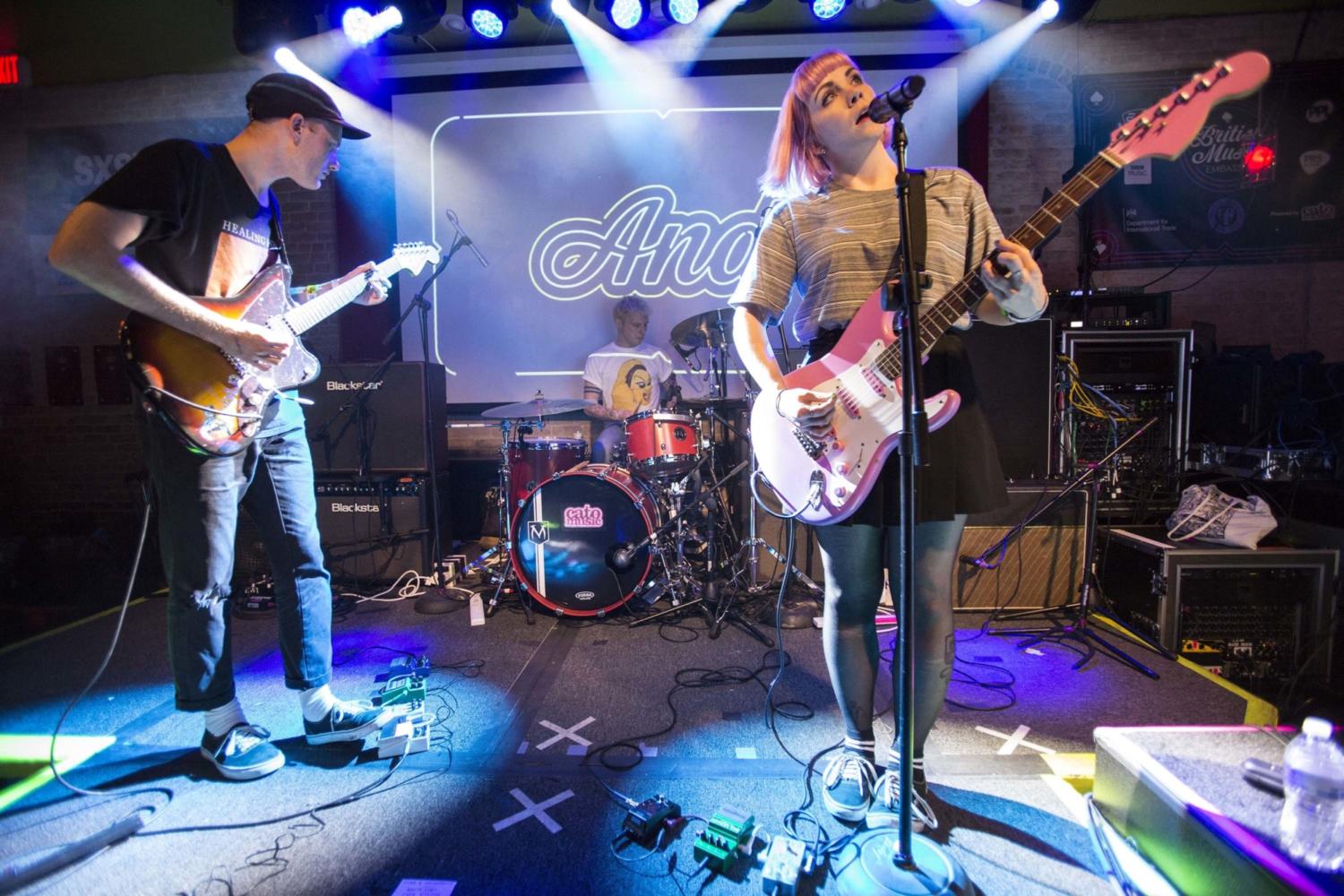 The band hit the road in February. 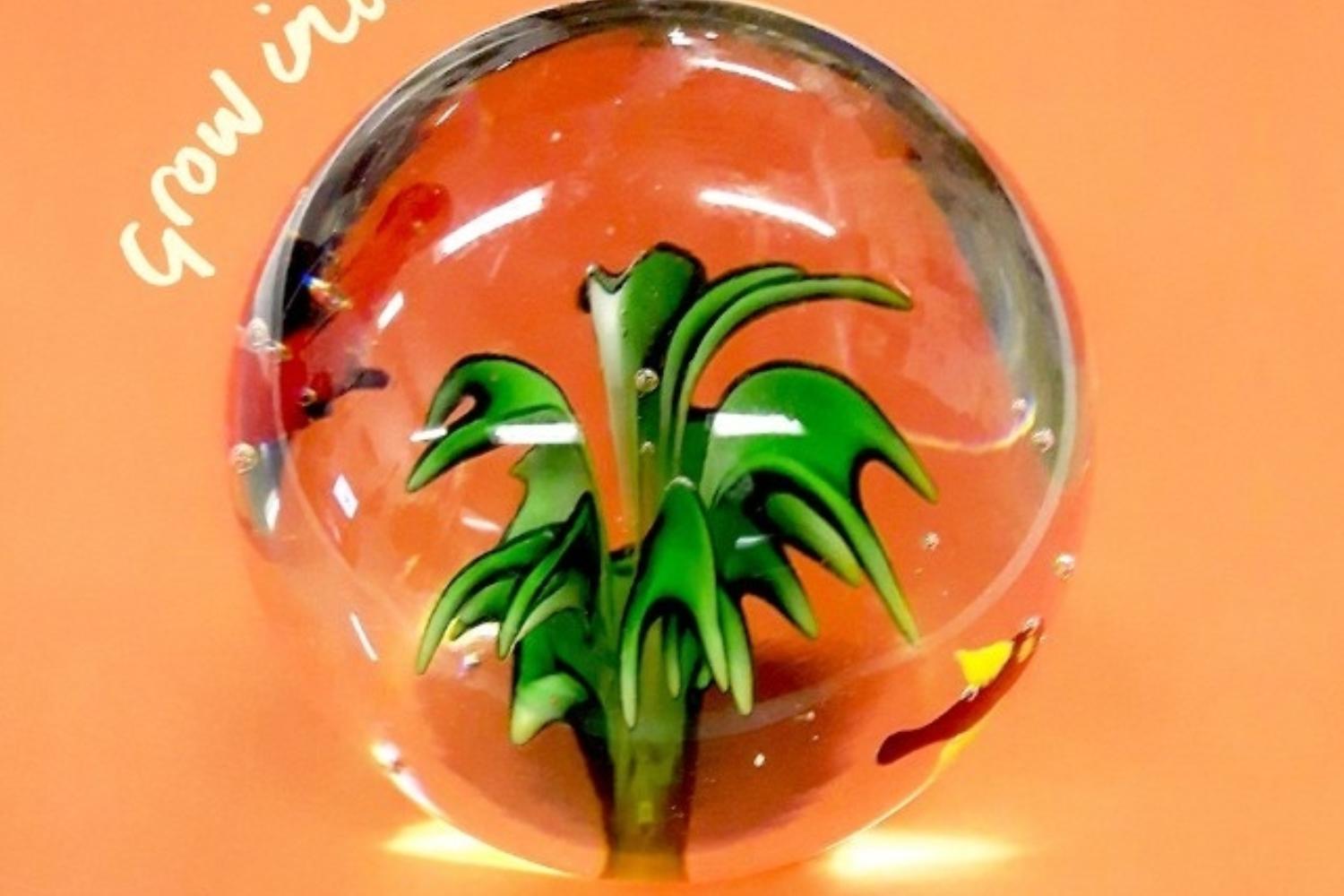 Doe - Grow Into It

The riffs are catchier, the heavy parts even more crushing, and the drum parts are wonderfully intricate. 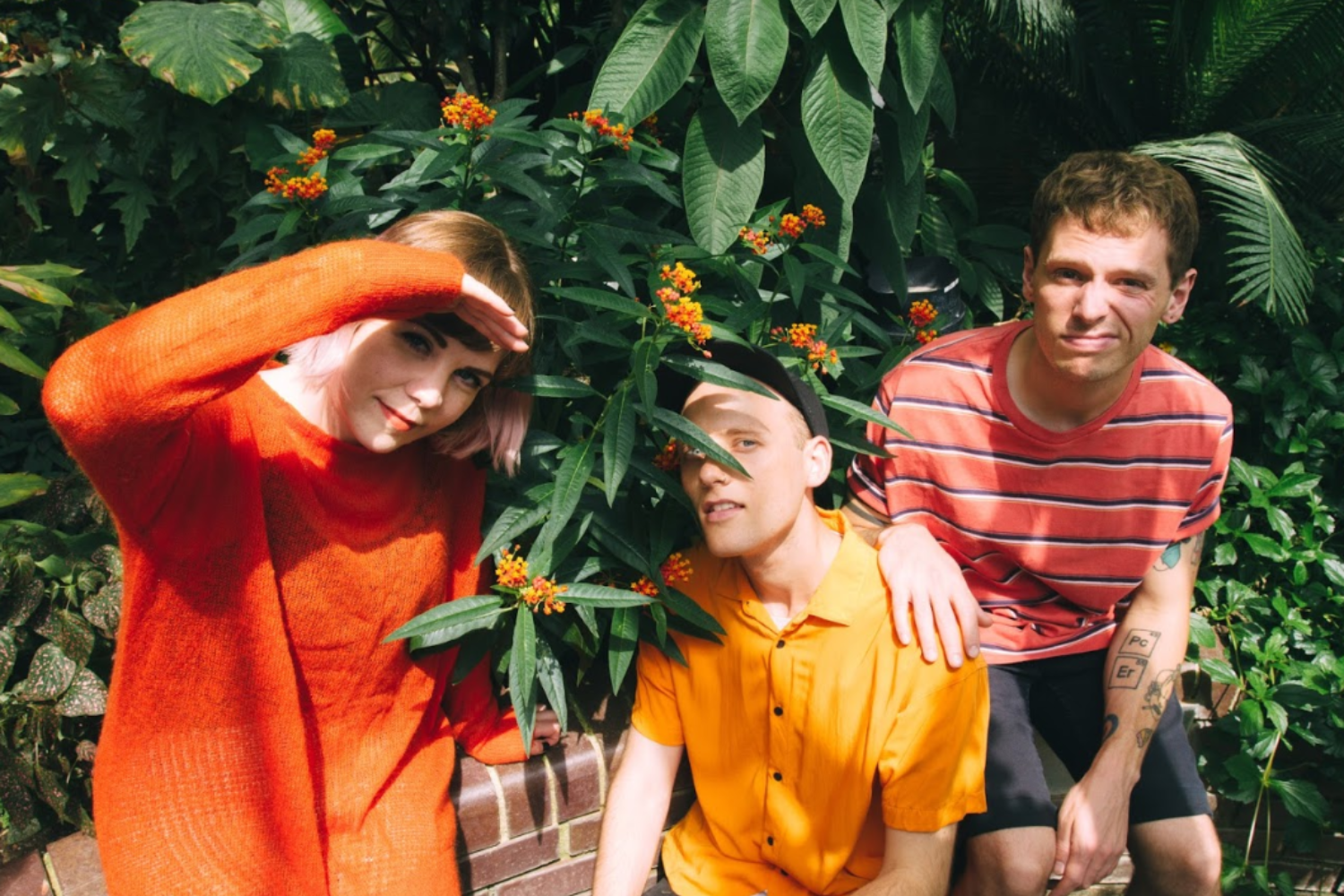 The record is set to come out in September via Big Scary Monsters and Topshelf Records.