Over the course of a 15-year career that began when he was still a precociously talented teen, Merseyside boy Bill Ryder-Jones has been many things. As guitarist and co-songwriter of The Coral, he was a mischievous young talent, underpinning the band’s weird and wonderful tales with a strong line in melody. After suffering from mental health problems and leaving the band, he returned as a more avant-garde proposition, releasing debut solo LP ‘If…’ - an imagined soundtrack to Italo Calvino’s post-modern novel ‘If On A Winter’s Night A Traveller’. More recently, meanwhile, the singer has proven himself to be radio-friendly too, penning two records (2013’s ‘A Bad Wind Blows In My Heart’ and 2015’s ‘West Kirby County Primary’) of critically-acclaimed, gentle heartbreakers.

Now, on fourth LP ‘Yawn’, Bill’s found another change of pace. “When I was writing ‘If…’, at that point I only listened to soundtrack music and read books and I just went there in the most pure and honest artistic way,” he explains. “With this it was much the same. I did a couple of songs and they were long and it was slow, and that was the only thing that connected to my world at that moment.” Meanwhile though his lyrics are perhaps more oblique, less dominant than on the real gut-wrenchers of ‘West Kirby…’, they still ring with the same honesty that’s enabled the singer to connect to so many. If anything, the weightiness of the instrumentation arounds them only goes to spotlight the moments where the singer’s fragile croon breaks through even more. “I have no issue with saying things and talking about myself or anything I’ve been through,” he says. “A lot of people do and it must be quite hard, so I see it as quite a gift that I don’t mind as much. It’s a really good time for people to hear musicians being honest.”

We spoke to Bill to dig into ‘Yawn’, why he was semi-saved by DIY faves Our Girl and how the singer just wants to “come in your ears”. Ahem.

Hi Bill! How long did it take you to get back in the saddle after ‘West Kirby County Primary’?

Well, the only frustrating thing about the best job in the world is when you start to think about your next move. Can I do the same thing again? Or how can I change it? But then after a few months I'll realise I'm not gonna be on the radio, and as soon as I forget about that stuff then something happens and I rediscover why it is that I like writing. The worst thing is when you know you're not writing well and it took me until the end of last year to really find anything that I wanted to say. I've always got shit loads of melodies, but they're not enough for people. They need words, and it took quite a while to get there.

Why do you think you were suffering from writer’s block?

I think lack of confidence is the main thing. To get a good song, your head has to believe you can do it. It's two extremes for me, I have to feel completely fucking useless and like I'm not gonna make another album and no-one's gonna give a shit so I'll just write for myself. Or I have to consider myself as someone worth hearing. It's one of those two modes that it falls into.

Was there a turning point where you started to feel a bit more worthy of it?

Working with Our Girl on their record was a big thing. I came back from that session really energised. They were so loving towards me and very supportive and constantly full of praise. I've never been around people that are so happy to tell you you're doing a good job. I came away from that going, well they're unashamedly doing their own thing and I shouldn't be so critical with myself.

I discovered a couple of groups that I love like Red House Painters and Low, music that has a feeling that's not quite like the romantic melancholy that people associate with me: it's an uglier, more sterile, colder version of angst. They make music in this strange, quite dramatic world that isn't full of pay-offs or resolve. I listened to a lot of that stuff and thought, that's the music I wanna make.

People really connected with the emotional openness of ‘West Kirby…’ - did that put you under pressure to keep digging deeper?

The hard thing is writing as well as that when you're dealing with something so personal. Anyone can write about sadness, but that doesn't necessarily make it interesting or artistically good; I quite quickly realised it's only gonna be good if I'm doing it for myself. Despite all the humble musician shit, it's a very self-centred act when you're doing it well. The picture of me that I have when I think I'm writing well is me in my boxer shorts at midnight in my bed with a guitar, just writing to fill some time or to get something off my mind. The pressure is always there but it only ever lasts until my fifth shit song and then I think oh, fuck everyone else.

“Anyone can write about sadness, but that doesn’t necessarily make it interesting or artistically good.”

Would you say this record is more outward-looking than your last ones then?

I spend so much time on the melodies and so much time changing words to enable the melody to live properly. You have people like Alex Turner and Morrissey who are brilliant at the opposite, who've made their name lyrically and can do something that I can't get near which is to give you a melody and then mess about with it for the sake of lines that they know they need to have in there. It's such an amazing thing to listen to because I'm completely at the other end of the spectrum. The amount of clever lines I sit there writing in the bath and think, that's good shit, and then I have to get rid of them. 'There's Something On Your Mind' on this record – I hate that line, it's such a boring thing. “There's something on your mind... Oh is there, Bill? Won't you tell us about it again, you fucking moaner...” But it worked too well with the melody so I had to find a way of [making it interesting]. That song's about sex drive and how sometimes for me it's not there. You get a line like that and I'll sit down and think, well how do I make this interesting? I started to think about how people say of men, oh there's only one thing on his mind whereas in my life at the time I wasn't particularly sexually motivated.

Why were you drawn to a sparser sound on this record?

It was a long winter. I was struggling with that and myself and I enjoyed the space; being able to have a lot of music with not too many words, not having to give choruses. I felt quite liberated [by it]. With 'West Kirby...' I'd wandered into quite a 'Northern lad with guitar' territory; I'd become very jangly and sing-along-y and I don't know how that happened. I wanted the space because when I'm singing I wanted it to be noticeable.

You seem quite chipper at the moment though!

I'm always chipper! It throws people. I went to Paris to do some interviews not long ago and they were expecting me to be like Morrissey, but I've always had a sense of humour. It's my mother's doing. The world is quite funny and I read this Aldous Huxley book when I was younger that said the world is never just one thing. I had an interview the other day where I was talking about having my first panic attack and I thought it was an asthma attack so I was using this inhaler, pumping my body full of adrenaline which is the worst thing you can do, and I was kind of in tears but laughing about it. I'm fortunate to have a sense of humour because I can get wrapped up in sadness quite easily, but I've never not been able to laugh about it.

What do you want people to get from ‘Yawn’?

The record was made for people who have their own life and need to escape it a little bit. I don't make music because I'm a party animal and I don't like music that's put on at parties. The idea is just, you know, let me come in your ears... But why do I do it? I don't fucking know. I have very little else to do and it makes me very happy and it makes everything else bearable when I'm that happy. And as strange as it is, there are clearly some people out there who are interested in my take on the world and this is another slice of that pie.

'Yawn' is out now via Domino Records. 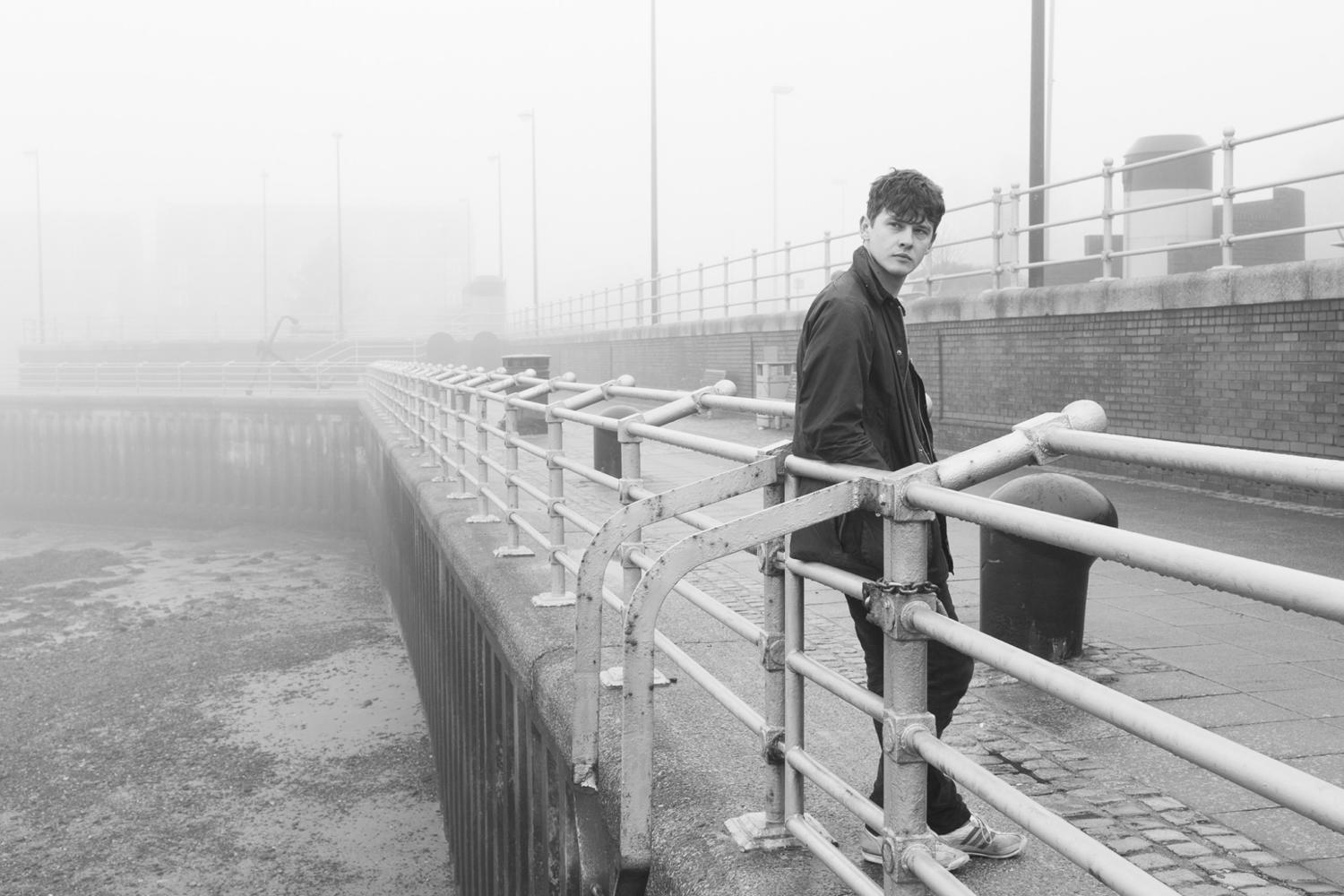 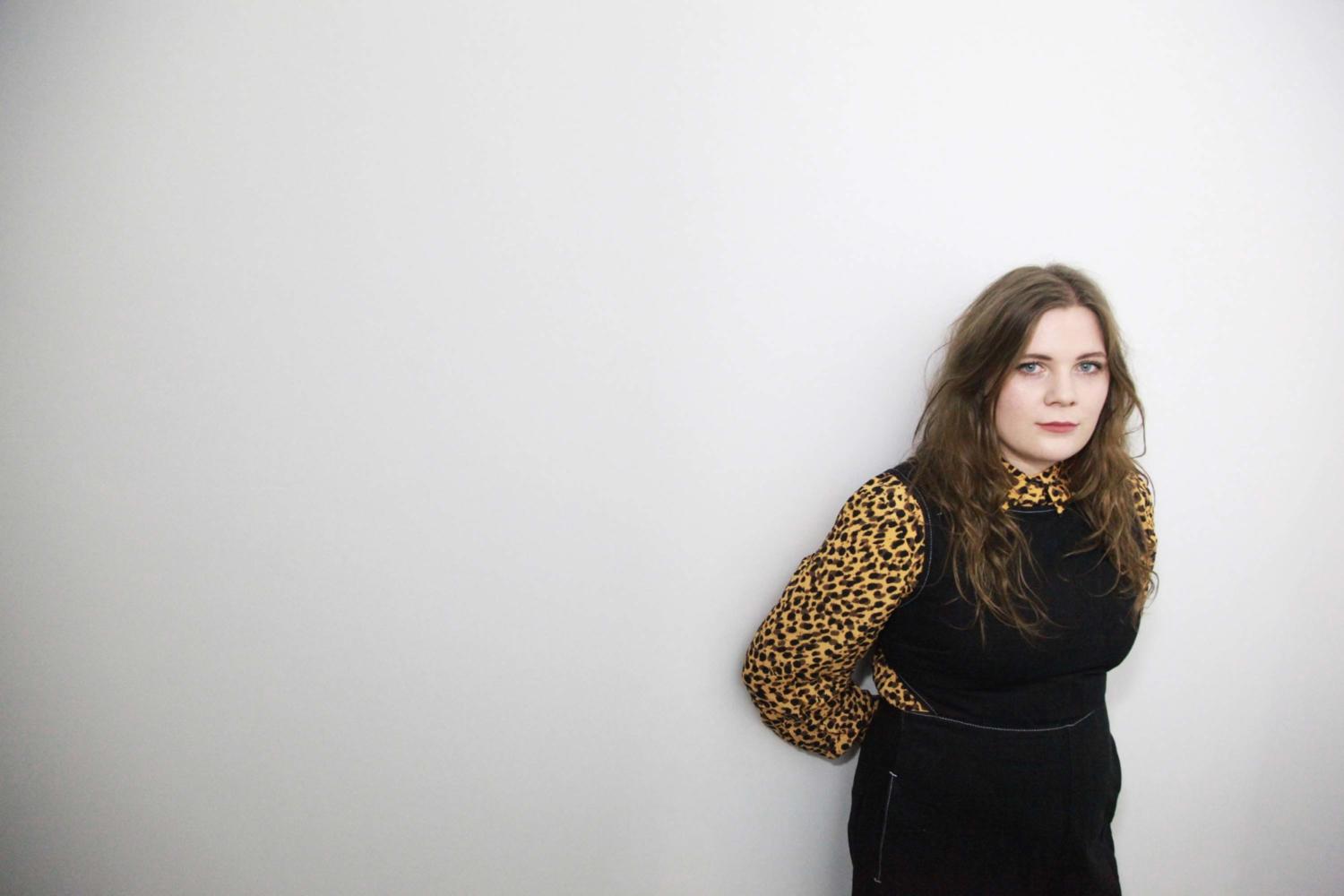 The new North Eastern festival is set to take place across various venues this June. 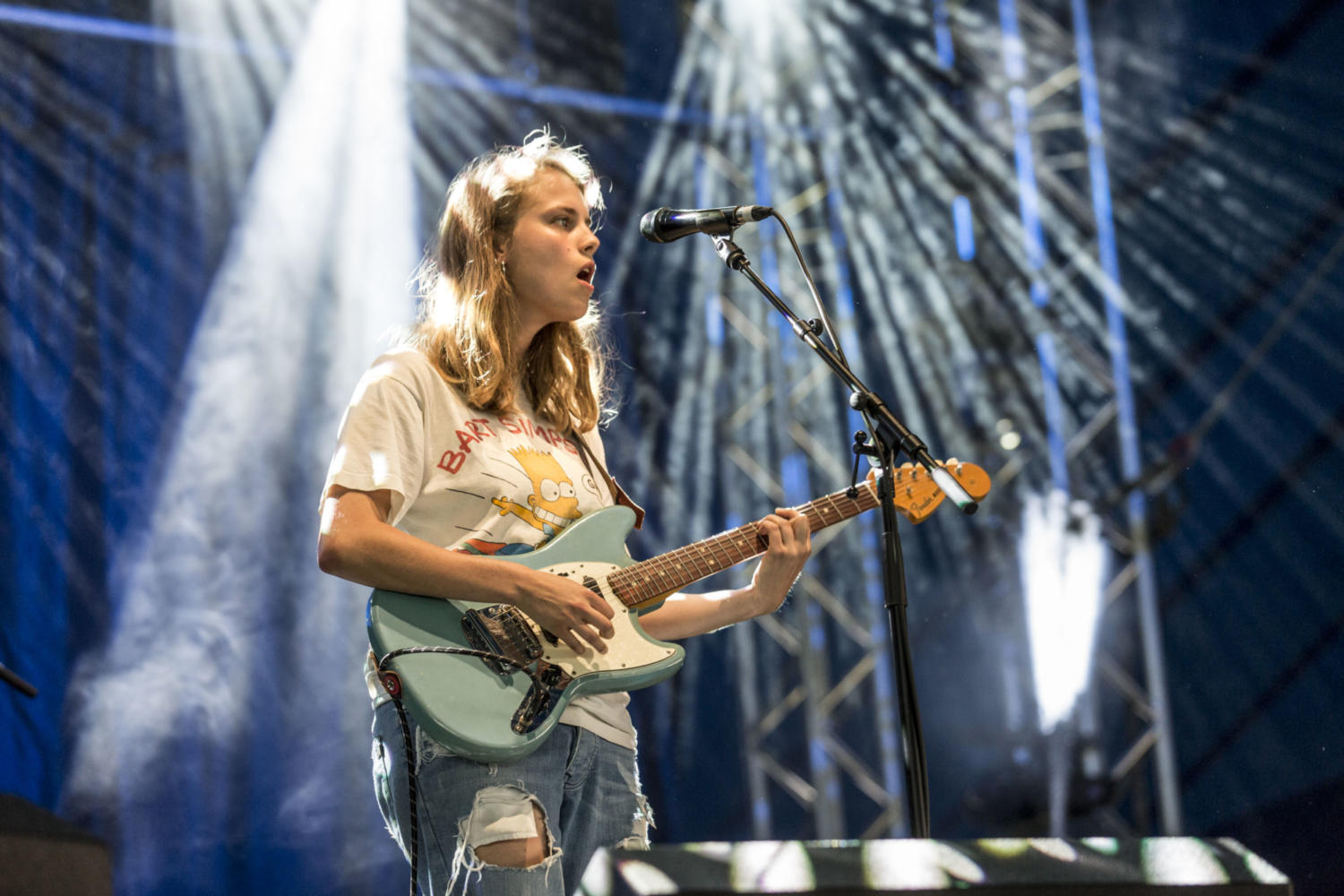 The festival adds a new list of names for this year’s event. 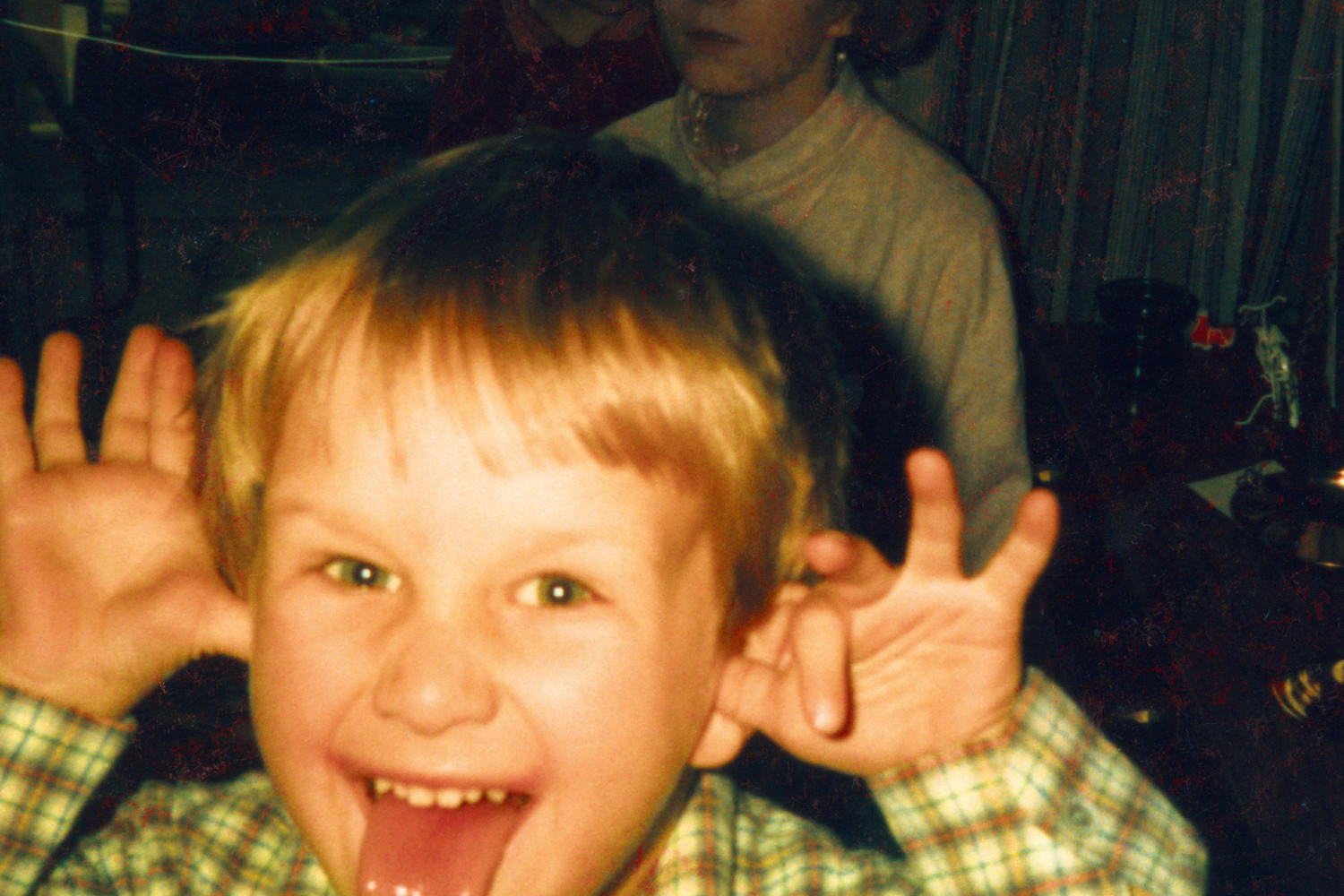 Bill’s fragile whisper of a croon only adds to the aura of lethargic night times spent alone.