The gig, on 29th January, will be part of the venue’s In The Round series, featuring seated shows, where - as the name suggests - acts will perform on a stage in the middle of the room.

Jim James’ last release was ‘Uniform Distortion’, out back in June.

The full series of gigs is: 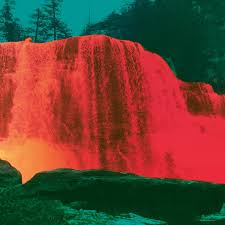 Recording on “the third moon of Jupiter”, belief and outward-thinking: My Morning Jacket

Jim James speaks to Anastasia Connor about the infinite trip of new album ‘The Waterfall’.