Father John Misty is to host a benefit concert in aid of those affected by the Southern California wildfires earlier this year.

Alongside promoter Goldenvoice, he will host acts including Haim, Weezer frontman Rivers Cuomo, Mac DeMarco and Rostam at the Theatre at the Ace Hotel in Los Angeles on 18th December. 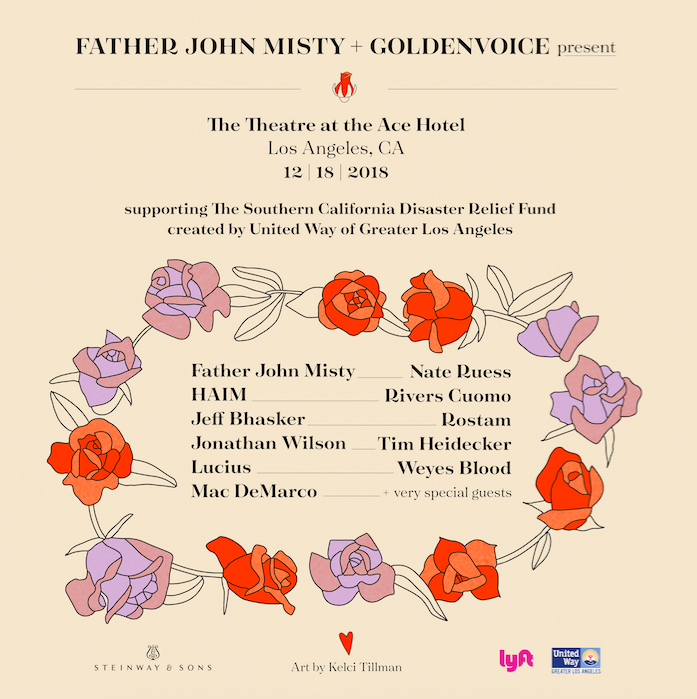 The gig will support The Southern California Disaster Relief Fund, and there’s currently an auction online to bid for front-row seats and a night at the hotel.

Official tickets are on sale as of 10am Pacific Time today (Friday 7th December).

Khalid’s new album Free Spirit is out this Friday.

The tour will also feature sets from Jade Bird and Erin Rae.