A tribute event to Frightened Rabbit’s Scott Hutchison took place this weekend in Scotland, featuring the band’s Grant Hutchison, Billy Kennedy and Andy Monaghan as well as a host of special guests.

Biffy Clyro’s Simon Neil was one of the artists performing, joining the band to perform the 2008 song ‘The Modern Leper’ before performing a cover of Bruce Springsteen’s ‘Dancing in the Dark’.

They were also joined by series of special guests on vocals throughout the night, including The Twilight Sad‘s James Graham. Proceeds from the gig will go to Social Bite, a social enterprise set up to help end homelessness in Scotland, as well as The Scott Hutchison Foundation.

The band have since shared a statement about the night on Instagram, writing: “We felt Scott’s presence in every word that was sung with us last night by the incredible folks who joined us onstage and in the whole bandstand”. Read the whole statement and watch some clips of the performances below.

Last night we were part of a very special night to make #tinychanges to Scotland’s homelessness problem. Yes it was only one night and yes people had nice warm sleeping bags and yes most went home to a nice warm house but what a way to highlight the issue. We felt Scott’s presence in every word that was sung with us last night by the incredible folks who joined us on stage and in the whole bandstand. To all those who slept out we applaud you and encourage everyone not to forget those who will be doing the same again tonight and not through choice but because they have nowhere else to go. All our love FR x 📸 @euanrphoto x 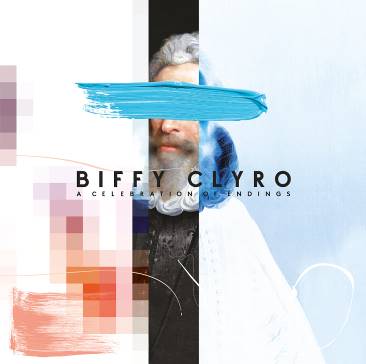 Biffy Clyro - The Myth Of The Happily Ever After 2CD CD

Biffy Clyro - The Myth of The Happily Ever After LP Vinyl Darkest Before The Dawn: Biffy Clyro

Riled up and ready to go, Biffy Clyro have spent the year since ‘A Celebration of Endings’ banding together more than ever. Enter, Album Nine…