A recent leak on Amazon France appeared to reveal that a new James Blake album called ‘Assume Form’ was arriving this month.

A new website was also set up, and the singer has started teasing the record himself.

Now, an eagle-eyed Redditer has spotted a poster advertising the album at a London tube station.

The poster reveals that ‘Assume Form’ is out next Friday (18th January), and features the likes of Travis Scott, Outkast’s Andre 3000, Moses Sumney, Metro Boomin and Rosalía.

View the poster below, and get ready for ‘Assume Form’! 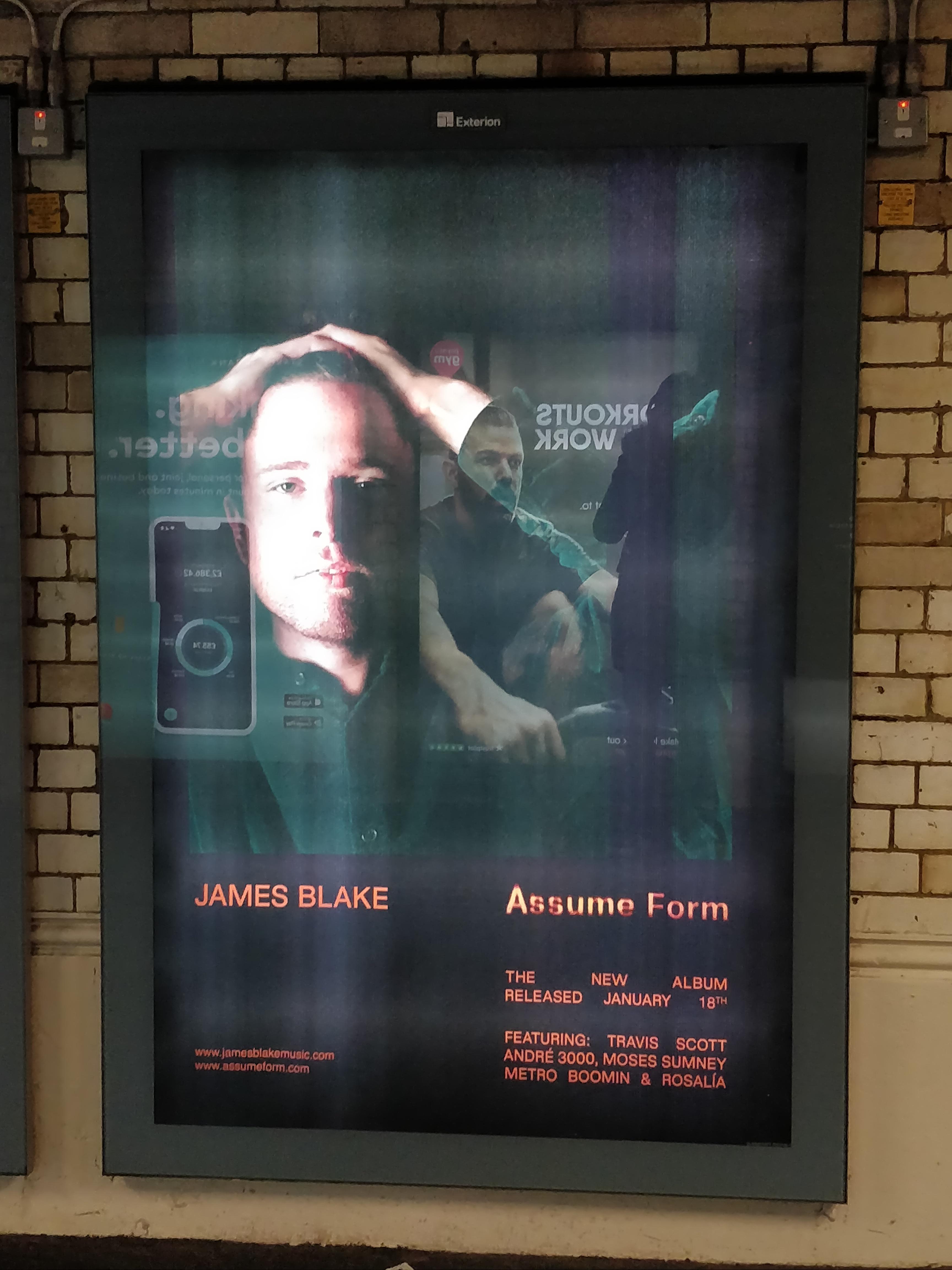