Trudy & The Romance have announced their debut album! The long-time DIY faves will release ‘Sandman’ on 24th May, and have today revealed its first single, ‘The Original Doo-Wop Spacemen’.

Vocalist Olly explains a little about the new track: “We directed this like a blockbuster, with characters and a story. We worked with a pianist, 1940s Disney choir, county pedal steel guitar player, film score violinist and harpist.It’s heart-warming and gently creeps up on you. It’s not tugging but just kind-of-there; Alligator Rock’n’roll!”

The band are set to play this year’s SXSW in Austin, Texas before heading out on a UK headline tour around the album’s release.

View the (truly brilliant) artwork for ‘Sandman’, view the tour dates, listen to ‘The Original Doo-Wop Spacemen’ and read our Q&A with the band about all of the above…below! 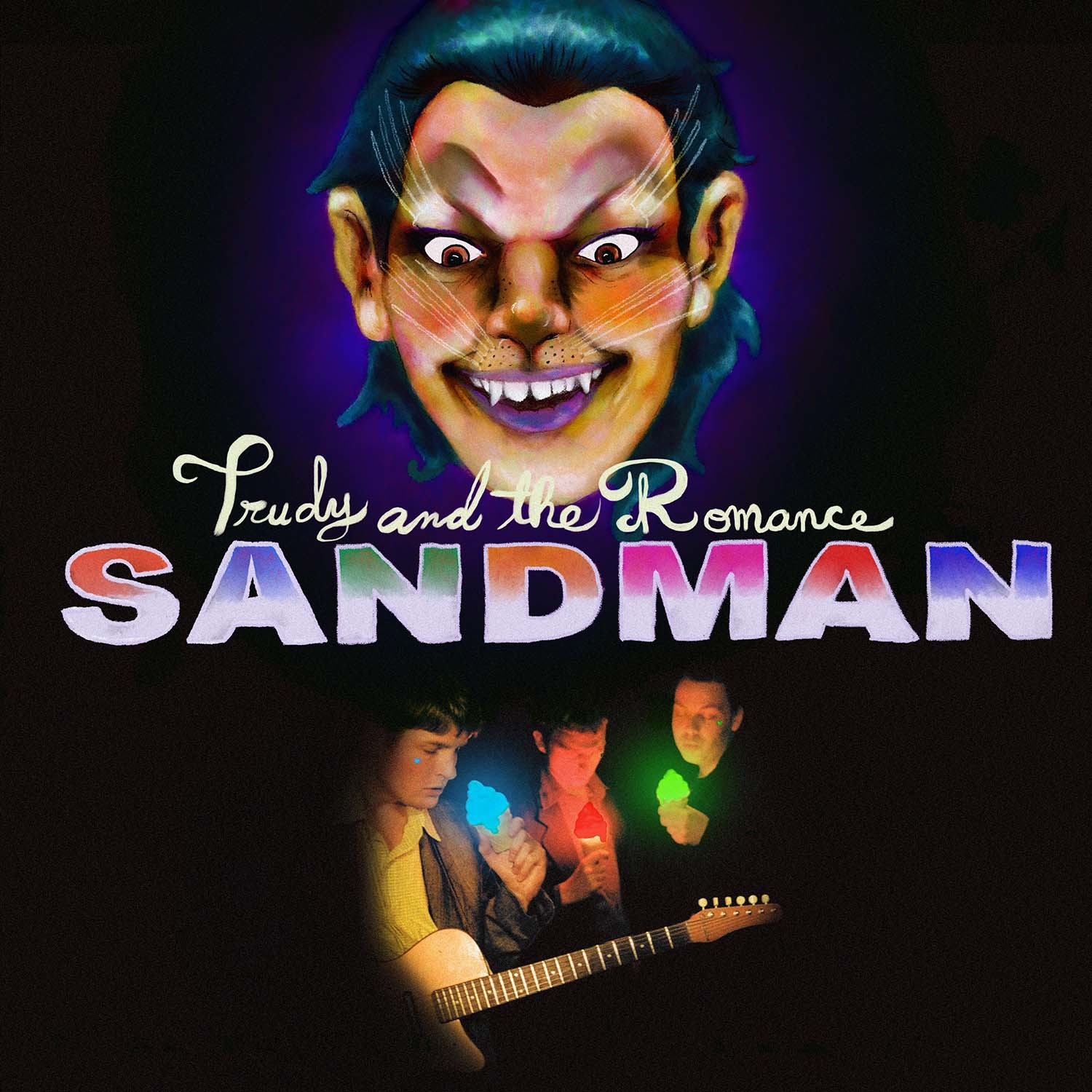 Hi Trudy & The Romance, it's been a while! How have you been?

Going steady DIY. Between the release of Junkyard Jazz and the Sandman album, Sandman was prepped and cooked, we gigged around a little and I keep busy writing. Our live show has transformed into a 6-piece fantasmic spectacle too… this is in pursuit of the upcoming year’s live dates (to blow brains) and for something special for the next record…

What can we expect from the album? Any big surprises?

I hope that every new piece is more ambitious than the last, and I’m praying it will surprise anybody in the mood to listen. On the ‘Sandman’ record we delved deeper into fairytales and wanted the listeners imagination to run wild with the music. Our concept follows a coming of age tale about asking for your innocence back. For the grandiosity of the project we worked with a pianist, 1940’s Disney choir, county pedal steel guitar player, film score violinist and harpist. The album was directed like a blockbuster, with characters and a story.

Beneath the story we wanted a cinematic feel in the instrumentation. Film composers like Henry Mancini and Bernard Herrmann were personal heroes for this as they knew how to tell a good story through music alone. The golden age of Disney; Pinocchio, Dumbo & Snow White was our reference for the choir. We wanted a sickly sweet choir mixed with our brand of rock & roll for the right style of tears. Finally something the Strokes once said about their debut always stayed with me, “Imagine you took a time machine into the future and found a classic album from way in the past and really liked it”, that’s what they wanted for the sound of their record, and that’s what we wanted for ours. Copy cats.

It's also our introduction to the Original Doo-Wop Spacemen - can you tell us a little bit about them?

Jonathan Richman, Louis Prima and other rockstars introduced us to the idea of lead and group vocal back & forth (question & answer), this always seemed to be done with a heartfelt sense of humour. We wanted to do this too and had an ongoing conversation between Little Johnny & the Original Doo-Wop Spacemen throughout the record. The Spacemen are the story’s fictitious band on their way to stardom in the New World.

As for the track. The ‘Be My Baby’ drive is very special to me, it’s the beat that hauled Brian Wilson’s car to the side of the road… Phil Spector’s production blew Brian’s mind, as Pet Sounds has blown mine. Our album is the child of Pet Sounds & Is This It (The Strokes), records that played a heavy role in my youth.