There’s something comforting about the fact that even incredibly successful, game-changing artists can be as prone to letting things slide as the rest of us. Karen O might have released four albums as the untameable frontwoman of Yeah Yeah Yeahs since the New York art-punk trio first shot a bullet of technicolour badass-ery through the city’s early-noughties scene; Danger Mouse (real name, the rather more modest Brian Burton) might have spent the last 20 years producing everyone from Gorillaz to Adele, as well as putting out his own music with Gnarls Barkley, Broken Bells and more. But both still had a mutual idea they’d spent the best part of a decade simply never getting around to.

“I remember her calling me in 2008, a long time ago, and I didn’t even know she had my phone number,” Danger Mouse recalls of the genesis of their relationship. “I was really excited about it because I’m a fan of Karen O, but at the time I was with Gnarls Barkley and I was like, ‘we’ll definitely do something, I’ve just got to figure out when’. Then life happens and years go by and we run into each other occasionally and say we’re going to. But it only became really specific when she was pregnant. We sat down, she said she was taking a break but that she’d probably have some time after she’d had her kid.”

“I love collaborating with new people on new things and after having not made music for four years by that point, it was on the top of my list of things I wanted to do - to make something new with someone new,” Karen explains. “And there was such chemistry between Brian and I, so it’s all good; it’s a brand new slate, there’s no expectations, it’s purely play. It’s like a sandbox in a way. It’s the best time you can ask for when you find a kindred spirit in music.”

Meeting up for an initial session in Brian’s Hollywood studio at the end of 2016, the pair went in “completely open”. “Like, let’s just try some stuff out and then if something cool comes out with it then great, but if it doesn’t work then no worries - you can just go back to what you’re doing. Or not doing…” she laughs. But within the first few days, it became clear that something definitely was working. Starting by playing each other some favoured music - ‘00s electronic band Broadcast and Isaac Hayes for Brian; Nancy Sinatra & Lee Hazlewood, and the French version of ‘Knights In White Satin’ for Karen - the two artists then began to throw ideas around. Soon came the cinematic, nine-minute heavenly opus of ‘Lux Prima’, and slowly the pair began to craft a record of the same name that would follow it. 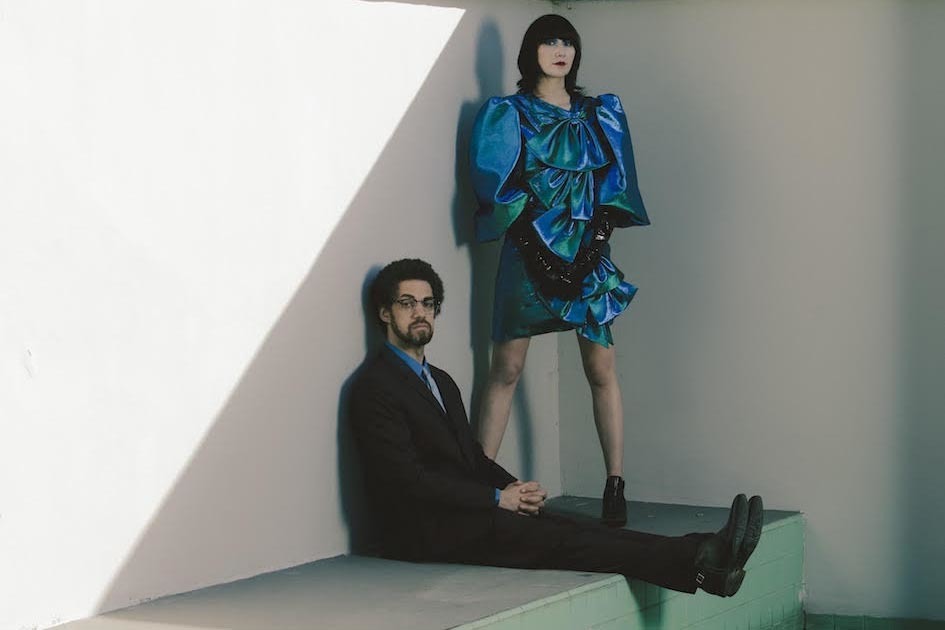 “I felt connected on a very cosmic level to the whole cycle of life more than I ever had before.”

Clearly, it’s an album born from genuine creative compatibility. “It sounds really easy to say ‘there were no rules’, but it’s really rare to have two people in a room that have that exact same mentality and it really could go anywhere,” explains Brian of the process. And the directions that ‘Lux Prima’ does go in are somehow new but completely natural, unexpected and yet familiar. It is undoubtedly the most traditionally beautiful thing the iconic punk singer has ever put her name to, an album wrapped in a warm swaddling of lush, cinematic flourishes and vocal tenderness (aside from the sassy strut of ‘Woman’, which is pure classic O). But you can also see the same fundamental seeds of the songwriter who made everyone bawl their eyes out 15 years ago on ‘Maps’ beneath all the old-school production and soulful influence.

The record was, however, created during a very different part of the singer’s own life and it audibly reflects that. Written following the birth of Karen’s first child, ‘Lux Prima’ has a gentleness that she directly attributes to the experience. “I was curious as to what was gonna come flying out of me after going through that super trippy experience of having a kid, and it was a crazy time too because everything was shifting politically here in the States in a really big way as well,” she begins. “I felt more of an urgency to make music that felt healing, for lack of a better word. That healed the soul, and fortified the soul. I felt at that point, after having my son, pretty connected on a very cosmic level to the whole cycle of life more than I ever had before. I was feeling things in a deeper, bigger way. [The record] is very elemental in a way and it takes you places, and maybe [those places are] somewhere you feel like you intrinsically know because they’re somewhere that’s embedded and written deeply within us as humans.”

Currently, the pair are readying an immersive art project - An Encounter with Lux Prima - to accompany the record that will open in LA before, hopefully, touring to other cities. A 4-D sound bath with “light and smell and rain and wind and everything”, the idea, says Karen, is for it to be “a communal emotional experience with music that doesn’t involve live performance”. There’s possible talk of some live performances too, although neither party is sure exactly yet. What does seem more certain, however, is that this won’t just be a one-off. “I think I made a great friend and we really like making music together; we haven’t put dates in the calendar yet, but I’d be more surprised if we didn’t [work together again] than we did,” nods Brian.

“I think I made a great friend.”

And as for the small matter of Karen’s other band? Following a batch of live shows last summer, it seemed logical that Yeah Yeah Yeahs might be gifting us some new music... “Er, yeah...” she chuckles apologetically, “I mean, not yet. But with the Yeah Yeah Yeahs, for me we’re family basically and we’re in it for the long haul, so I know that when [there’s] the compulsion to do it and I feel like it’s time and everyone’s in the right frame of mind then it’ll hopefully come together quick and we’ll have something ready for everybody in the near future. But that being said, I’m still waiting for the itch for that to happen and I’d rather take time and have people get annoyed with me than put out something that wasn’t genuine or sincere and didn’t feel inspired.”

Fine, we suppose. But while the wait continues from that side, the singer and her new pal have produced a record that satisfies on a completely different level. It’s a gorgeous thing, that brings out new strengths in them both and shines a new light on two stars who’ve been sparkling hard for a long while already now. Which is about the best result of a collaboration that you can hope for, really.