The Killers have been hard at work on the follow up to 2017’s ‘Wonderful, Wonderful’ and they’ve now shared a further update on new album progress.

The band have shared a photo to social media that seems to show a series of song titles scrawled onto a whiteboard.

Some of the potential titles include ‘Hear Me Out’, ‘Wild Grass’ and ‘Status Quo’.

The band recently played new song ‘Land Of The Free’ live on TV in their home city of Las Vegas.

The band are due to play a series of UK and North American tour dates this summer, including their third headline slot at Glastonbury Festival.

See the photo below.

All Killers, no filler: Brandon and co bring relentless hits, guest stars and Jimmy Carr with a broom to Glastonbury

Liam Gallagher, Slowthai, Lizzo and more triumphed in the heatwave on Saturday.

We caught up with the band’s Ronnie Vannucci Jr. ahead of their headline slot this weekend. 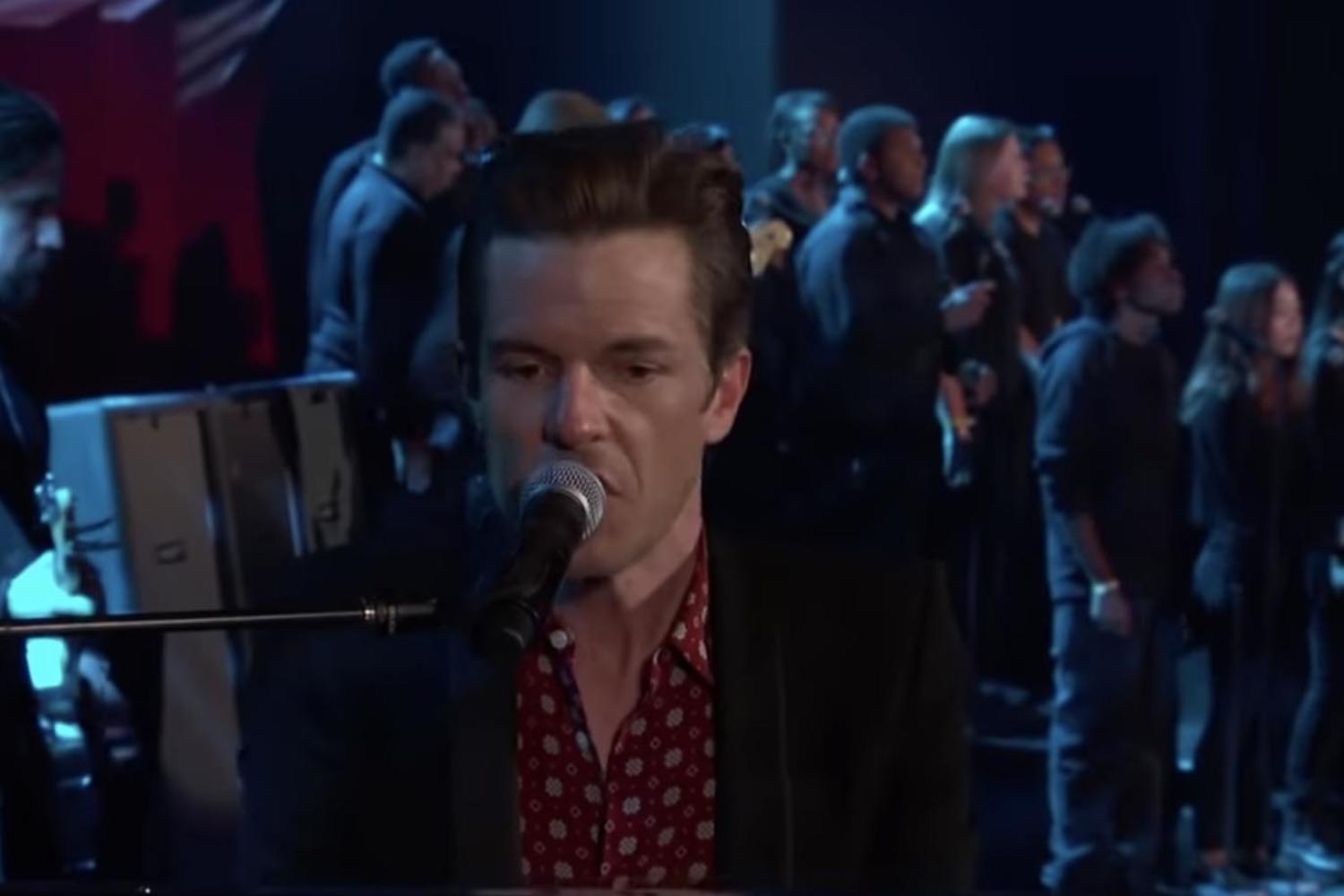 The Killers take ‘Land of the Free’ to American telly

They played live in Las Vegas earlier this week.