Releasing debut album ‘Happy To Be Here’ next month and out on their debut UK tour this year, the band make jangly, summertime guitar pop that’s a perfect soundtrack to the entrance of summer and evenings getting longer.

The band play London’s MOTH Club tomorrow night (26th April) - listen to new single ‘Geology’ and get to know the band a little better below via vocalist Barrie Lindsay.

It'd probably be one of those profiles where the pictures are all kind of unflattering and you can’t tell if they’re doing it ironically or they’re just weird.

I was really into Sufjan Stevens, and still am. I loved how his songs were based on looping progressions and melodies like a typical pop song, but the instrumentation and lyrics were way more thoughtful and bittersweet. Also Kanye West, I think I was super drawn to the orchestral and soul samples and arrangements he used on the first albums -- Late Registration, College Dropout Graduation.

You’re based in Brooklyn - what's the music scene like there at the moment? Are there other artists breaking through at the same time that you take inspiration from?

It’s a really inclusive community. A lot of my bandmates are involved in the house and more experimental scene, and it’s exciting to be around. Our friends are all doing cool things: FaltyDL, Sedona, Shura, Luke Jenner, Seedy Films, Love Injection, Tmboy, Claud, Joakim, Snny, many more too.

It would be so cool to write a song for/with Beyonce. Also Toro Y Moi, Suzanne Ciani, Juana Molina…

Of course I’m really excited about our album coming out in May. I’m also looking forward to the Hatchie and Men I Trust albums, and my bandmates are all working on great new music for their projects. Sabine Holler, Is Tropical, Psymon Spine, Spurge Carter. Otherwise
I was gonna say I love the Olympics but those aren’t til 2020 damn.

I hope it’s a little injection of joy or connection. I think that’s the best music can do. 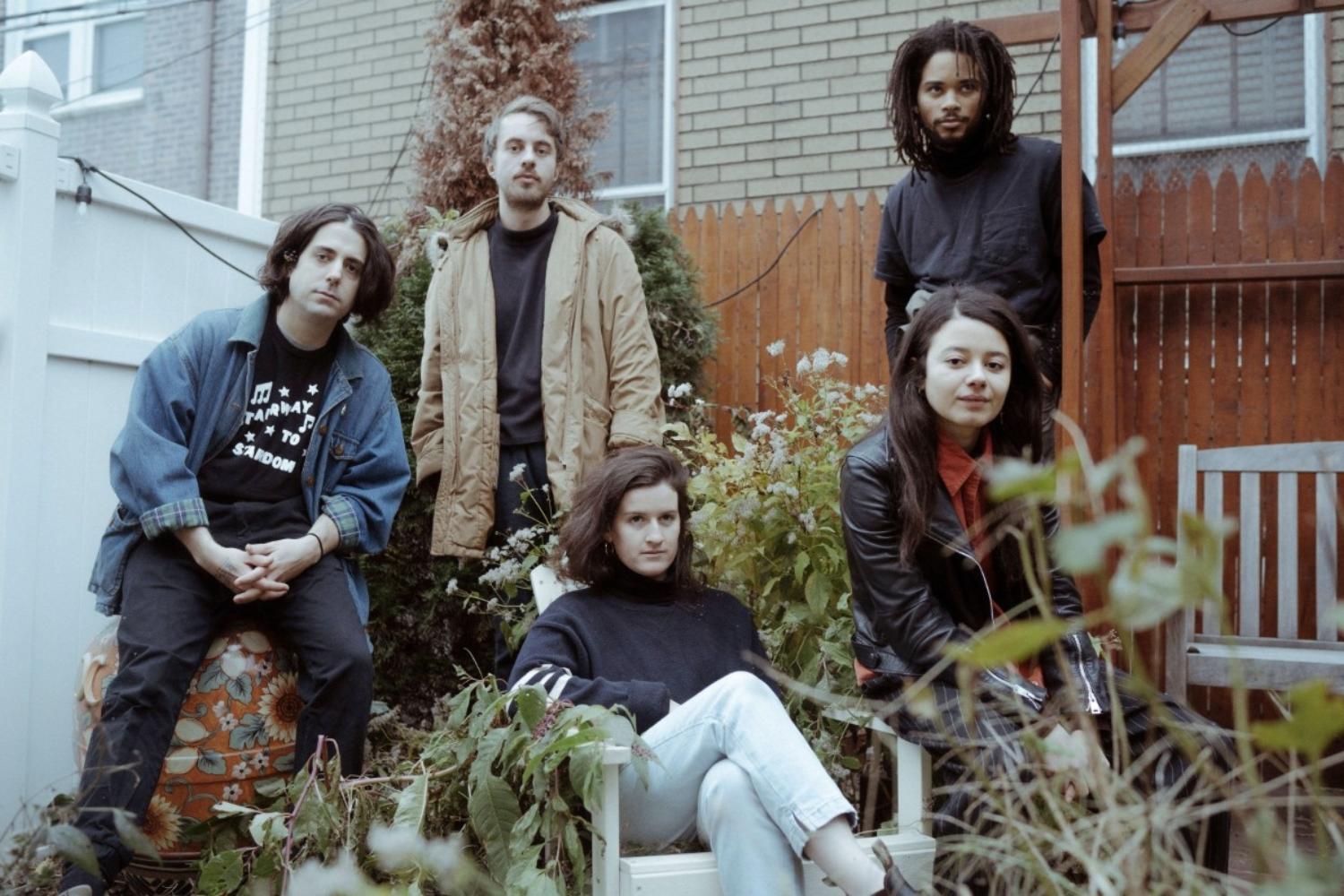 It’s taken from their forthcoming album, ‘Happy To Be Here’.