Over the past year, DIY have been heading sporadically Stateside, bringing some of our favourite bands from these shores and beyond to New York for a series of one-off shows.

At the start of 2018, Dream Wife slayed Elsewhere; later in the year, the mighty IDLES took on Rough Trade New York, while NY’s own The Britanys returned to that venue in the summer. We even brought a whole bill to this year’s New Colossus festival in the city, featuring the likes of Whenyoung, Body Type, Penelope Isles and more.

Now, we’re going one further and teaming up with New York promoters Alt Citizen for a series of new band nights at The Broadway, aimed at showcasing some of the most exciting new talent emerging from the city and beyond.

The first one lands on June 20th and will feature innovative electronic producer Computer Magic, the glammy riffs of The Muckers and emerging Toronto synth fan Nyssa.

Tickets for the show are priced at $12 and are on sale now. Nab them HERE and stay tuned for DIY x Alt Citizen’s next moves. 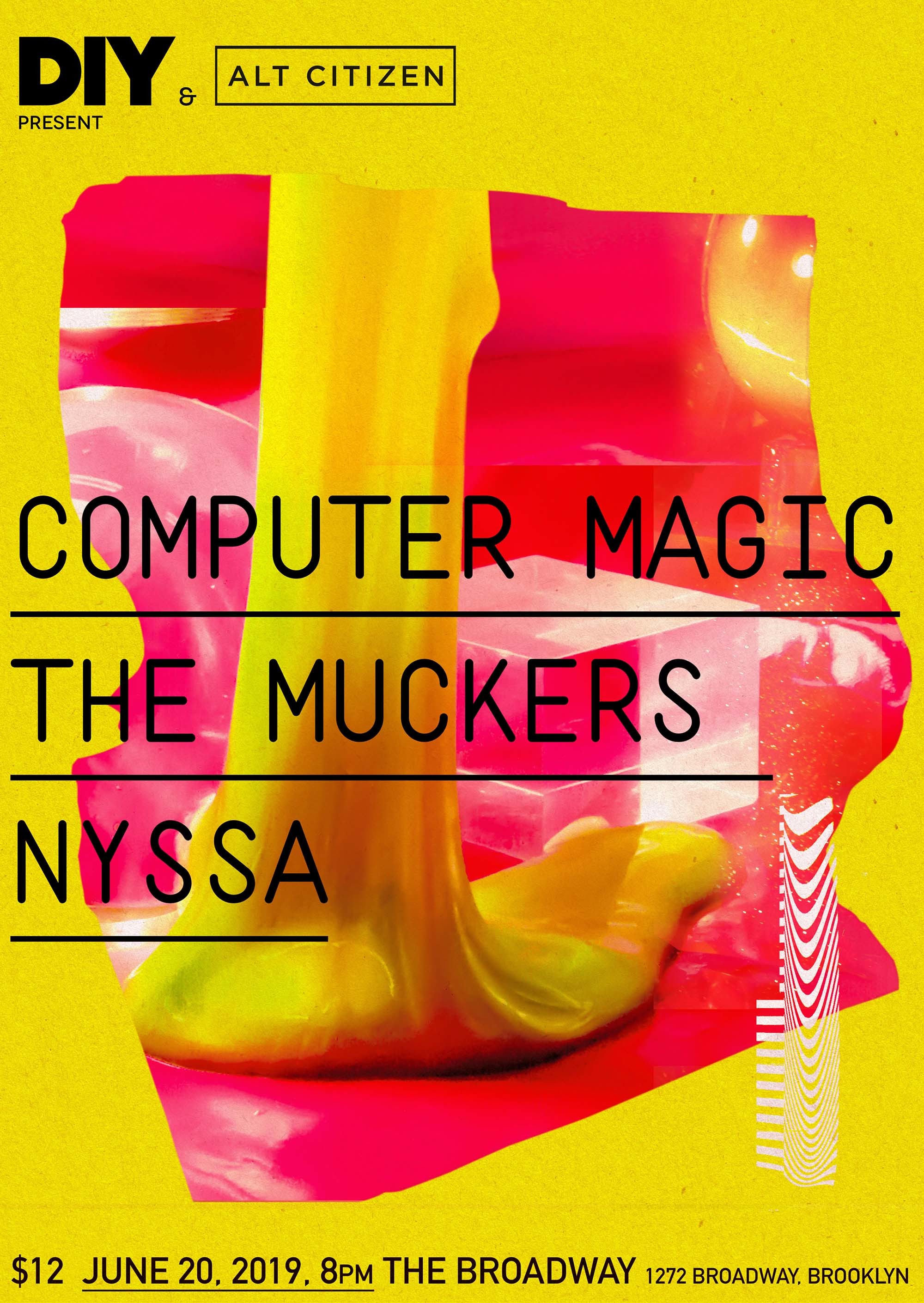