Day Two of Madrid’s massive weekender Mad Cool, and the eclecticism of the line-up is in full force. Whether you want wholesome, fluorescent-clad shiny pop or a towering giant that looks suspiciously like Gru from Despicable Me (hello, Billy Corgan!), there’s something to cater for every whim.

Sharon Van Etten kicks things off on the Main Stage, her dark, atmospheric rock enveloping the crowd like a cocoon in a set that draws predominantly from this year’s ‘Remind Me Tomorrow’. Though the singer dwells on the cerebral end of guitar music’s spectrum, she’s still raw and emotional, a hypnotic presence who proves you can do smart and spirited (and speak very impressive fluent Spanish) at the same time.

Miles Kane, in an orange bucket hat, striding out to Rod Stewart’s ‘Do Ya Think I’m Sexy?’ is quite enough to keep us walking as far away in the opposite direction as possible, where we find Marina (now sans Diamonds) providing an equally singular show. The singer has always commanded an intense fandom – she may not be the biggest star, but the people that love her, LOVE her – and today is no different. The crowd at the Comunidad de Madrid stage aren’t huge but by god they’re passionate. For the casual bystander, however, Marina and her perma-grinning, all-singing, all-dancing backing troupe might be something more of a mind melt. Chirpily choreographed to High School Musical levels, and touting perky, positive numbers like the does-what-it-says-on-the-tin ‘Enjoy Your Life’, the result is sort of like watching the musical department of a Christian summer camp; it’s all so sticky sweet, Marina looking like a woman plucked from the middle of a jewellery box in the centre, that you’re not sure if you’re at a music festival or at a particularly trendy Butlins.

Back over on the Main Stage, and headliners The National are having no such dilemmas. Now having graced the top of festival bills for a good while, Matt Berninger and the gang know exactly what to do to create the kind of fervent devotion that their band spark in many. And, from the opening ‘You Had Your Soul With You’, screens glitching behind them, they create a show that feels intimate and grand at once. Pushing 50-years-old, the singer spends half his time throwing himself into the arms of the front row, descending fully into the crowd and balancing on the barrier; if, for some, The National are the poster boys of a certain type of overly self-congratulatory, Pitchfork indie, then live, they’re a far more visceral prospect. The most amusing moment comes when, spotting an irritating inflatable ball that’s been bouncing round the crowd for the set, Matt beckons for it to be thrown on stage, catches it and rips it in half without expression. Props to you, sir. 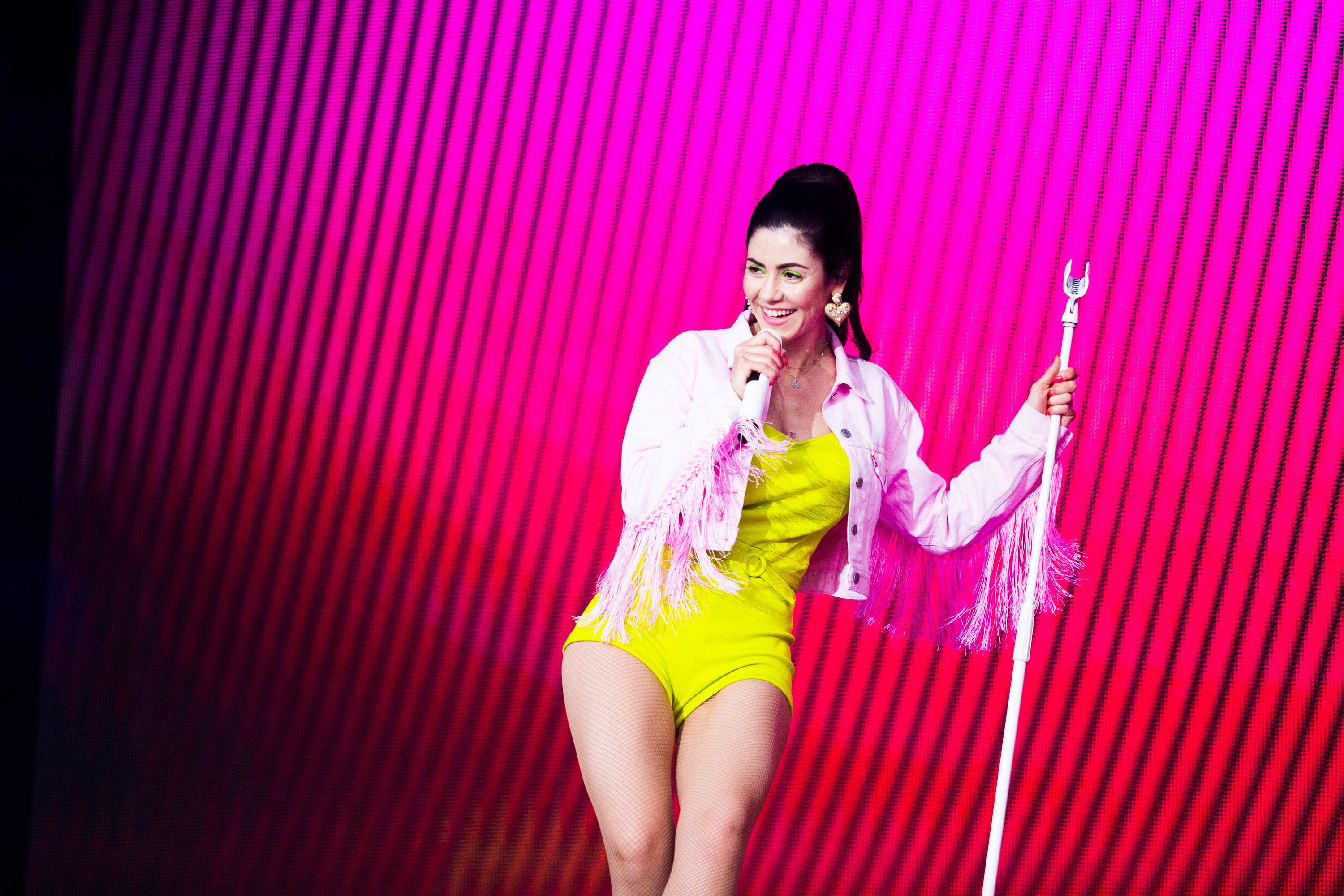 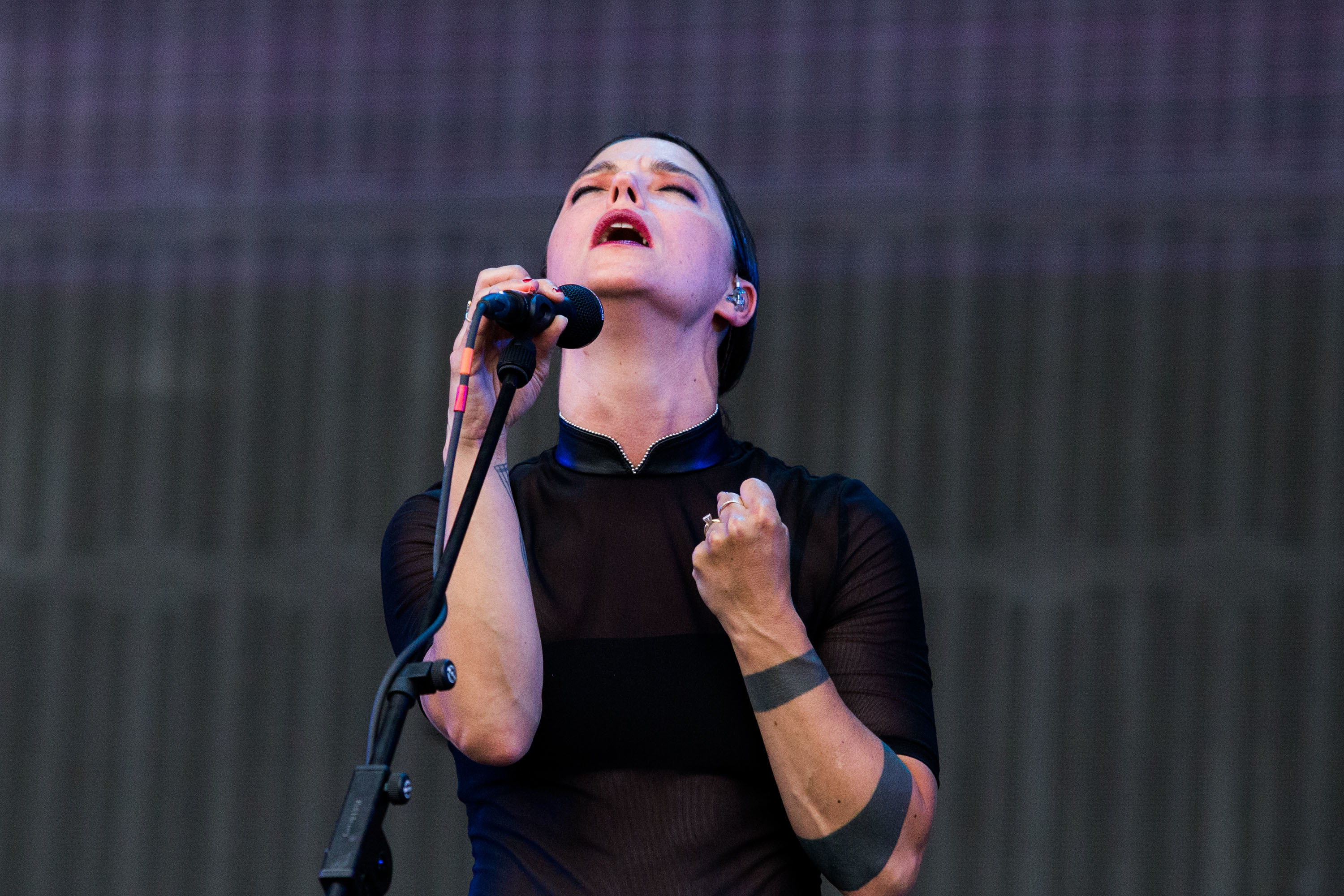 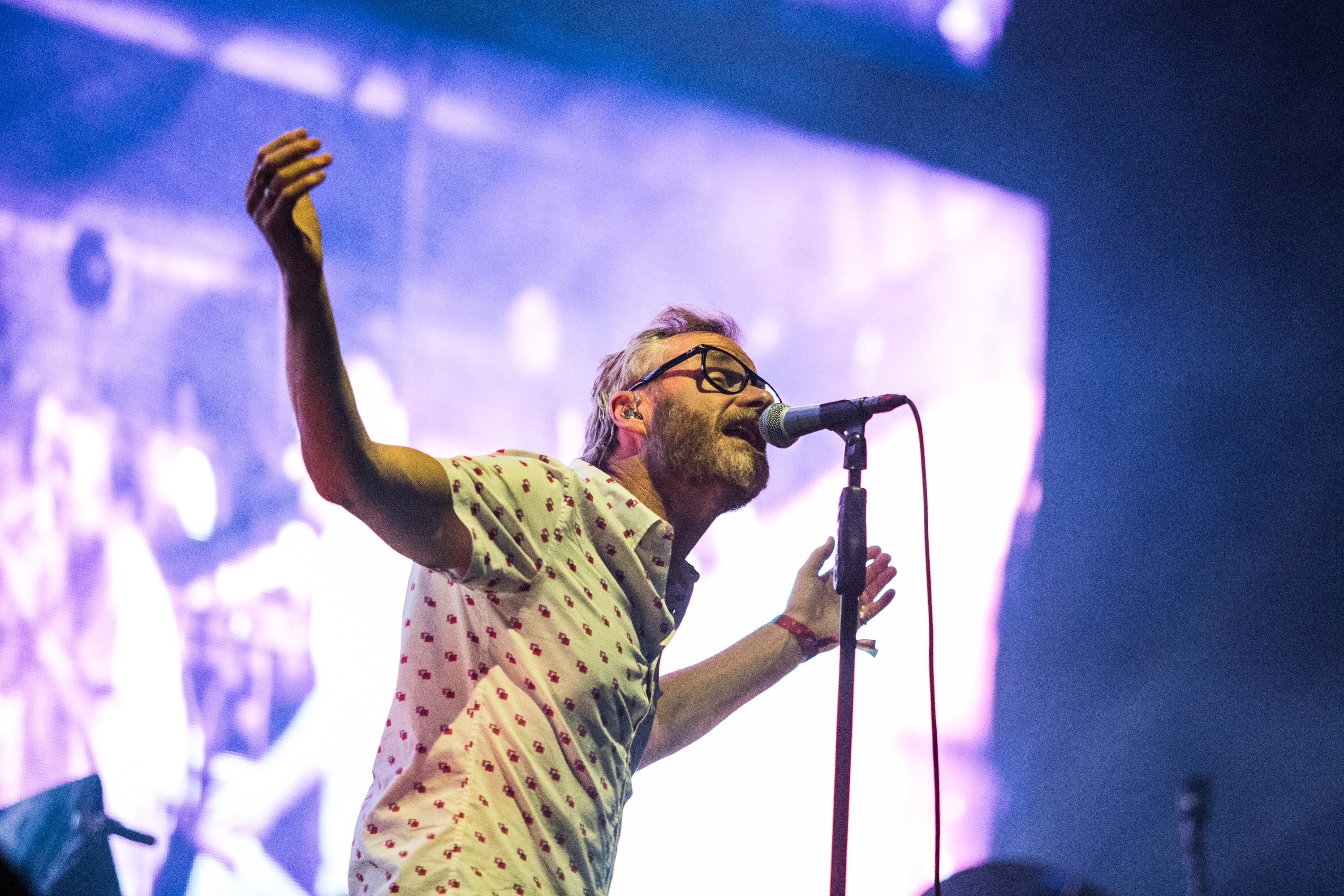 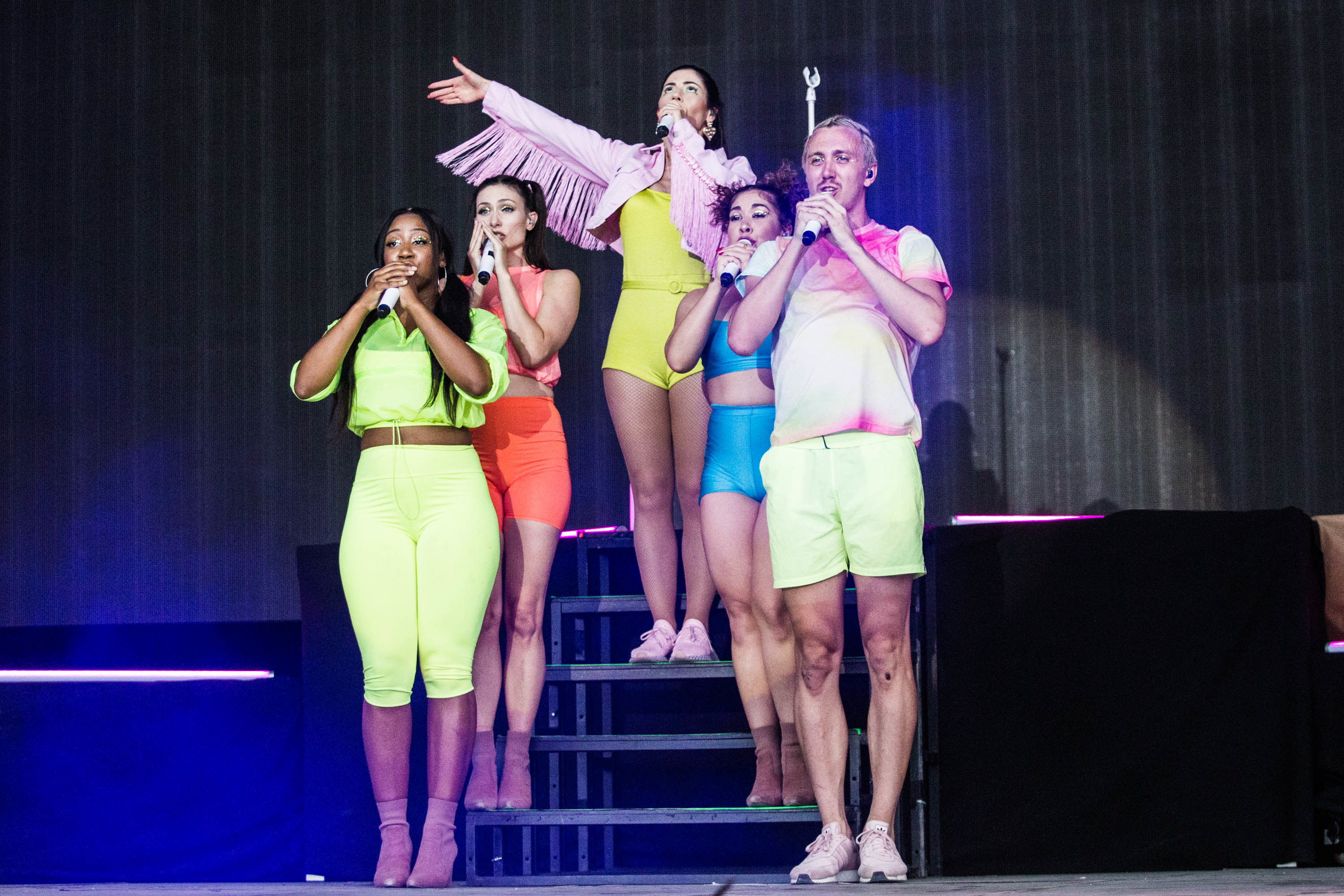 Back over on Comunidad de Madrid and poor old Vince Staples has about 250 people gathered for his midnight set. It doesn't help that the rapper decides to come on 10 minutes early but, never the less, though the numbers are dwindling, the California boy is still a consummate pro. Backed by screens bearing 'The Vince Staples Show' that flick between clips of The Office, Seinfeld and more, there's something equally playful about the man himself. Delivering one song sat on the monitor, like a personal speech to the small assembly, and regularly checking in with the crowd, he bounces around the stage, throwing out the likes of 'Norf Norf' and 'Big Fish' as though there could equally be 300 or 3,000 people there. Next time, let's hope it's the latter.

Heading back towards the second stage's late night headliners, it's obvious why Vince has been done over: everyone at the entire festival is gathered at the altar of The Smashing Pumpkins. It's a gloriously theatrical one too: three enormous, nightmarish inflatable clown figures tower at the back of the stage, while in front of them Billy Corgan, in floor-length black robes, is only marginally less terrifying. It's a comprehensive run through of their not-inconsiderable back catalogue that we get tonight and, though there are lulls, it's still the kind of show that only music's giants can pull off: utterly confident and inimitably themselves. 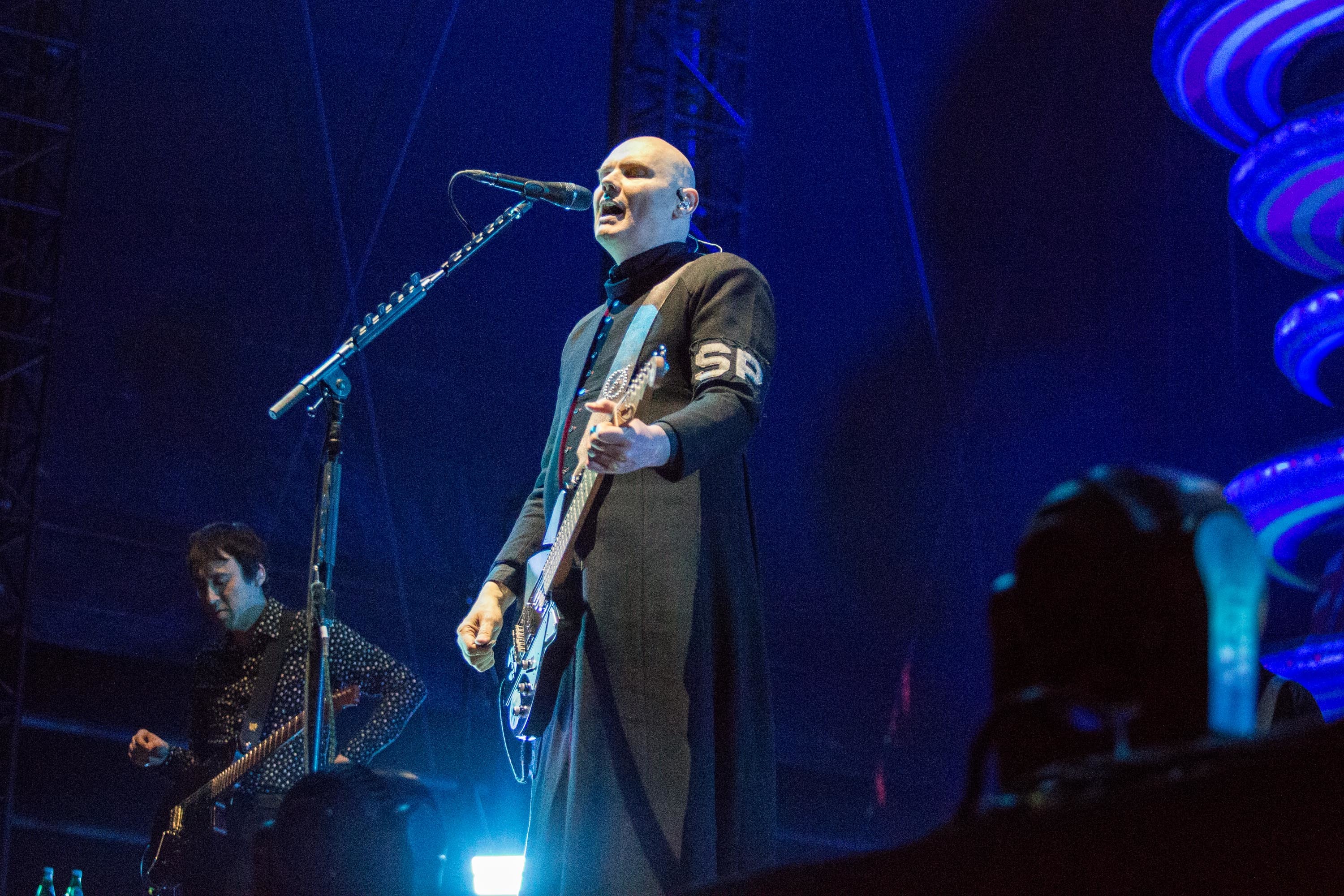 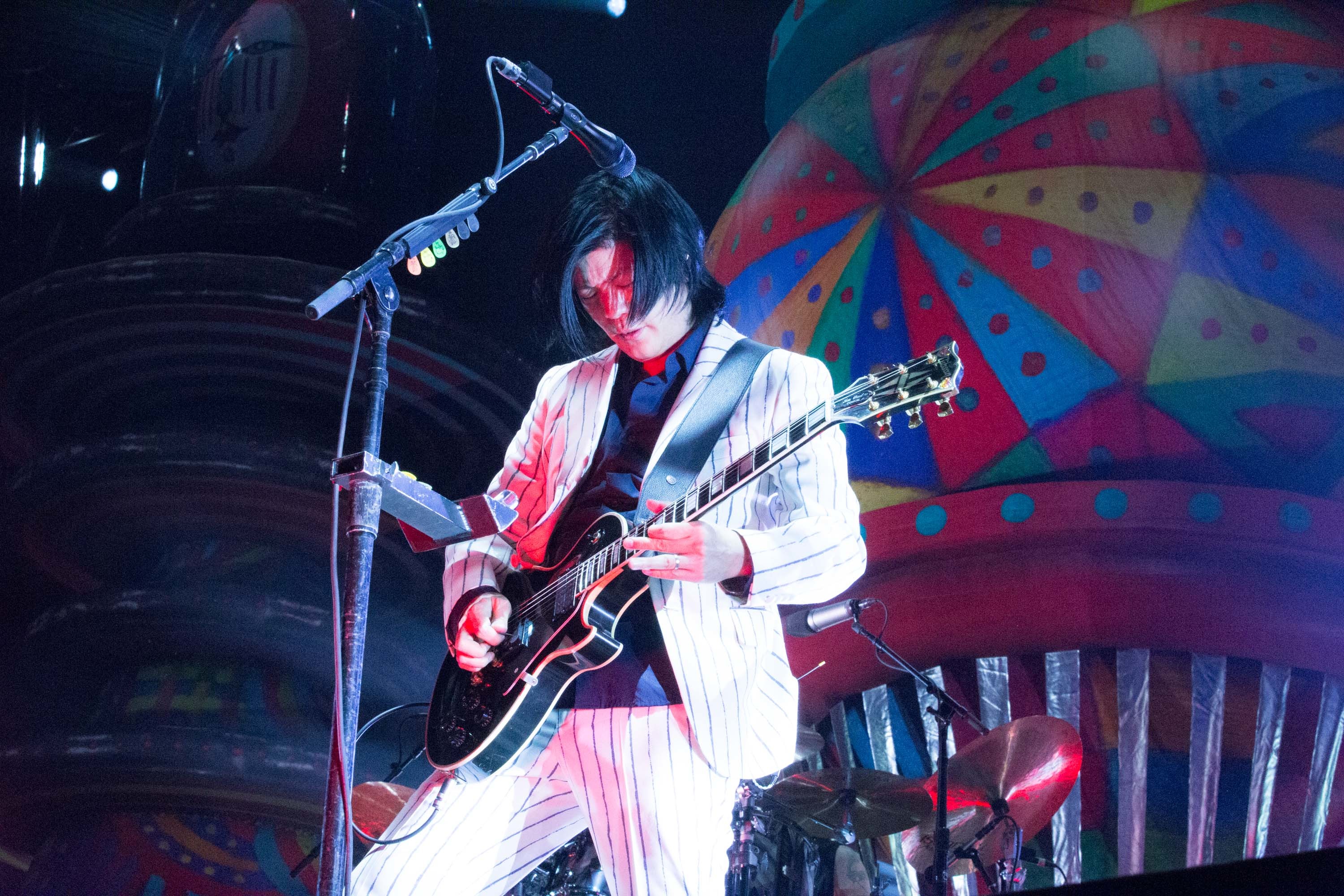 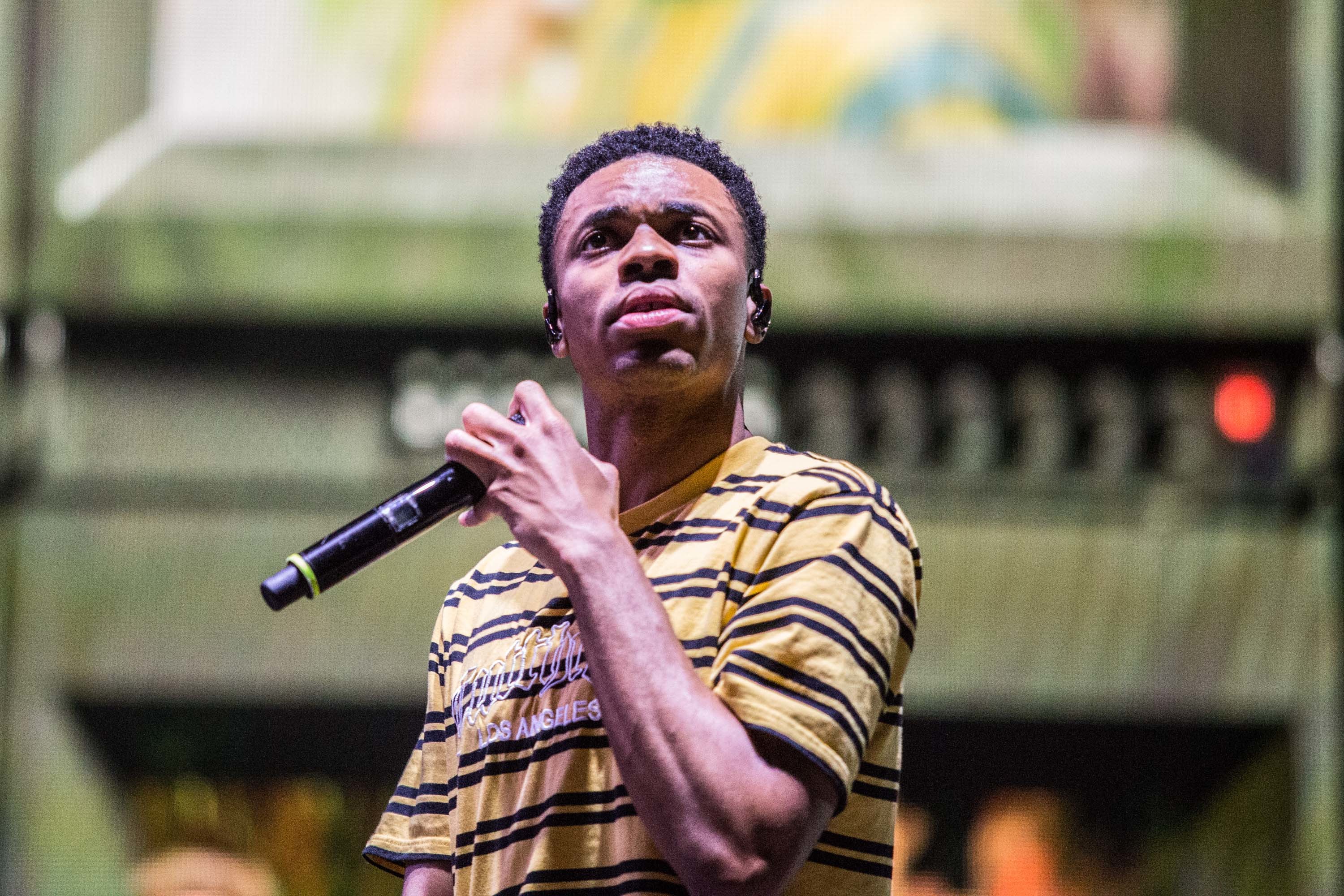