One thing is clear on ‘Guy Walks Into A Bar…’: Mini Mansions really, really like trying to get laid. Which is ironic, really, as there’s more sex in Alison Mosshart’s guest spot on ‘Hey Lover’ than in the trio’s combined attempt at sleaze across the rest of the record’s eleven tracks. Other things, though? Not quite so obvious. ‘Bad Things (That Make You Feel Good)’ sounds like a sped-up take on wholesome pop king Bleachers, while opener ‘Should Be Dancing’ features a half-arsed attempt at pal Alex Turner’s croon. “I wonder how you touch yourself when you’re alone,” squeaks ‘Don’t Even Know You’. It sounds like an MGMT album track. ‘I’m In Love’, meanwhile, is jingle-worthy in its cheesiness: “[love is] sweeter than what you might blow up your nose,” we’re told. Like its title’s close proximity to a well-worn comic trope, a little more humour on Mini Mansions’ third, and they might’ve been able to pull it off. 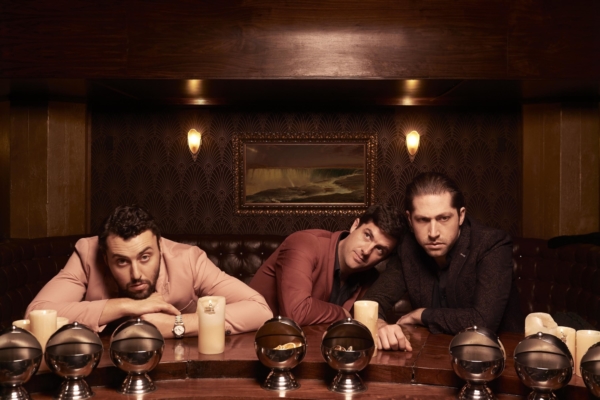 Ever wanted to see Michael Shuman’s face super-imposed on a bikini model? No? Well here it is anyway

The track gets taken from their forthcoming new album ‘Guy Walks Into A Bar…’. 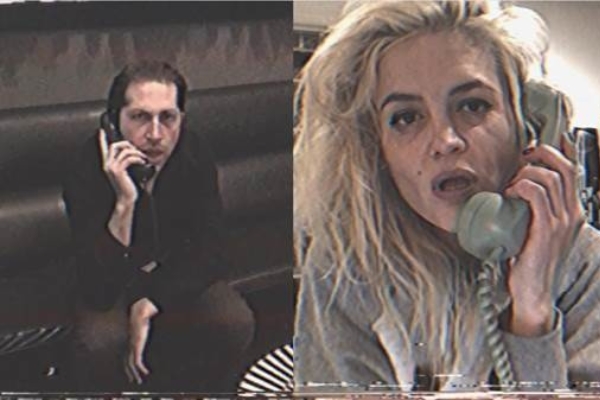