Just in case you’ve been living under a rock and don’t know this, The 1975 are gearing up to release their new track tonight. It’ll be the second song from forthcoming album ‘Notes On A Conditional Form’ and follows last month’s self-titled track featuring Greta Thunberg, so allow us to do a dive into all we know about the new song so far.

It’s called ‘People’ (duh) and according to Google it’ll be 2 minutes and 40 seconds long. Although we have no idea what it’ll sound like yet (more ideas on that in a sec), we’ve seen a few of the lyrics thanks to Matty’s Instagram and eagle-eyed viewers catching the hidden messages within the countdown clips that the band have been sharing.

Someone whipped the below pic up earlier of what they’ve spied from the lyrics revealed so far. A few of them have already popped up on Matty’s insta - including Big Mood “I don’t like going outside so bring me everything here” - so we have a feeling it’s pretty legit. They’ve also re-shared imagery with the “Wake Up!” call to action, so perhaps this will make an appearance.

TBH, we’re just hoping we get to see the 75 sing “Republic’s a banana” IRL… 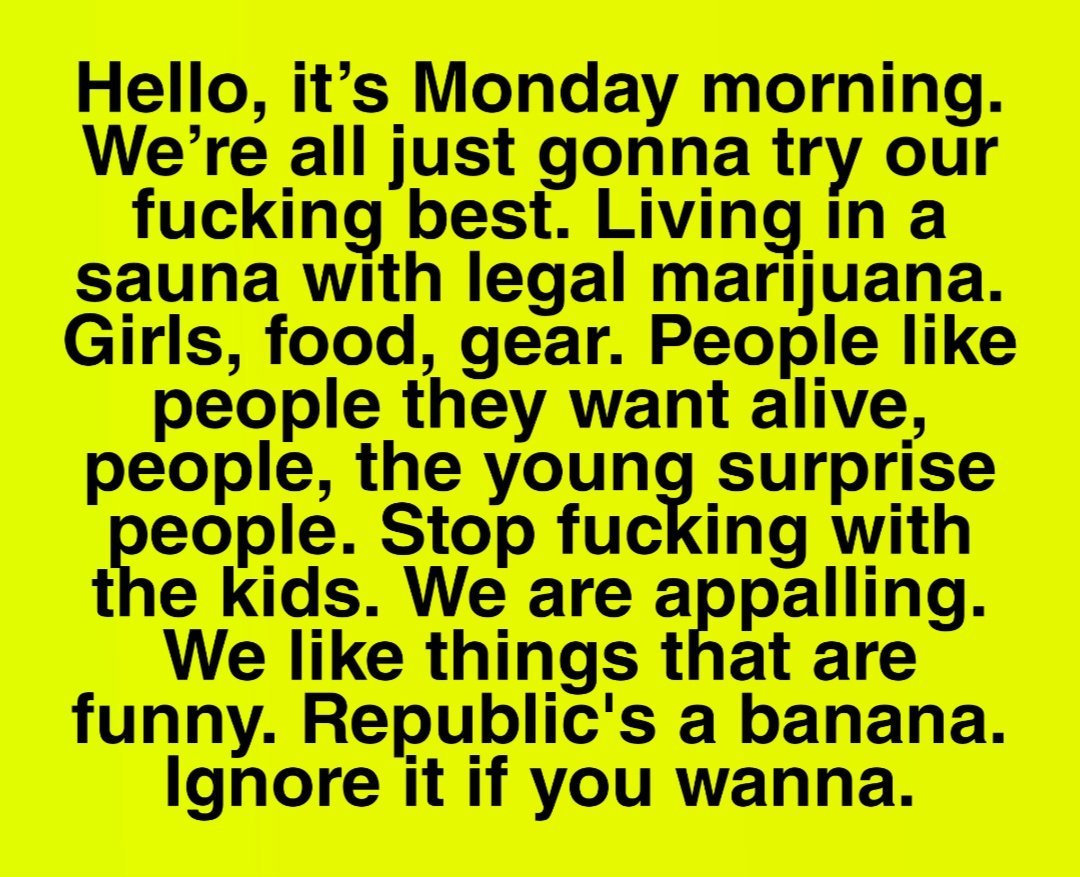 Back on what it's gonna sound like, we're inclined to agree with Reddit user RogerEast who said "You don’t open with a five minute spoken word piece and conclude it with ‘it’s time to rebel’ with anything other than an absolute banger to follow up". So true.

Also, they've just uploaded the thumbnail for the video (which will be dropping tonight at 7:30pm too) and, let's just say, it doesn't exactly look like it's gonna be a ballad... 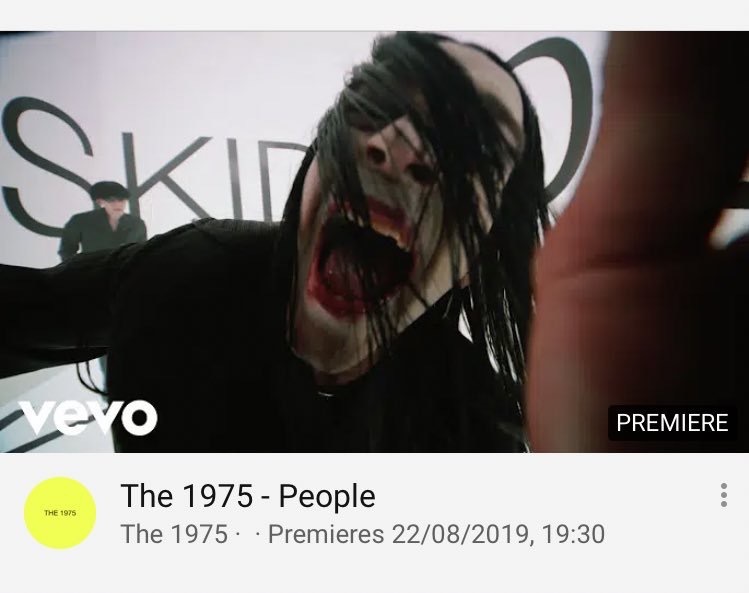 Guess we'll have to wait until 7:30pm (UK time) to find out! Check back in with us then!

The 1975 have been shortlisted for the 2019 Hyundai Mercury Prize. For more information on this year’s Prize, head to mercuryprize.hyundai.co.uk.

The latest taste of ‘Notes On A Conditional Form’ arrives with unabashed pop-rock flair.

‘Notes On A Conditional Form’ officially being delayed

Our next glimpse into ‘Notes On A Conditional Form’ will arrive on 16th January.