Happy indie Christmas, pals! It’s the most wonderful time of the year. That is, if your ideal festive hangout is a 30 degrees day in August and everyone is in 1975 t-shirts. That’s right, Reading Festival is here, with a scorching weather forecast and equally hot line-up.

Kicking the Friday festivities off is the fluorescent blue-haired No Rome on the Festival Republic stage. Playing to a packed out tent of teens who seem to know every single synth chord, the Filipino Dirty Hit signee blasts through hits from last year’s ‘RIP Indo Hisashi’ EP. Starting off with ‘Do It Again’, before ‘Cashmoney’ and ‘Five Ways To Bleach Your Hair’ really get the crowd going, it all may work towards a similar formula, but that doesn’t make the tunes any less catchy. Finishing on biggest song ‘Narcissist’, it remains his finest achievement, and also gives a cheeky nod to that bloke who’ll be dazzling the Main Stage as tonight’s headliner.

Next up is Charli XCX with a surprisingly early set on the Main Stage. Bringing the party none the less, she pumps up the crowd with a set consisting of huge bangers and tracks from her upcoming self-titled album. ‘Blame It On Your Love’, ‘Cross You Out’ and ‘Gone’ don’t pack as much of a punch as her older stuff, but the latter does get a hilarious reaction shot of a woman mid-gasp as Charli shakes her arse during the dance break. It’s her older and more commercially successful stuff that really gets the crowd going, with people rapping every word to ‘Fancy’, singing every word of ‘Boys’, and even a mosh pit forming during last track ‘Boom Clap’. The rock purists may moan about pop taking over Reading, but Charli is every bit a rockstar. 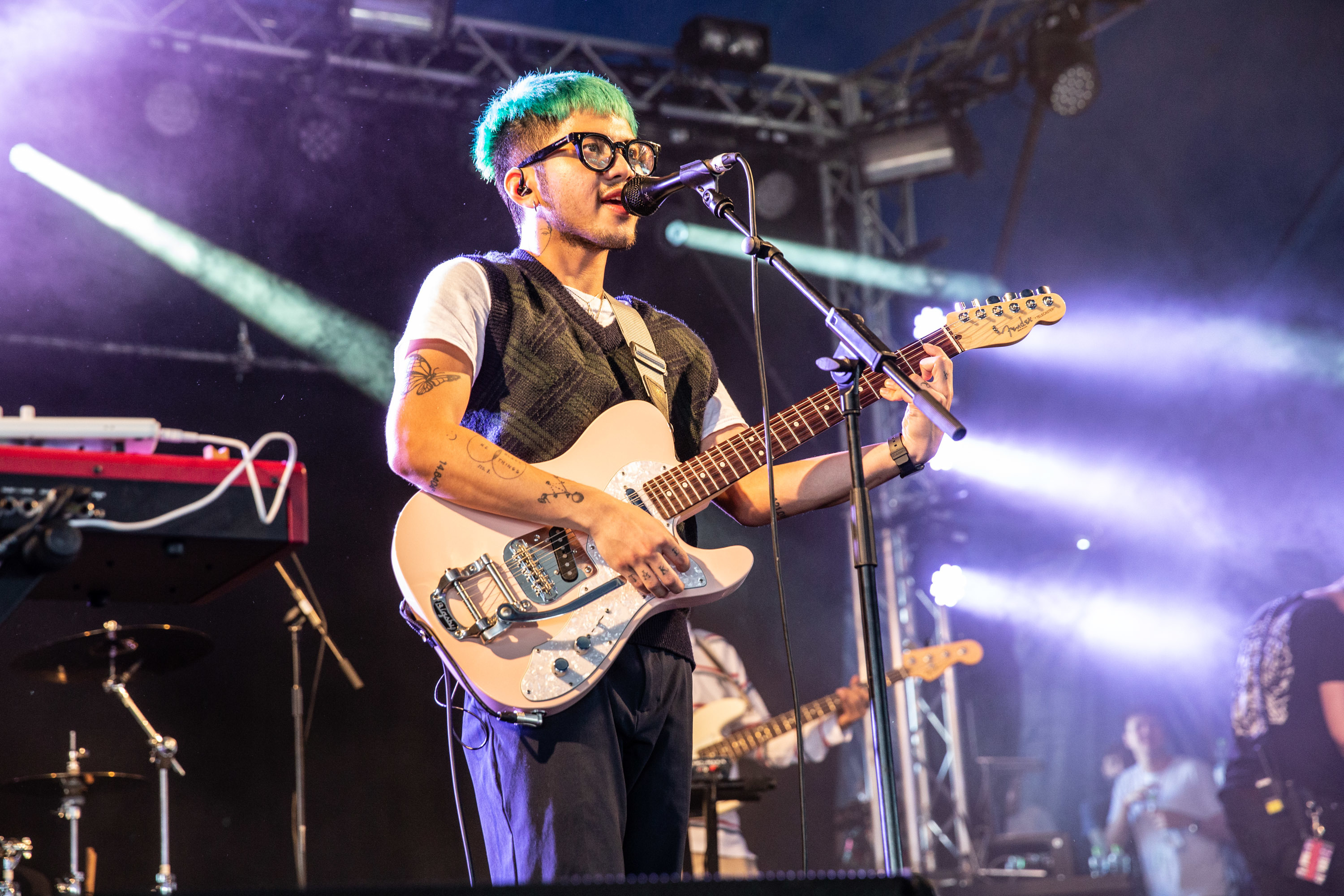 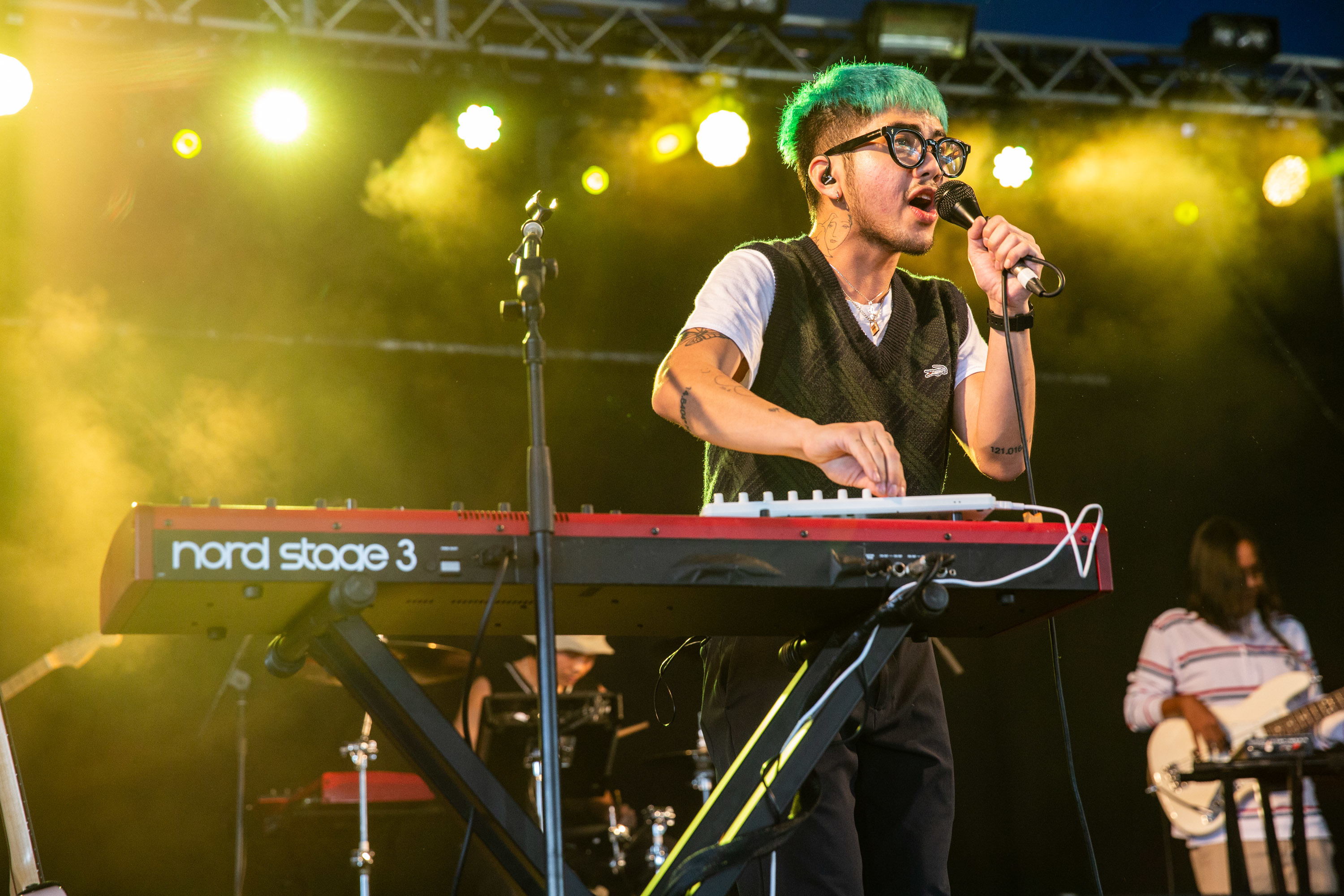 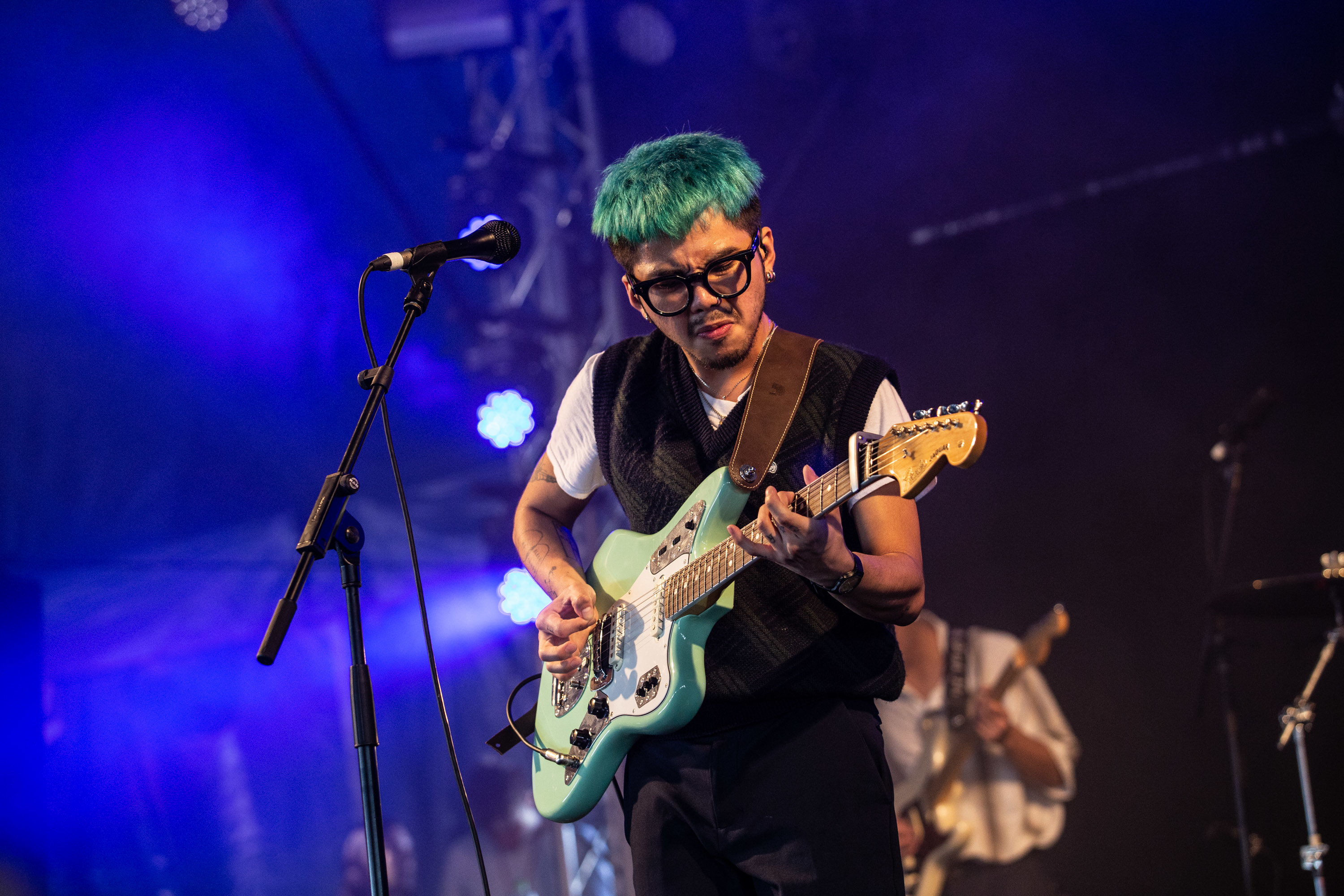 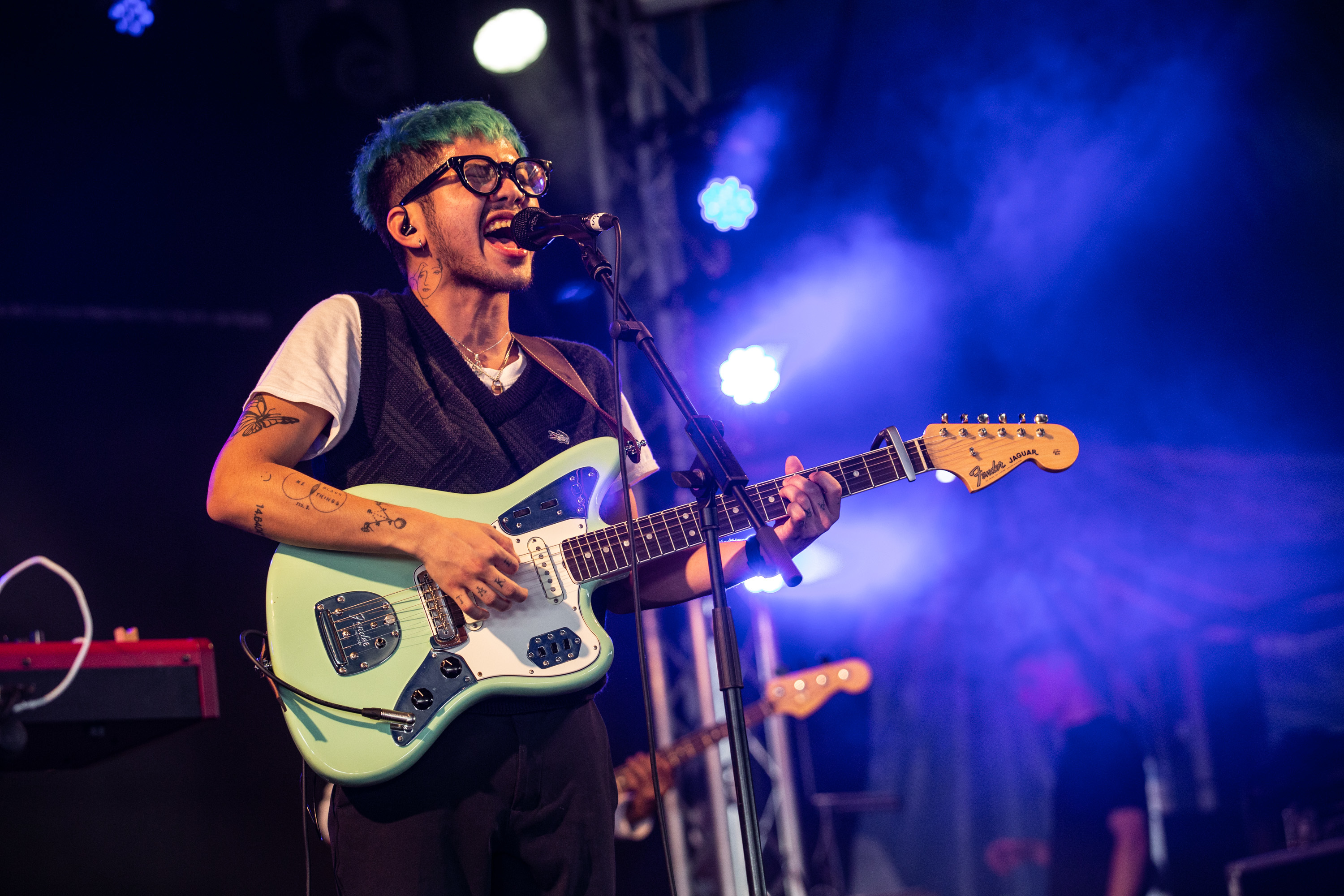 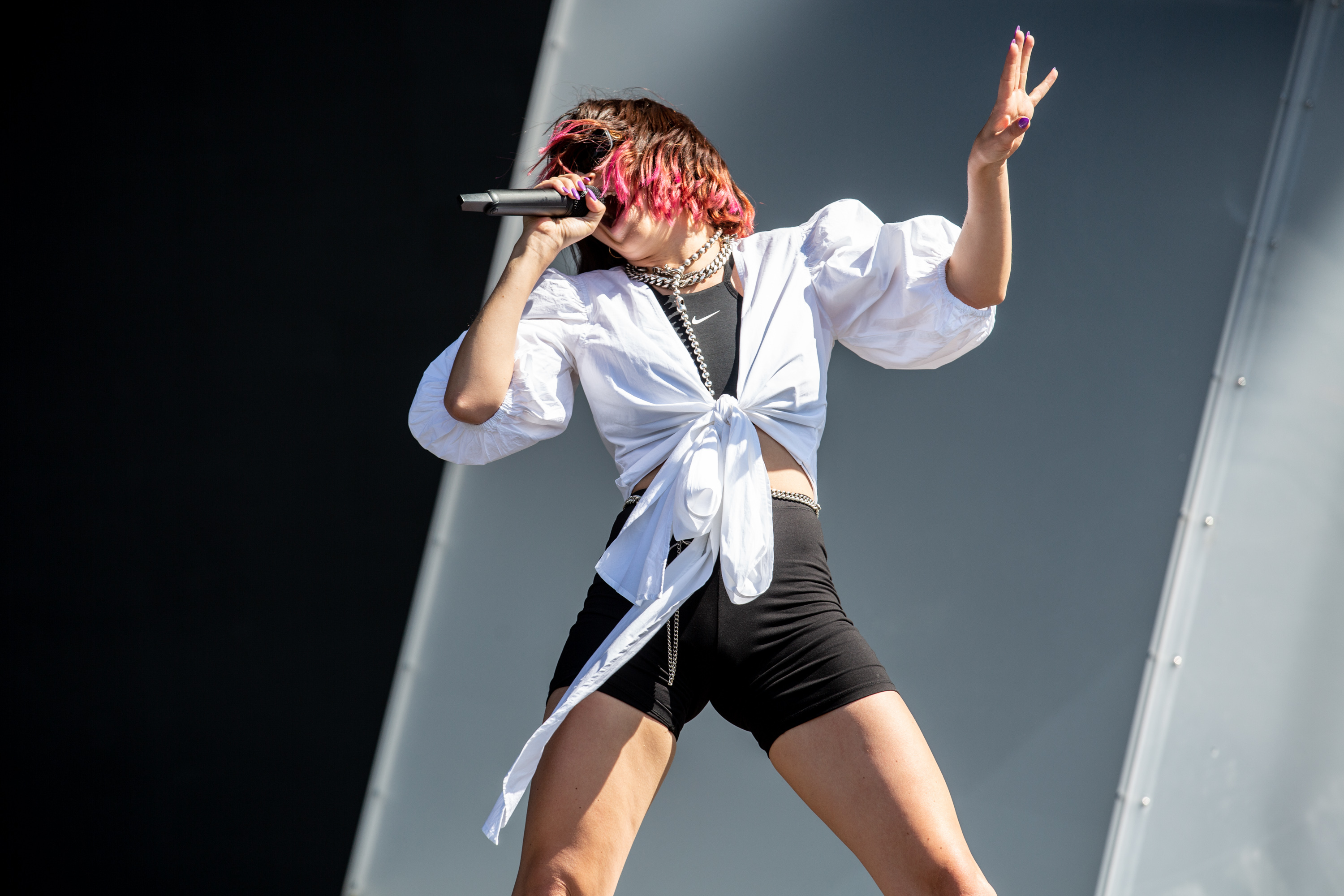 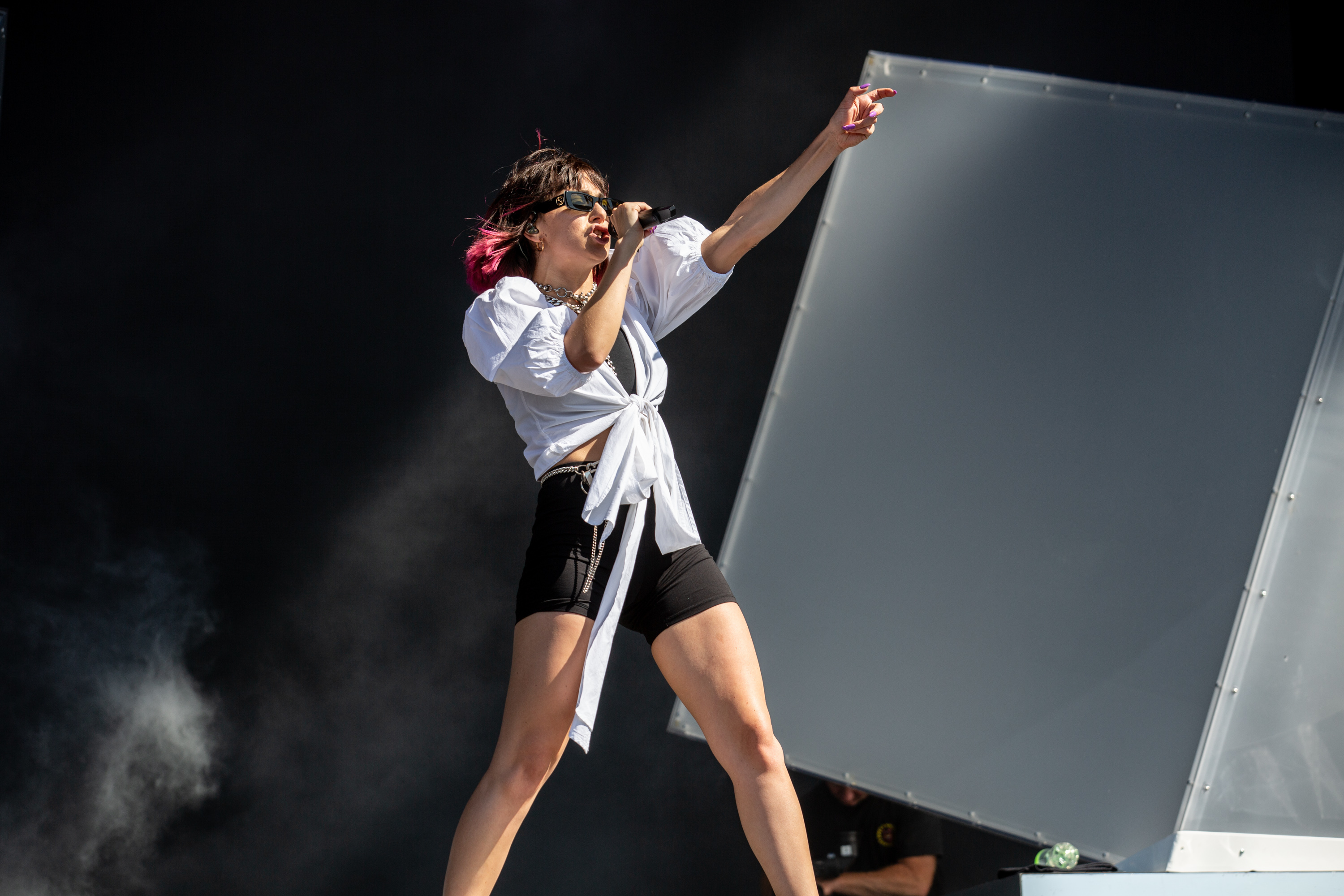 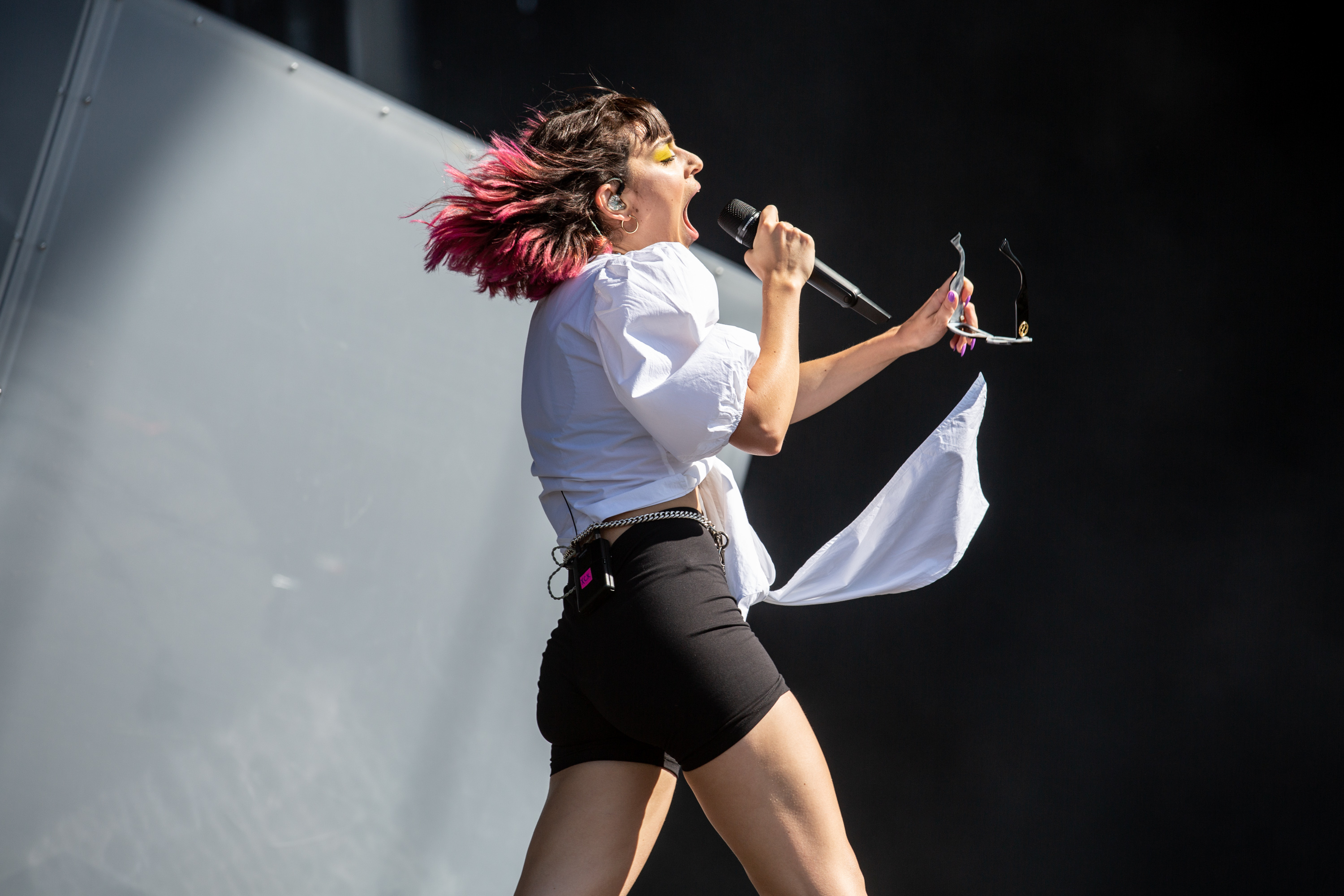 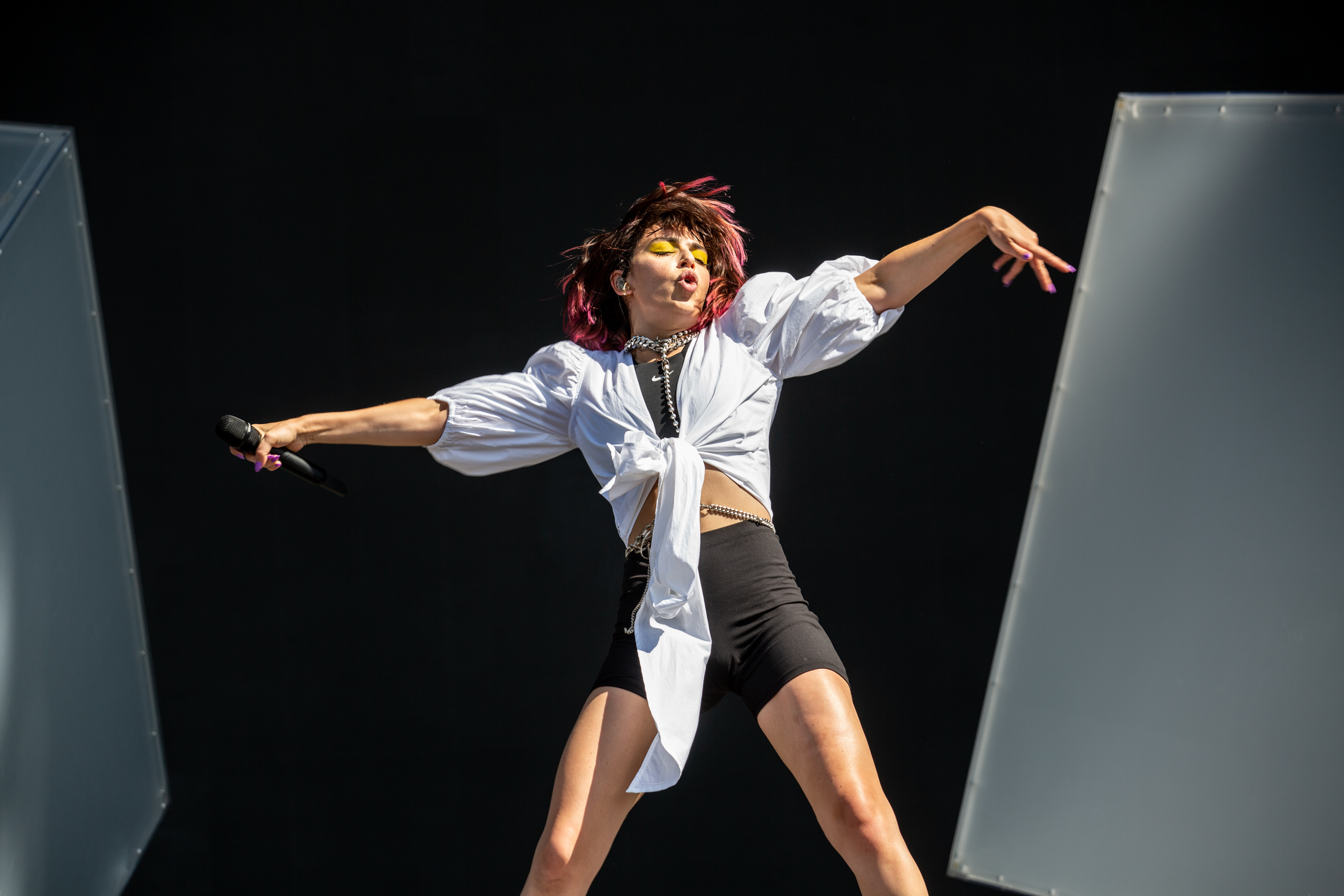 Clairo’s up next on the BBC Radio 1 stage. It’s a difficult set when half the entirety of Reading have gone to see Juice Wrld - the US rapper whose song ‘Lucid Dreams’ once dominated the charts - despite the fact that he actually cancels his performance moments before he’s due on because of “flight issues”. Sigh. The bedroom-pop artist tries her best to wow the huge tent nevertheless, pulling in an impressive crowd, however when The 1975 have just released ‘People’ and are set to headline and pretty much everyone is already a few beers deep, it lacks the excitement factor that everyone is craving.

When Pale Waves take the stage, however, they deliver that and then some. Blitzing through a load of emo pop-bops from their 2018 debut ‘My Mind Makes Noises’, their growth as a band over the last few years is the most prevalent thing. Going from shy goths on stage to Heather ripping her jacket open and getting into the crowd, their confidence has grown momentously since last year. Ripping through ‘Eighteen’, ‘The Tide’, ‘Television Romance’ and ‘My Obsession’, the crowd lap up every second. By the time they finish with ‘There’s A Honey’, there’s not one person in the packed Radio One tent not loving every second. 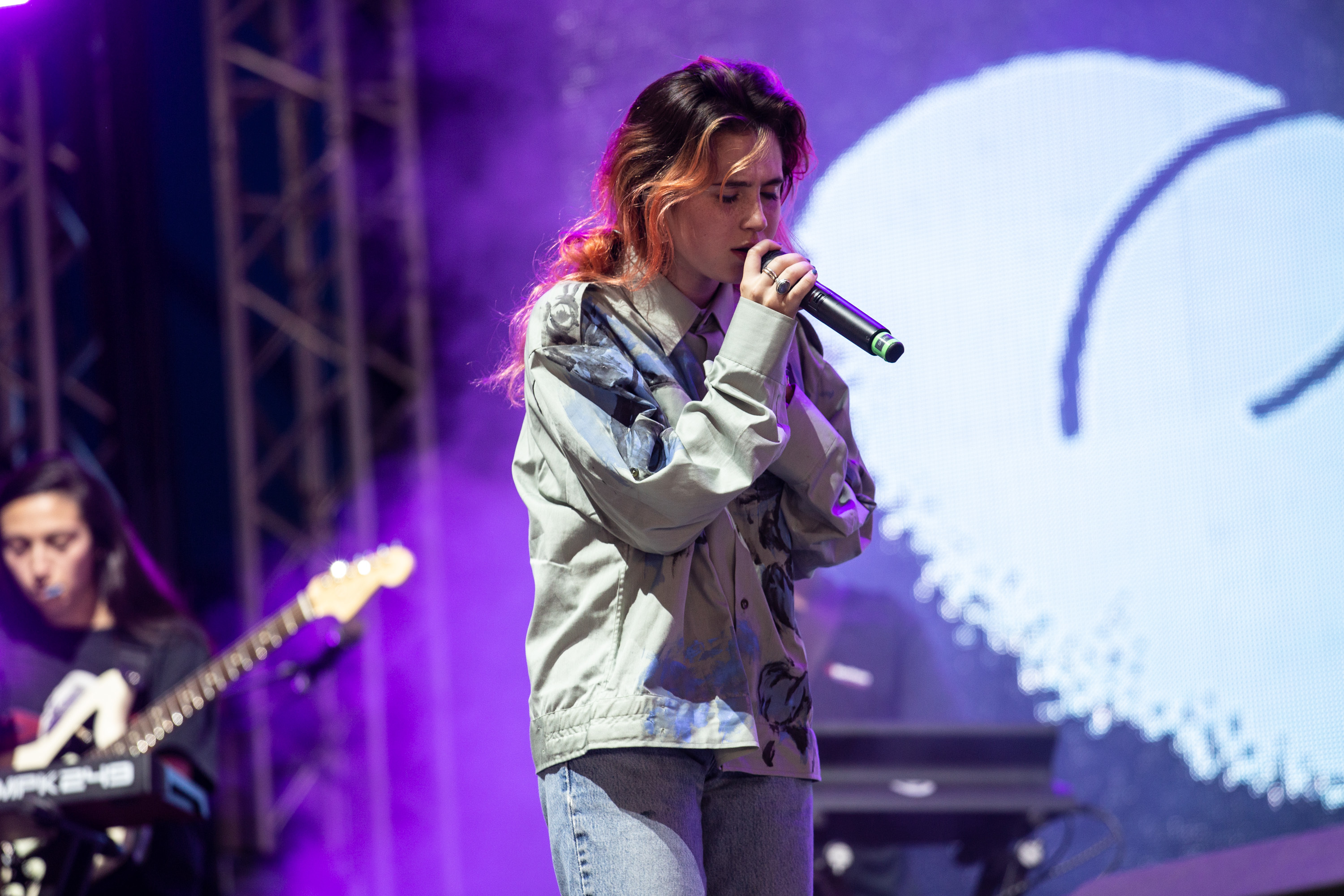 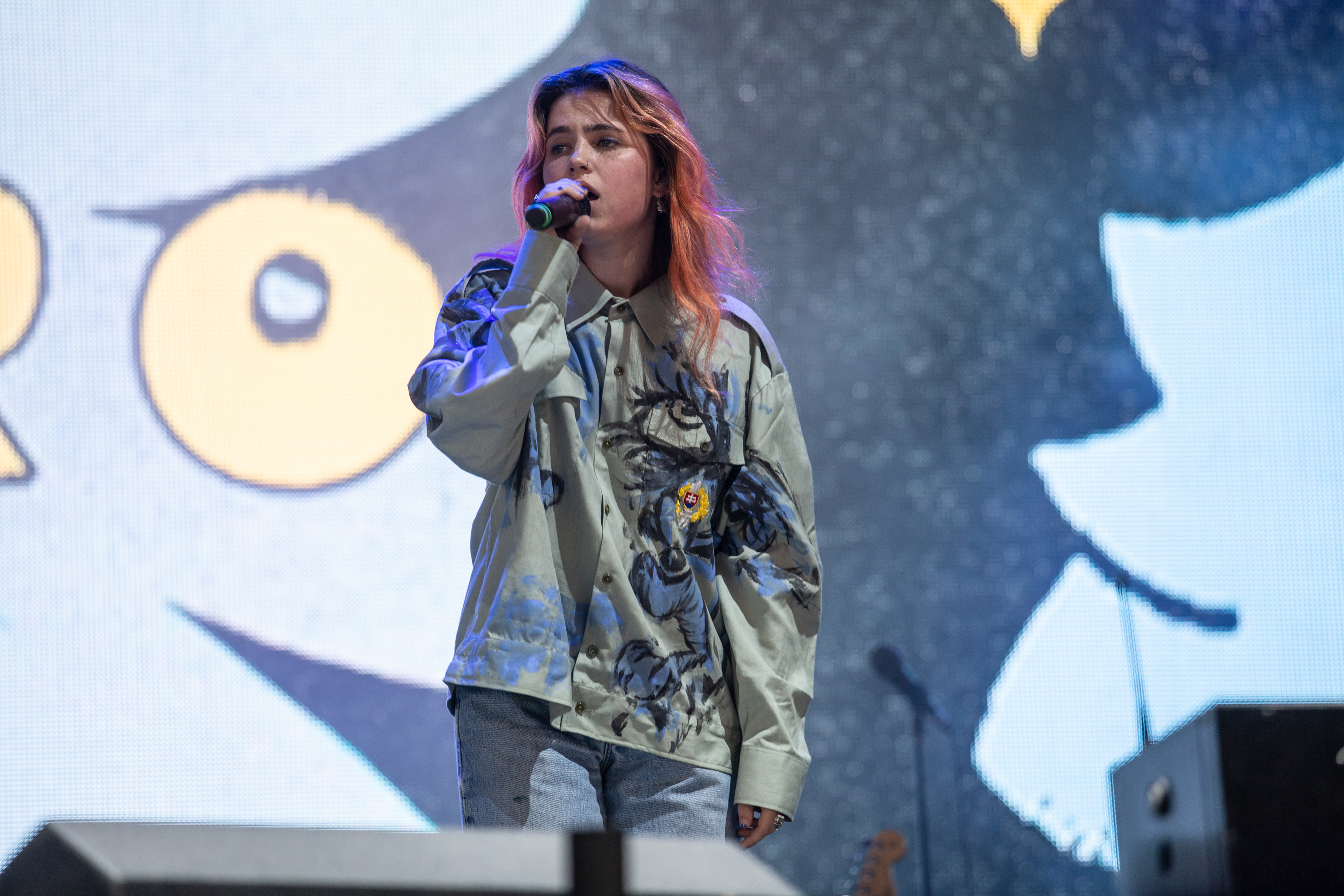 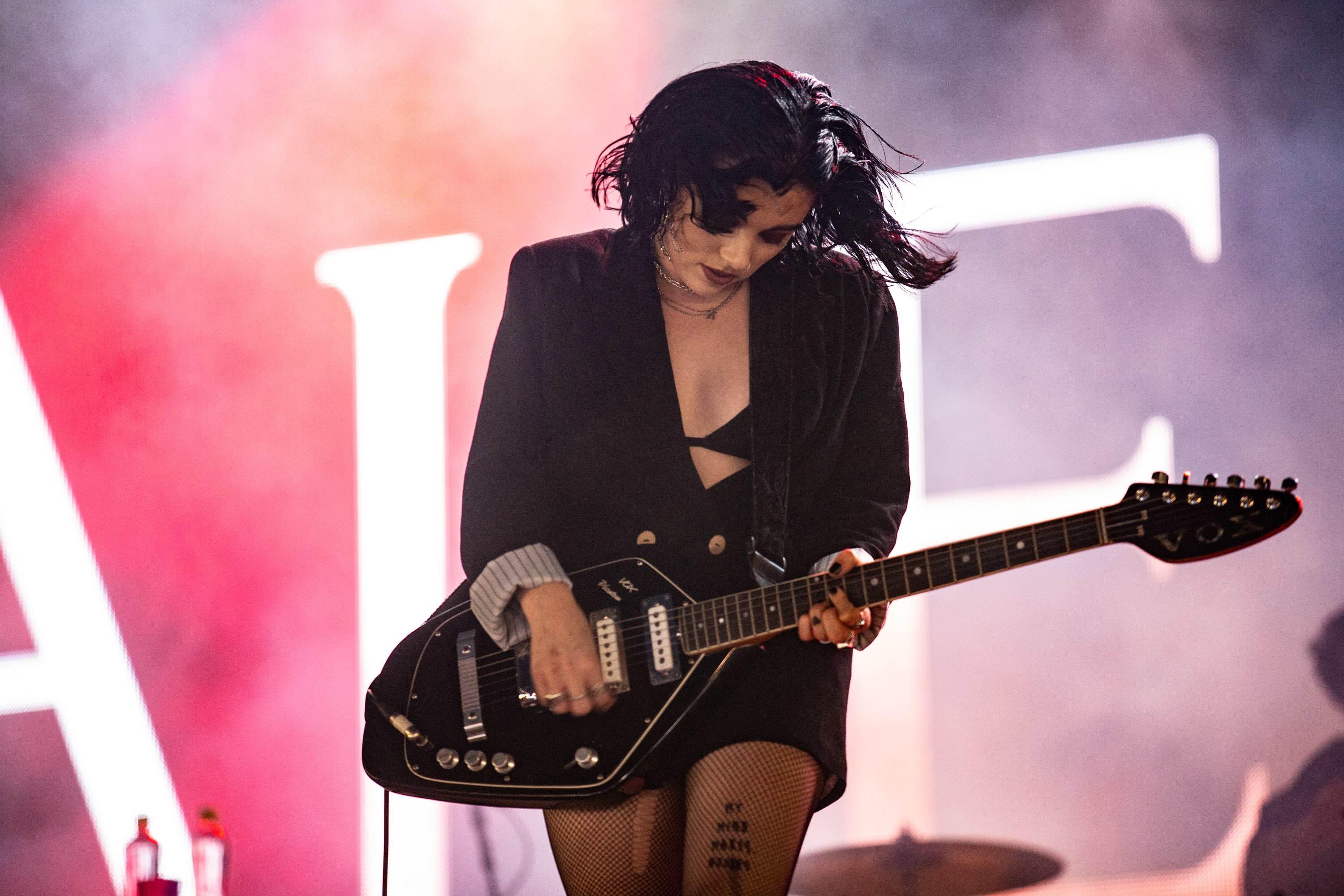 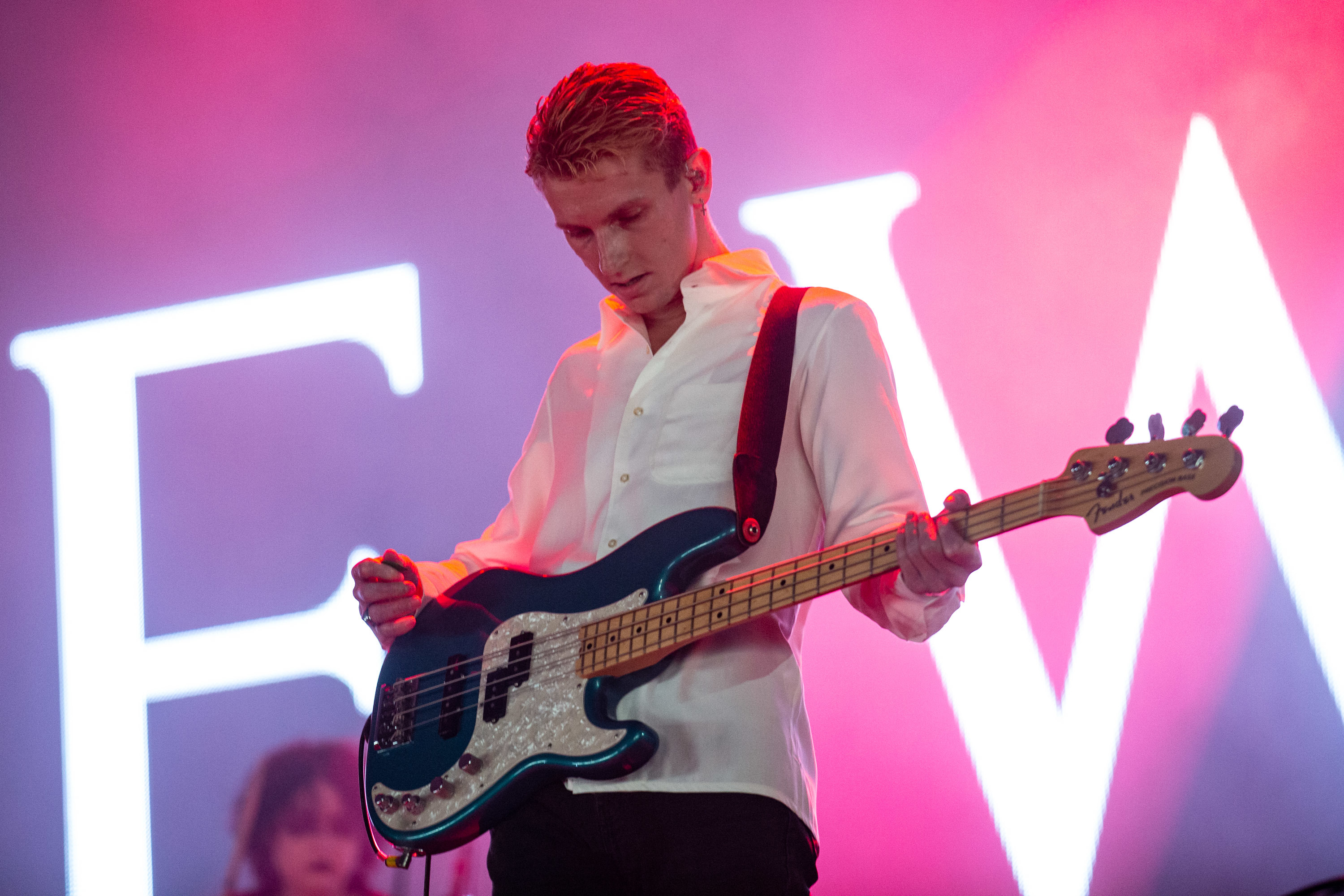 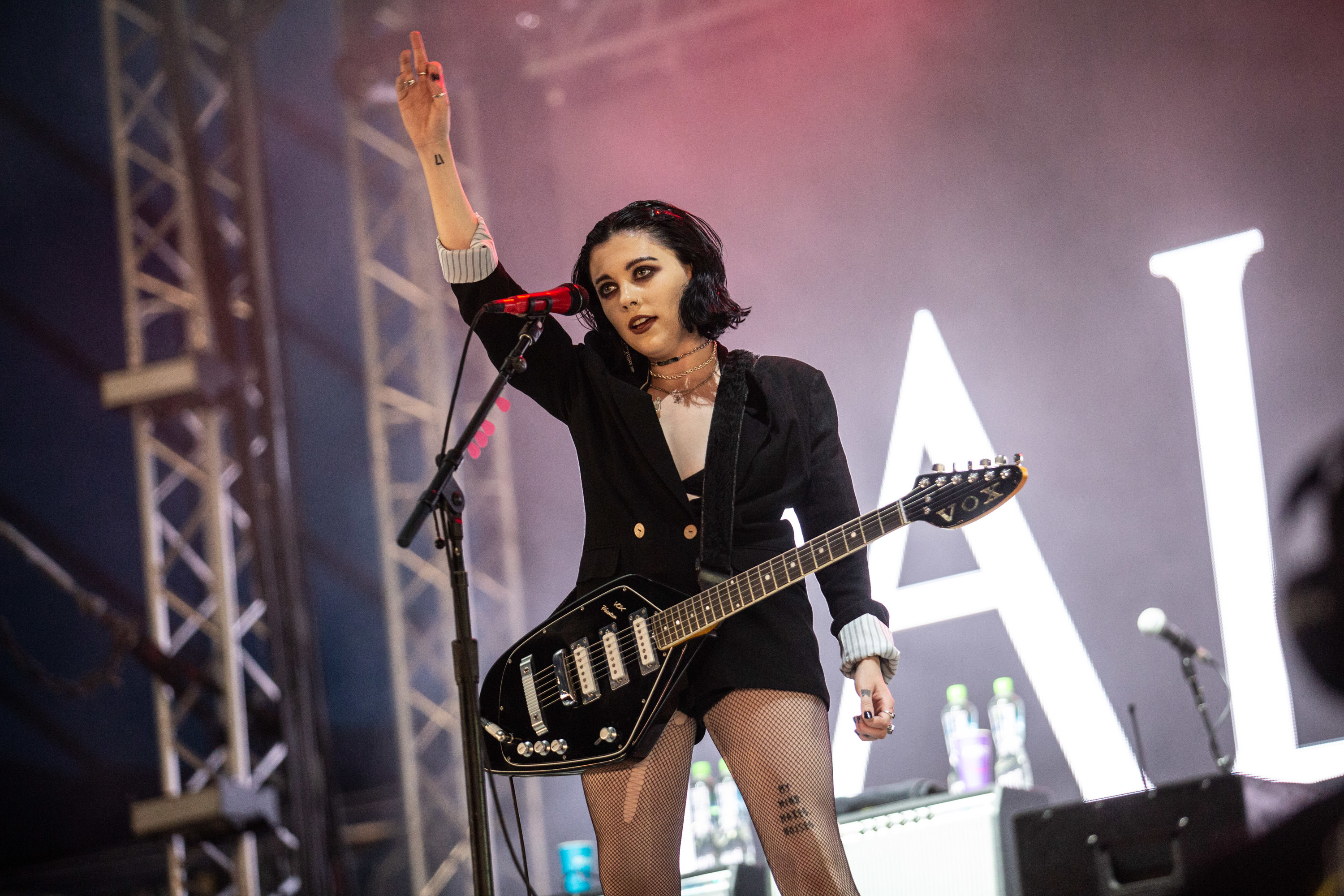 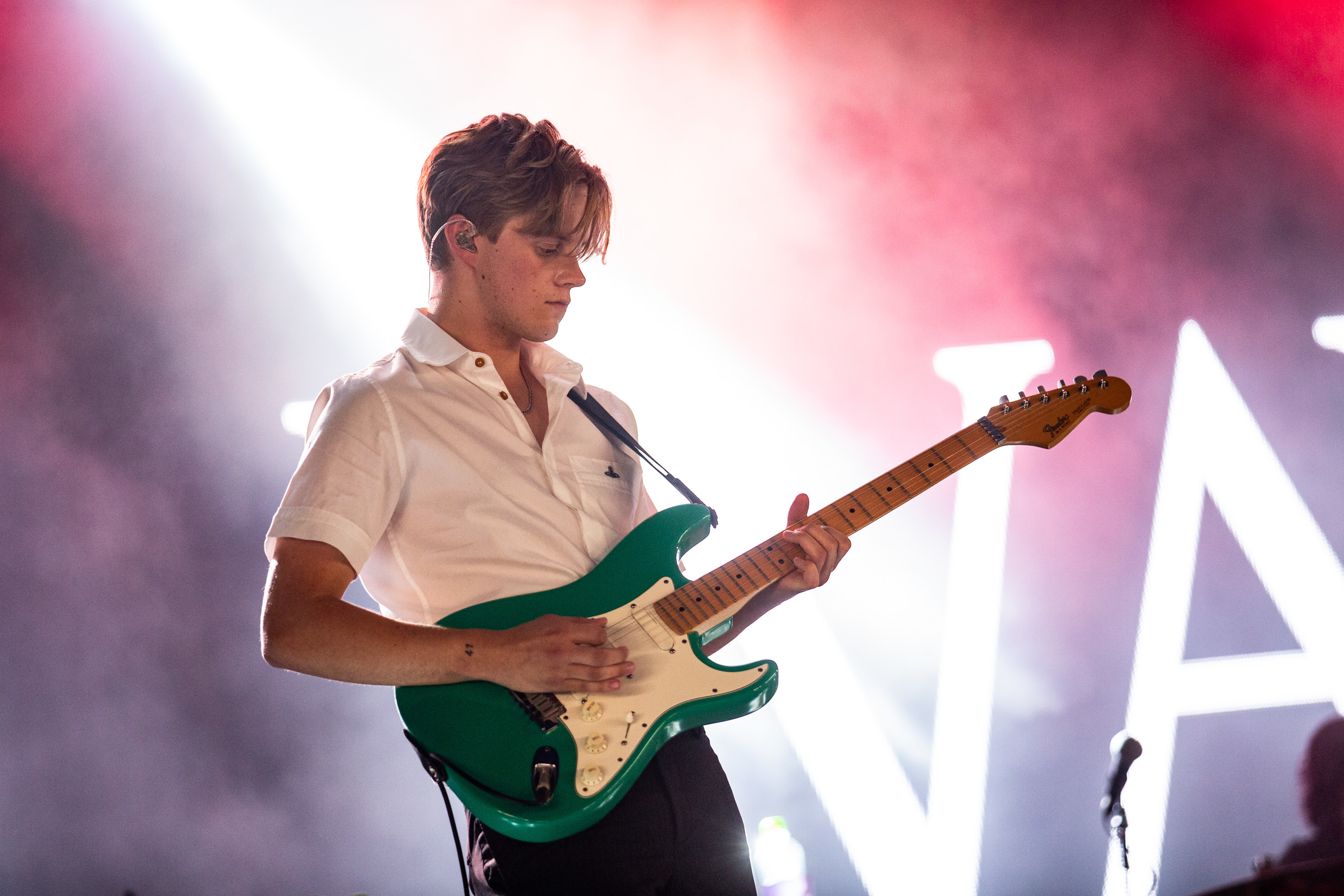 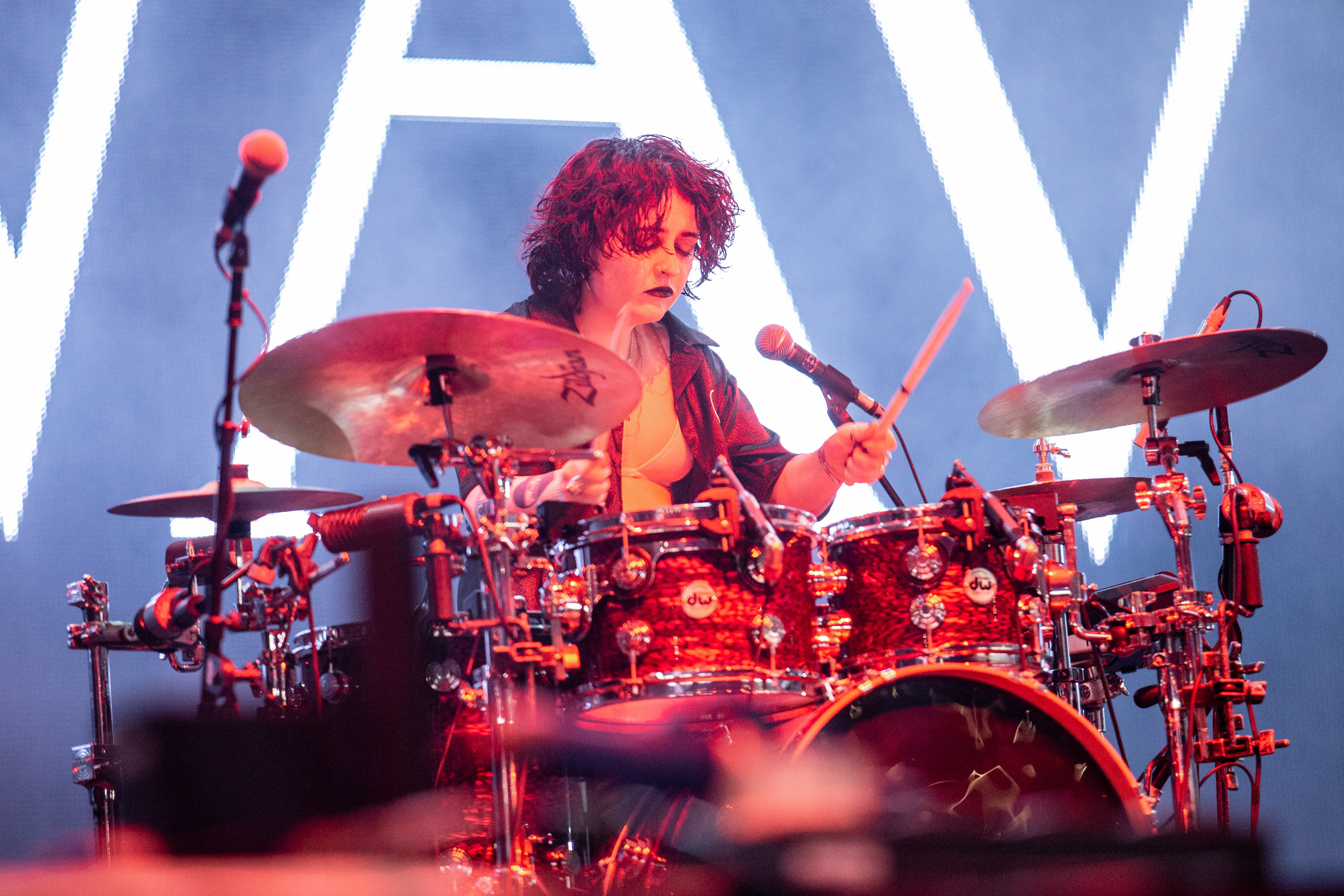 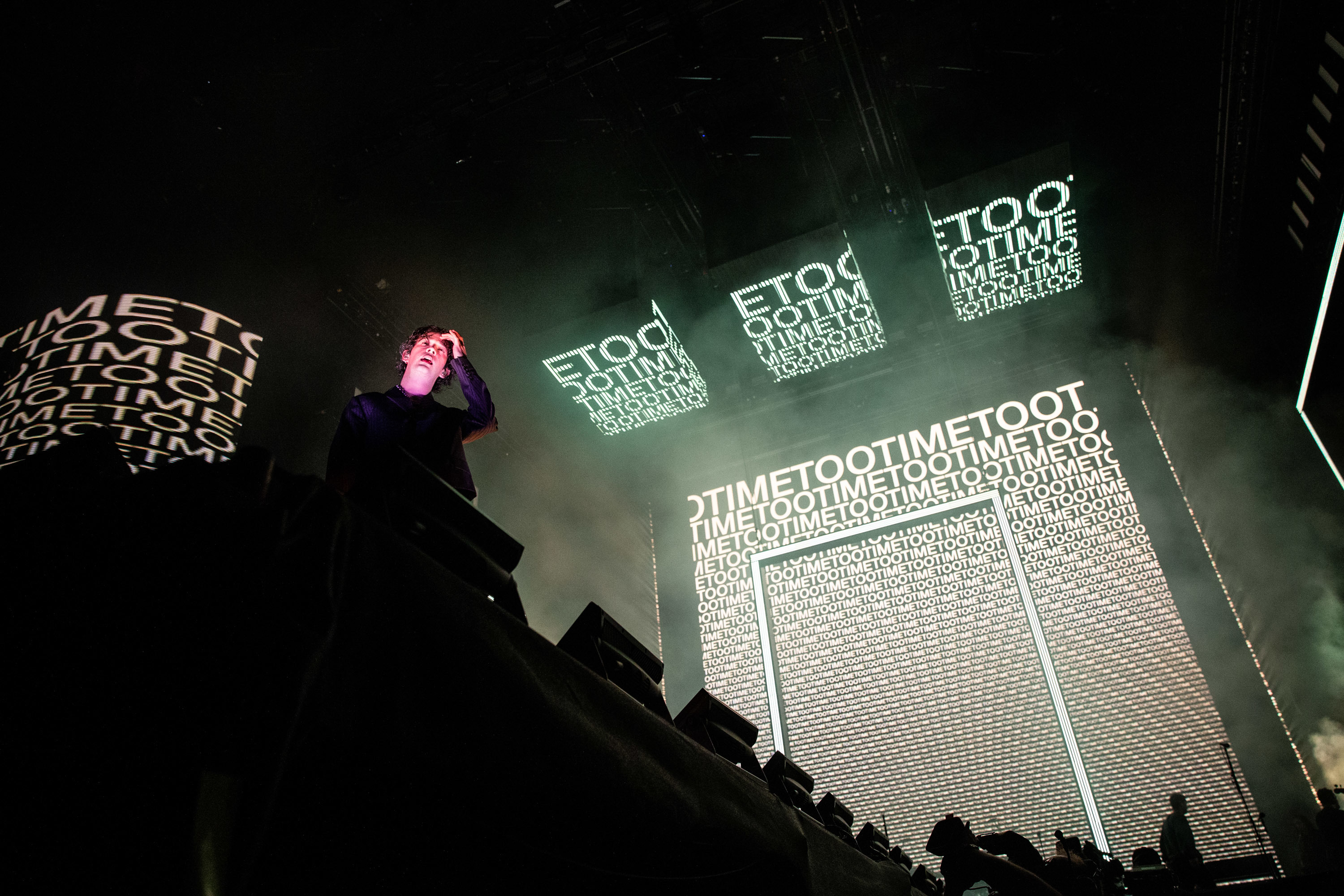 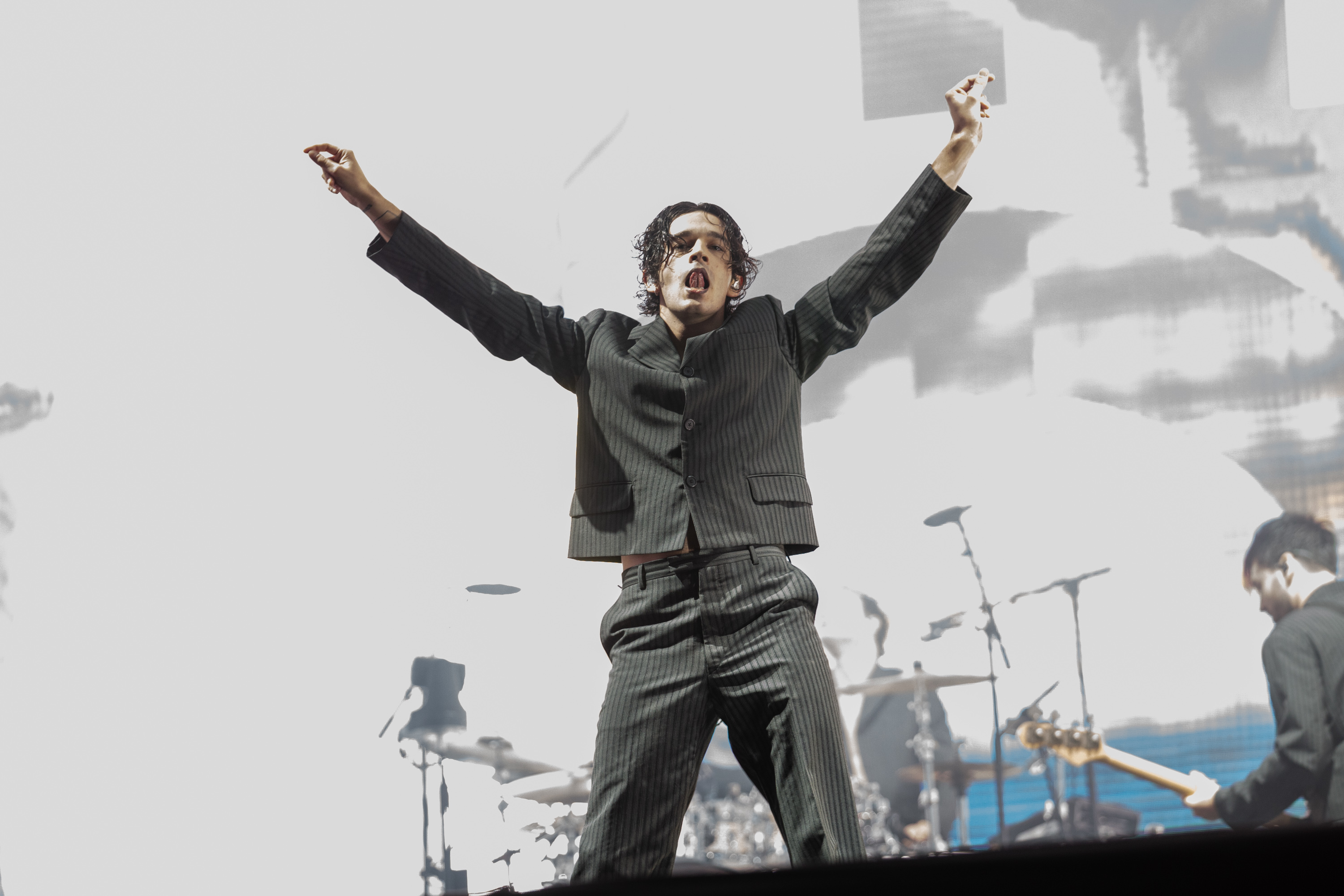 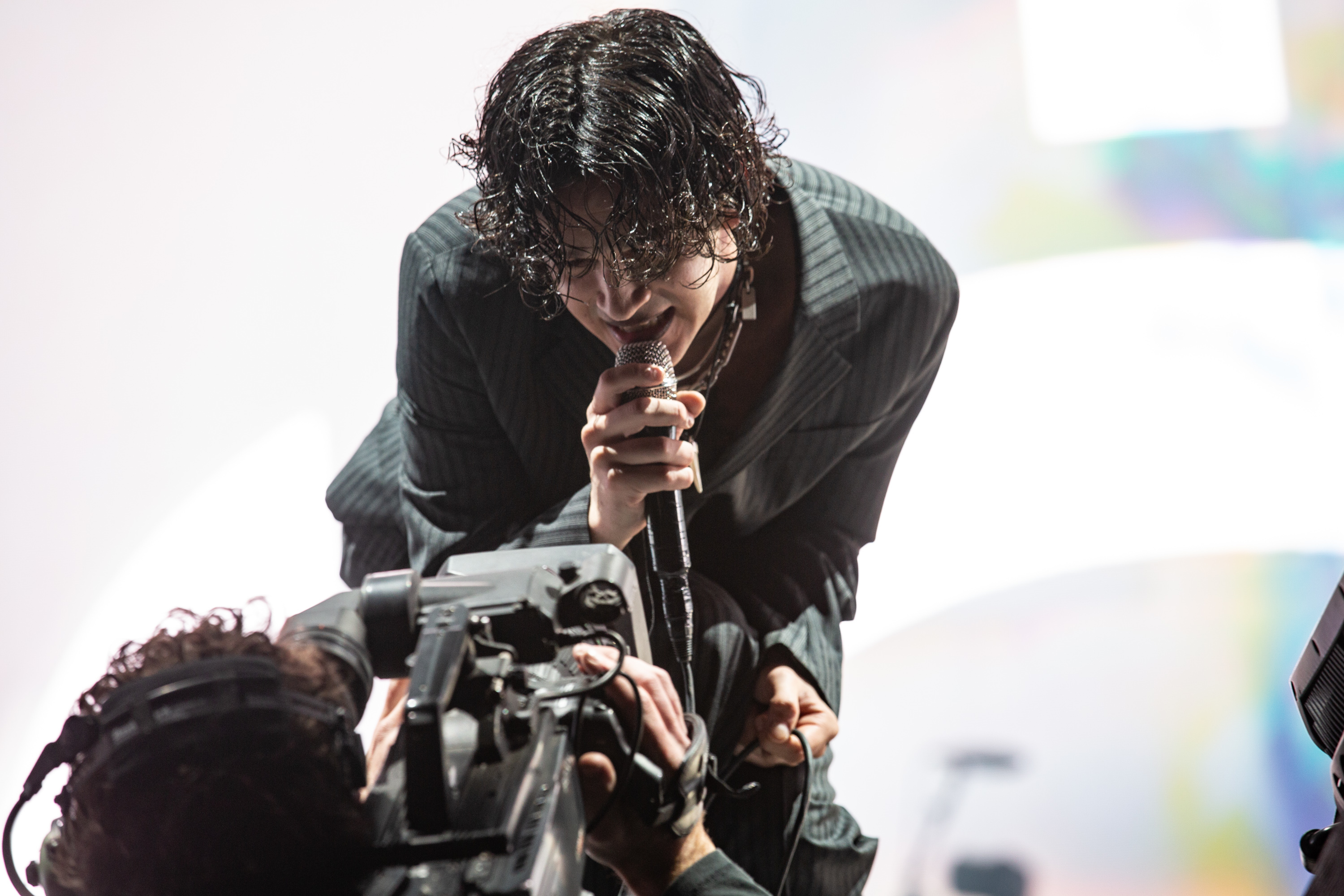 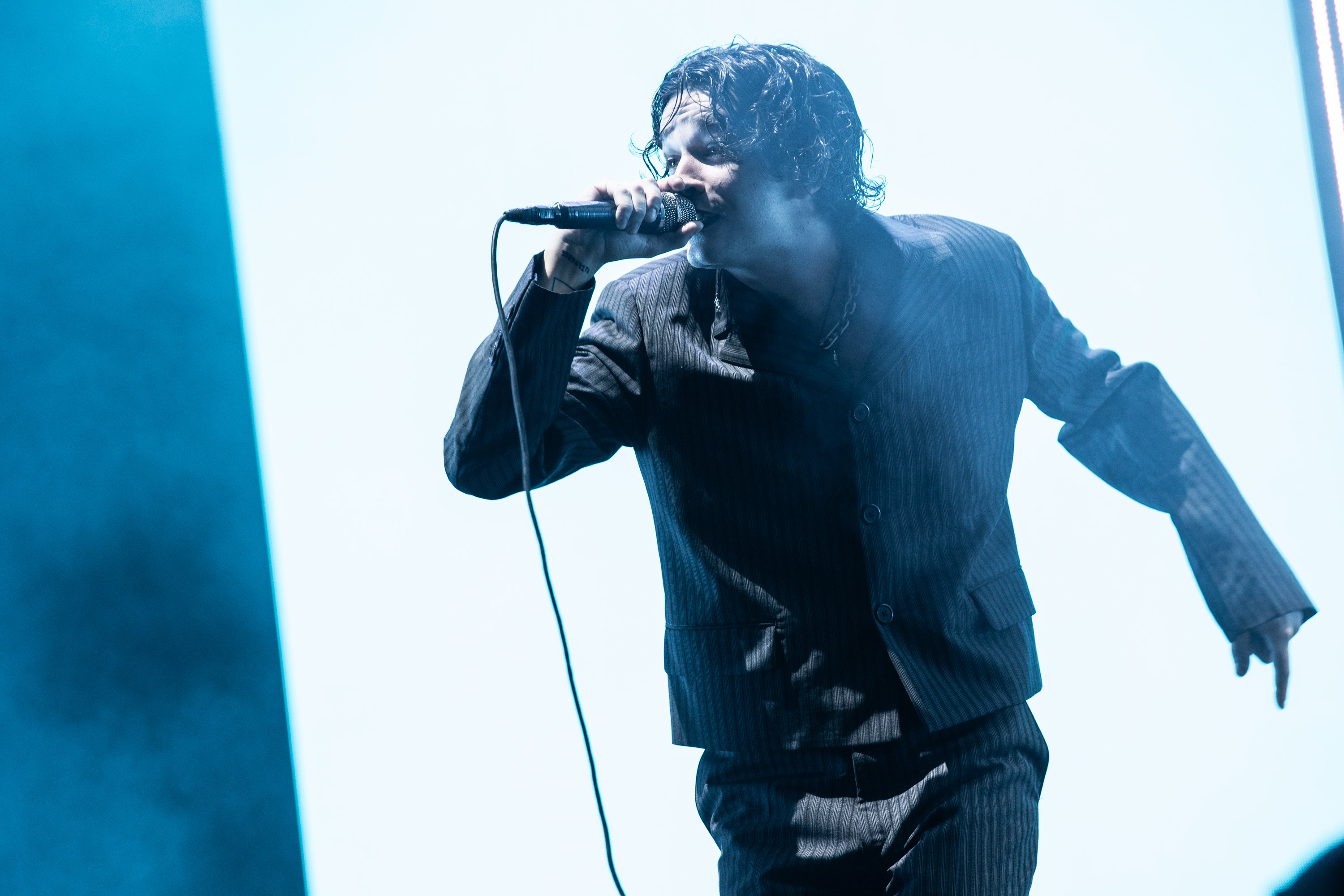 The whole day has, of course, been leading up to tonight’s headliners, and when The 1975 take the stage it feels like the rest of Friday at Reading has been just to set them up. Kicking things off with new track ‘People’, the raucous punk number that was dropped just last night, they soon dive into a set that sees their recent tour set - which has been aired at just about every festival every weekend this summer - given a new shimmer, with added bonuses like ‘Girls’ thrown in for OG fans.

What’s most clear tonight is that they’re buzzing: calling it the “biggest moment of [their] lives”, Matty’s visibly shaken, made all the more clear when he gives a speech referencing what recently went down in Dubai when he consensually kissed a boy on stage in the extremely anti-LGBTQ+ state. It’s both a poignant statement and incredible introduction to ‘Loving Someone’, which sees a rainbow appear across the stage. Deft but powerful moments are scattered across the set, including the incendiary ‘I Love America and America Loves Me’, before the lyrics to their new track featuring Greta Thunberg are starkly played out across the stages huge screens. The fact that they drop the song midway through makes it even more potent, as Greta’s voice rings about the huge crowd calling for change.

With an added electronic preview of next album ‘Notes On A Conditional Form’, and a slew of older hits thrown into the encore for good measure, it’s left up to ‘The Sound’ to close things out. As Matty asks the entire crowd to “fucking jump!” - and they do - it’s really no shock that Friday at Reading is entirely theirs. A band who’ve spent their whole career subverting opinion, dabbling in reinvention and just feeling genuinely quite important, was there ever going to be a better choice for headliner? Didn’t think so.

And she has partnered with SafeTour and Calling All Crows to provide a safe and harassment free concert experience.

It’s the first taste of her upcoming new album!