Having released their fifth studio album ‘GINGER’ last week, BROCKHAMPTON have shared the video for the Slowthai-featuring ‘Heaven Belongs To You’. The Northampton rapper gets the entire vocals on the 90-second track, exploring issues surrounding mental health and his relationship with religion.

The accompanying video, which was directed by Kevin Abstract, also coincides with the news that Slowthai will be opening for BROCKHAMPTON on their upcoming North American tour. Check out the dates below: 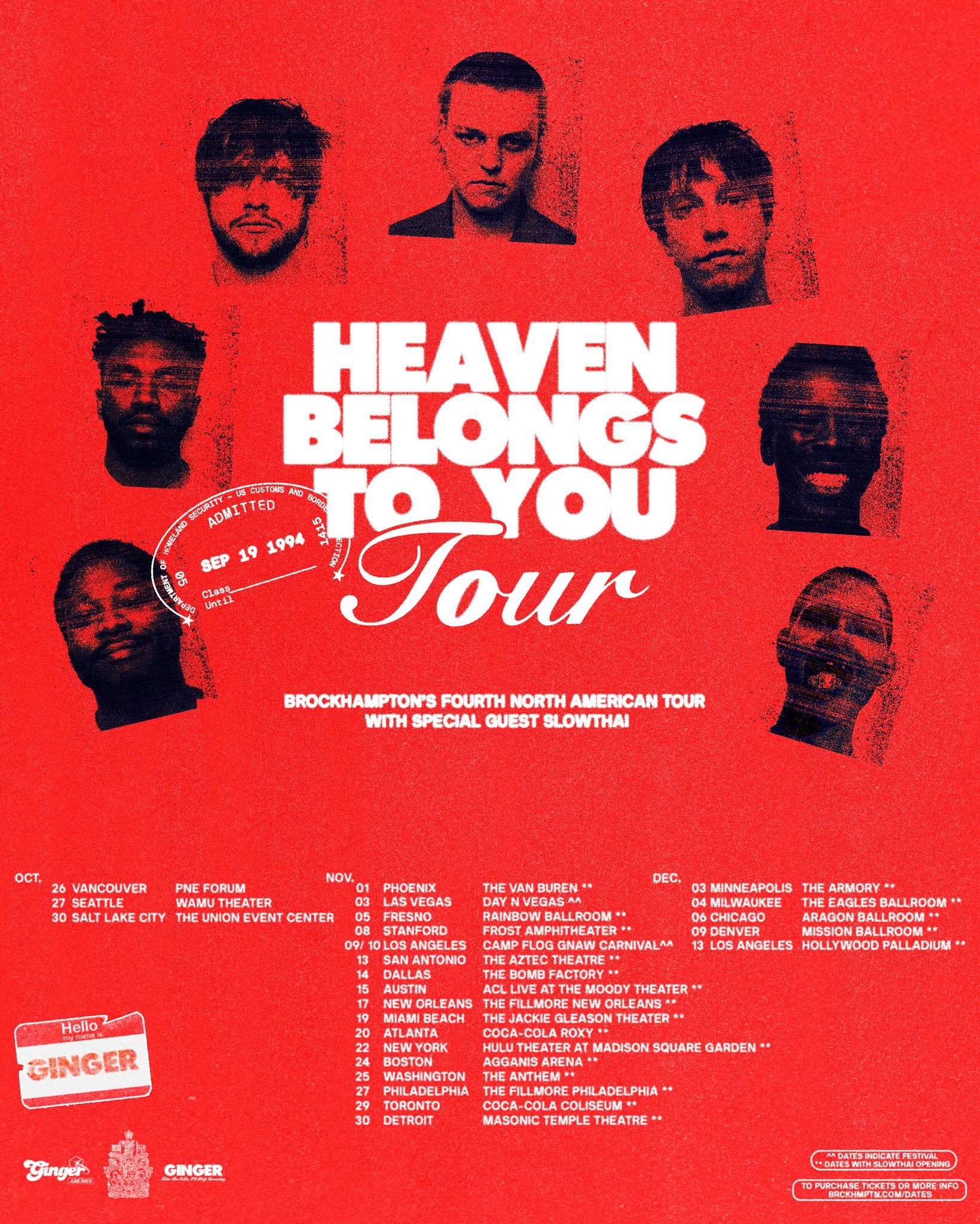 slowthai has been shortlisted for the 2019 Hyundai Mercury Prize. For more information on this year’s Prize, head to mercuryprize.hyundai.co.uk.