Hopping on The Festival Train from Berlin to arrive in Hamburg in style, Reeperbahn 2019 kicked off with an interesting twist. Teaming up with our mates at CD Baby, we hosted a carriage on the three-hour train trip to the festival site, putting on some intimate acoustic gigs (and free beers, obvs) for the lucky passengers.

First off, indie-folk two-piece Amistat soundtrack the start of the journey through the German countryside with their chilled out Ben Howard-esque songs. Made up of twin brothers Jan and Josef Prasil, their folk-tinged melodies are stunning and soothing, which could be a recipe for disaster for the post-flight but party-ready onlookers but they chuck in a cover of Lewis Capaldi’s ‘Someone You Loved’ for good measure and initiate a big ol’ singalong to finish off.

Next up are folk duo Farafi, made up of Darlini Singh Kaul and Joy Tyson. Originally meeting in Goa, India, the pair blend African song and middle-eastern influences to create an otherworldly dreamlike sound, brilliantly complimenting the German sunset as the train rolls closer to Hamburg.

Rounding off our line-up with CD Baby, London indie four-piece Bloxx successfully translate their alt-rock stylings into an acoustic setting. Having to slightly reposition themselves to navigate playing guitars in a tiny train carriage, drummer Moz opts for bottle caps and a half-drunk beer as his percussion kit, and you gotta love the resourcefulness. Reeling through their melodic alt-pop tracks, having to play a slightly longer intro during one track due to train announcements, vocalist Fee’s voice rings out powerfully and captivatingly through the carriage, bringing us into our final destination with the perfect mesmerising backing. 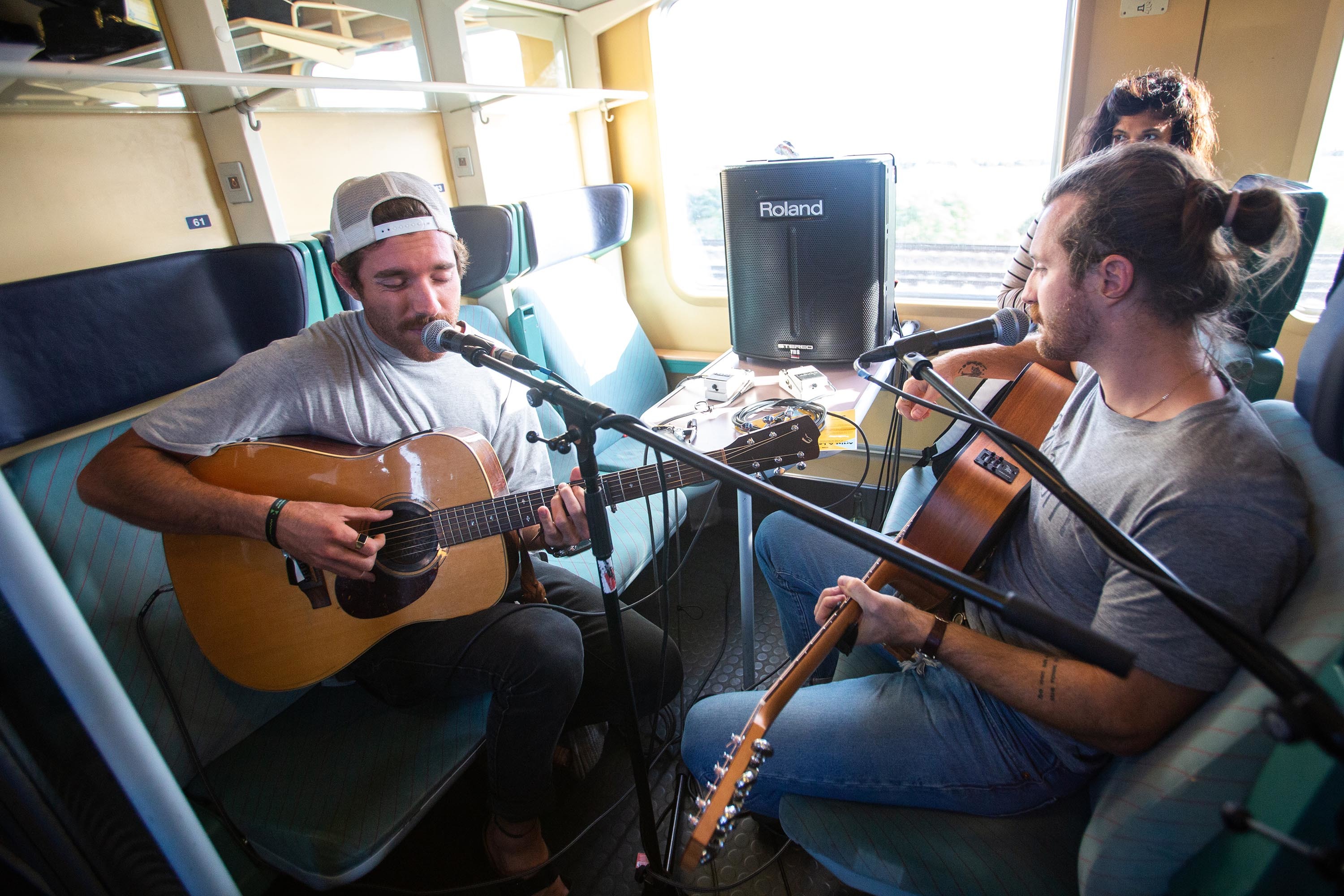 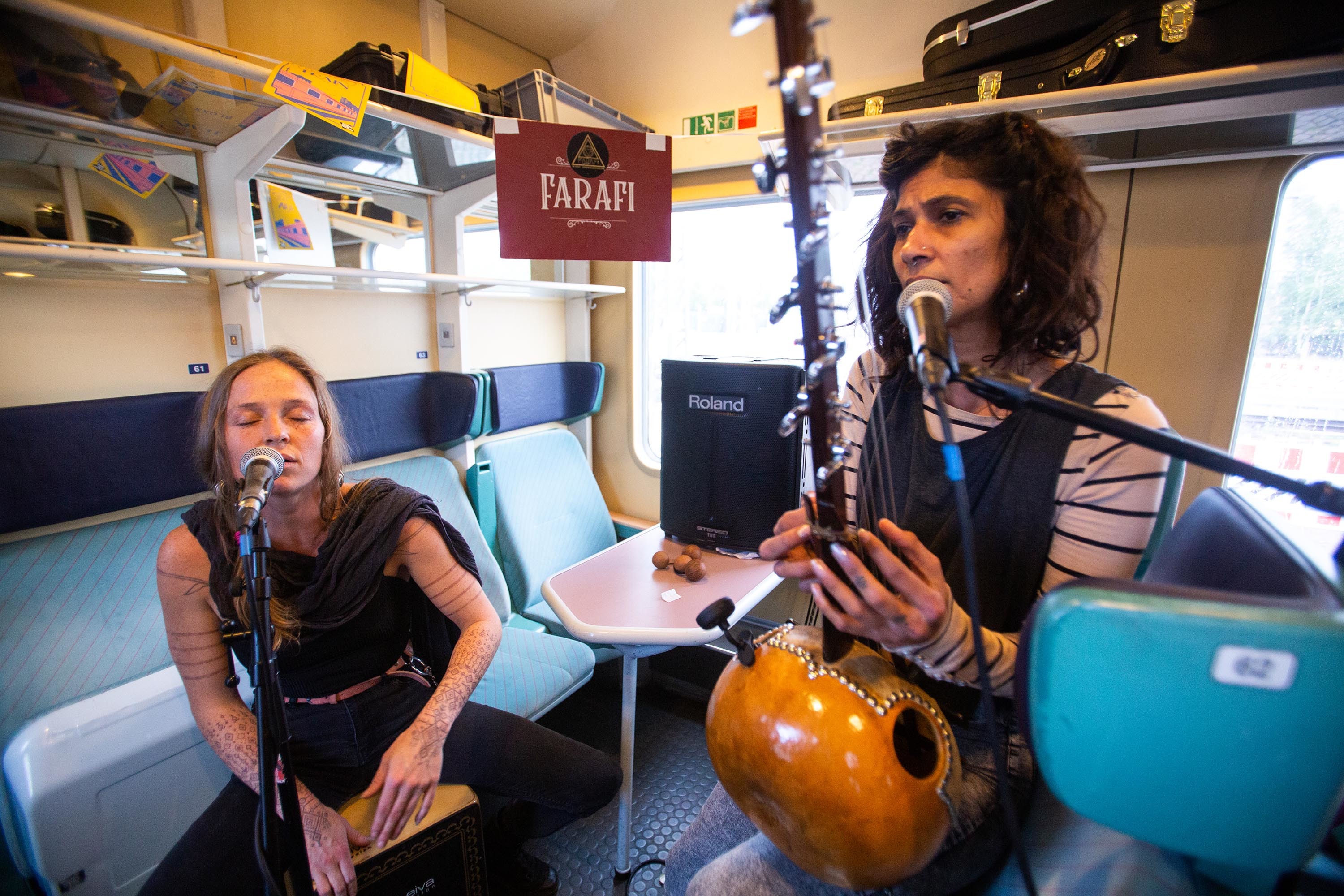 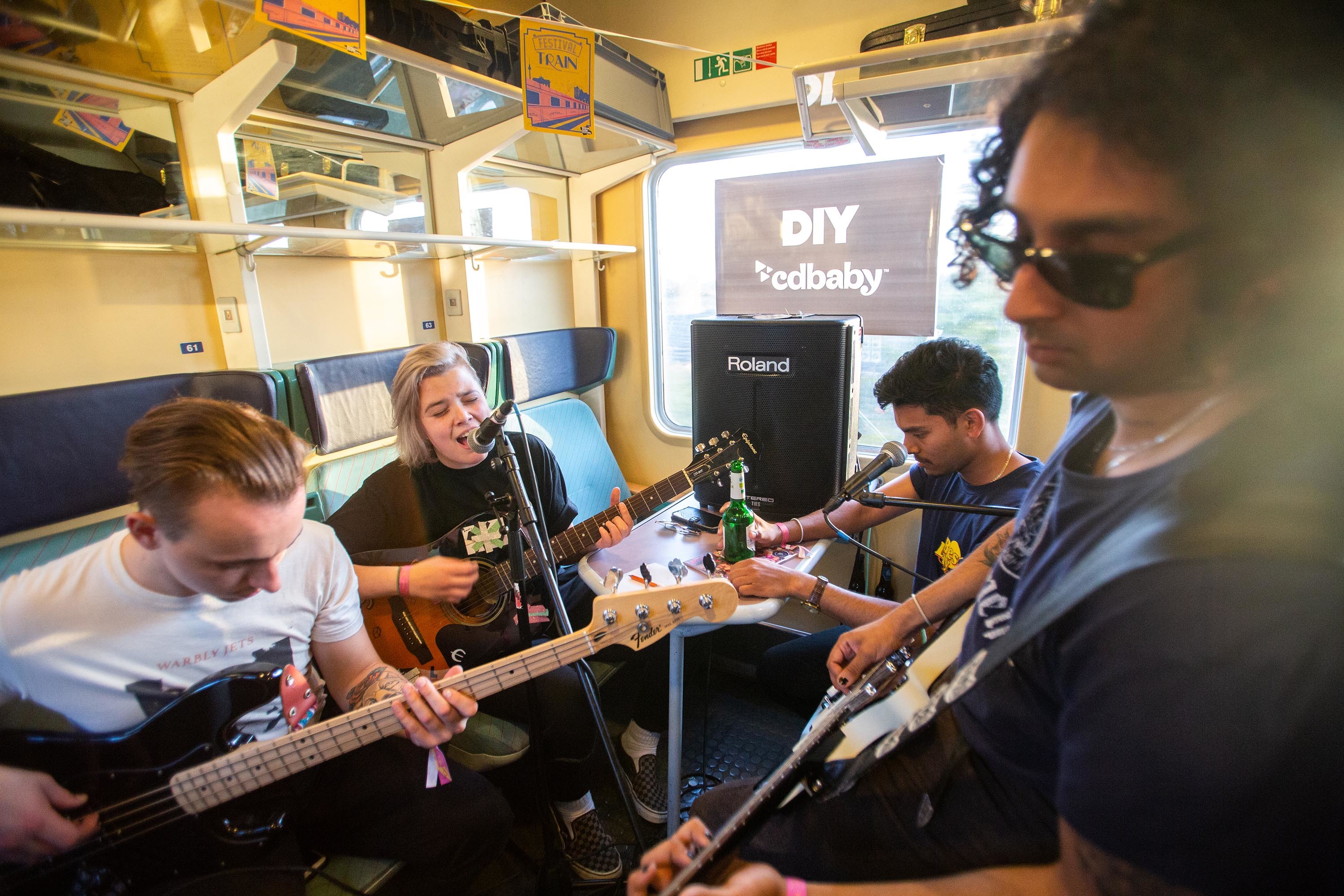 Heading down the eponymous street, Reeperbahn Festival 2019 once again sees some of the world’s finest new talents being showcased. Like Brighton’s The Great Escape, there’s something to see on every corner, and the infamous Molotow (where we’ll be putting on our own night on Saturday) is where the party is at.

Beginning proceedings with Leicester’s Easy Life, the group take to the stage in the packed out club room, diving into recently released track ‘Earth’. Wowing the crowd with their unique blend of jazz, hip hop and indie, the five-piece are just as buzzing as the crowd with tracks like ‘Sunday’ and ‘Afters’ from March’s ‘Spaceships Mixtape’ going down a storm. Introducing new song ‘Dead Celebrities’ following 2018’s ‘Frank’, it’s no surprise why the group are being hailed as one of the UK's finest new acts around, and who doesn't love a trumpet solo?

Pushing through the packed crowd to Molotow's Backyard Stage, Atlanta’s Mattiel mesmerises with her impressive power pop. Playing tracks from her 2017 '60s rock-inspired self-titled debut and July’s “more experimental” follow-up LP ‘Satis Factory’, set highlights include ‘Food For Thought’ and ‘Send It on Over’ where her powerful voice keeps every onlooker hooked. Not playing a guitar herself and backed up by her four piece band, she has the space to bust some pretty good moves on the stage, but it's her undeniably impactful voice that really shines throughout. Definitely a force to be reckoned with, she cements herself amongst the most exciting acts at the festival, and we’re not sure anyone’s gonna be able to top her vocal performance. 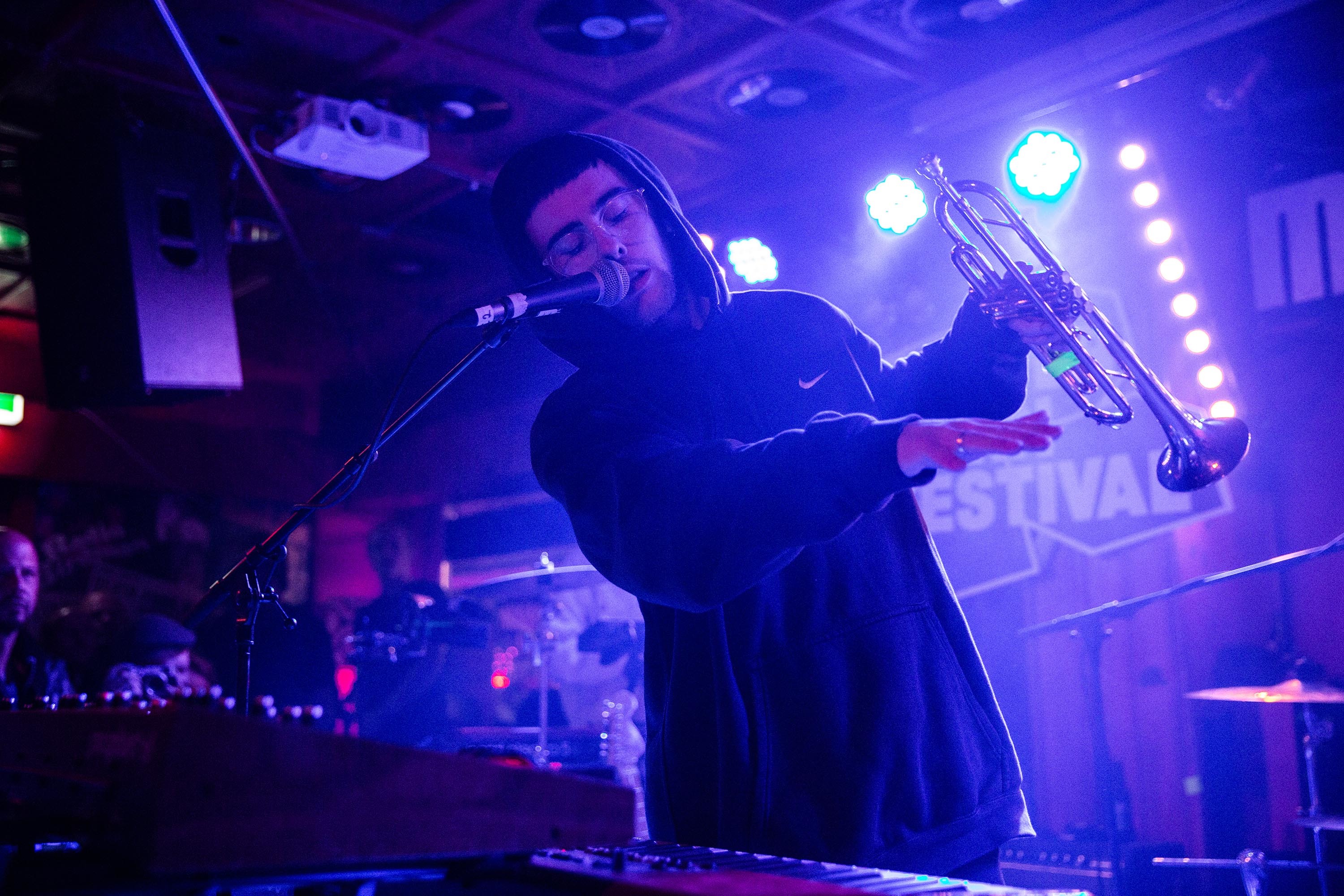 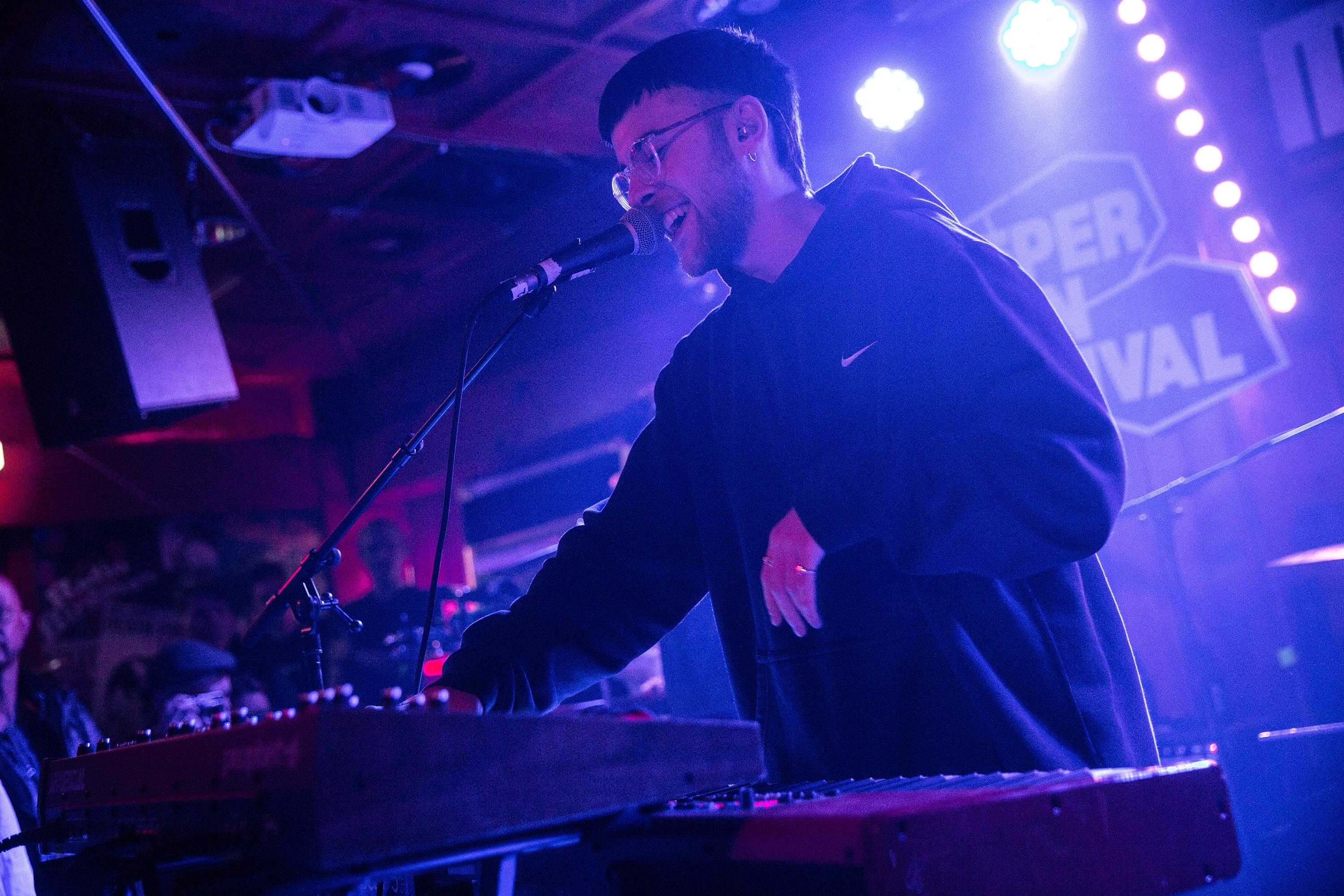 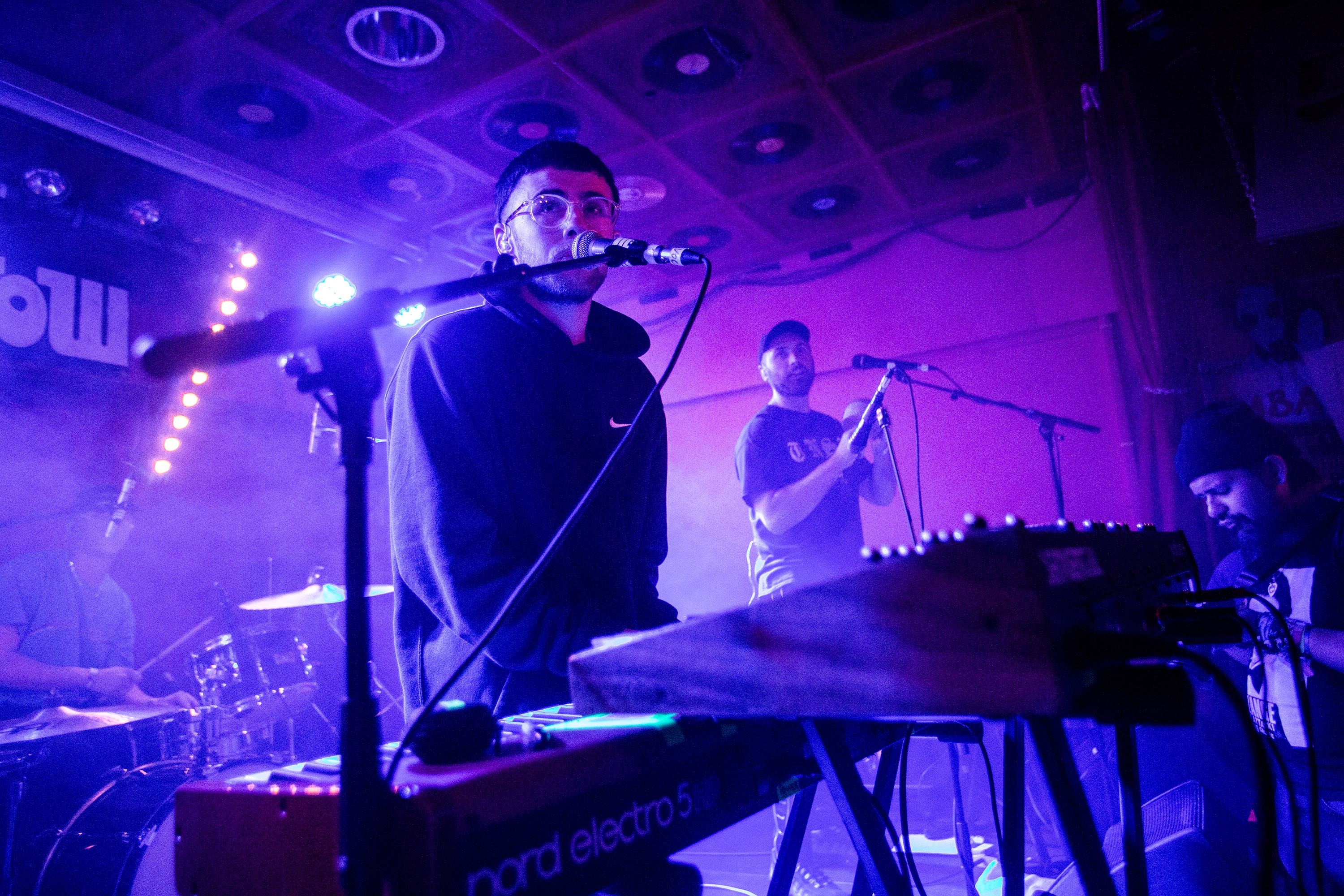 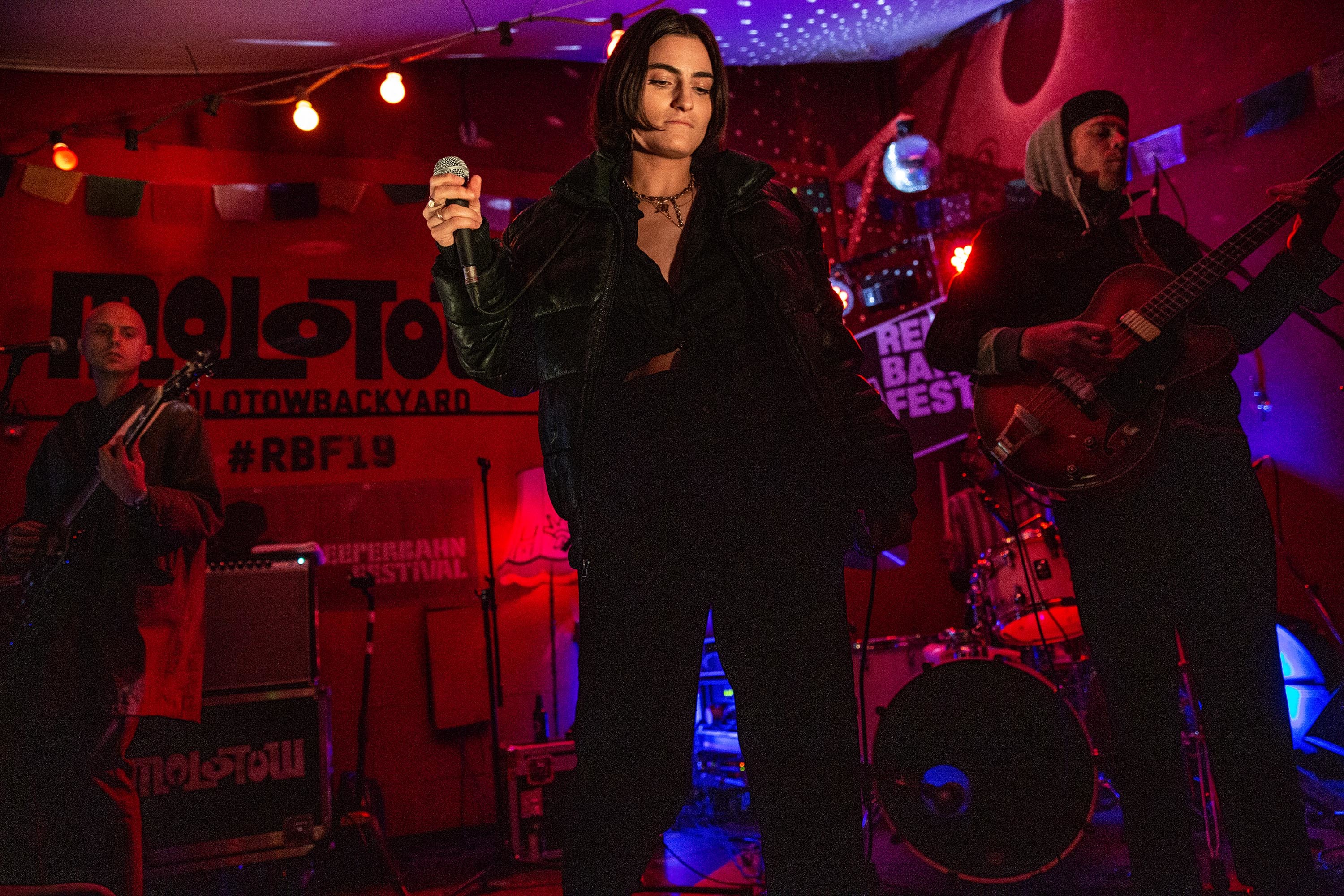 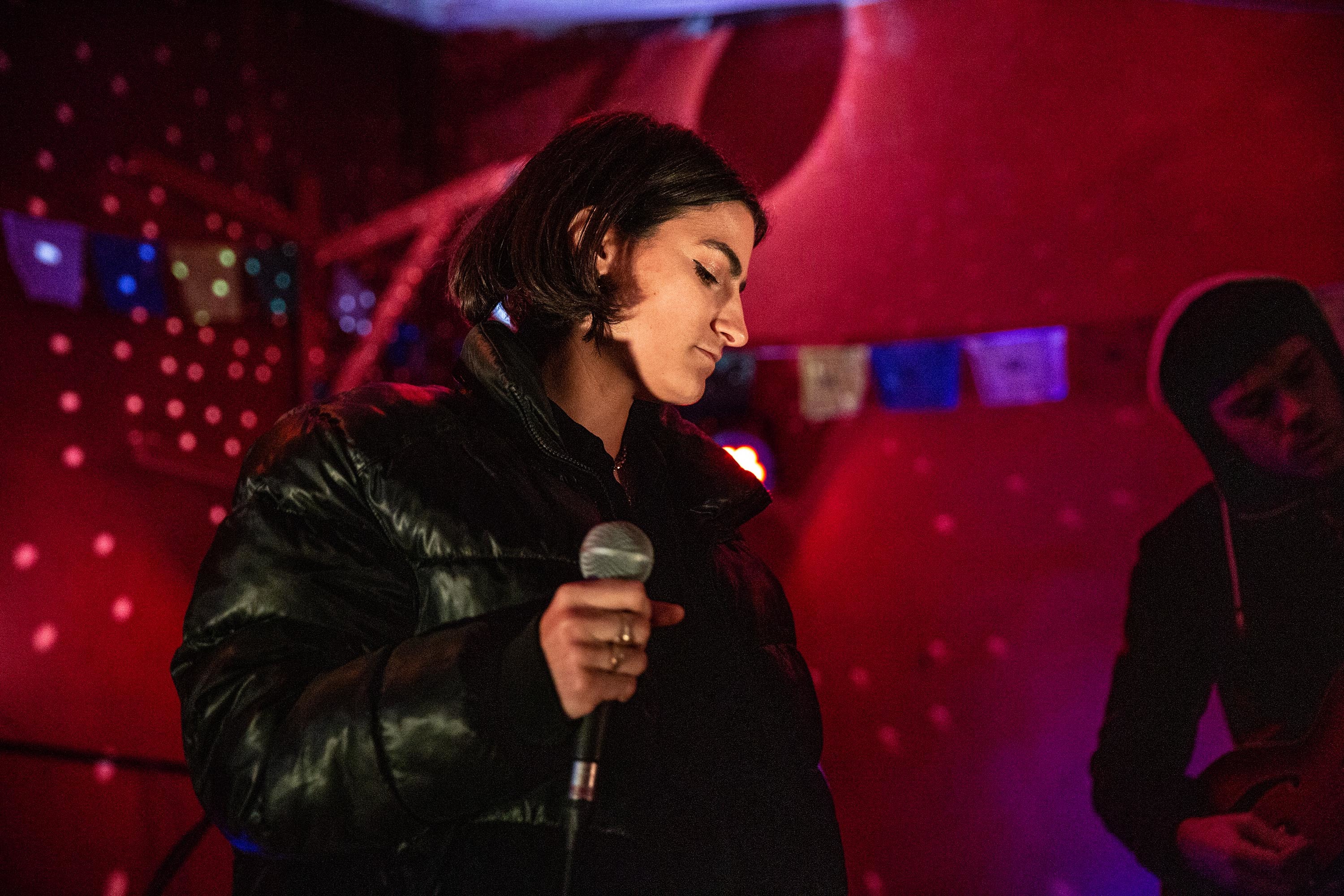 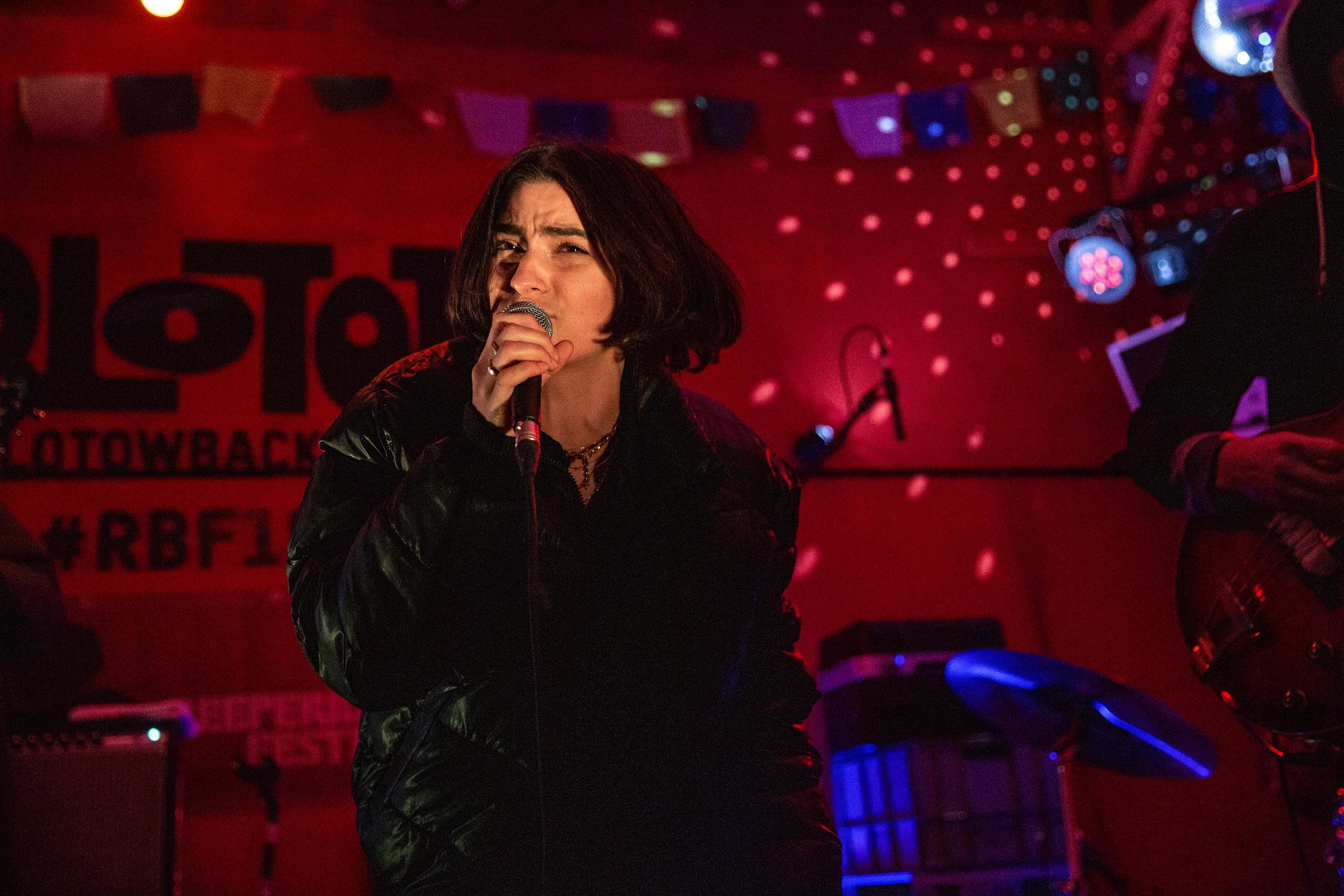 The real highlight of the night comes from Nottingham newcomers Do Nothing. Having built hype for their live show, the group don’t disappoint. Performing to a packed out room, the entire crowd hangs off of every chord as the four-piece reel through their post-punk meets art-rock bangers.

With only three official songs out - 'Waitress', 'Handshakes' and 'Gangs' - you get the feeling that you're witnessing the beginning of a #moment as frontman Chris leads the pack with Jarvis Cocker swagger and their LCD Soundsystem-esque sound keeps the audience fixated. Introducing new song ‘Le Bron James’, it’s a certified set highlight and an exciting look at what the newbies will achieve next.

As they exit the stage, the onlookers call for more, and the band eventually return for a massively-deserved encore. Although it’s still only early days for the group, the sizzling excitement palpable in the room, from both the band and the crowd, throughout their show gives a nod that Do Nothing are something a lil' bit special. 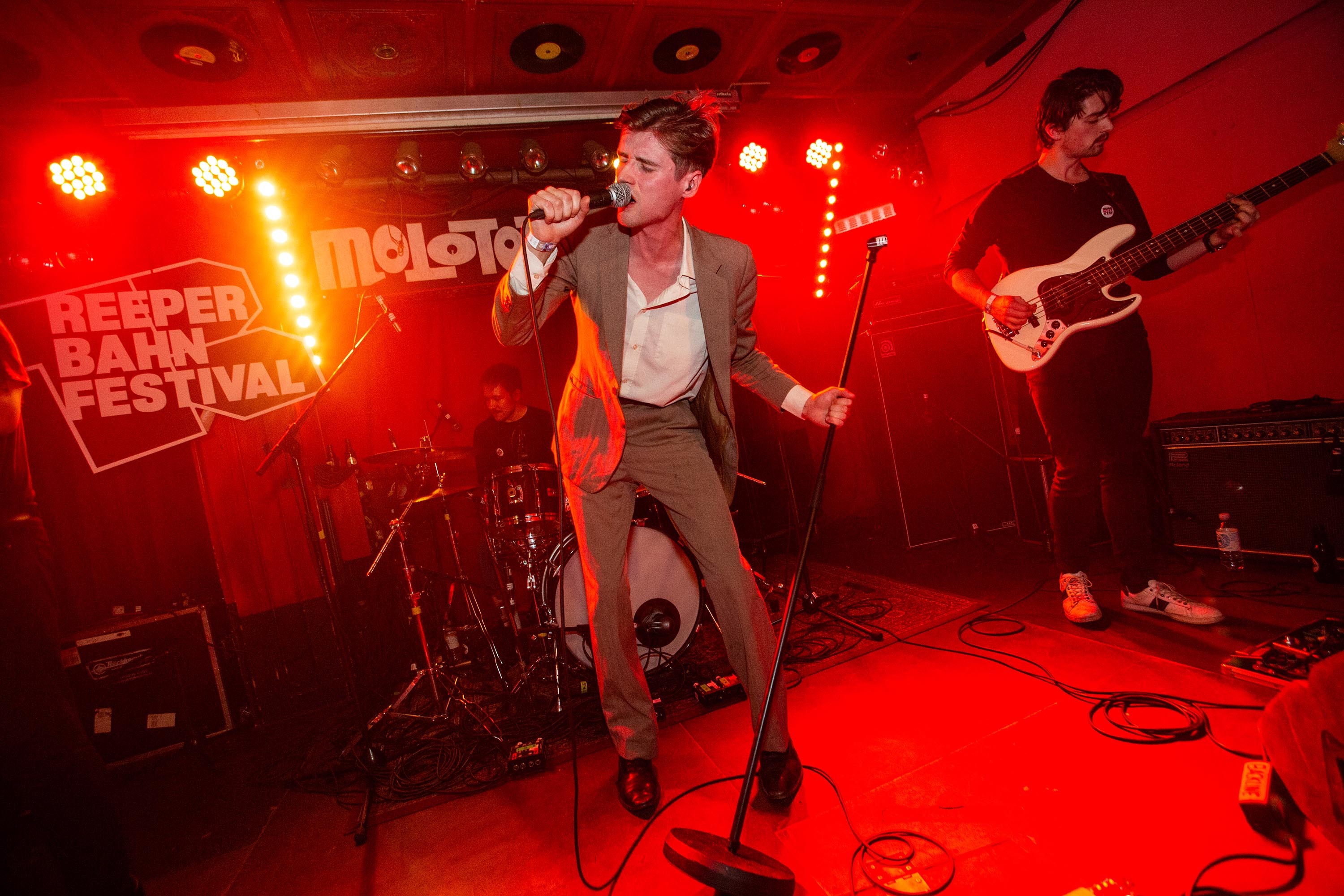 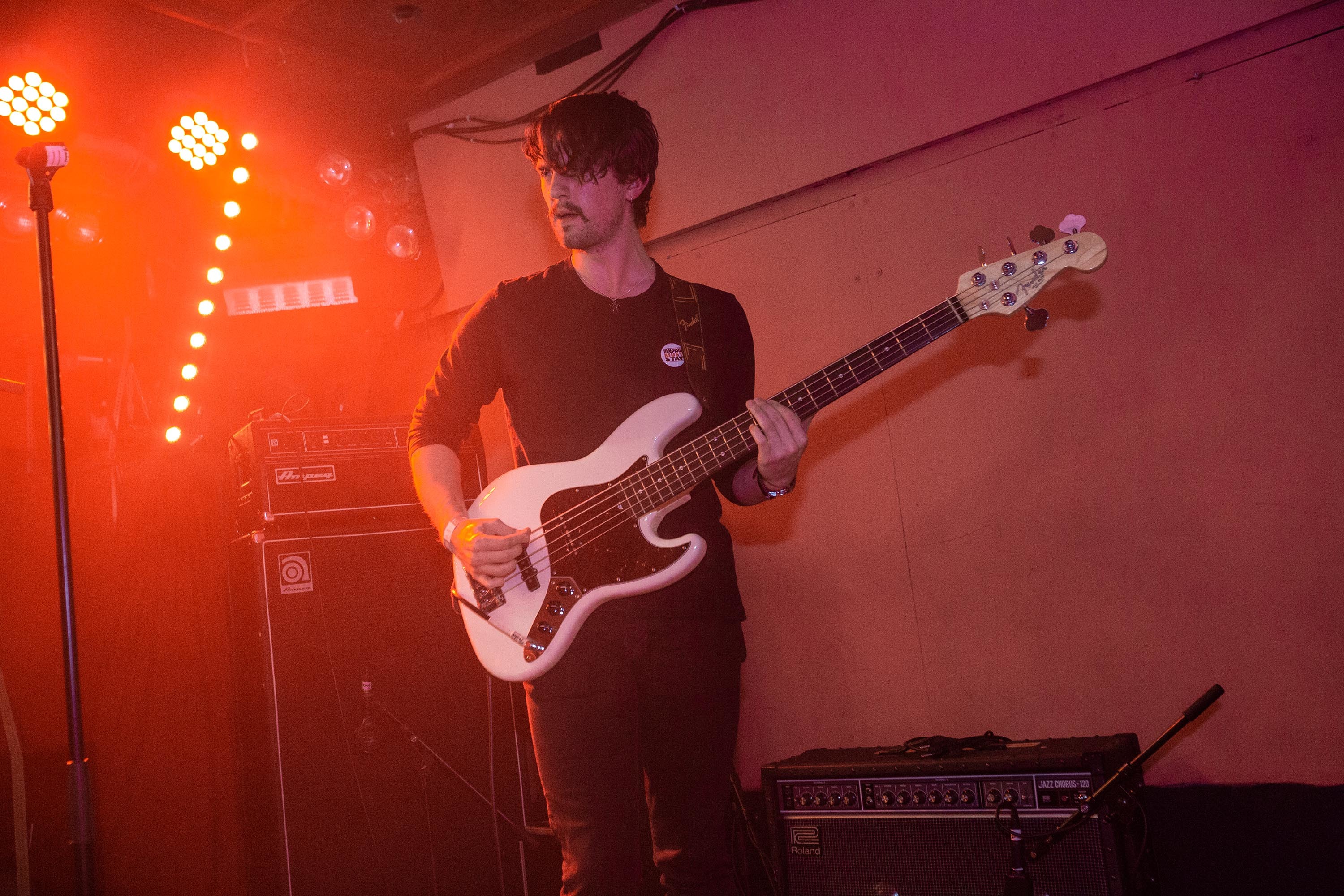 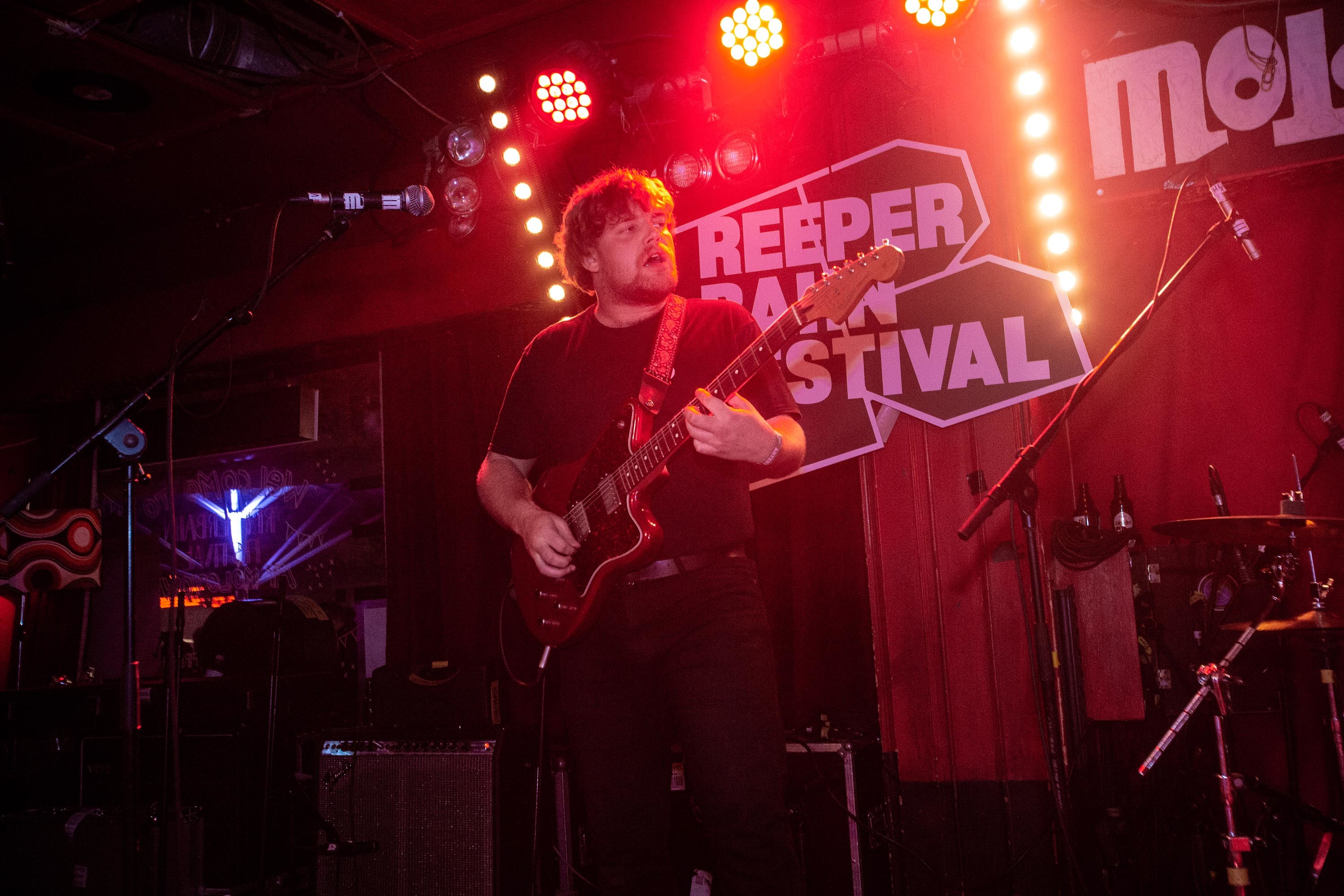 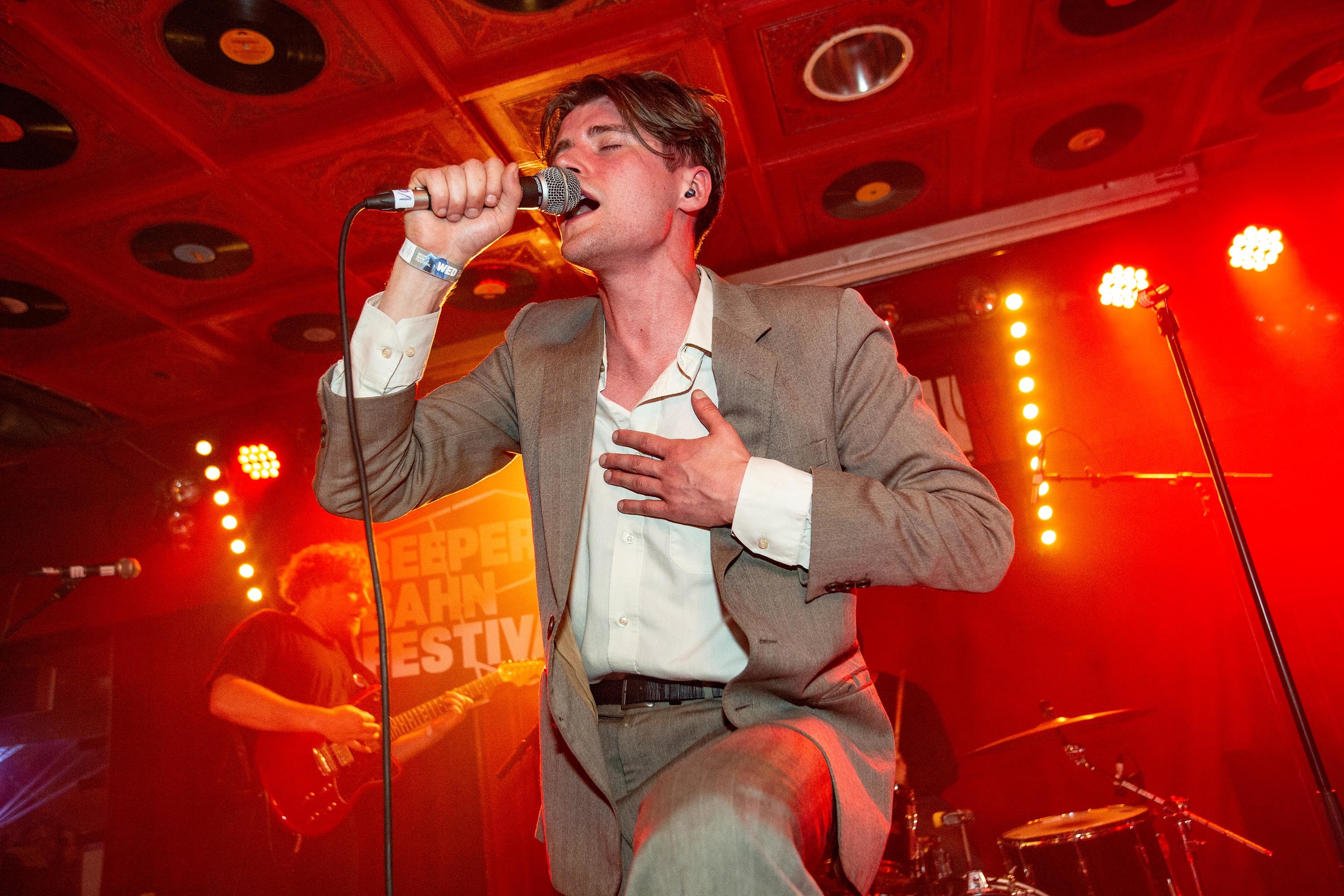 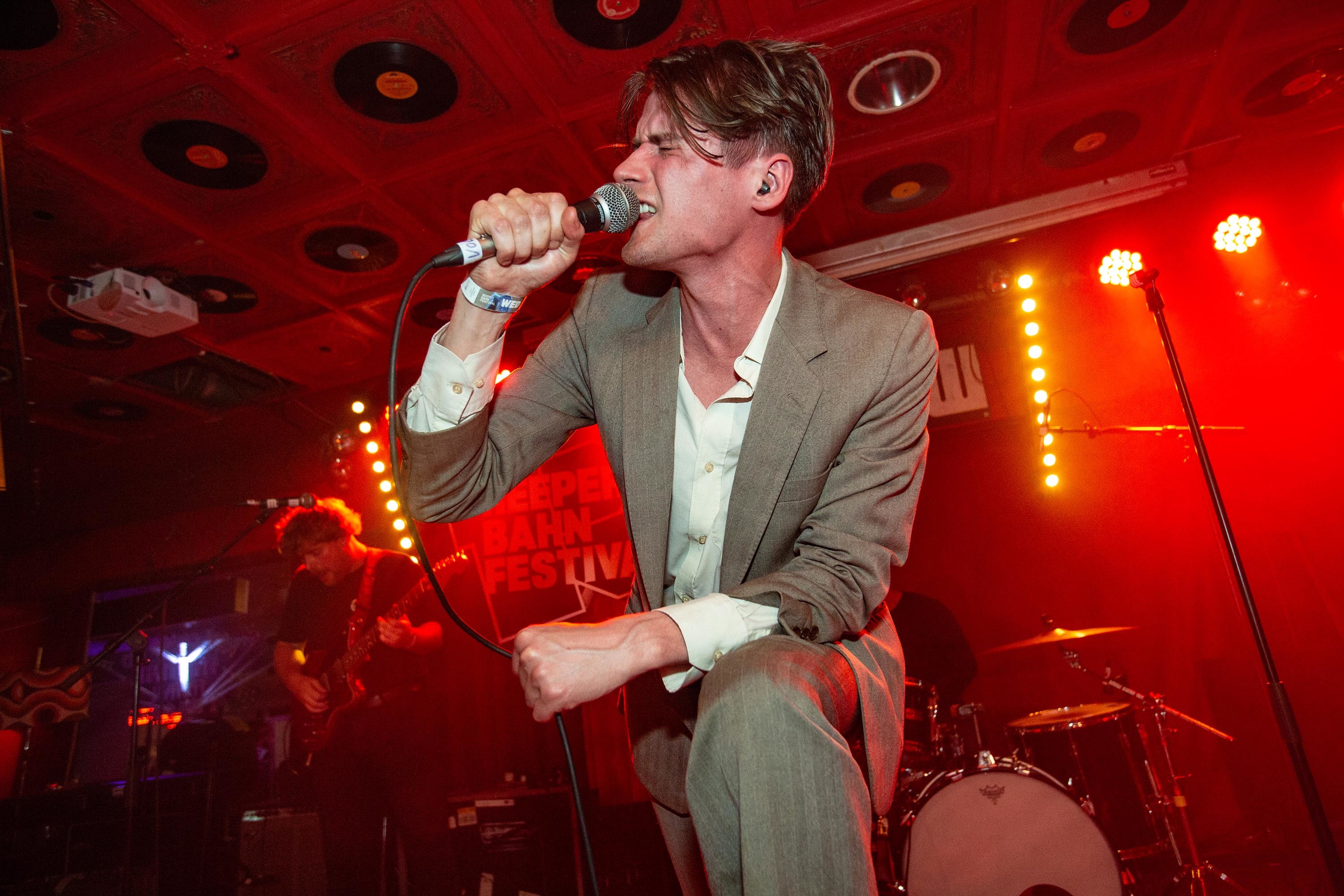