While most of us are sitting here reflecting on how it’s been A Year and then some, us at DIY HQ have also spent some not inconsiderable time looking back at what a year it has been in music. And as part of all that, we’ve rounded up some of our favourite albums from the past twelve months, from Billie Eilish’s mammoth breakthrough to Lana Del Rey’s crowning glory via the rise and rise of Fontaines DC, a couple from old favourites Foals, and many more besides.

Read on for our favourite albums of 2019.

1. Billie Eilish - When We All Fall Asleep, Where Do We Go?

This time last year, it’s safe to say that while Billie Eilish was quickly gaining fans on the ol’ interwebs, there was no real predicting the phenomenon that would soon follow. By the time she came to dropping this insatiable debut, things reached fever pitch, her first full-length setting a new bar for alt-pop with its darkly crunchy synths and shadowy whispers. But that wasn’t enough: she had her mind set on world domination. From being pushed up festival bills like no one’s business, to drawing possibly the biggest crowd Reading & Leeds’ main stage has ever seen - just look at those aerial photos and try and argue - the rise of Billie Eilish has been breathtaking. And the best bit of it all? Knowing that she’s being exactly herself while doing it all. If 2019’s shown us anything, it’s that we need to be listening to young people, and Billie’s shown that over and over again.

2. Foals - Everything Not Saved Will Be Lost - Part 1
3. Vampire Weekend - Father Of The Bride
4. Marika Hackman - Any Human Friend
5. Fontaines DC - Dogrel

As someone who’ll frequently find themselves obsessed with a record, only to end up playing it to the point of sickening over-saturation, real proof of being a favourite comes when that just doesn’t happen. All too often the concepts of ‘highbrow references’ and ‘big banging hooks’ are polar opposites - and to me, it’s where Fontaines DC’s wit and knack for a good ol’ singalong chorus combine that makes ‘Dogrel’ such a great record.

Yes, I know I’m cheating because it’s technically two albums, but they’re two halves of the same whole so suck it. Foals have never released a bad record in my eyes, but with their latest, the sheer scale and scope of it blasted their own high bar to bits. With 20 tracks at their disposal, it gave Yannis and his pals time to really explore all the band’s multiple sides. The heavy bits got muckier (‘Black Bull’), the expansive bits became even huger (‘Neptune’, ‘Into The Surf’), the taught, twitchy bits jabbed and sliced harder (‘On The Luna’, ‘White Onions’), and if ‘In Degrees’ isn’t the exact soundtrack to a nice lunch of festival pingers then, well, what is. ‘ENSWBL’ proved you can have both quantity AND quality: nabbing them their first Number One, in 2019 Foals were the horses worth betting on.

Dropped back in August, ushering in #SadGirlAutumn with the kind of flair that only Lana can conjure, ‘Norman Fucking Rockwell!’ is drenched in nostalgia and her signature Hollywood glam. From nine-minute epic ‘Venice Bitch’ to the quotable excellence of ‘The greatest’, each track pulls on the heartstrings with its razor-sharp observations and Lana’s impeccable delivery. It also has the most iconic opening line of all time in “God damn manchild / you fucked me so good that I almost said I love you”. Queen Lana 4 eva.

‘Proto’ by Holly Herndon and her AI child Spawn sounds like nothing on earth, dense electronics with millions of layered processed vocals. The live show was maybe my gig of the year, like a witches’ cult made by Apple - just 5 vocalists in white robes and a MacBook Pro joining Holly on stage.

Housing ‘Drunk II’, the hugely relatable break-up anthem and one of the best songs of 2019, ‘Patience’ sees Philly punks Mannequin Pussy destroy convention. Vocalist Marisa Dabice candidly unfurls both her vulnerability and strength, her search for personal wellbeing simultaneously submitting to and overpowering her visceral pain. In 25 minutes the record powerfully grapples with the push and pull of individualisation, society and the unpredictable impact of others on the self, delivering an unparalleled - if not at times difficult - catharsis. Its sway between ferocity and delicacy mirrors the turbulence of the record’s themes, all the while showcasing that a musical genre - much like an individual - can be multifaceted and beautifully complex.

I’ve always admired that Fontaines DC admit to being drawn towards poetry and literature rather than other music when citing their influences. It’s clear in their songwriting, and I think their lyrics - perceptive, wry and droll - would hold up on their own, without the music (I don’t think that’s an easy thing to achieve). At a time where all-male post-punk bands have reached peak buzz, Fontaines DC somehow still feel like the emerging breath of fresh air among that crowd. They range from melodic garage-rock to gritty, spitting punk numbers that draw inevitable comparisons to a certain frontman of a band that rhymes with The Call (but channelling the intensity of a certain Ian Curtis). ‘Dogrel’ documents our society at its very worst while retaining every last bit of optimism we deserve to have.

As far as debut albums go, Tami T’s ‘High Pitched and Moist’ is as outstandingly conceptual as much as it is an album full of electro-pop bangers. This album flew criminally low under the radar on its release, but from the opening melancholic strains of ‘Birthday’ right through to the closer ‘Bad Temper’, it grabs you by the ear and refuses to let go. The lyrics are refreshingly, achingly, embarrassingly open, bringing a new meaning to wearing one’s heart on one’s sleeve.

1. Loyle Carner - Not Waving, But Drowning

2019 provided no shortage of stellar albums by brilliant soloists - FKA Twigs, Lizzo, slowthai and Nilüfer Yanya could have all made my list. However, the record that hit me hardest was one that was intensely personal, capturing the exact moment where you take stock of your life and realise that everything you worked for might finally be coming together. As a newly-engaged, anti-depressant free, mixed-race woman, Loyle Carner’s ‘Not Waving, But Drowning’ hit me deep in the 2019 feels, a solid reminder that no struggle is entirely unique, nor is it constant. Weaving ruminations on the ambiguity of his racial identity and absent father (“Told Me I’m From Ghana but really it’s Guyana”) with more positive hopes for the future of his relationships with both his partner and his much-adored mum, he levels up musically and lyrically, carving out a space of quiet confidence that delivers sentimentality without lapsing too far into self-indulgence.

1. Slipknot - We Are Not Your Kind

The most exciting piece of work from Slipknot in years; with ‘Unsainted’ truly being the greatest song to come out of 2019. I really loved getting punched straight in the face repeatedly with this heavy, dark and experimental album.

By following up the unlikeliest of follow-ups, American Football completed a trilogy that is to indie rock what Richard Linklater’s Before films are to cinema. Way back in 1999, ‘American Football’ was about what could be, if only Mike Kinsella, Steve Holmes and Steve Lamos hadn’t been forced to go their post-collegiate separate ways, and when they did reform for another self-titled LP in 2016, it was about what might be, if only they could lock back into the groove of yesteryear. 2019’s ‘American Football’ is about what is; four forty-something fathers both shorn of the anxieties of youth and and riddled with the fresh concerns conjured by the approach of middle age. The former fact has made them more adventurous, as guest vocal turns from Elizabeth Powell, Hayley Williams, Rachel Goswell and a children’s choir confirm. The latter, though, assures that the palpable melancholy of old persists. We should all aspire to age this gracefully.

‘Shepherd In A Sheepskin Vest’ is a slow-burner, a long, drifting and meandering record that reveals its beauty gradually. Bill Callahan’s songwriting is at its most beautiful, lyrics and images reaching out to another from one song to another. He weaves a meditation on birth, life and death that is breathtaking in its scope, and demands dozens of repeat listens to fully appreciate.

Marika Hackman and King Princess could have easily made the list, in what has been a fantastic year for queer girl pop, as could James Blake, FKA Twigs and JPEGMAFIA. But having consulted the oracle that is Spotify Wrapped I’ve based my list on the albums I’ve kept coming back to the most, and the top spot has to be Caroline Polachek’s ‘Pang’. Much like Drake, the xx and countless other sad legends, Caroline’s best songs are invariably about heartbreak (take Chairlift’s ‘I Belong in Your Arms’, or Charli XCX collab ‘Tears’) and there are numerous sad bangers on ‘Pang’ to attest to this. Polachek’s voice shines throughout the album and she seems to have found the perfect collaborator in co-producer Danny L Harle, whose input is distinctive but far subtler than it is in much of his PC Music back catalogue. Despite apparently going through numerous rewrites, it’s a properly coherent album, one you can listen to in full again and again. So while it gives me no pleasure, unfortunately I’m going to have to insist that Caroline stays perpetually heartbroken. For the music.

2. Solange - When I Get Home
3. slowthai - Nothing Great About Britain
4. Clairo - Immunity
5. Metronomy - Metronomy Forever

1. JPEGMAFIA - All My Heroes are Cornballs

That Nirvana 92’ energy that so many critics long for is something JPEGMAFIA has embodied fully over recent years, with ‘All My Heroes are Cornballs’ filled with the kind of chaotic yet dynamic punk rap anthems that could help fuel an uprising. The gnarled guitars of ‘Kenan vs Kel’ inspire Peggy to rap like a machine gun about the existential hopelessness of life in the internet age, while the even more abrasive ‘PRONE’, where the rapper raps resiliently despite admitting he probably “should’ve died in the aughts” back when he was serving in the Middle East with the US military, positions JPEGMAFIA as a cult leader ready to open up pits even though the world is burning around him. Scathing, smart, energetic, hilarious, and sometimes dangerous, JPEGMAFIA feels like the most exciting artist of 2019, with his live shows already the stuff of legend. With sequencing that mirrors psychedelic rock opuses like The Beach Boys’ ‘Smile Sessions’ and Love’s ‘Forever Changes’, this is JPEGMAFIA at his most experimental and unpredictable, and it feels like it could be a watershed moment for punk rap becoming the counterculture soundtrack of the Trump years. Things might be fucked, but thank god we have JPEGMAFIA to help us make sense of it all.

In the five years since FKA twigs’ debut, she’s become a star, gone through a high-profile breakup, and had six fibroid tumours removed from her body. Second album ‘MAGDALENE’ plays out as an artist building herself back up from scratch, reckoning with her destruction and using the pain to facilitate her recovery. Set over exquisite production and outstanding songwriting, ‘MAGDALENE’ is gorgeous and devastating, a bible for anyone who needs to harness some strength through tough times and make it out the other side. 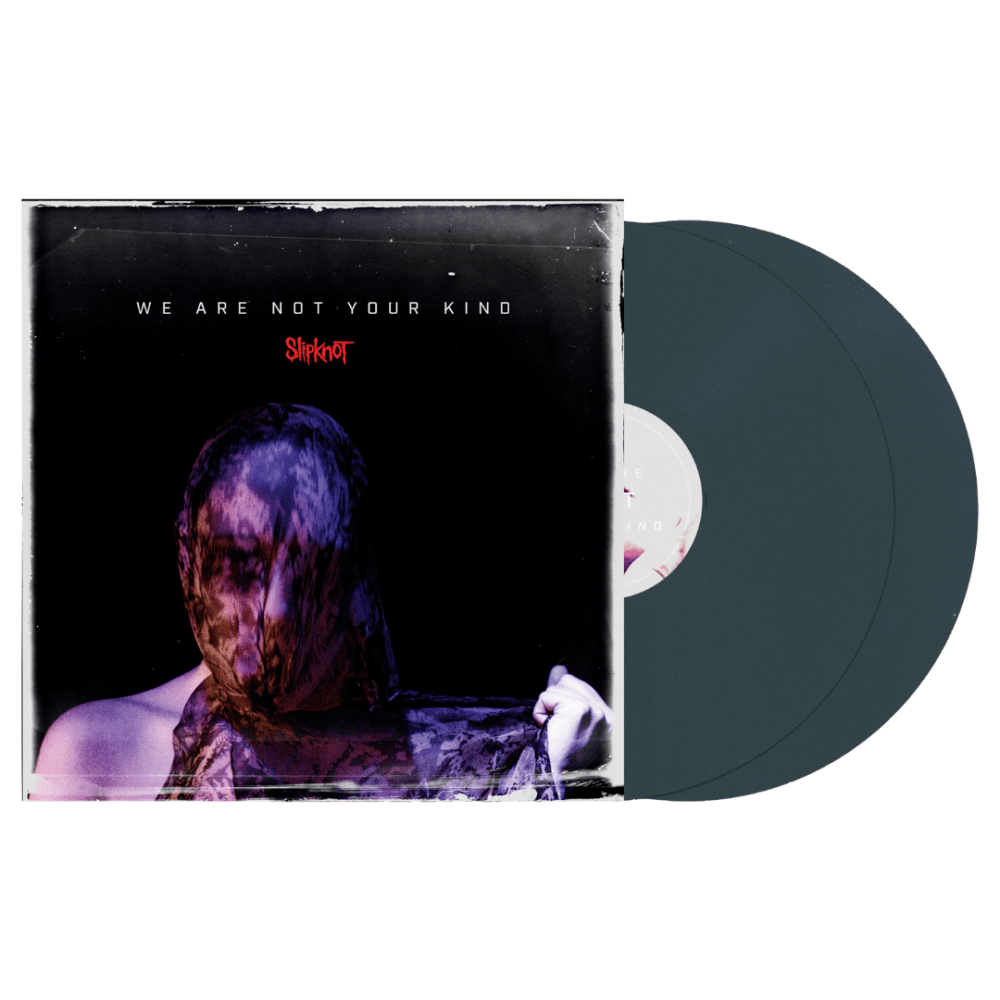 Slipknot - We Are Not Your Kind Blue Double Heavyweight Vinyl 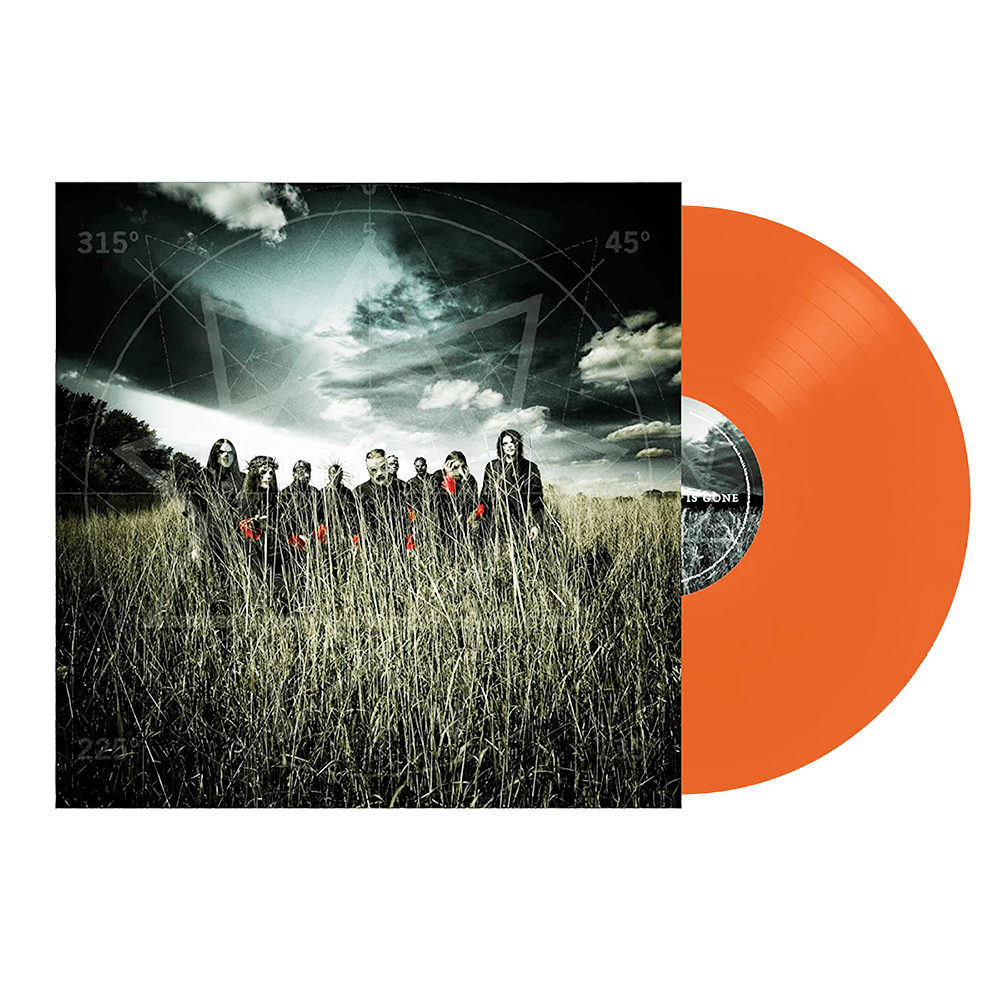 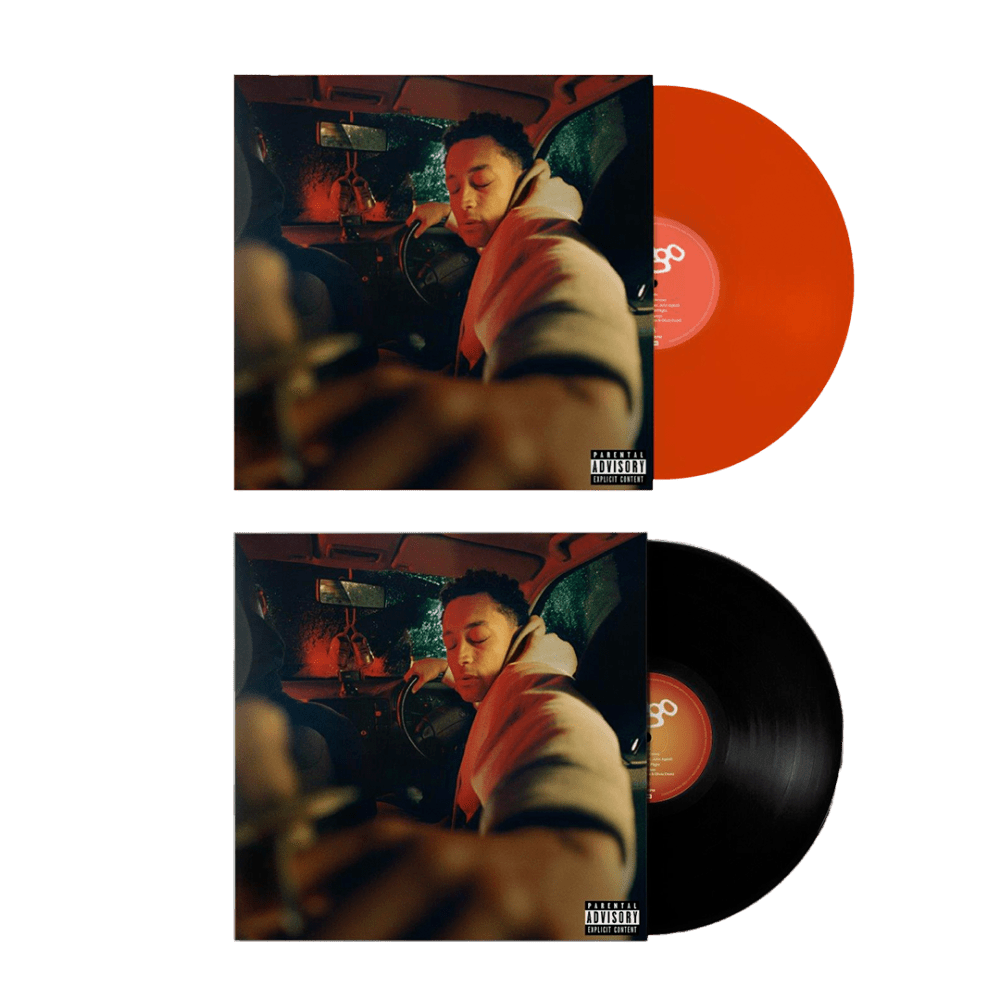 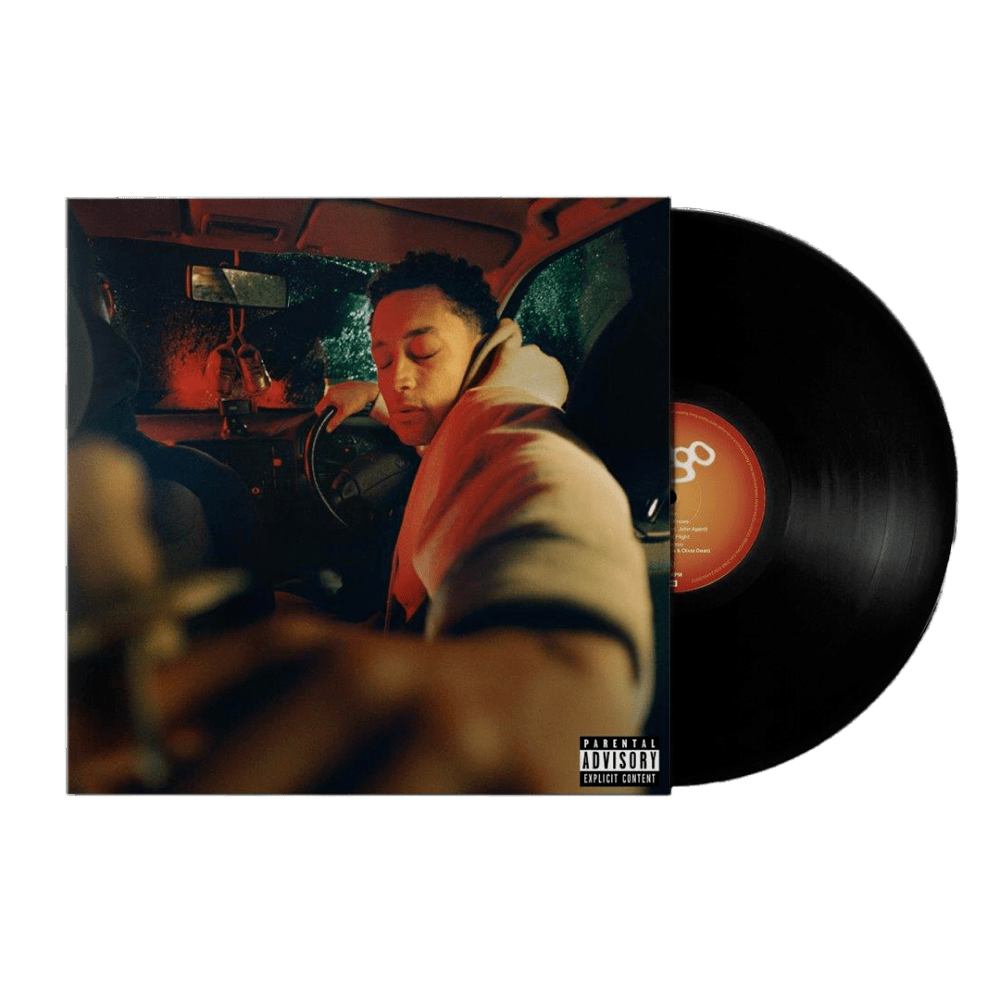 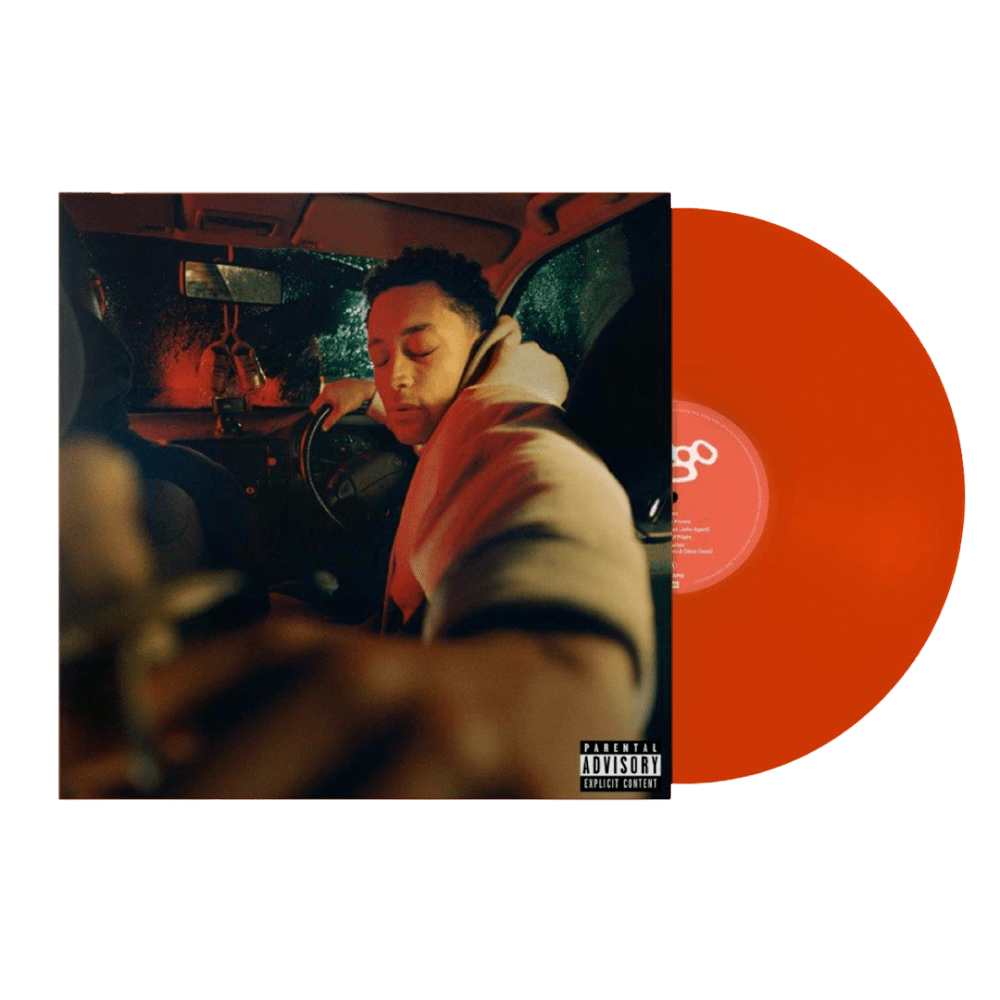