Having previously announced that Tyler, The Creator will be headlining on the Sunday, and that he’ll joined over the weekend by FKA twigs, Disclosure, Charli XCX, Khalid, Jorja Smith, Anderson.Paak, Peggy Gou, Little Simz, Hot Chip, and Mabel, Lovebox are now sharing their second wave of names.

Taking place in London’s Gunnersbry Park from 12th - 14th June, grab your tickets here now and check out the full lineup below. 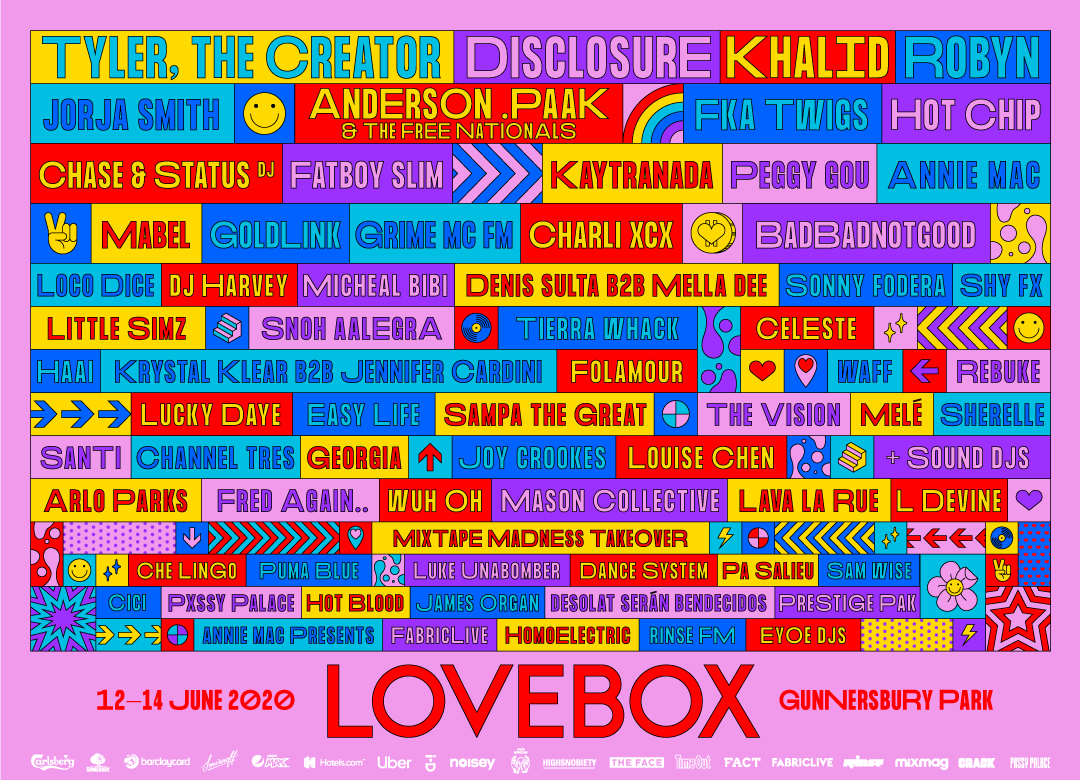