After last year’s festival was cancelled due to severe weather, Boardmasters is back and better than ever. Sharing the first wave of new acts today, the festival will return to the Cornish coast for the five day event spanning 5th - 9th August, which will see huge headline acts as well as their International Surf Competition.

With Skepta, Kings of Leon and The 1975 headlining, the Dirty Hit squad is strong across the event, with Pale Waves and Beabadoobee also set to perform, meanwhile Dizzee Rascal, Mura Masa, Little Simz, The Kooks, Loyle Carner and loads more will also be making an appearance!

Alongside this, Boarmasters have detailed plans to keep the festival cleaner than ever. “There will be beach cleans in partnership with Surfers Against Sewage throughout the year as well as during the festival,” a statement explains. “The successful re-useable cup scheme will continue, along with a litter bond on all camping tickets to incentivise campers to pick up their litter and recycle, and much more in place to make Boardmasters as clean, environmentally-friendly and enjoyable as possible. This is all part of the mission to have eradicated all non-essential single use plastics from Boardmasters by next Summer’s festival.”

Tickets are on sale here now, and you can peep the full lineup below. 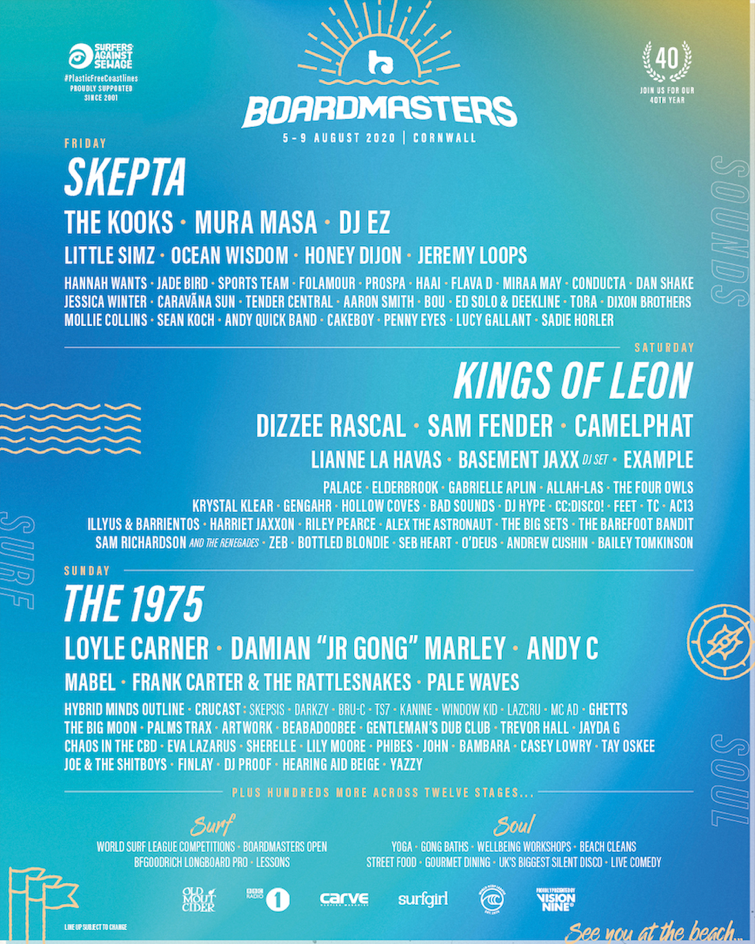