Sharing new track ‘Forget What You Want’ today, the sunny indie tune tackles dark themes, written by vocalist Harry Jordan alongside his long-time friend who has struggled with addiction. Talking about the song, his friend explains, “It’s about a malcontent mind, who whilst trying to sleep, without the distractions of day to day life, gets caught up in an abstract etiological search for the root of all his current problems. The chorus refers to how dark moments are often more formative than happy times: you simply experience and enjoy happy moments, whereas dark moments can linger, stew and twist you irrevocably.”

“I have worked with him in the past and have always found his way of writing incredibly honest and raw whilst being able to deliver the message in such a colourful way,” Harry adds. “The song was influenced by Synecdoche, New York’s funeral poem and a quote from Don DeLillo’s Underground. The chorus also references Cormac McCarthy’s, The Road.”

Just the latest track that bubbles with Eades’ potential, we sent them over some qs to get to know them a lil better.

Eades · Forget What You Want

Describe your music to us in the form of a Tinder bio.
"Hard to put your finger on and Eadesy-going."

What’s your earliest musical memory?
Harry: Listening to Pink Floyd and The Stones in the car with my Grandpa and my mum “singing” the wrong words to her Lenny Kravitz CDs.
Dan: Playing an original composition on a flute in a church nativity show, things have changed a lot since then.
Jof: Listening to a Queen greatest hits CD on my walkman.
Tom: At six, seeing my older sister learning guitar and thinking, "Well if she gets to learn guitar, I want to."

Who were some artists that inspired you when you were just starting out (and why)?
Jof: Always loved Keith Moon for his energy and style when I was younger, Harry and myself always used to play songs by The Who when we first started playing together.
Harry: The Who were big growing up. The Clash are a big one too. I love their diversity.
Tom: The Cribs were always a big deal for me. Geographically speaking, they were the closest I felt to some sort of punk scene. Watching their early sets at The Brudenell, seeing how hard they went and how committed the community were around them was something I wanted to taste. Although we have many disagreements about them in the band, which forever breaks my heart.

You’re from Leeds! What do you think of the music scene there at the moment?
Jof: It's really good, it can be hard to keep up with the amount of music coming out and who to look out for, but I think for the most part, everyone keeps and eye out for any shows that are happening or any music thats coming out. You'll always see familiar faces at shows.
Tom: I’ve lived in Leeds my whole life, and for me the music scene is the healthiest it's ever been.
Harry: It's pretty diverse as well which is really cool. There is also a nice sense of community which is nice, with bands helping each other out where they can. Like our video for 'Same Guy' that was filmed by Joel from Far Caspian.

Are there any other artists breaking through at the same time that you take inspiration from?
Jof: A friend Honey Guide is making some seriously nice stuff at the moment, it's real easy listening, and great sounding. He just released his debut single 'Oh Why'.
Tom: To name a few… obviously our musical siblings Far Caspian, Van Houten, and Niall Summerton is releasing some of the most chilled, feel good music in The North. We also went to see Yard Act at Brude and Goldfishes a few weeks before, two new bands that blew me away more than any bigger band I’ve seen in a long time.
Harry: Roxy Girls are really cool and I’ll have second to Goldfishes.

Who would be your dream collaborator?
Harry: Andrew Savage or Will Toledo.
Jof: Phill Lynott from Thin Lizzy.
Tom: James Murphy from LCD, or maybe Herbie Hancock.

Musically or otherwise, what are you most looking forward to this year?
Jof: Playing shows.
Tom: I’ll be at the front of the queue when Greggs reopens.
Harry: I'll be fighting you for that spot.

If people could take away one thing from your music, what would it be?
Dan: We want people to have a proper bop to our tunes, maximum enjoyment.
Jof: Just to have a good time, I feel like that's what we give off, especially when we play live.
Harry: It would be nice if we could help people forget about whatever shit they've got going on in their lives and just enjoy themselves. 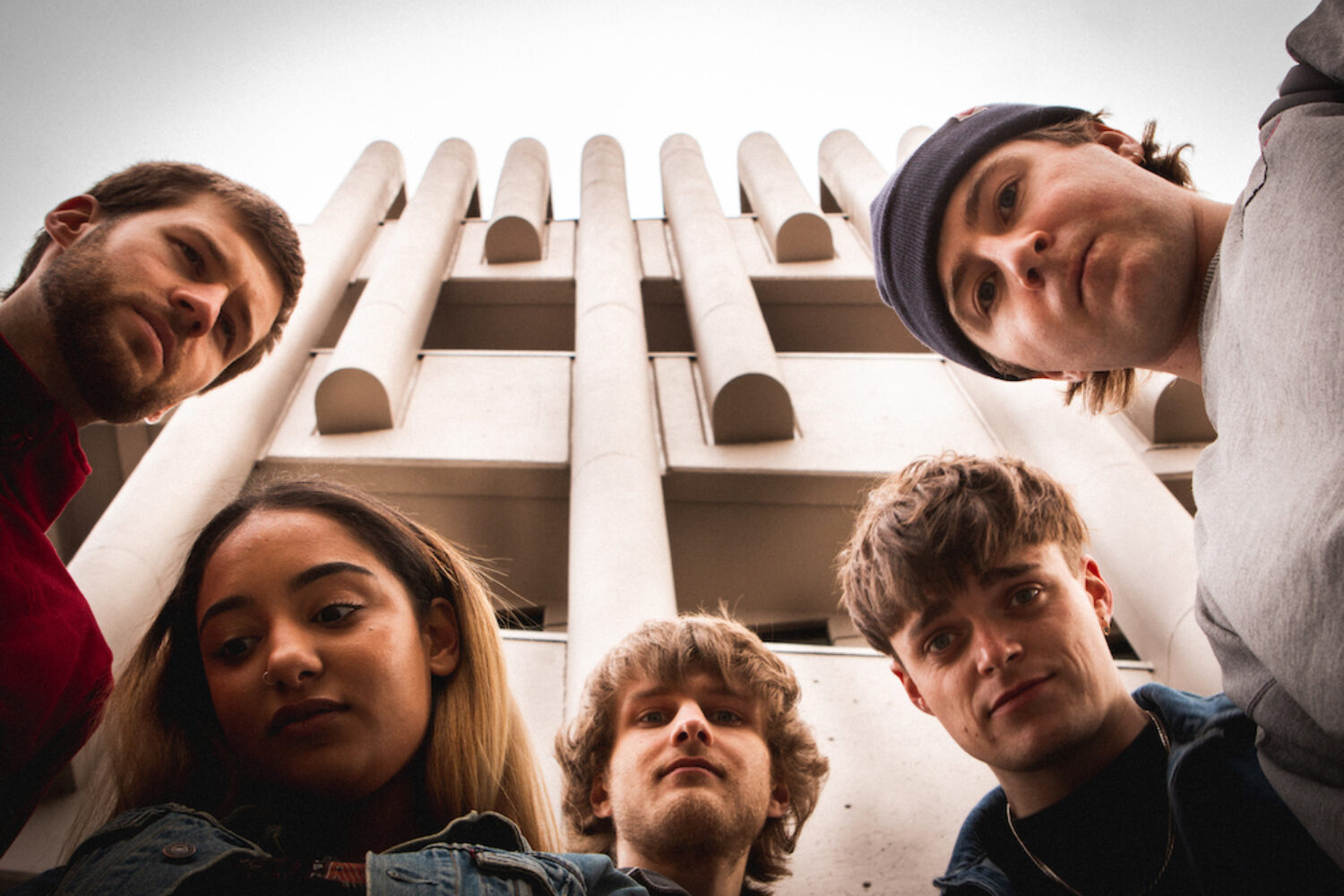 It comes alongside the news that they’ve signed to Heist or Hit! 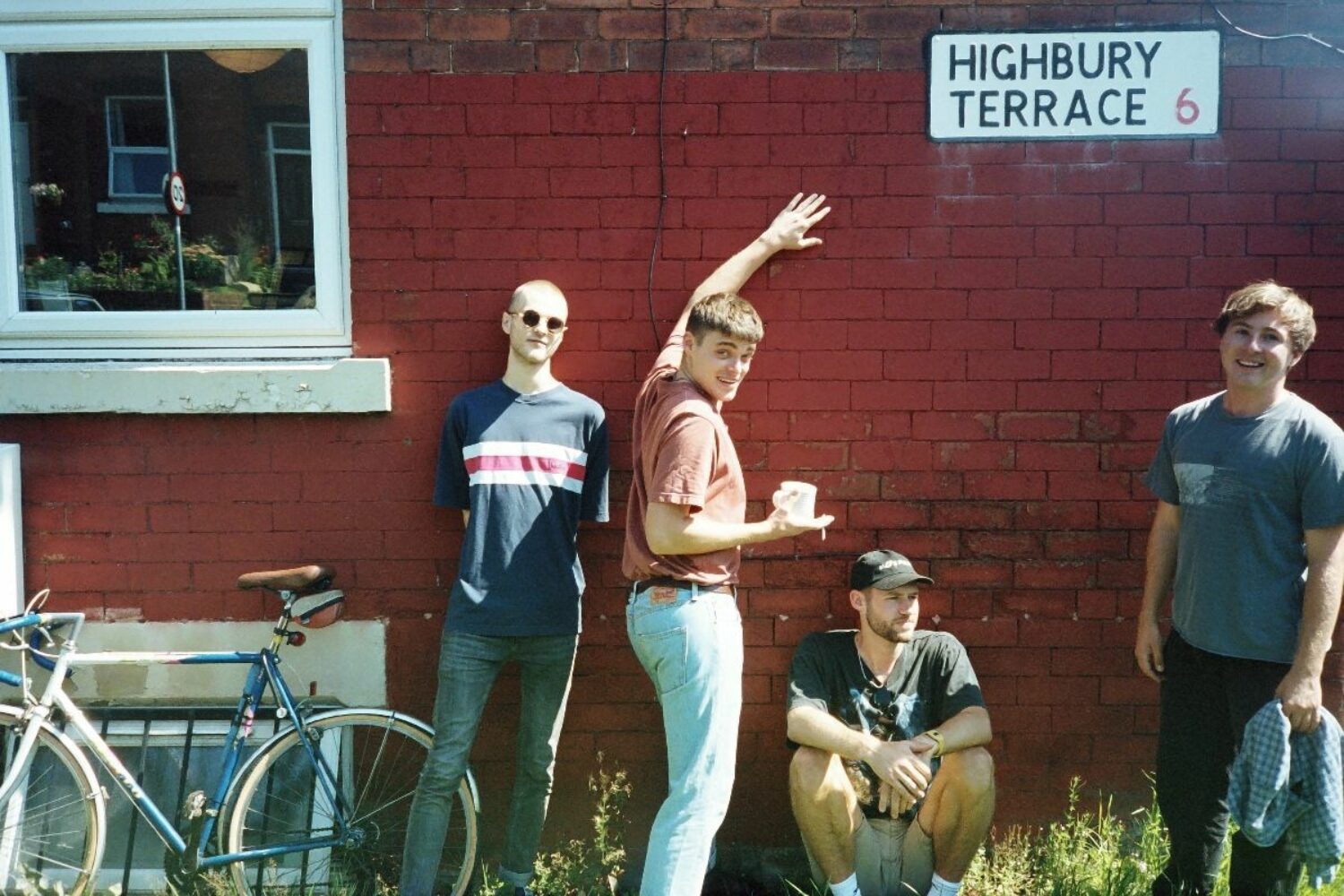 Filmed on a summer’s day in Leeds’ Roundhay Park.