There’s a brand new banger from Dominic Fike, news of Another Sky’s debut album, a whole new EP from Lauv, Foals’ Yannis joining in on a potential club hit (minus the being able to go to a club part, obvs) and much more.

Returning with his first piece of new music in over a year, earlier today Dominic Fike shared brand new track ‘Chicken Tenders’, and tbh it was worth the wait. Not an exact ode to the titular food, his last R&B-infused pop bop is all about ordering some well-deserved post-coital snacks, explaining “I ordered chicken fingers to my room, girl / But we got some things to do first” in his signature laid-back vocals over the woozy building backing. Marking the first taste of his highly-anticipated debut album, the song was originally meant to come out earlier this month before Dominic pushed it back, explaining in a powerful Instagram message to fans that it didn’t “feel right” to be releasing music at that time. Now delivering the sun-bleached track with the fitting weather to match, it’s time to start getting even more excited for his first full-length later this year. (Elly Watson)

Another Sky - I Fell In Love With The City

So good it bears repeating, it’s fairly impossible to discuss any of Another Sky’s wares without highlighting the inimitable, extraordinary vocals of singer Catrin Vincent. Blessed with pipes that stretch from full-bodied, deep boom to clear, pure top notes, her voice always remains the most notable instrument in any given track. ‘Fell In Love With The City’ is no different. An atmospheric, dusky affair that pulses along on cyclical drums, it might not be their most immediately striking offering – in truth, it feels more of an album track than a single of intent - but with Catrin at the helm, there’s still enough to intrigue. (Lisa Wright)

Keeping busy during lockdown at his home in LA, Lauv dropped surprise four-track EP ‘Without You’ this week. All written and recorded while in self-isolation, the tracks are yet another masterclass in pop bops from the seasoned musician, who released debut ‘~how i’m feeling now~’ back in March. Opener ‘Dishes’ is a classic Lauv heartbreak anthem, detailing still being haunted by a former flame, as he sings about how weird it feels “without you” with his delicate pop delivery. A beaut surprise add-on to his debut, we Lauv it. (Elly Watson)

Foals might be best known for meaty riffs and mathy intricacies, but the quartet are no strangers to the power of the drop: you only need listen to 2019 single ‘In Degrees’ to know that pingers’o’clock is an hour often celebrated within the band’s stable. And so, while a team-up between Yannis and dance duo Camelphat may not have been the collab anyone could have predicted, actually it makes a reasonable amount of sense. ‘Hypercolour’, with its soaring lyrics on “the endless open road” and “running through the sky,” isn’t totally new territory for the frontman; instead, it’s sort of like a Creamfields Foals remix. Have a big swig of Dark Fruits, wait for that drop and tell us you’re not into it. (Lisa Wright)

Bruce Springsteen’s original ‘State Trooper’ has always lived in the more stripped-back, intense end of his catalogue. And, like so many of The Boss’ tracks, it possesses a renewed sense of poignancy in light of current events, with the track’s narrator quietly pleading to escape a state trooper’s pursuit. On Alison Mosshart’s new re-imagining of the ‘Nebraska’ cut, it still boasts that same sense of foreboding, this time via crunchy beats rather than acoustic strumming. But there’s something more delicious at play here; the intensity is dialled up through Alison’s unmistakable vocals and her version gives the whole thing a new and unhinged twist. (Sarah Jamieson)

Kesha - Children of the Revolution

50 years since the first T.Rex release, a posthumous induction into the Rock And Roll Hall of Fame for Marc Bolan this year, and a covers compilation released this autumn, from which this is taken - as was Nick Cave’s recent take on ‘Cosmic Dancer’. While not a wildly ‘out there’ take on the track (and certainly not the catastrophe that was Pete Doherty’s mumble on the Live 8 stage way back when), what the recording does do is show off Kesha’s rock vocal chops. Sure, she does reach for the hamminess on a few occasions (the studio-based visuals don’t help on that account, clenched fist and all), but all her power and emotion is matched by a grit that just begs for more riffs in its future. (Emma Swann)

There’s a certain quality – a sort of radiant goodness – that swaddled George Harrison’s finest work in a cosy cloak of warmth; listen to the Beatle’s seminal solo LP ‘All Things Must Pass’ and you’ll be filled with the sense that maybe, just maybe, everything’s going to be OK. Coming into second LP ‘Twin Heavy’, on ‘Fashun’ Oxford boy Willie J Healey is arming himself with the same kind of feeling. Vocals burst with palpable joy; guitar solos ring out into the sky; harmonies are sweet and satisfying. It’s a three-minute slice of good vibes that’ll give you all the warm’n’fuzzies. Good work WJH. (Lisa Wright)

Returning with new track ‘26’, we catch up with Lauv to find out what’s coming next. 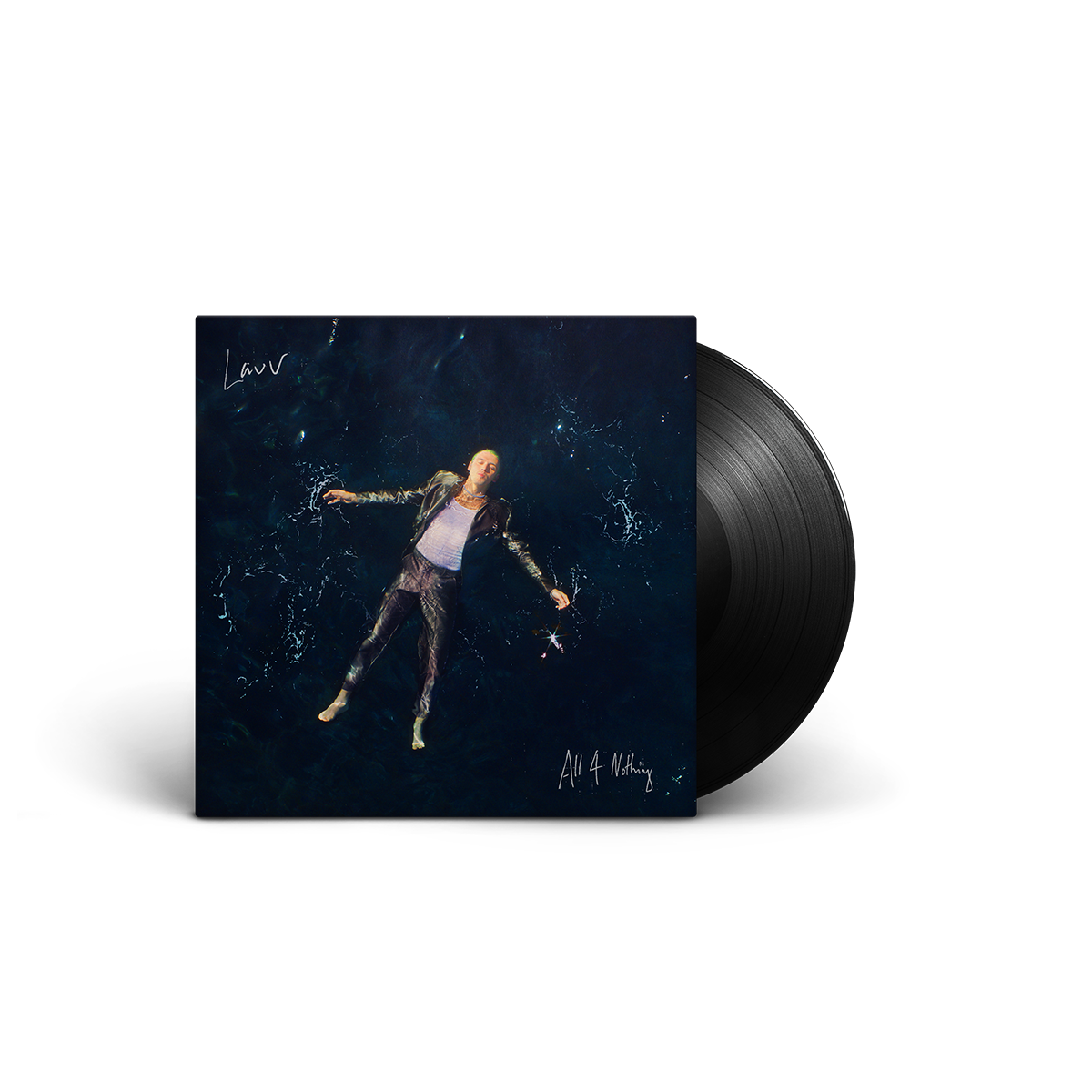 Lauv - All 4 Nothing Black Vinyl 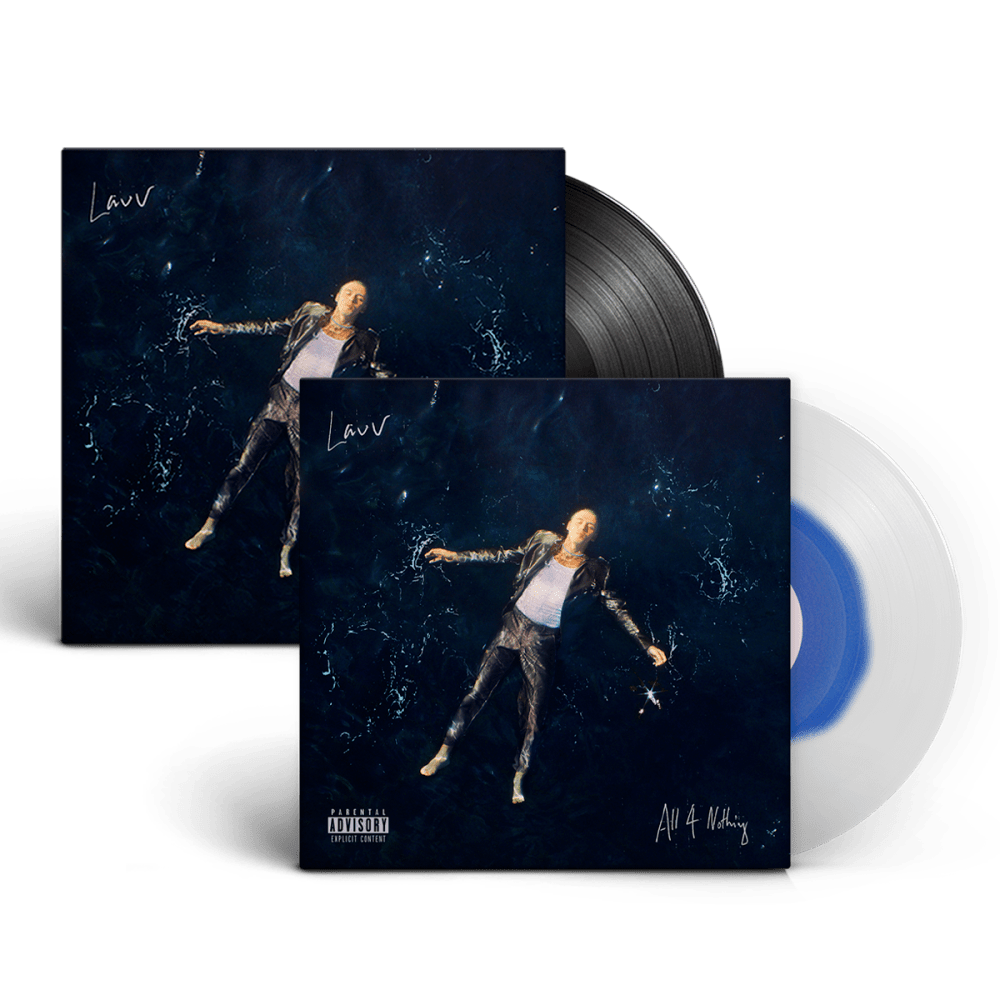 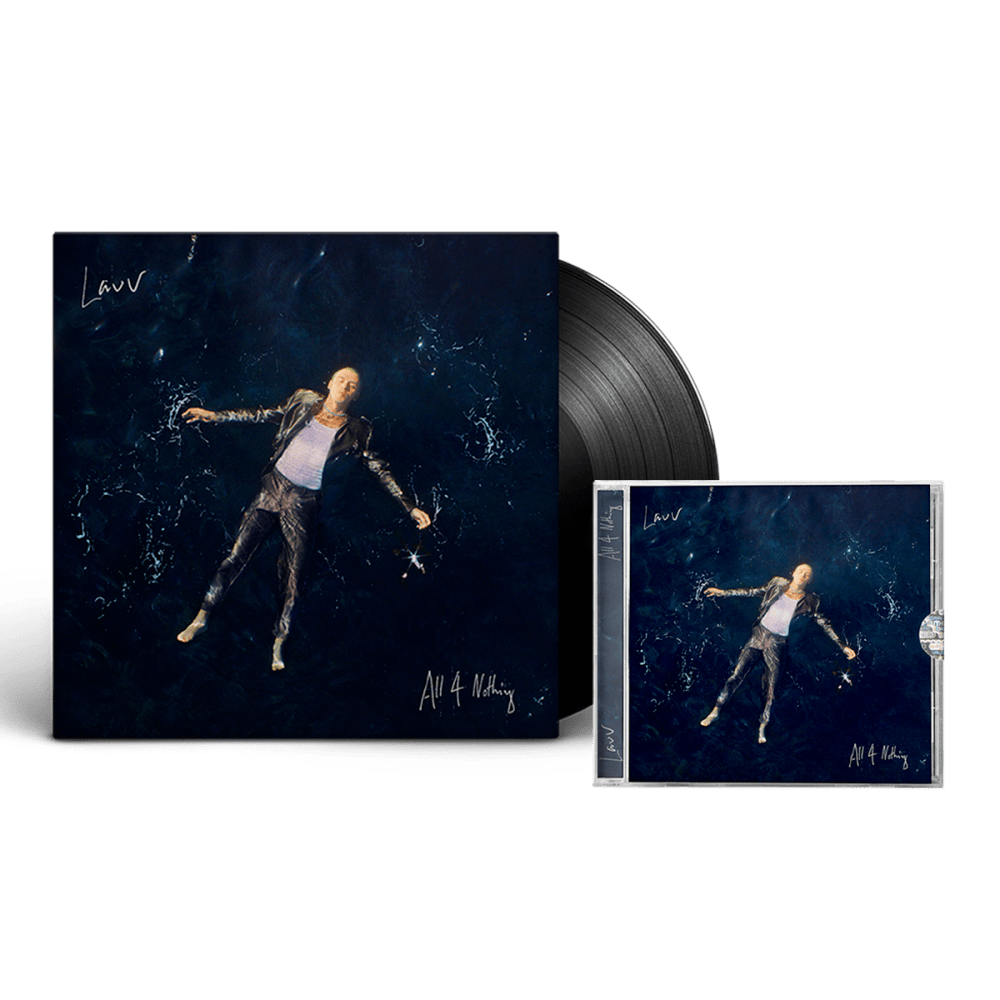 Lauv - All 4 Nothing CD + Black Vinyl 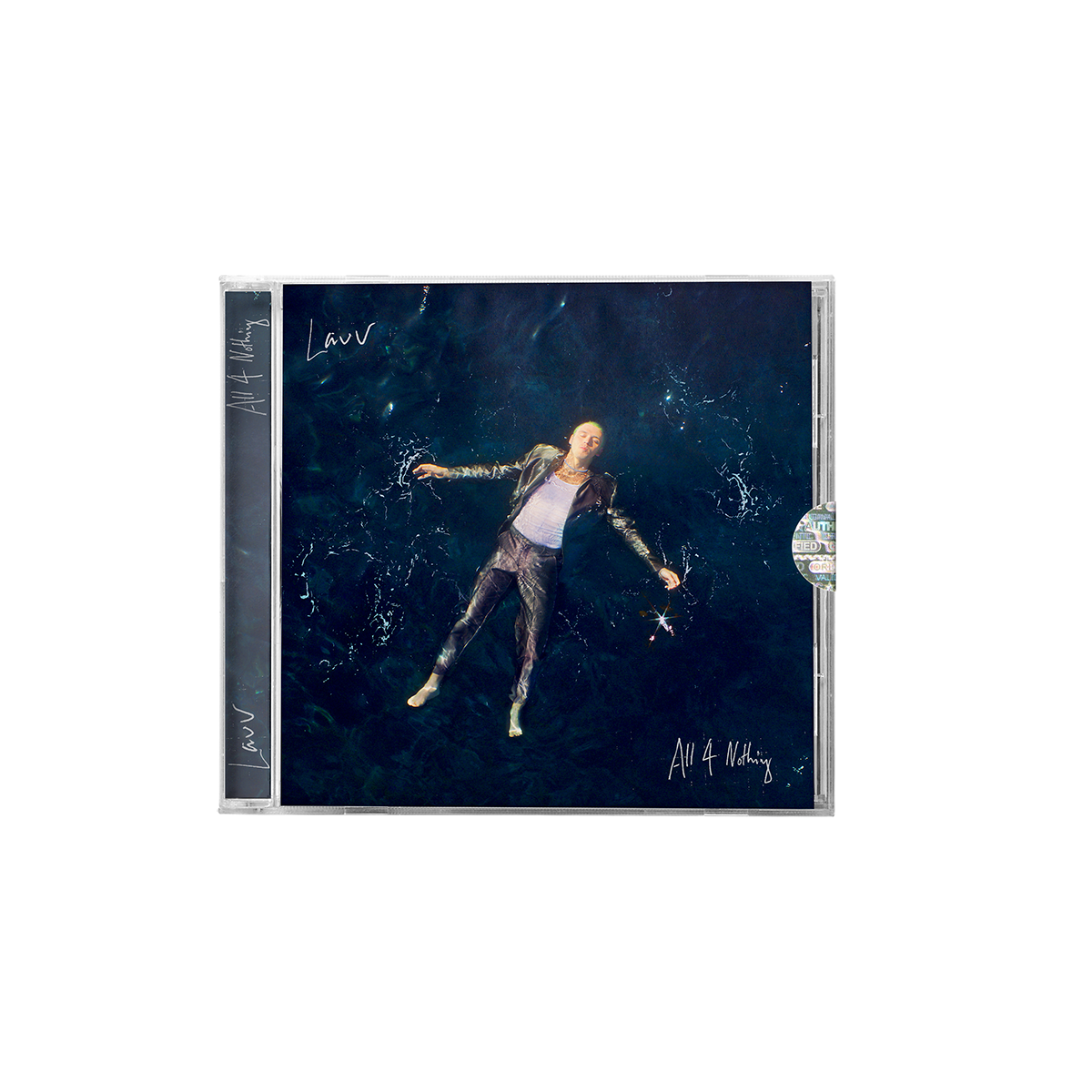 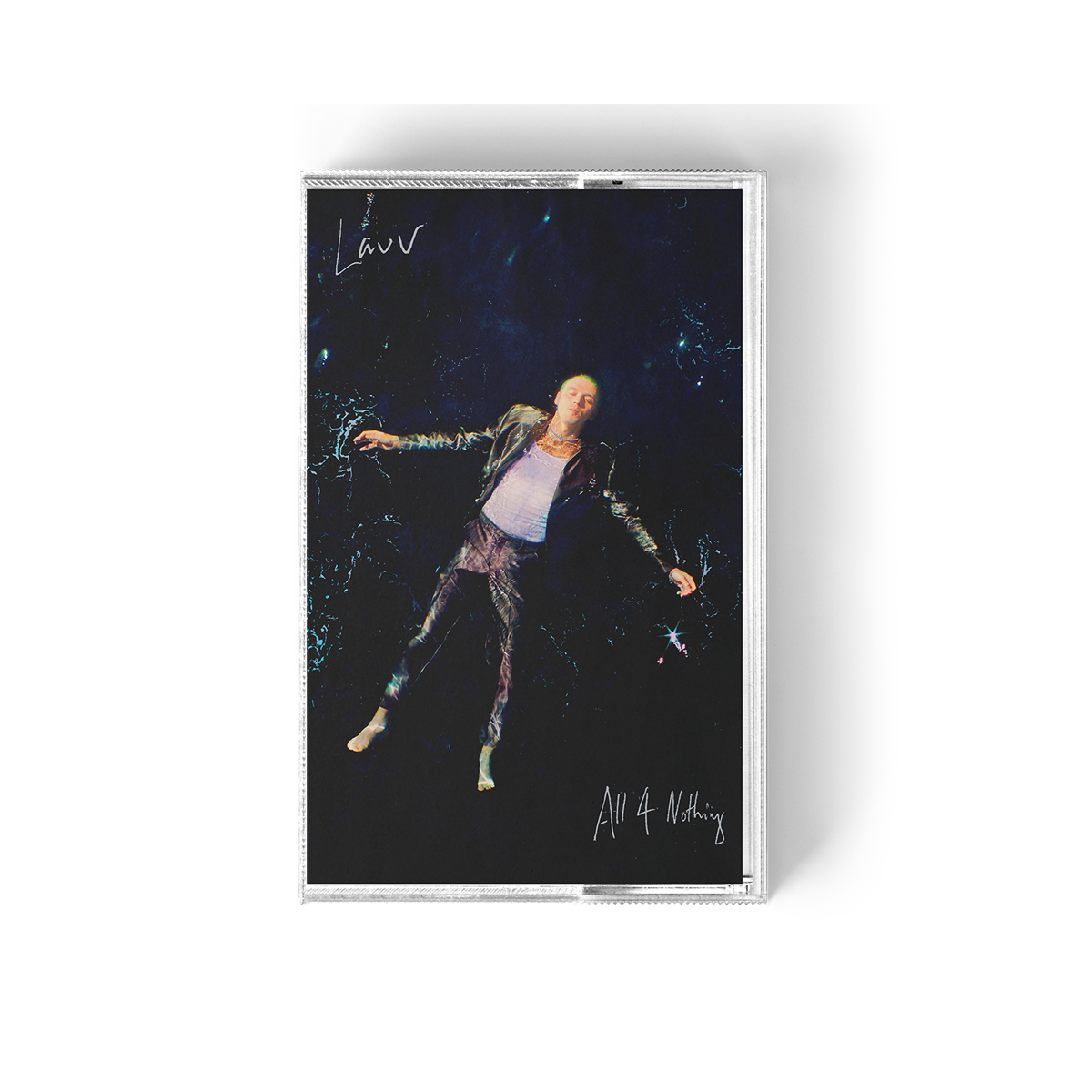 Lauv - All 4 Nothing Cassette 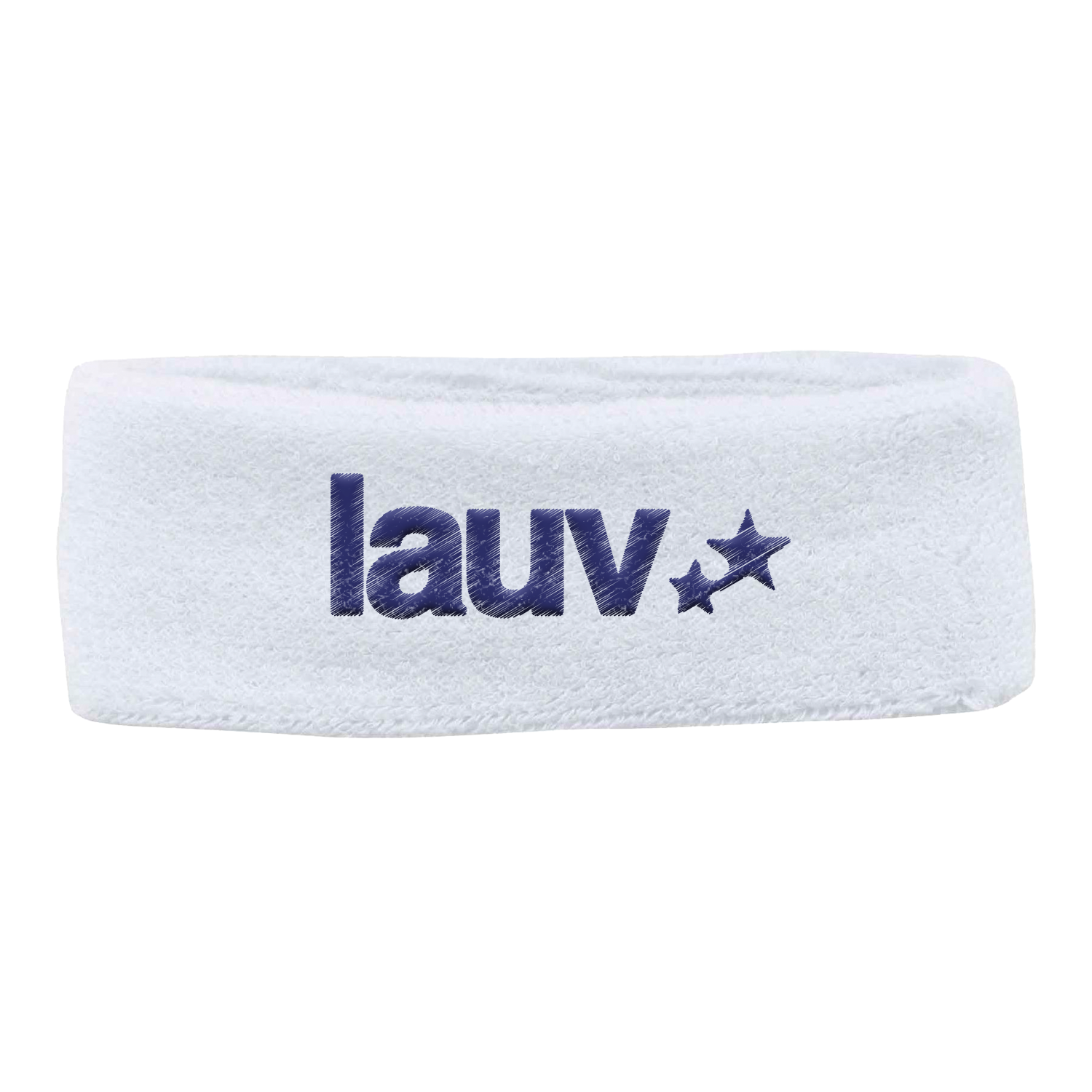 Lauv - All 4 Nothing Sweatband