“They say your second album is supposed to be the difficult one, but it just so happened that our second one…” offers up Creeper’s Will Gould boldly, with a ripple of laughter, “was absolutely cursed!”

For a band who have consistently shrouded themselves in mystery and theatre - from the Southampton-wide treasure hunt they sent fans on around their debut, to their full-on disappearing act following 2018’s London KOKO headline show - you’d be forgiven for thinking that a narrative one-liner like that would be fairly commonplace. As it turns out, though, the curse of forthcoming second LP ‘Sex, Death & The Infinite Void’ actually sounds pretty bloody real.

“We’ve been saying for a long time - long before all of this got really out of hand!!” Will laughs, dropping the bait, “that a lot of things happened with this Creeper record that were really nightmarish. We spoke about it being a cursed record. My original statement about the album was talking about the curse of this second record, and then I rewrote the press release because I felt I was making it into more of a thing. But then the curse rounded up into a global pandemic…

“It feels like we’re almost making [Guns N’ Roses’ infamous super-delayed album] ‘Chinese Democracy’ here! There’s been this arduous process where this record’s been coming for such a long period of time,” he continues. “We had the year off - our optional year off! - and then immediately as we came back, My Chemical Romance came back the same day as us, after nine years or something! And then 2020, like a manic spider, just started weaving this web to try and stop us from ever releasing anything, or going on tour, ever again!”

His laughter comes punctuated with a still-present sense of disbelief: the kind we’re all still getting used to. And while the band did take a year off the road in 2019, only to finish the album, prep for its release and then be told it was going to be delayed due to the COVID-19 crisis, it’s not just the pandemic that wreaked havoc with Creeper’s second effort.

“Over the course of this record, my best friend got hospitalised; my mum’s partner passed away; the producer of the record went through a divorce; the head of the record label’s brother passed away,” he lists. “It was awful; everyone was just going through a tragedy at every point. When the record went to press in America at a record plant, our record was the last to go through that press because it burned to the ground. The whole thing burned to the ground!” Once more, with gusto. “In reality,” he adds, emphasising each word, “It. Burned. To. The. Ground. Isn’t that insane? Isn’t that mad?! Everything that this record touches just turns to shit!” 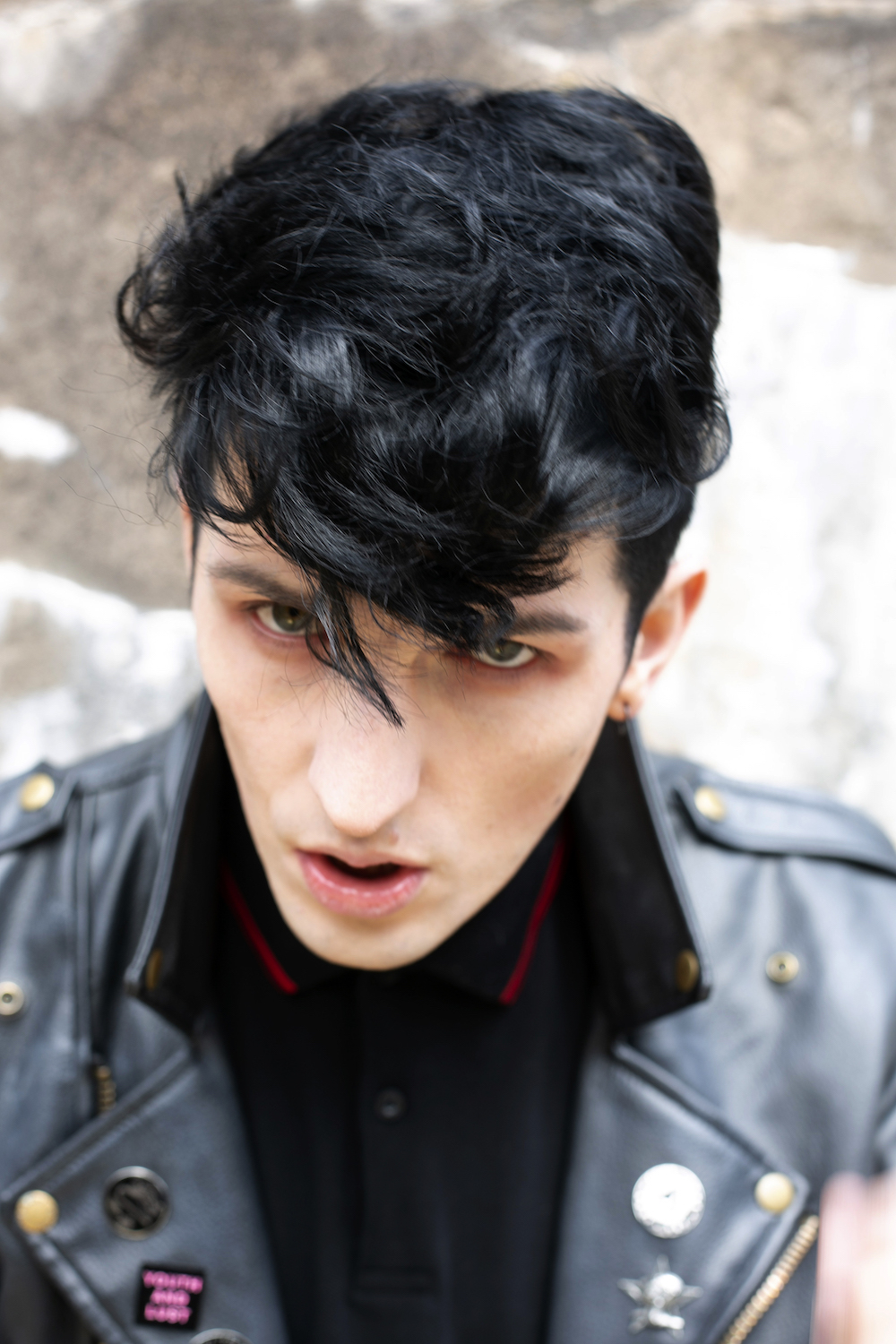 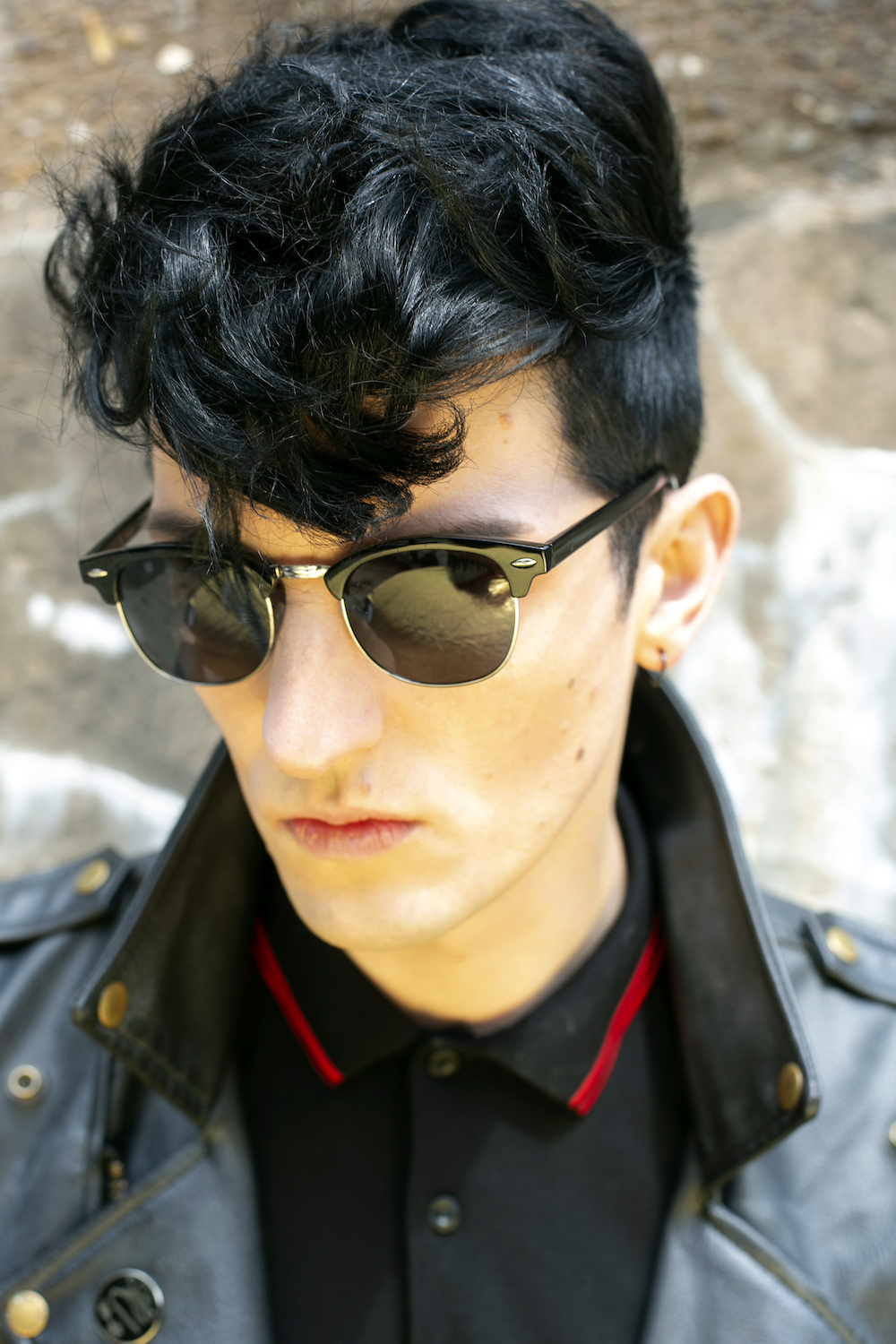 “Everything that this record touches just turns to shit!” 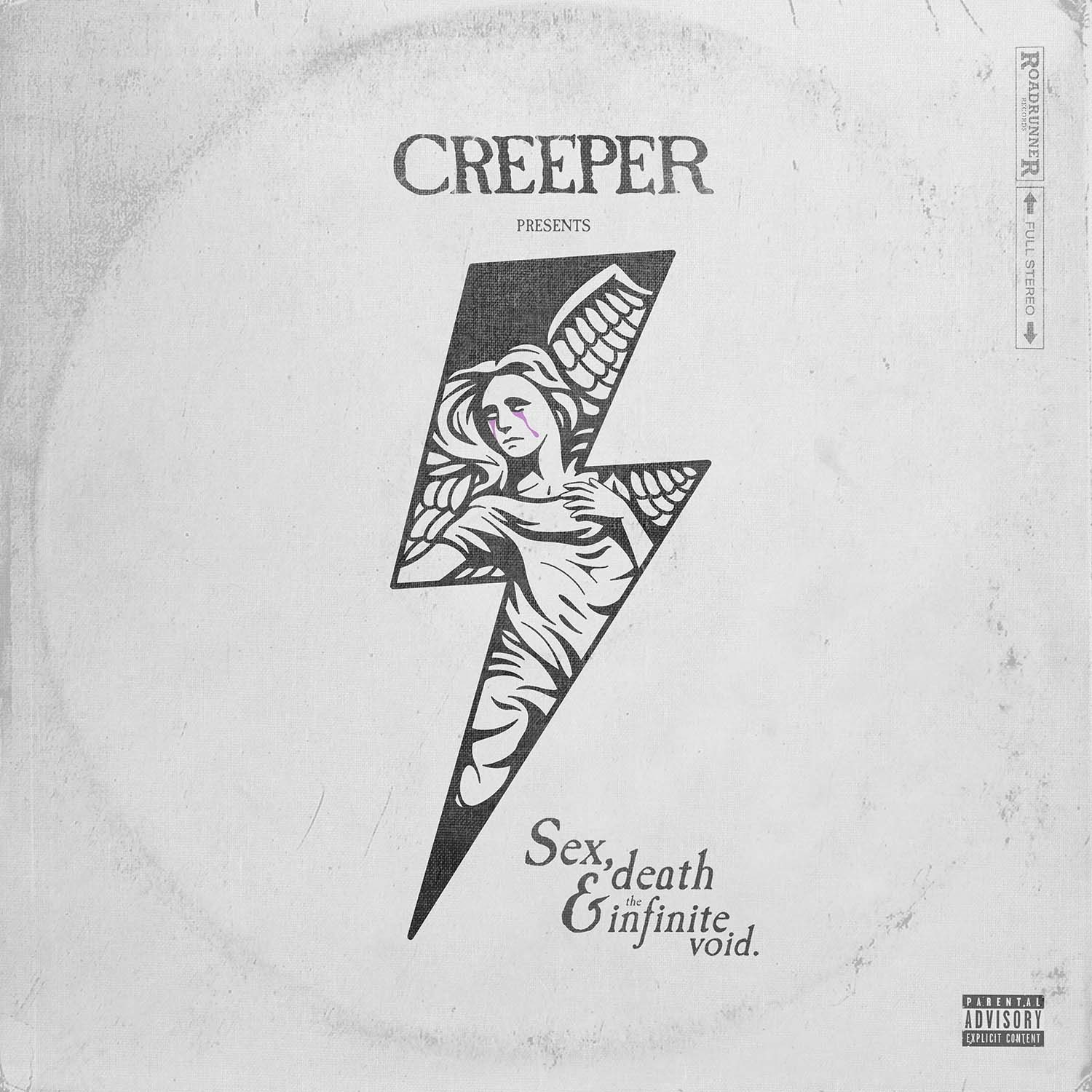 Their most astonishing and liberating move yet.

However, hexed though their album may be, ‘Sex, Death & the Infinite Void’ still makes for as ambitious a next step as its flamboyant title might suggest. Set against the narrative backdrop of Calvary Falls - a small fictional town buried deep in the United States - it’s a predictably bombastic affair. Based upon the story of Roe, a man who’s fallen to earth much like a modern day Ziggy Stardust, and Annabelle, a woman betrothed to another, it revels in the sin of their illicit love and the ways in which they realise their world has changed forever. And while a touch of conceptualism isn’t exactly new territory for the band, their second album also saw the reality of their own personal lives taking more of a spotlight than they’d anticipated.

“Every time we write stuff for Creeper records,” Will explains, “we try and think of the most outlandish, larger-than-life things. It’s supposed to be a more fantastical version of reality; that’s what we’re trying to build. [But even] the most mad story I could come up with falls to the wayside when you learn the reality of how we actually made the record. Even now, the time we live [in] right now, in these extraordinary times, I feel like the reality is a lot more interesting than the fiction. The last [album] was all about the story, and this one has been completely dominated by what’s been going on in our own personal lives, and the larger real world as well.”

Alongside the convincing list of hardships the band found themselves battling - most notably the hospitalisation of guitarist, and Will’s writing partner, Ian Miles right before their LA sessions began - Will also found himself inhabiting a strange space in the world during the record’s making. “There was this feeling of being an eccentric Englishman, wandering the streets of Hollywood,” he told us back in December last year, delving into some of the more peculiar situations he found himself in, alone, while his closest friend was being treated back in the UK. “There are a lot of feelings of isolation, and being a little bit out of place.” It’s little wonder, then, that he would manifest a character like Roe: an otherworldly being who finds himself a long way from home. Whenever they can get back on the road, Will himself will play the character on stage, alongside bandmate Hannah Greenwood’s Annabelle. 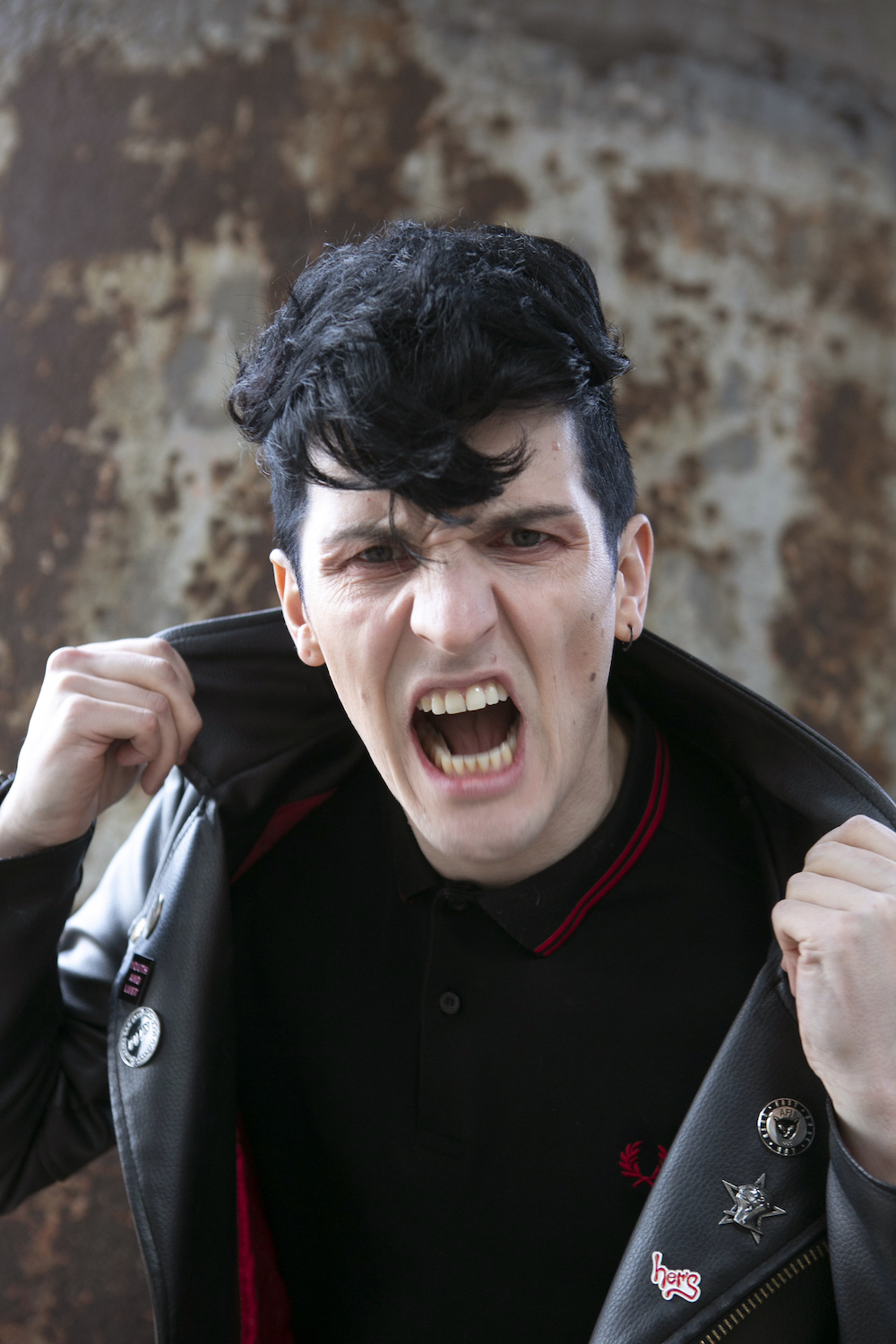 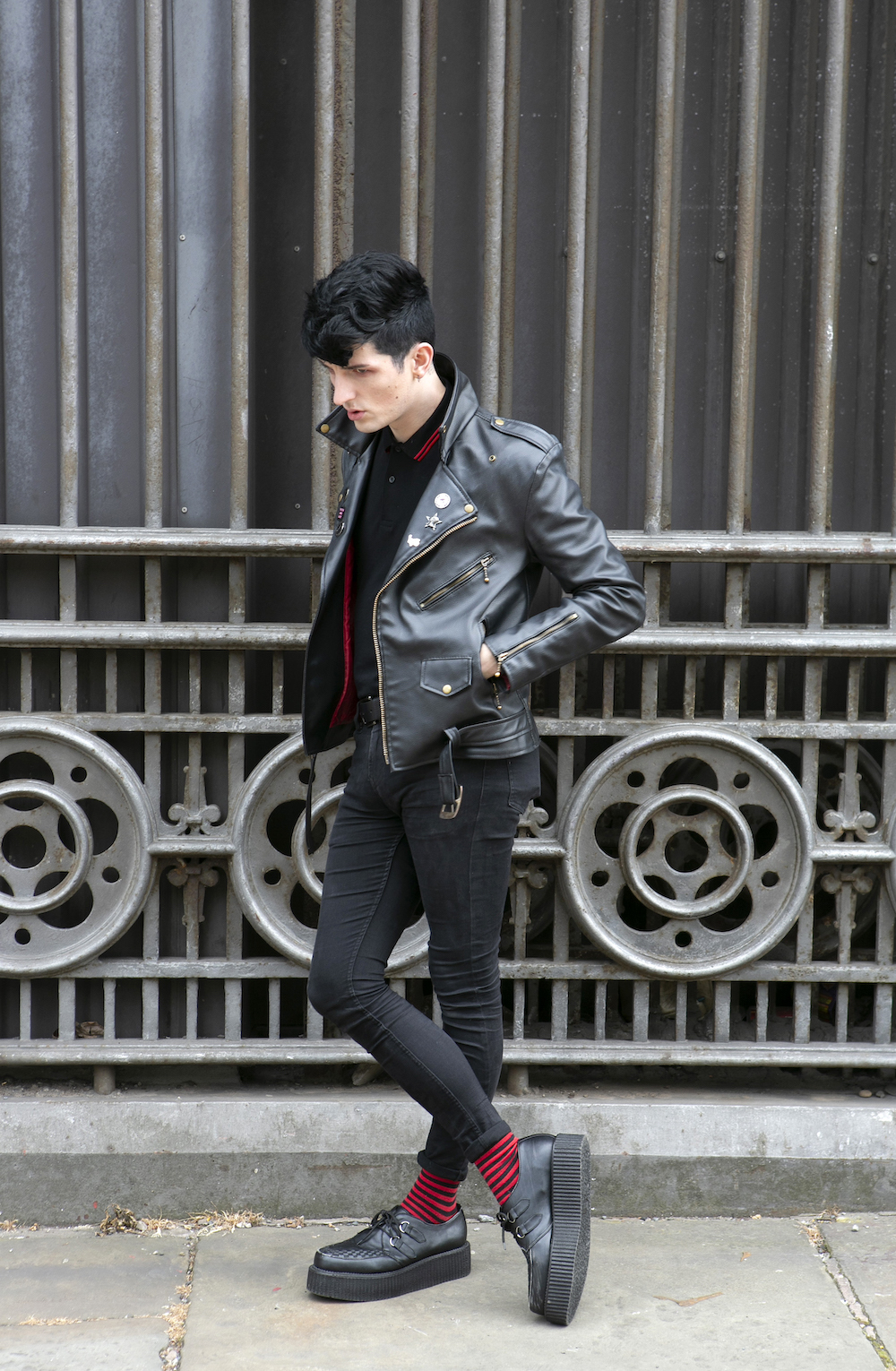 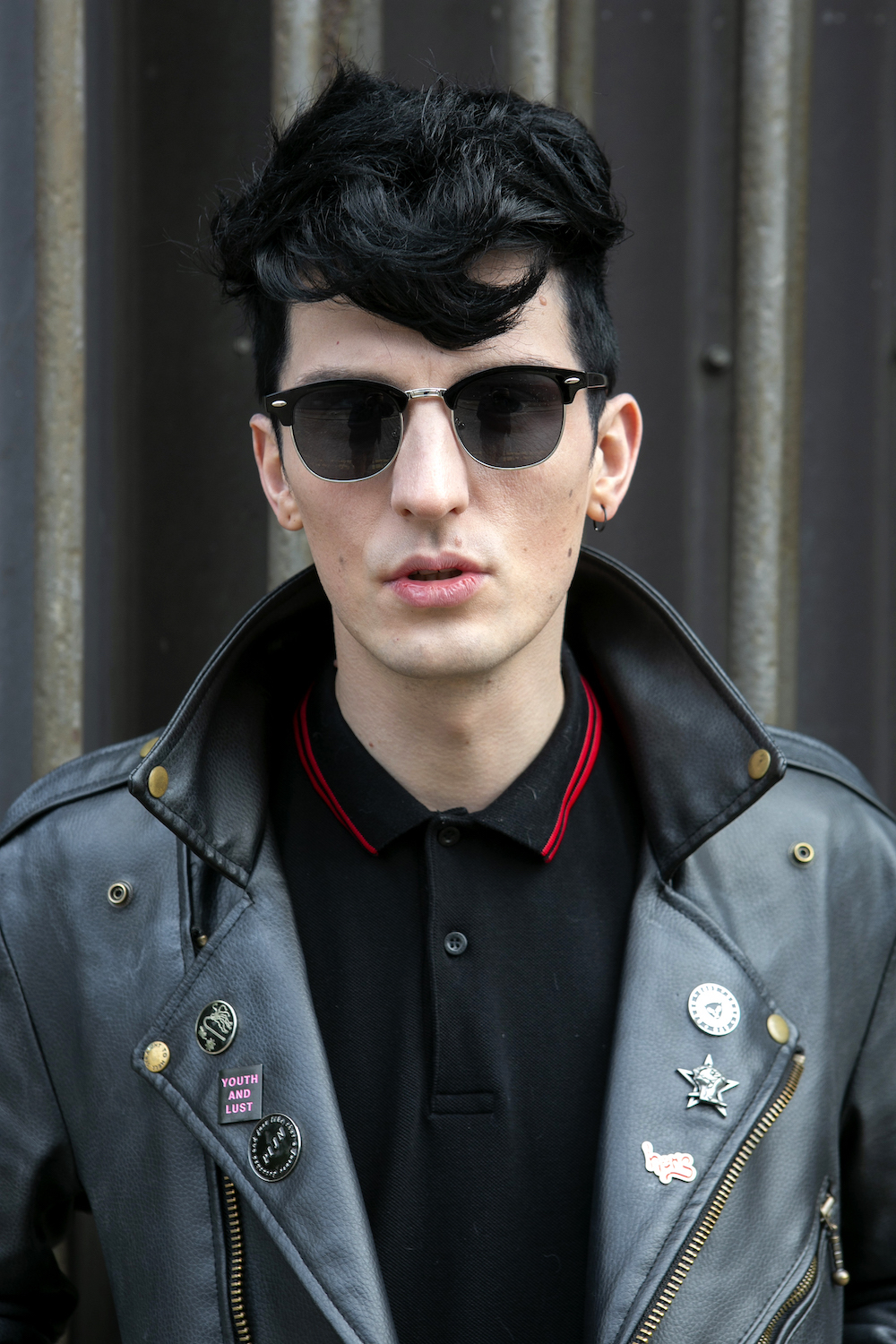 “2020, like a manic spider, just started weaving this web to try and stop us from ever releasing anything ever again.”

Behind The Silver Screen

After 2020 delayed the band’s plans, rather than just sit around and bide their time, Creeper used the extended deadline to their advantage: they decided to make some more videos! And how exactly does a band make a music video during lockdown? Will explains…

“When we realised the record was going to be pushed back, we saw that as an opportunity to make some other pieces and to expand the world. We’ve now got a video for ‘Be My End’, which we had animator Marco Pavone do, and he’s worked on a bunch of Disney stuff which is really cool. We realised there were some elements of this story that you haven’t seen in the videos where we are playing [the characters] - in an animated world, you can offer up more depth to the landscape, and the world that the characters live in, and that video now sets up the finale. It’s a bit like in Who Framed Roger Rabbit? when they go to Toon Town for a bit. We briefly go to Toon Town and then we drive straight back into the real world!

“The other video we made while we’ve been in lockdown was for ‘All My Friends’. It just felt like an appropriate song to put out at this moment in time, and we thought it was better for this video not to shy away from what’s been going on - not shroud it in character - so we decided to do a performance video, do it simply and me and Hannah shot the footage for it separately, and Olli [Applewood, from band Static Dress] edited it together. We used quite a lot of noir reference points, and I had my makeup done a bit like Dave Vanian from The Damned. We used it as a chance to be a bit more art school filmy, which is stuff I’m much more familiar with, as that’s the kind of filmmaking I used to do when I was younger.”

Yet while horror and magic-doused imagery have always helped to define Creeper’s vision thematically, on their second opus, the band give things a more unpredictable switch up sonically. “It’s completely the opposite of what we’ve done before,” Will confirms. “There are little shards of the past in there and, if you look for it, you can see our workings, but I don’t think people are going to be expecting it.” While 2018 debut ‘Eternity, In Your Arms’ saw them build on the hardcore-laced pop-punk foundation they’d built thus far, it’s with this next album that the band rewrite their own rulebook.

This time, the album arrives with an Americana tinge, and manages to sway from doo-wop to country and back again with the deftest of moves. The adrenaline-charged slashes of punk are swapped for a more melancholic pop bombast (punctuated by eerie spoken word passages by Sisters of Mercy and The Damned’s Patricia Morrison) and the shadow of old school Hollywood, where the album was recorded, looms large.

“The idea was to think, ‘Hey, what stops us being like every other band?’” Will reflects. “What’s the thing about us that makes the difference? Before this band, we did loads of other projects which never did anything because no one ever wanted to see them. But just because one [project] has done alright, that seems a really rubbish way to keep going - to just constantly make the same thing over and over again. [We thought] ‘What else do we like?’ and started digging through. Wouldn’t it be cool if we did stuff with me and Hannah where it was like Nick Cave and PJ Harvey? Or we could do something that was like a Roy Orbison country song…”

And while exploring that different side of their influences - more Bruce Springsteen than Alkaline Trio - made perfect sense to Will and his bandmates, it still wasn’t the smoothest of rides. After all, any amount of success comes with a certain level of expectation, and rocking the boat isn’t always that simple.

“Trying to persuade everybody to get on board with that was scary at first, because no one wants you to do that,” he confirms, referencing the wider network of people that surrounds a band of their increasing stature. “People get a bit worried at first, but as soon as people start hearing it and understanding… There seems to be a trajectory of a career for a band like ours, but I always think that blueprint was written ages ago. It just seems so boring from a creative standpoint and I can’t see myself being comfortable doing that. I would rather do something else entirely than dedicate my whole life to something that I no longer believed in.”

Now, in the cold light of the present day, Will admits it does feel strange to be releasing an album like this into such a different version of the world than it was first conceived in. “To try and release a record that’s based a lot in fantasy at a time when a very harsh reality is out there, it’s difficult,” he nods. “Trying to release something that works in escapism, rather than holding a mirror up to society, it’s certainly an interesting thing.”

But while the curse of ‘Sex, Death & The Infinite Void’ may still be rearing its head - “2020 really does not want us to release this album, I’m telling you now!” - Creeper can be confident that, in spite of the circumstances, they’ve pushed the boundaries of what’s expected from modern rock bands, and claimed victory.

“I’m hoping it’s going to hit people in a way that they don’t quite know what to do with it,” he says wistfully. “Some people are not gonna get this record, and I’m ready for that, but I am interested to see what people think. I’m really proud of it all though, and I kinda live for that chaos.”

‘Sex, Death & The Infinite Void’ is out 31st July via Roadrunner. 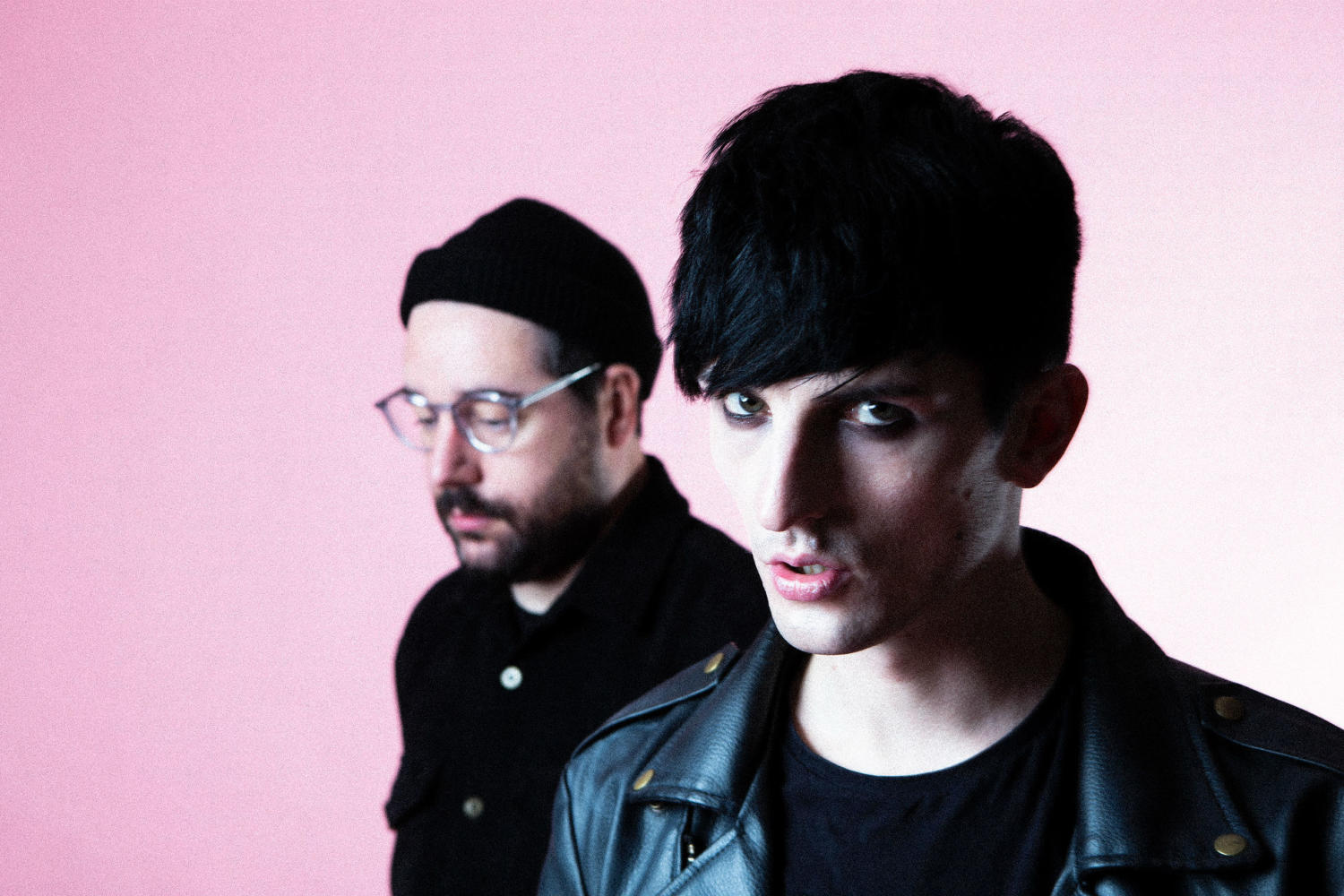 Their self-titled debut EP will land next month.

It’s the “grand conclusion” to the narrative so far. 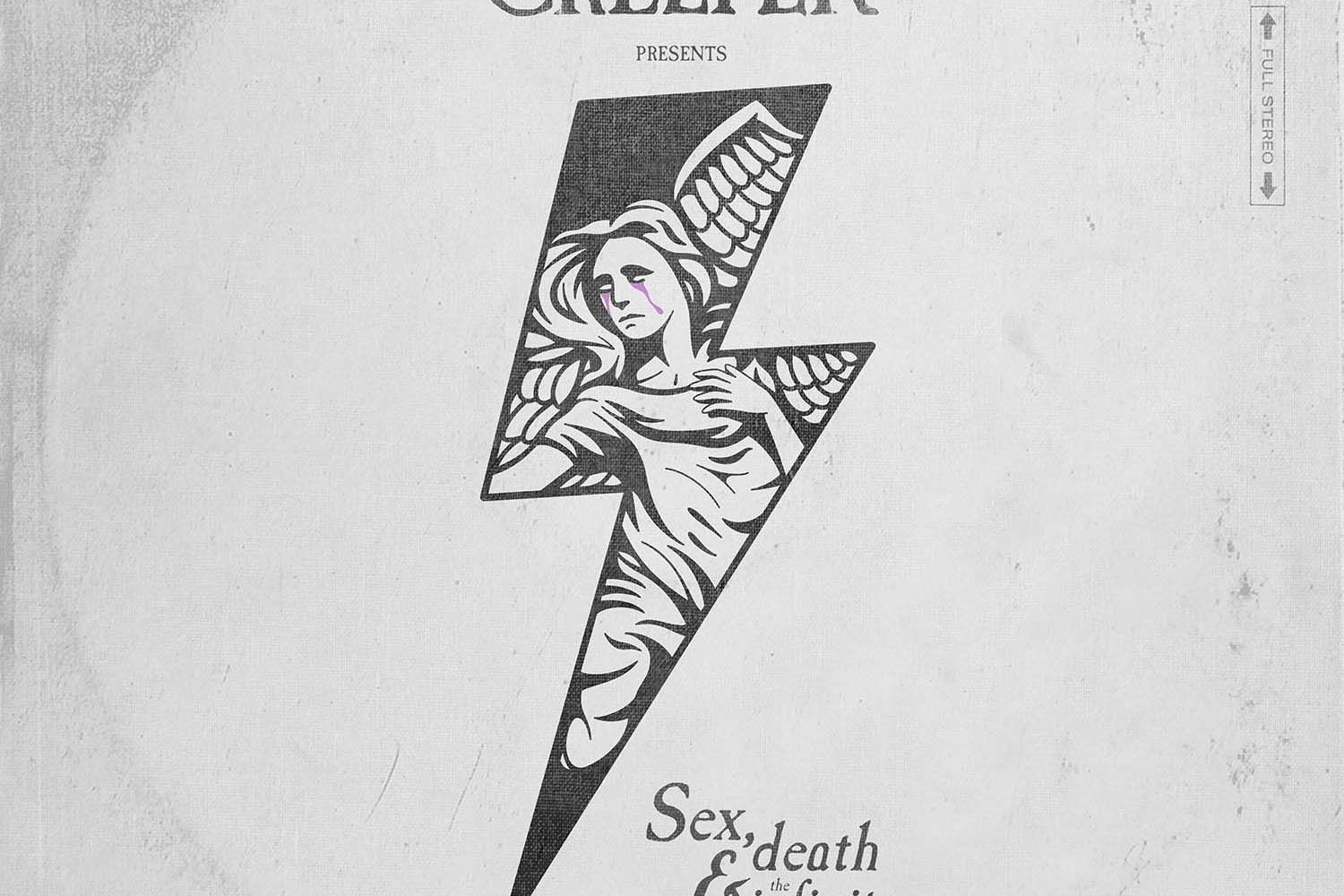 Their most astonishing and liberating move yet.

It’s the latest taste of their upcoming album ‘Sex, Death & The Infinite Void’.